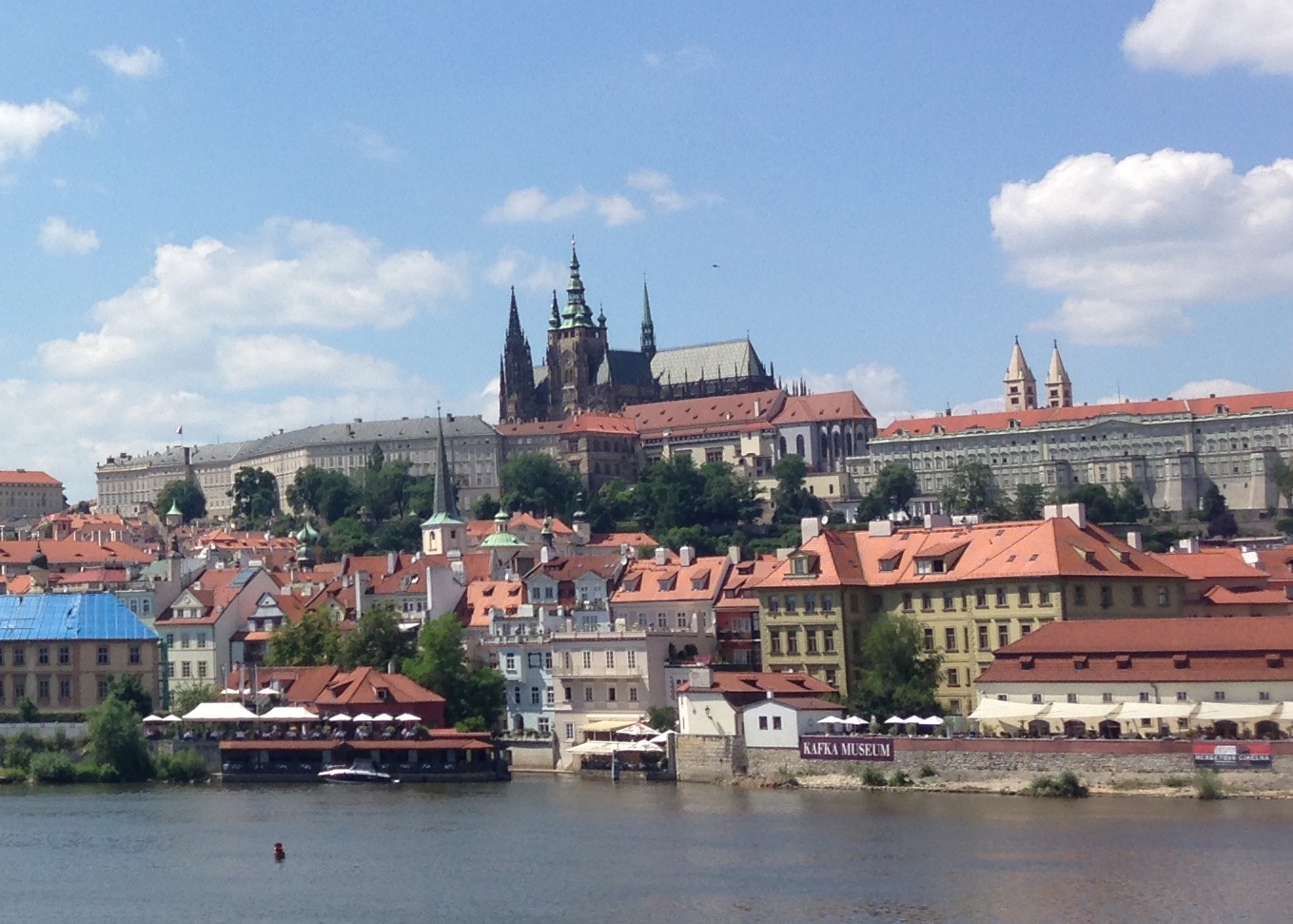 Prague, the capital of the Czech Republic, is difficult not to love. Culture abounds, with concerts from baroque to techno happening all the time. The people are friendly, and are just the right mix of easy-going yet purposeful. On top of all this, it's a beautiful city: Gothic and Renaissance buildings are everywhere, and it's a treat just to wander the side streets.

Firstly, I'd recommend not staying in the centre of town. Unless you've stayed in Times Square and thought it was the best thing ever, the Old Town Square and its surrounding area are going to be way too touristy.

Try to keep south of the Old Town Square and east of Náměstí Republiky. We haven't really explored the west bank of the river, but it seems to be pretty nice. The town is so walkable it doesn't matter if you're a little outside the centre.

I've written about tourist-y things to do (and some to not do). I'd highly recommend doing the Rick Steves City Walk Tour. You see all the main sights and get some historical info.

I didn't care for Prague Castle or the other super-touristy stuff we did. What I enjoyed most was looking up concerts or events via expats.cz and going to those. You get a nice dose of culture, and the buildings/areas they're in are usually just as opulent as a tourist trap.

Aside from that, I'd suggest picking a church, synagogue, museum, or whatever, and walk there. Wander through the streets and take in all the architecture. It's extremely rewarding and in the Old Town, difficult to find anywhere that isn't gorgeous. To start, I'd suggest the synagogues of the Jewish Quarter.

Beer is everywhere, and it's extremely cheap. You can easily get a pint for $1.30, and I'm sure even that would be considered expensive in some parts. I haven't particularly been looking to try new beers (the Taste Local Beer tour would have been good for that), but most places seem to serve lagers (Pilsner Urquel is pretty popular). However, I did stumble upon the Prague Beer Museum (note: it's not a museum) which had thirty beers on tap and a make-your-own sampler of either five or ten beers. They had a wide range, and two great IPAs: one made for Prague Beer Museum itself, and Matuška Brewery's Raptor IPA.

There's a fair amount of Czech wine (usually from the Moravia region), and places usually have a house white and red. It's pretty good stuff, and I'd recommend drinking some while you're here, as I don't think I've seen it in many other places.

The level of cocktail competency in Prague is far, far higher than most other European cities we've visited. However there are a number of over-hyped bars too. I've listed places we've been to by my ranking, from highest to lowest, so if you're visiting Prague... start at the top and work your way down.

Groove Bar: This place became our preferred spot for drinks very quickly. The music is great and there's a wonderfully relaxed atmosphere. The drinks are far cheaper, and just as delicious, as most of the other places on this list. Get the signature Greenteani, it's refreshing, smooth and thoroughly drinkable. Also, this is where Absinthe Prague happens. 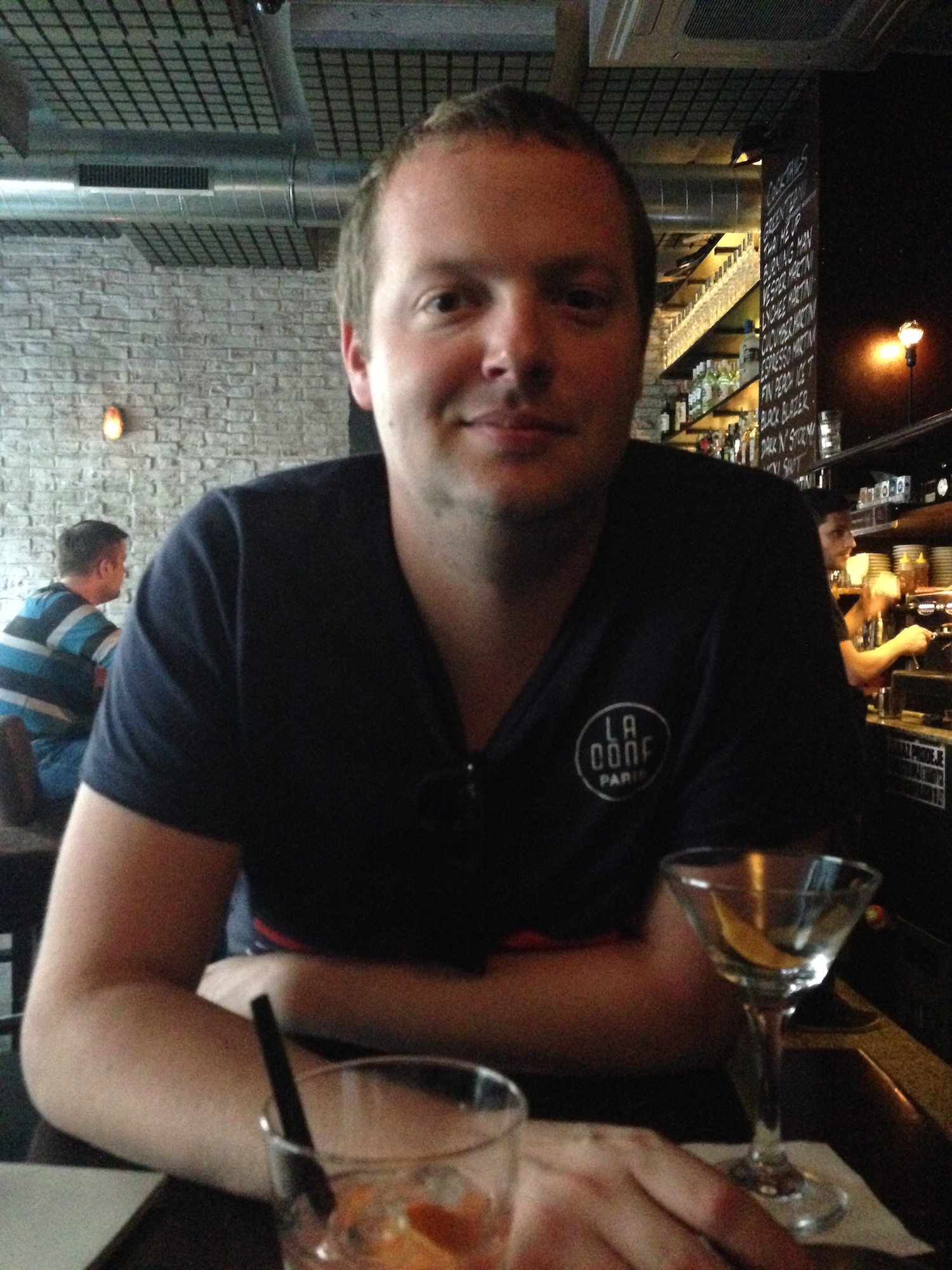 Tretter's: styled as a "New York" bar, this place has a great menu – a mix of classics and modern inventions. The cocktails were delicious and the bartenders were super-friendly. I'd recommend this place over Bugsy's Bar!

Bonvivants: I really wanted to like this place, but it fell short in a number of ways. Hampton had a manhattan (obviously), and the vermouth was off. It took ages to get our food – and when it did come, only one plate of the two came out. The food was decent, but not spectacular, and not really worth the wait. 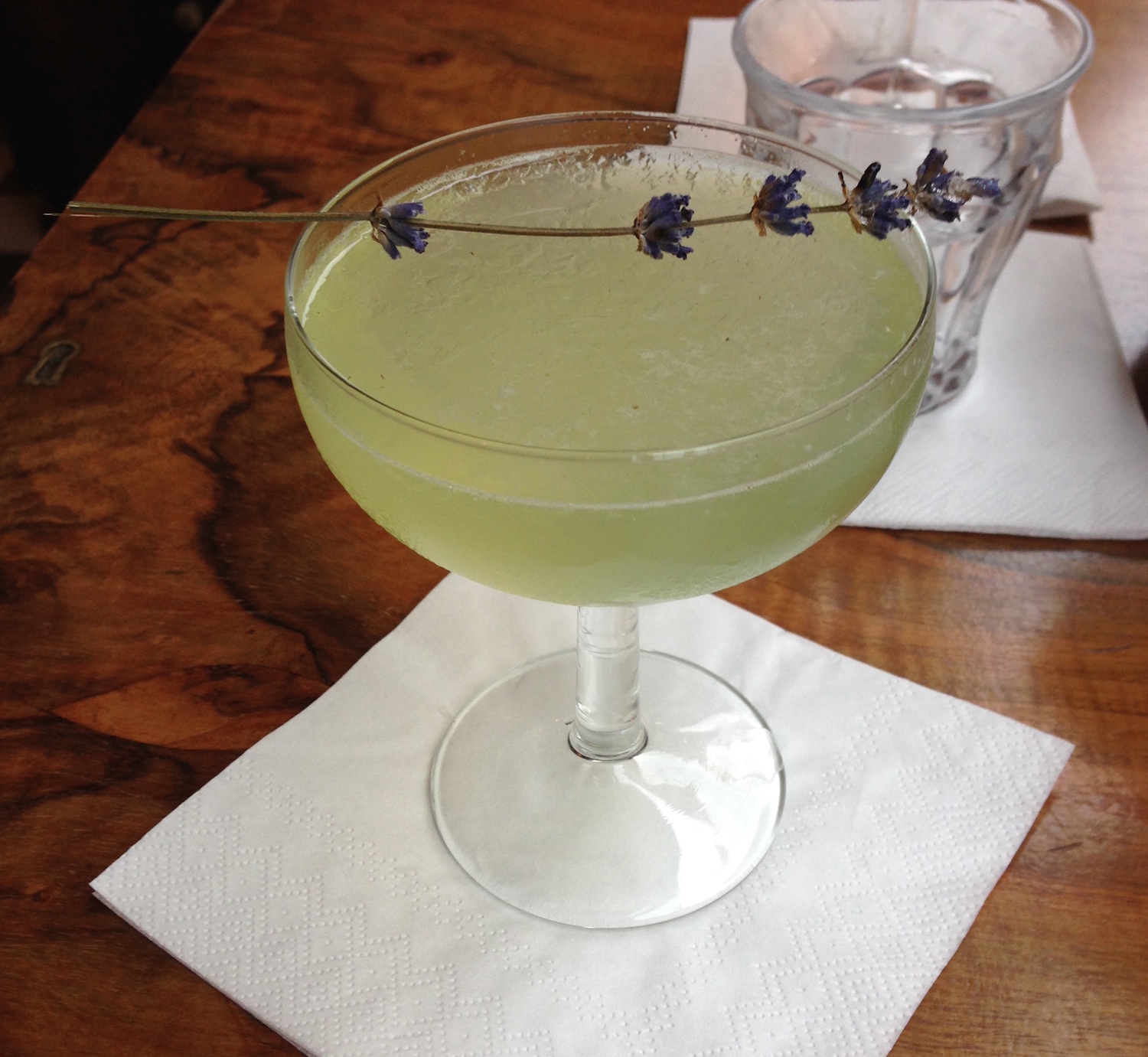 Naturally, there's Czech food a-plenty in Prague. Much as in Paris you can't walk 100ft without finding a brasserie, in Prague there's a huge number of traditional restaurants.

Lots of dumplings, cabbage, stewed meats. There's a surprising amount of rabbit on menus over here. It's nice when "unconventional" meats (I use quotes as it's relative to North American food) are regularly on the menu. I usually eat way too much lamb when I'm in Europe.

Our favourite Czech restaurant so far was La Degustation. For something cheaper and more traditional, try out Rainer Maria Rilke (which is conveniently just by Hemingway Bar). Other good places are U Medvídků or Restaurace Ostrovní.

There's also a number of great non-Czech restaurants, especially French and Italian cuisine. On the French side of things, the best we've eaten has been at Renommé. We had a beautiful salmon-dill tartare and foie gras to start. We've been eating so much foie gras on this trip as you can no longer buy it in California. For our main, Hampton got their hamburger (yes, I know that's not French, but whatever) and it was incredible. Layers of bacon, cheese, caramelised onions, truffle mayonnaise. I got the rabbit (duh), mainly for the herb spaetzle. The richness of the rabbit was cut with the herbiness of the spaetzle and it was amazing.

I forgot to take photos, but I've found a couple on the internet. Here's a picture of their hamburger, and one of the foie gras.

La Gare was another great French brasserie. The side-dishes of snow peas and mashed potatoes were really tasty (but I don't want to think about how much butter was in them.)

Italian food is everywhere – especially pizza. There's really good delivery, which is always nice. I've also had some of the best gnocchi while here. Uno, despite being in a massive shopping centre, had some great pasta. At least, the chicken-mushroom gnocchi was.

There is a large Vietnamese community in the Czech Republic, and I've had some pretty great pho since I've been here. In particular, Wok & Sushi was delicious.

Sansho, which I already reviewed, was really great and I'd recommend for an Asian-inspired meal.