I didn't realise that Lyon was the centre for French gastronomy. But apparently it is. Anyway, I thought I'd devote a whole post to the food I ate there, in addition to my first post on the city itself.

The first night, we ate at Brasserie Georges. It's apparently pretty famous (it has a Wikipedia article - a sure sign of prominence). They served some traditional Lyon food - including a pistachio sausage thing, which was pretty nice. Also on the list of traditional Lyon foods were a mustard sausage and calf's head. I think I made the right choice with a pistachio sausage. 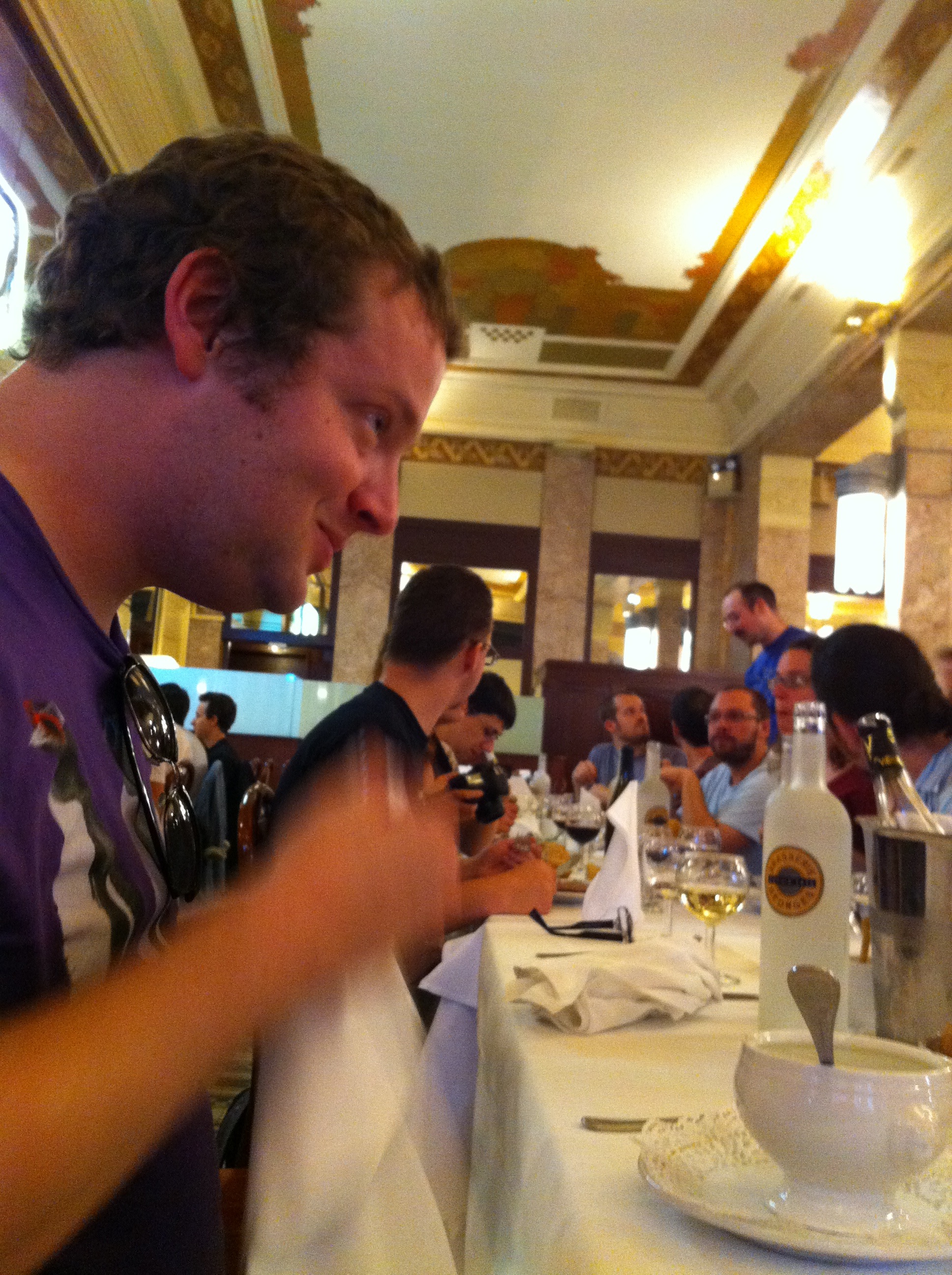 I forgot to take pictures of the food.

The second evening, we went to a place called Les Enfants Terribles... it was OK. Nothing too special. The duck salad I had to start had too much mustard dressing on it. The main was beef, coupled with some deeeeelicious dauphinoise potatoes. I think they must have used chicken stock or something. The dessert was pretty good... but that's not much of a surprise as I love all tartes au citron. The filling had a strange granular texture - I think they might have added ground almonds or something. 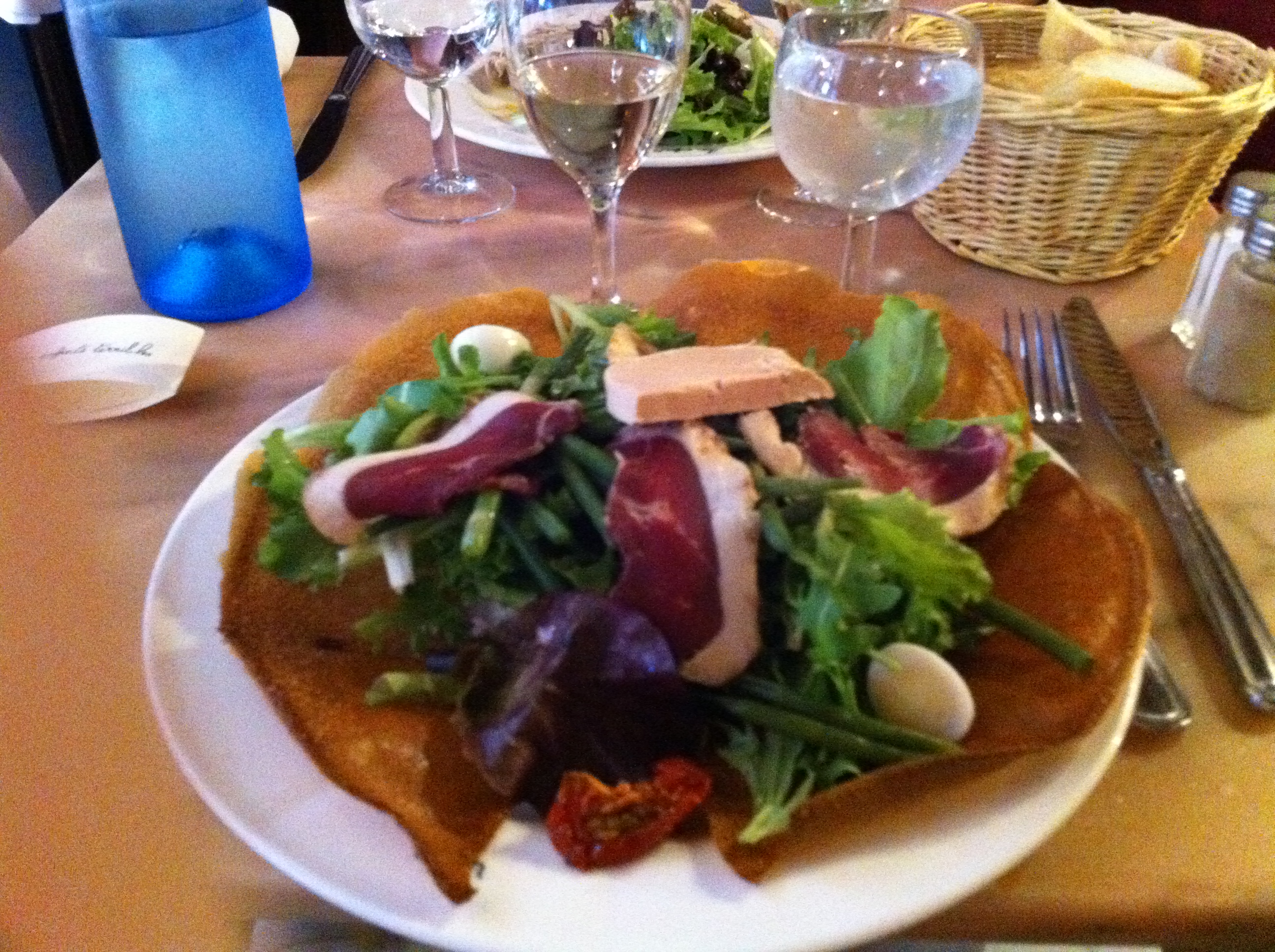 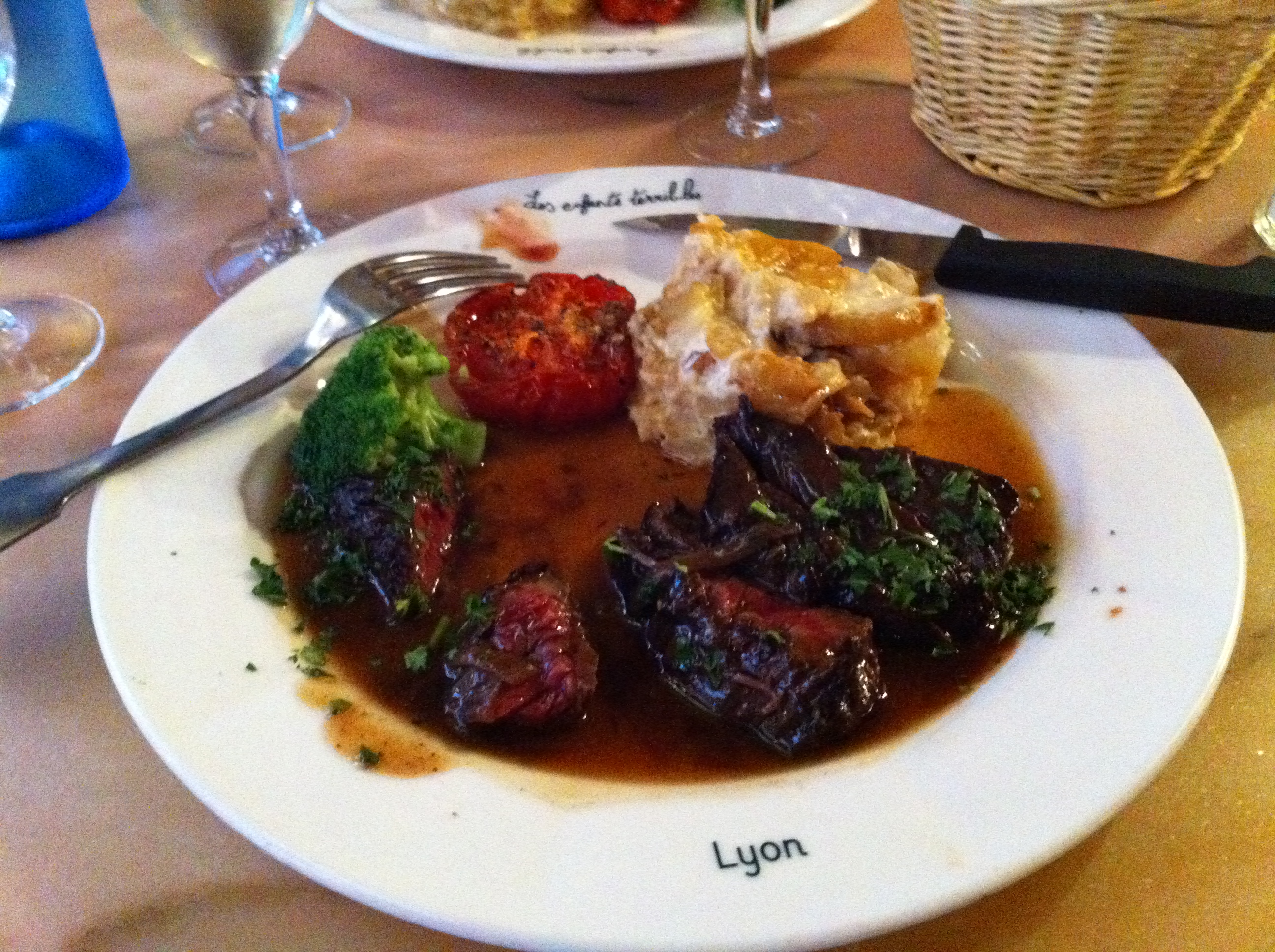 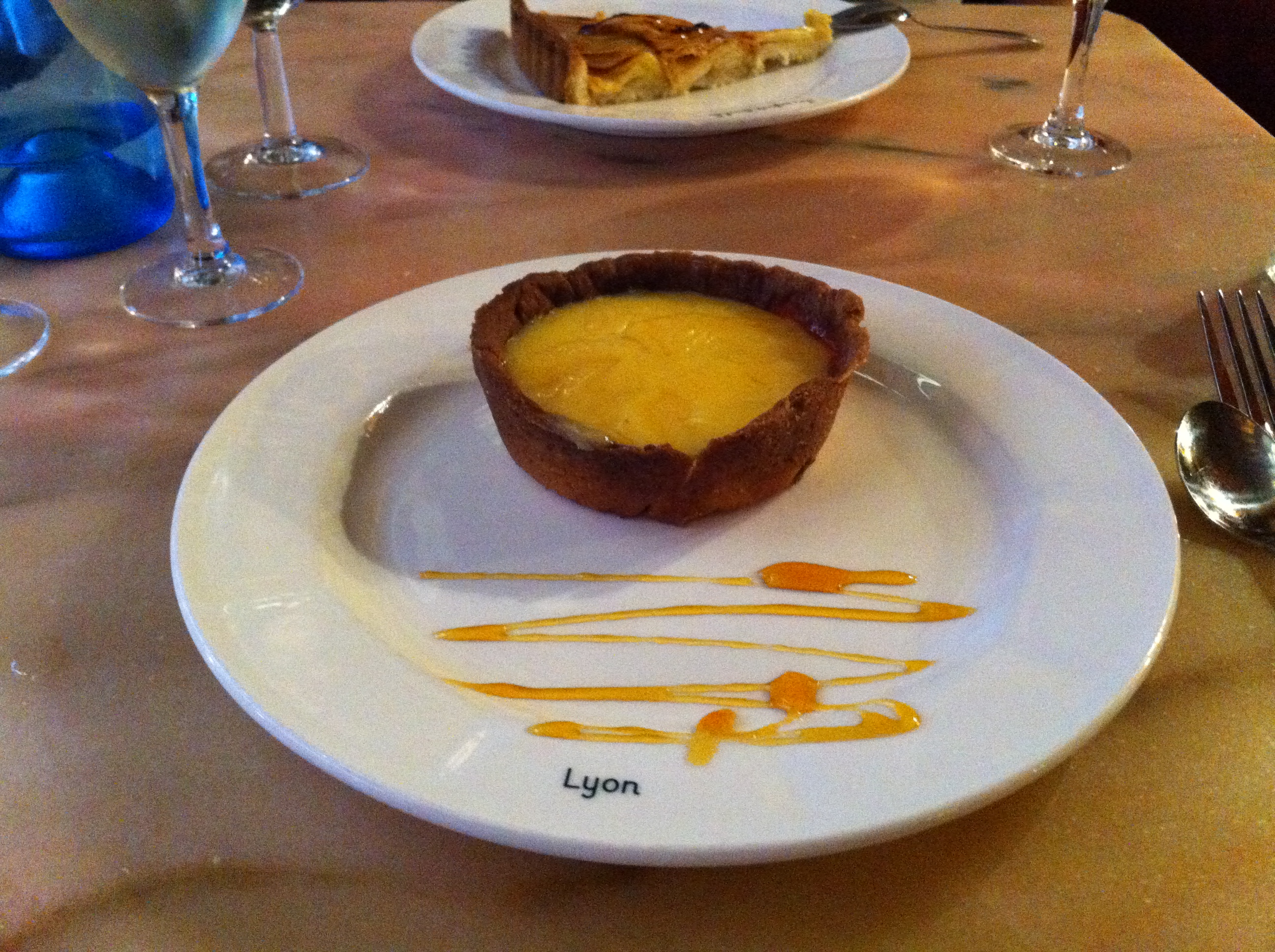 For Sunday lunch, we went to a pretty decent restaurant near the hotel (in the Brotteaux area) - it was called Brasserie de l'Est. It seems to be part of a chain. The food was pretty good! I'd recommend it. I forgot to take pictures, though.

On our final night, we ended up at Hippopotamus. I've seen a few in Paris. They're some kind of chain that serves vaguely French food - steaks, etc. It was, as we kinda expected, mediocre. I had an assortment of fried goods. It was very American. 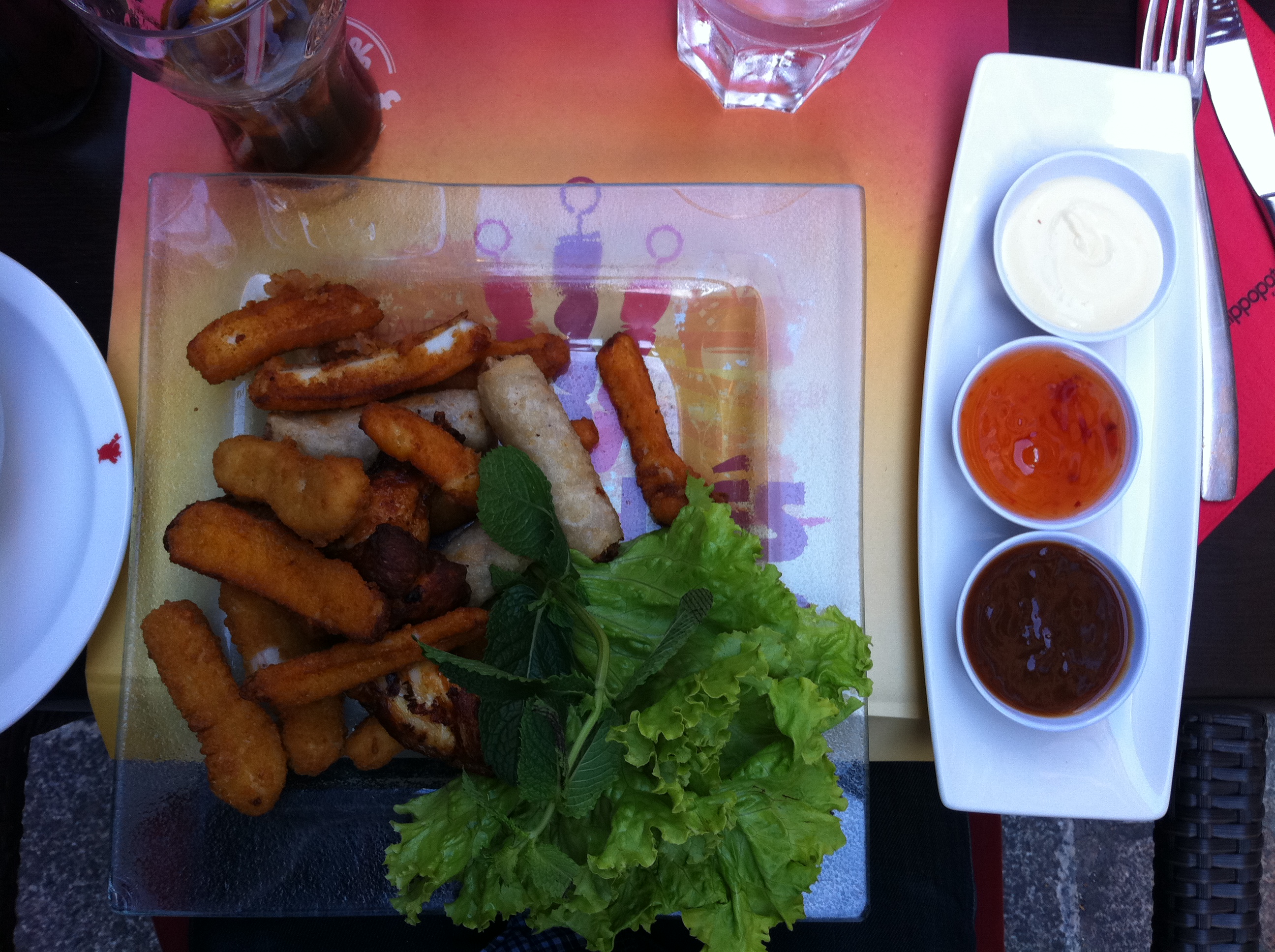 The fried stuff from Hippopotamus.

One of the better meals I had was (strangely?) at the airport. It was the airport branch of the 2-Michelin-starred Nicolas Le Bec, which is in the centre of Lyon. It's called Espace Le Bec. We both had a really delicious penne with bolognese. It had the most amazing cheese sliced over it, too. SO GOOD. 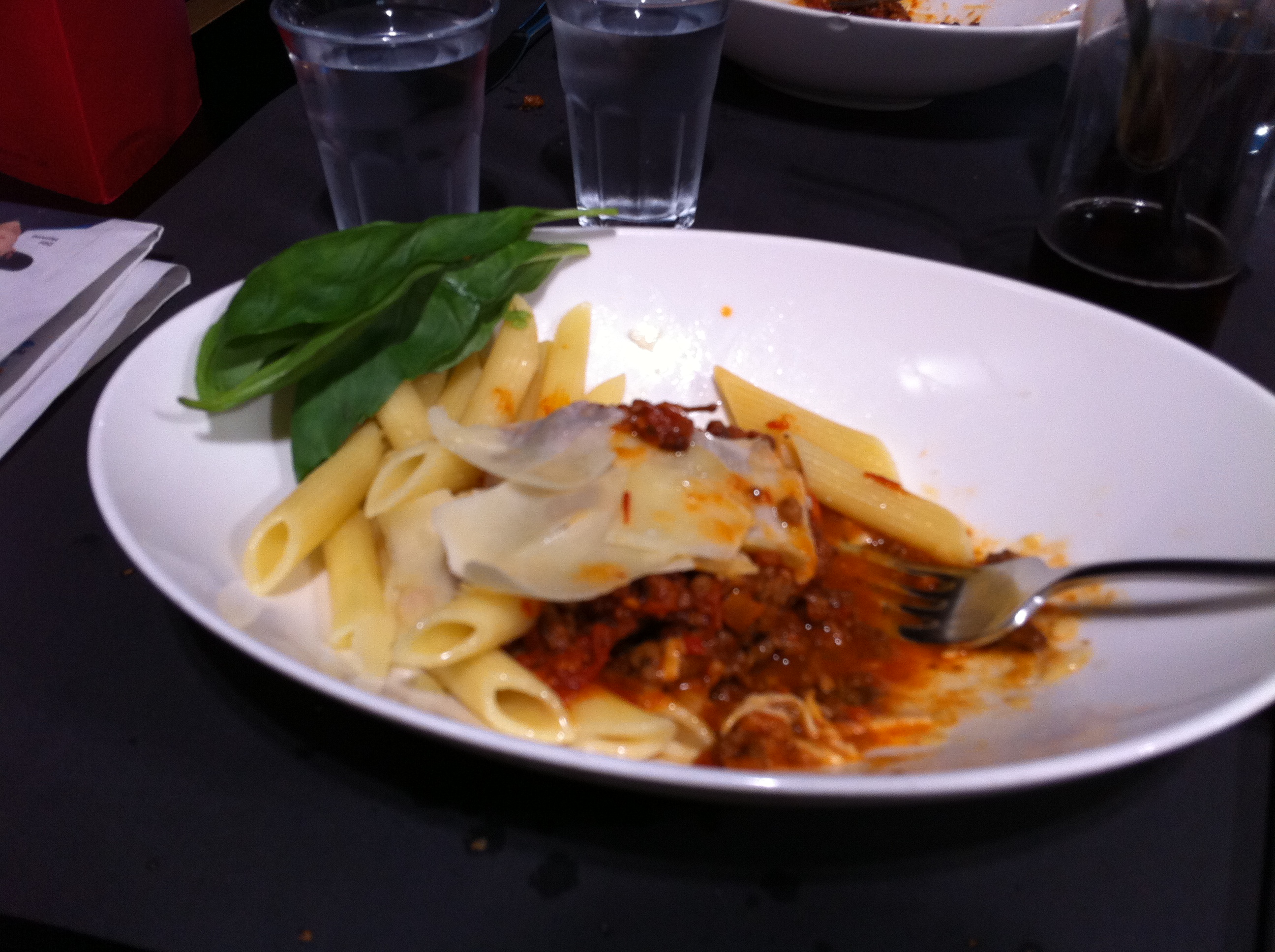 So that's pretty much all the food I ate in Lyon. I wasn't there that long, so I can't really confirm or deny its status as le centre gastronomique of France. I've had better meals in Paris. (But Espace Le Bec was definitely the best meal I've had at an airport.)