So... I really need to start blogging about an amazing trip I've been on. It's been going for about two months now. It started in July, when we moved out of our apartment in Cambridge, England. 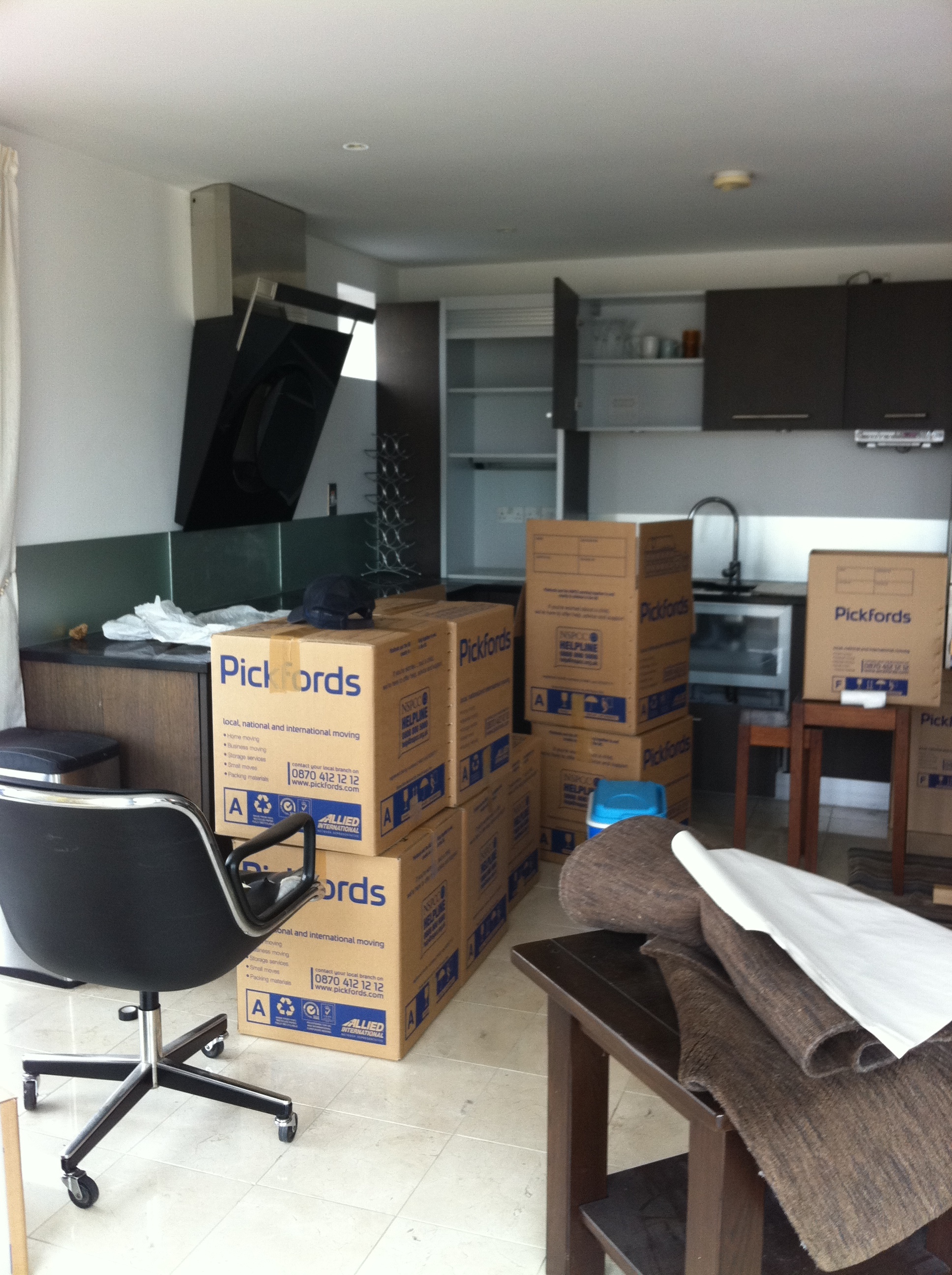 All our stuff in boxes hours before we left.

Since then I've visited seven cities, from Honolulu to Berlin. It'll probably take me a while to blog about them all. Here's a brief itinerary: