After Jacksonville, we headed on to San Francisco. Hampton's company (Moovweb) is based there.

We flew United 2623 from CLT to SFO. They had WIFI!!!!! Zomg. It's still a novelty for me. I don't have many photos of the CLT-SFO flight, just the food pretty much. 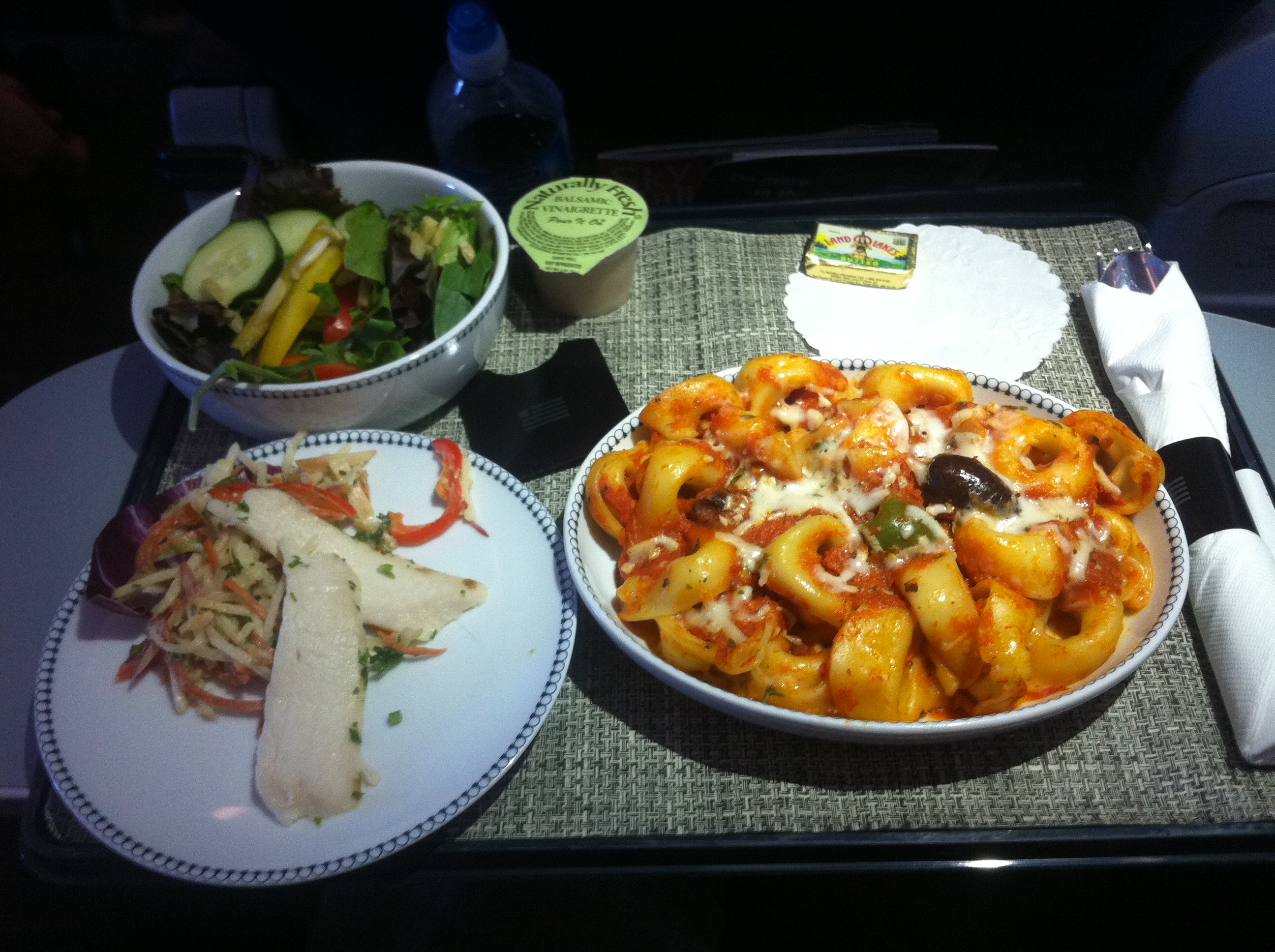 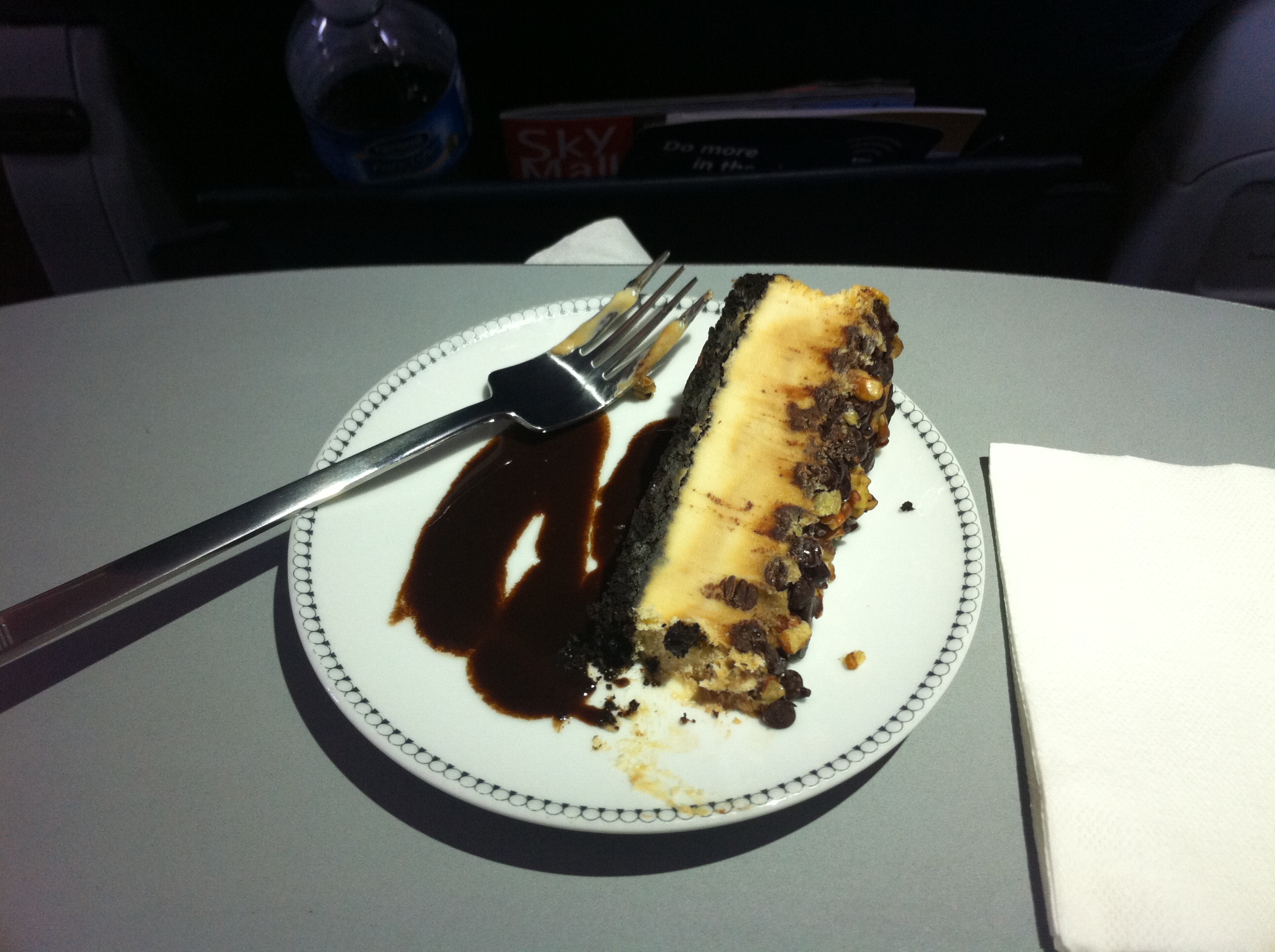 Dessert – tortoise cheesecake, or something. 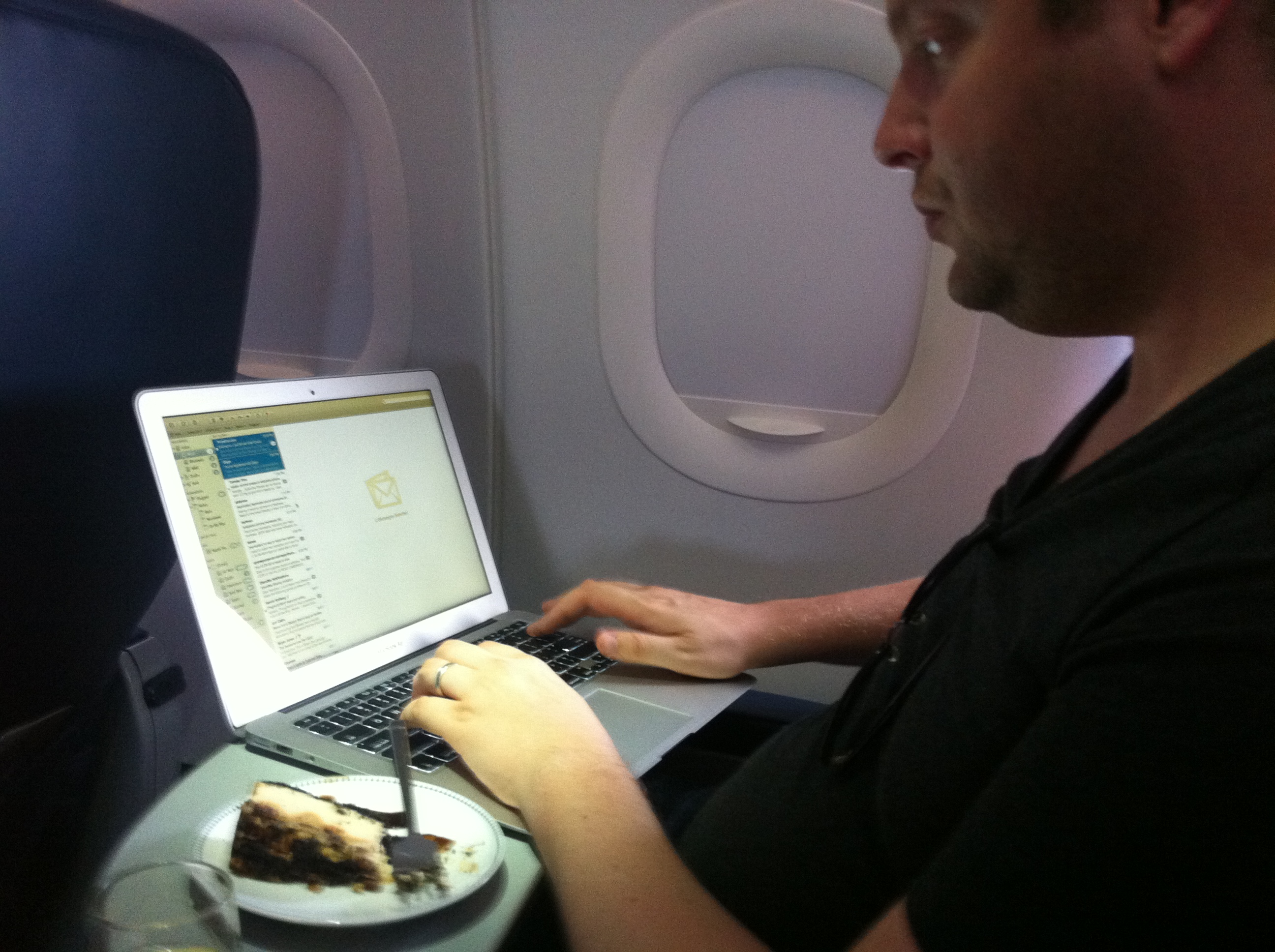 I'd never been to San Francisco before, so it was a bit of an adventure. We only spent a couple of days doing touristy things, and the rest of the time was mostly Hampton working at Moovweb and me working on the book. Here's some tourist photos. 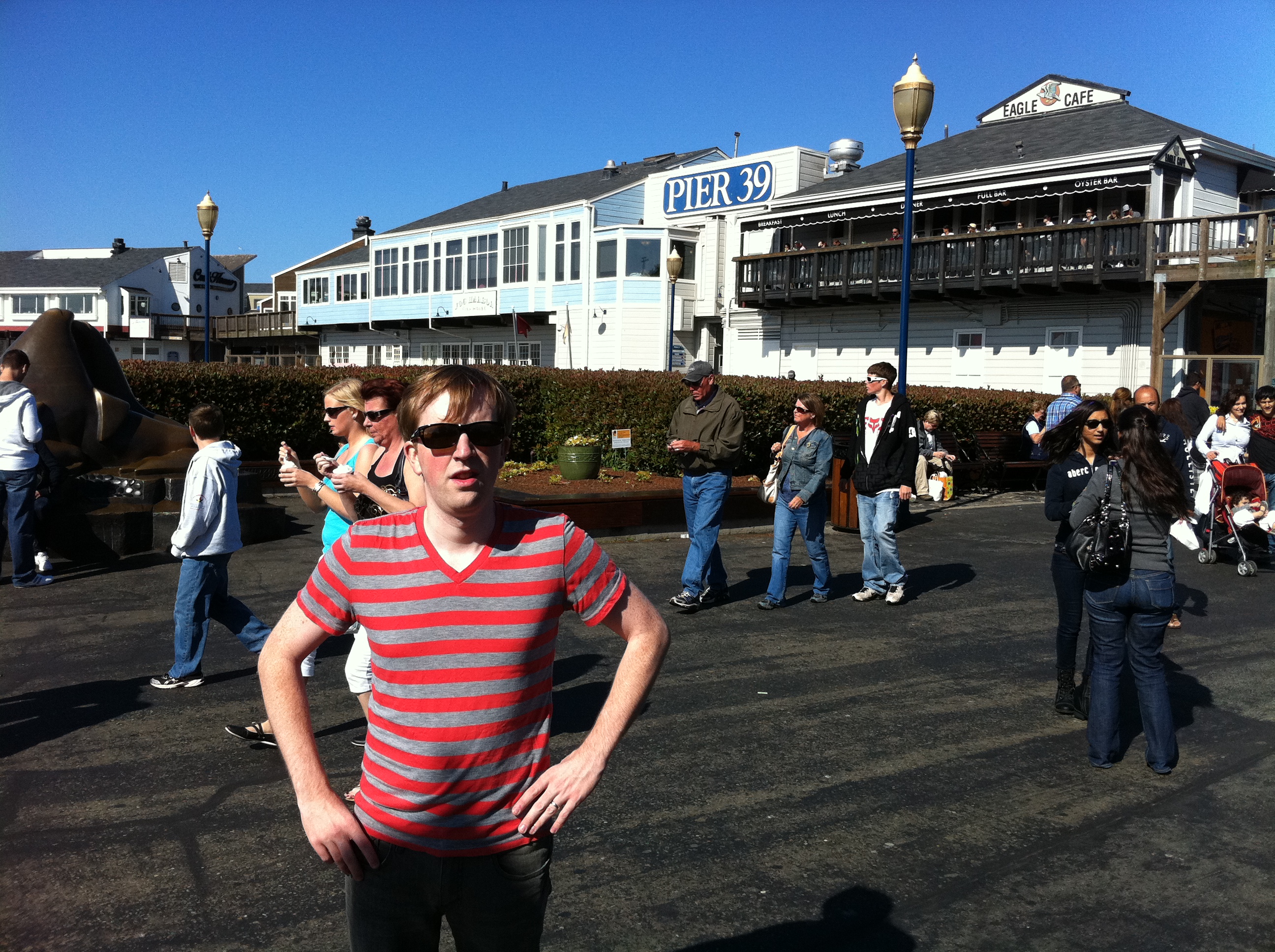 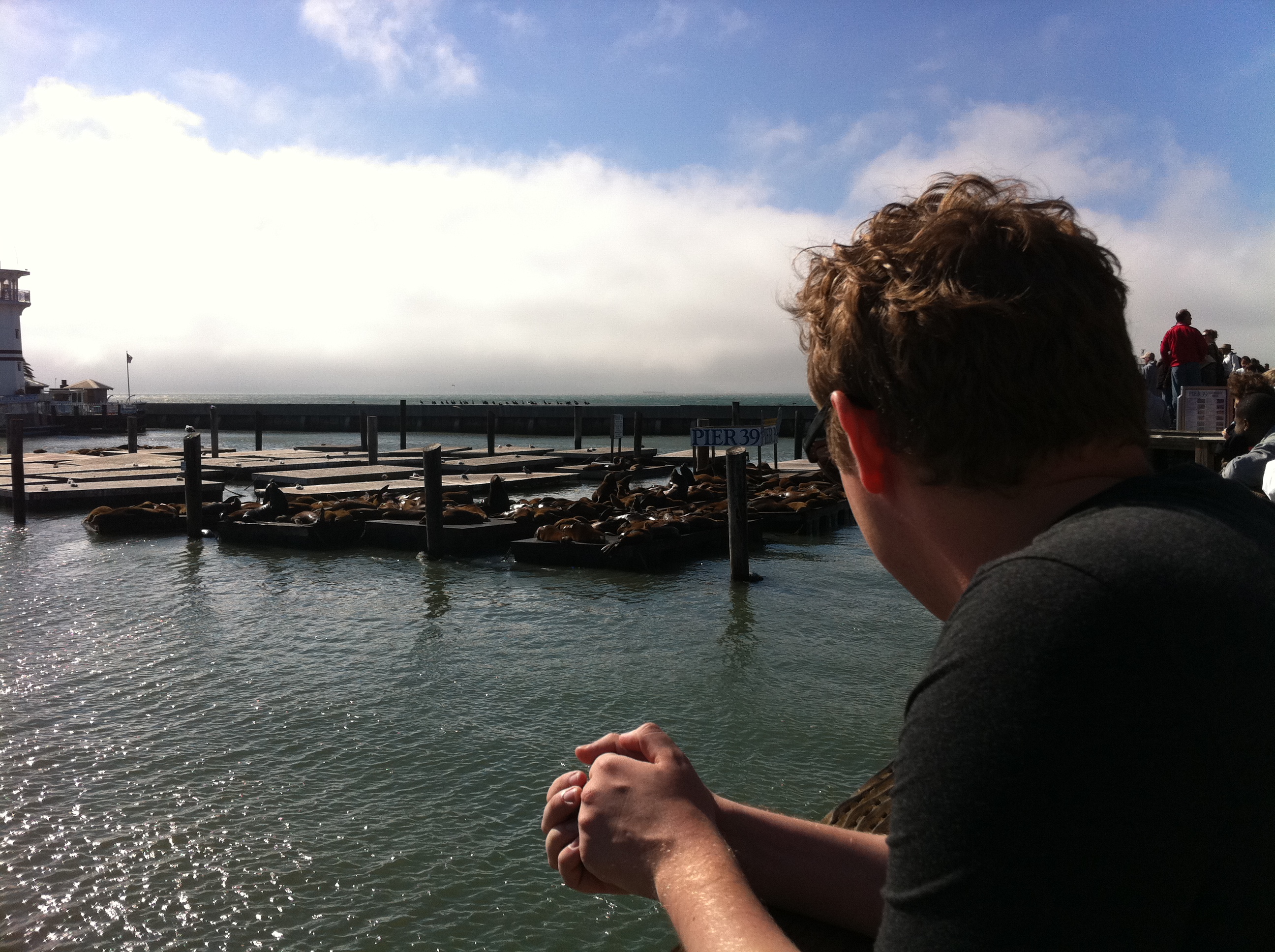 Gazing over at Alcatraz

(We didn't actually go to Alcatraz, even though I reaaaaally wanted to.) 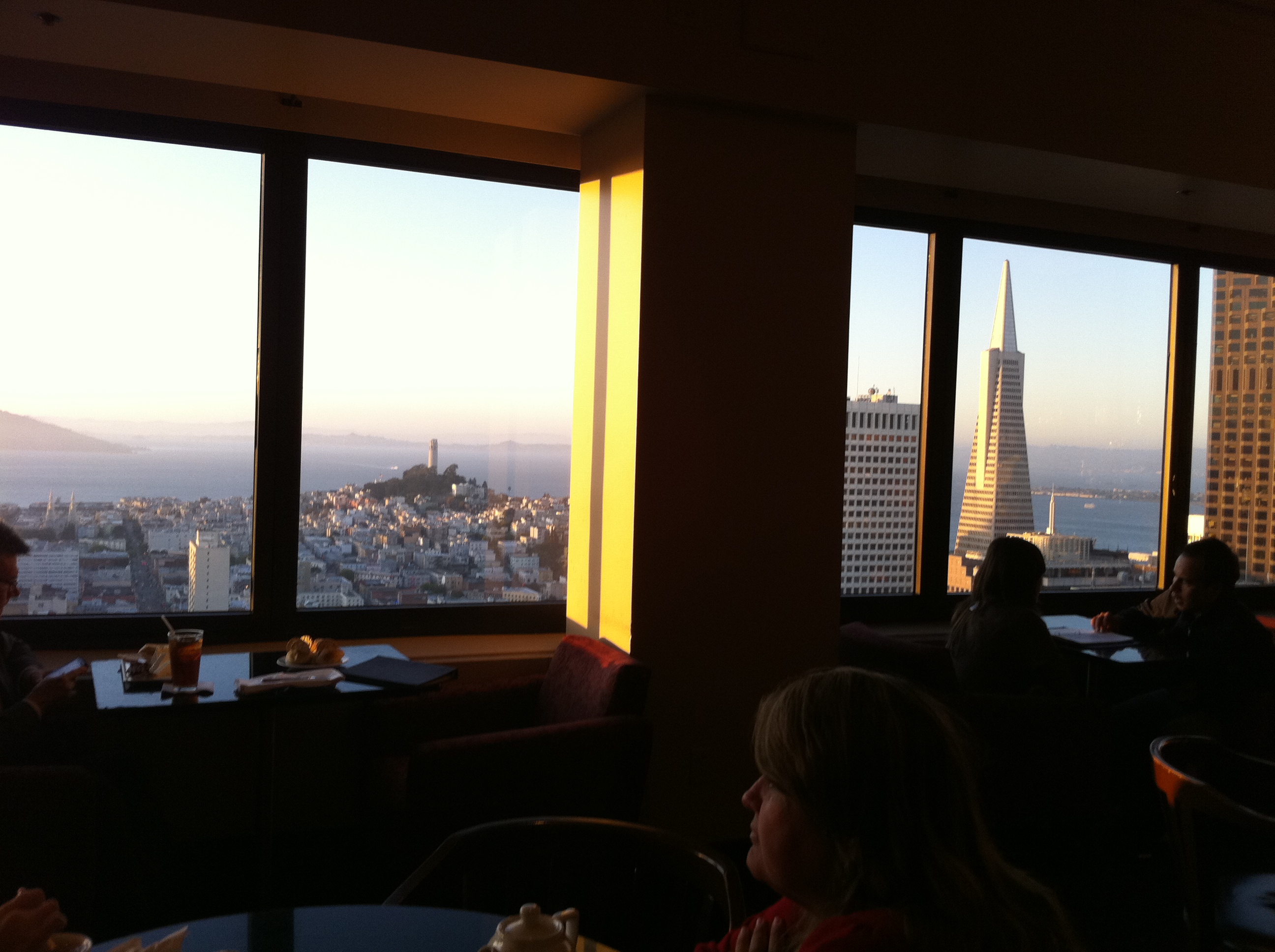 The view from the Grand Hyatt.

One of the best views for the whole two weeks was from the GrandViews lounge in the Grand Hyatt. The cocktails were OK, the food in the neighbouring restaurant the same, but the views... wow. This was at sunset. You can see the TransAm building and Coit Tower from this angle.