After a quick trip to Jacksonville for my father-in-law's birthday, our next stop was Philadelphia. I had only visited Philadelphia by passing through its airport, and I've heard a lot about it as a city, so I was excited to spend a few days there. I was on my best behaviour and only made one joke about it being sunny. 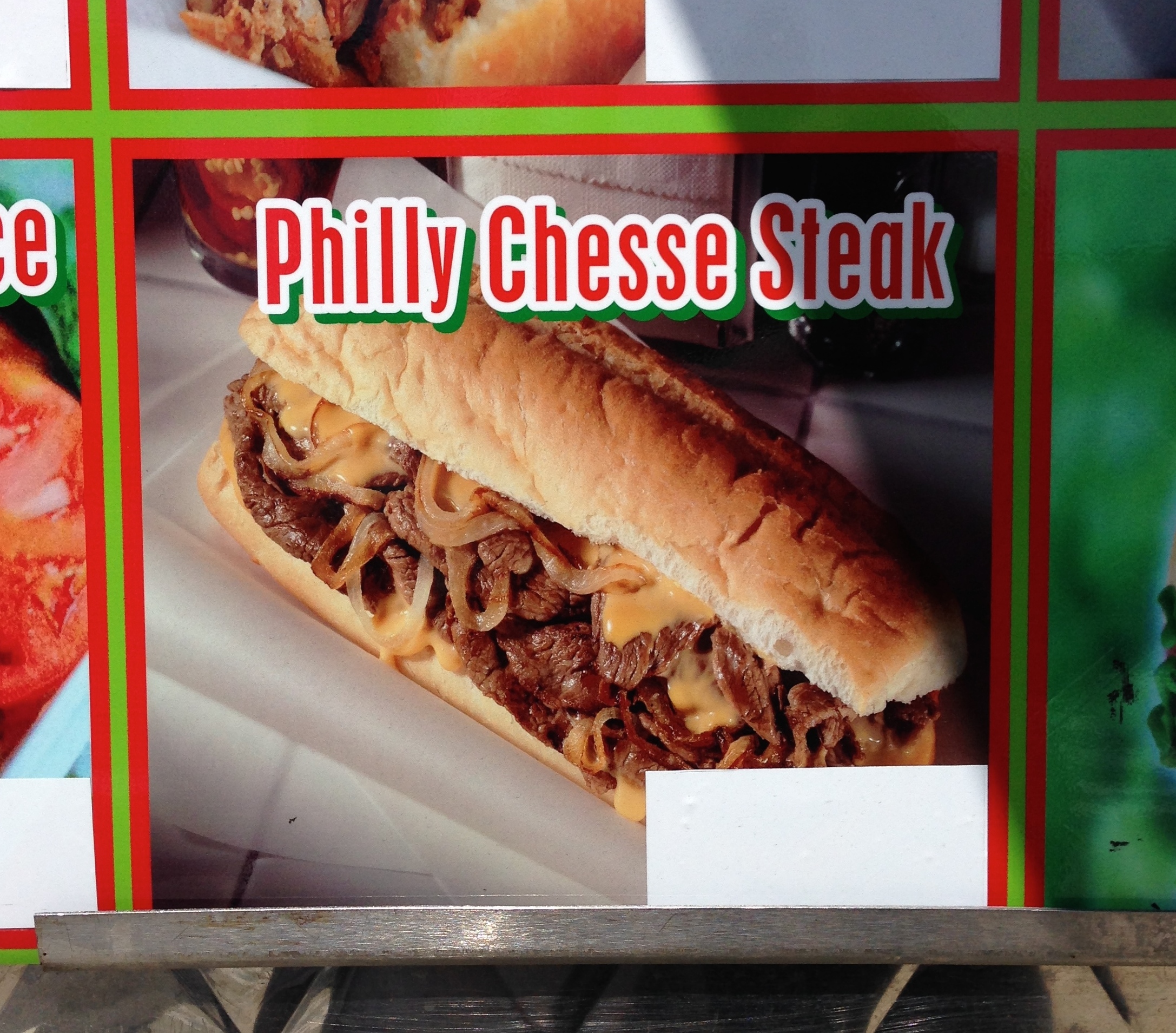 Our first night we went to the Ranstead Room, at 20th and Ranstead. It's down an alley behind a modest black door. 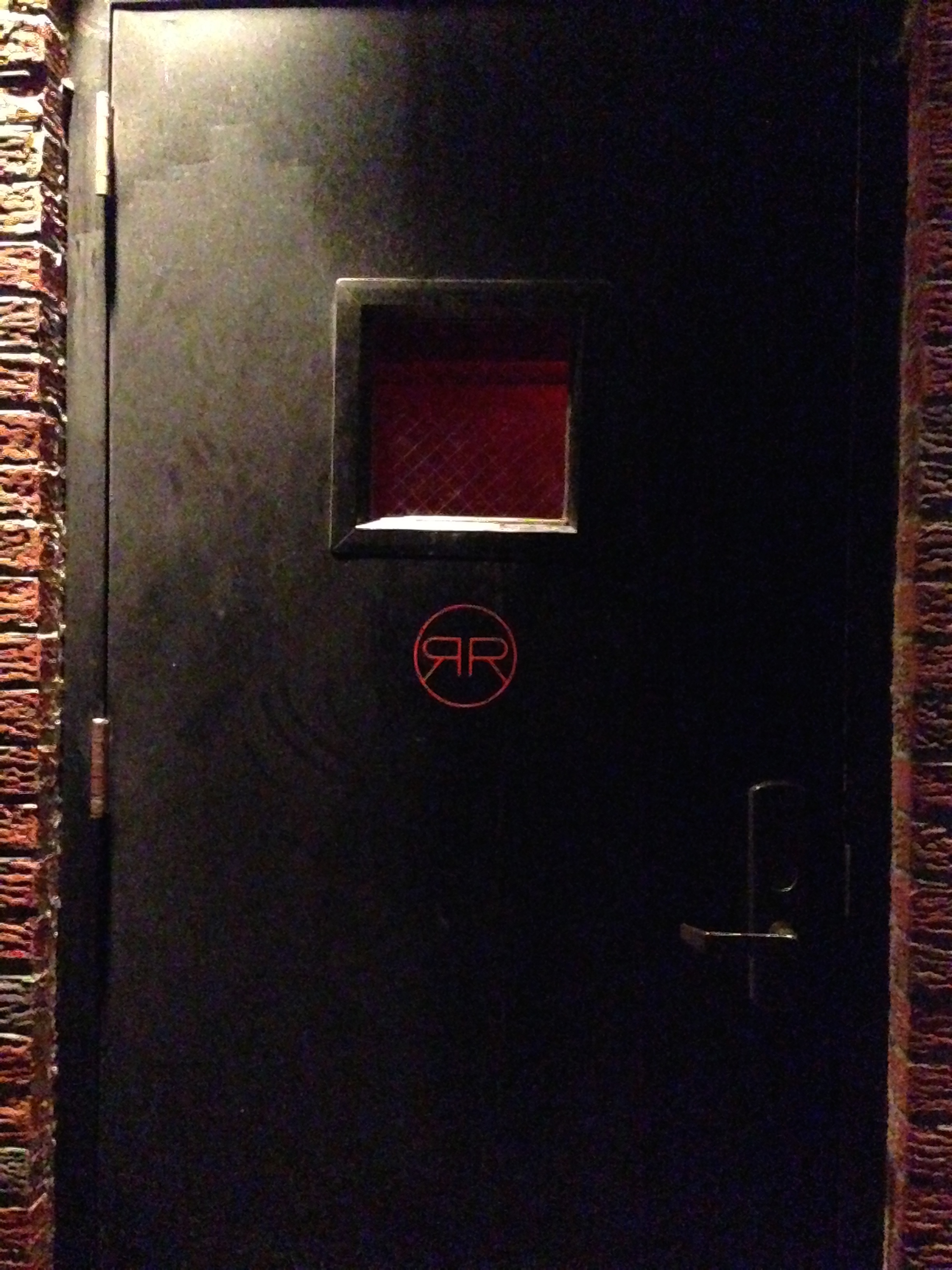 The cocktails were classics done well – try one of the fizzes if you're unsure where to start. The bartender was great at asking what you like and making something up. I got a Chartreuse and egg white drink (called the, uh, "Chika Chika Boom Boom") that I thoroughly enjoyed.

They serve food from the pared-down menu of their sister restaurant, El Rey. They had great tacos, plus some amazing popcorn with Jamaican spice that was both citrusy and umami.

Our delightful host took us on a tour of the Old City, Society Hill, and South Street. Old City and Society Hill have quaint colonial houses with a lot of history. Maybe I've been living in San Francisco too long, but I was impressed with all the pre-1800 buildings.

We stopped in a neat store that seemed to sell a lot of odd items (including lamps made out of what looked like spinal columns). On the way out, I looked down a small alley – Kater St – to see some incredible mosaic-murals. 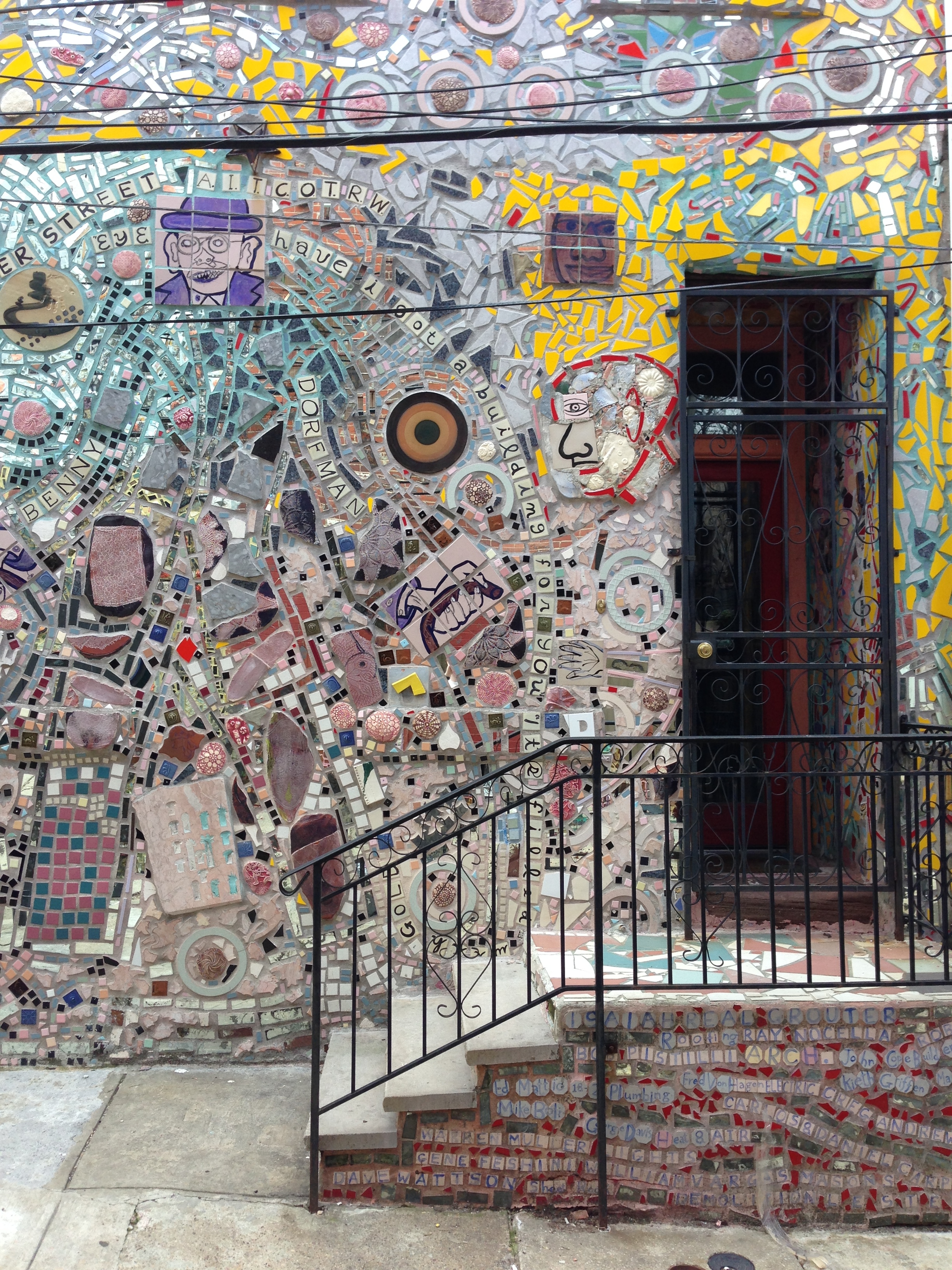 South side of Kater St 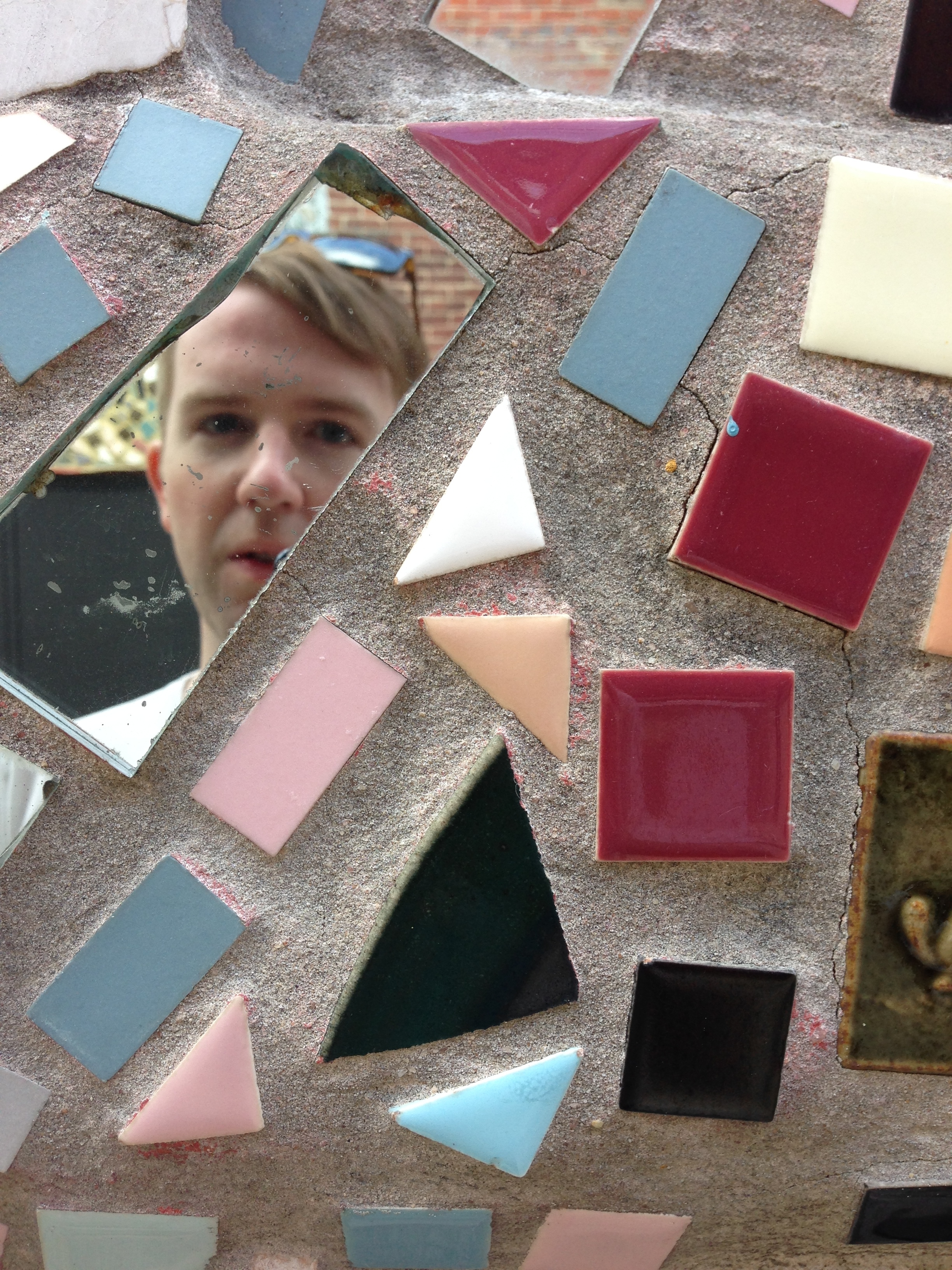 The mosaics are the work of Isaiah Zagar, who has around 200 mosaics in the South Street area of Philadelphia. They use a lot of mirror pieces and include quotations and the address of the place. They were mesmerising and I felt I could have spent hours sitting in front of them. Apparently there's a movie about him, so I'll have to check that out. 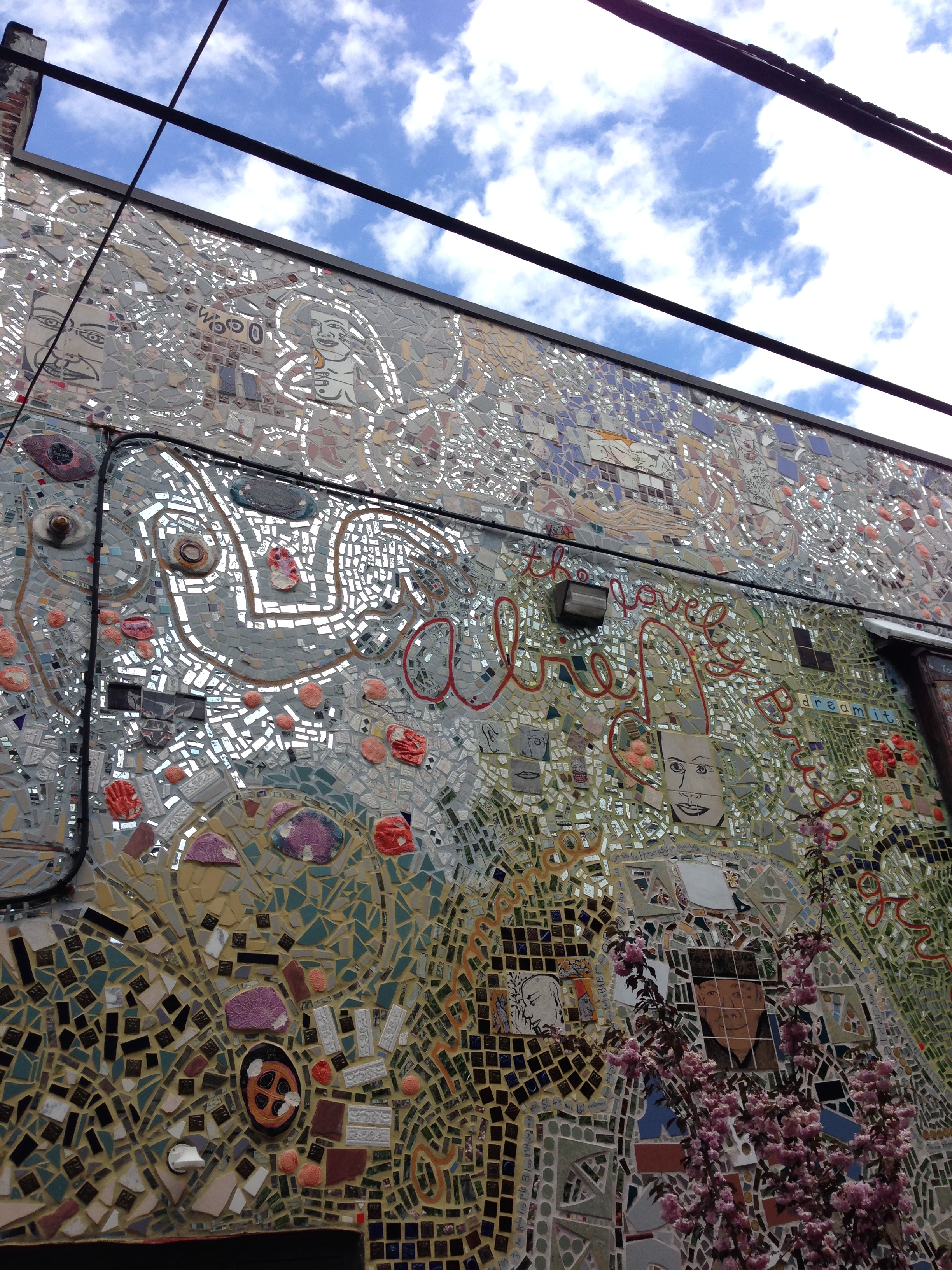 North side of Kater St 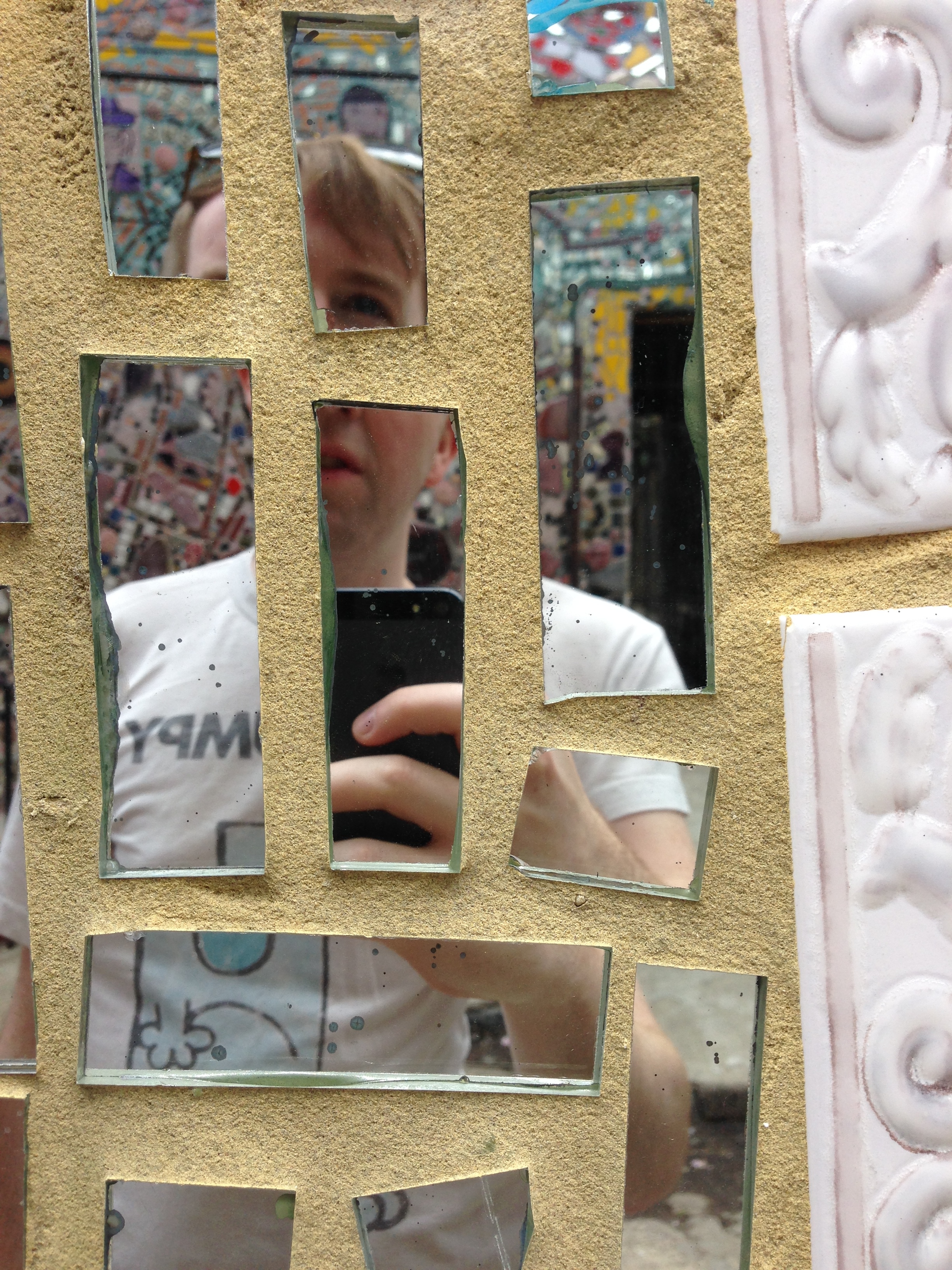 I'd like to spend more time in the South Street area of Philadelphia to find more of these murals.

The amount of history in Philadelphia, especially regarding the founding of the United States and the beginning of the revolutionary war, was a little overwhelming.

Obviously, I'm not ignorant of the history between the UK and the USA. Being British in the USA leads to good-natured ribbing about being a redcoat. However, wandering around the centre of where the USA was founded and independence was sought is different. Everywhere there's information about how the revolutionaries were throwing off their repressive chains and seeking liberty. Implicit in all of the historical placards and explanatory signage was that they wanted to get away from the baddies. And in this case, the baddies were my ancestors (well, kinda).

I felt defensive, like I needed to stand up for my country: the UK wasn't that bad, was it? I'm not a patriotic person, so feeling protective about my homeland was novel. I also felt conspicuous – that some tell would give me away, and people would be mad that the enemy was desecrating their site, even though I was just standing there. I was sure I was only a moment away from being kicked out of the Constitution Museum or something.

I've never really lived in another country, so I assume this is a pretty standard foreigner's paranoia. Maybe I should start wearing one of those sweet stars-and-stripes, eagle-soaring shirts to blend in more.