We took the Westbahn from Linz to Vienna. It leaves every 30mins and takes about 1hr 20mins to get there. The train was swish – clean, with free wi-fi, power ports next to every seat. Plus a conductor (?) came through so you could buy tickets and drinks/snacks. I wish all trains were this nice.

It was pouring when we arrived in Vienna, so although we only had around 24hrs there, we didn't do much during the afternoon. However, that night we had a friend to take us to a restaurant and some bars.

Ulrich was a neat restaurant that wouldn't be out of place in San Francisco. It had clean, hip decor and a menu focusing on quality ingredients. The roast chicken was so good (but can you go wrong when you offer a side of bernaise with something?). We then went to Barflys, which I'd read about as one of the top cocktail bars in Vienna. It's hidden in a hotel, but the cocktails are pretty decent, with more of a focus on US-stye than Cocktailbar Easy (I didn't see one pineapple wedge). However, it was a small room and allows smoking, so... it was a little suffocating in there.

Finally, we went to Donnau Techno. It's behind an un-marked door in a quiet alley. Inside had an "East Berlin" feel – the floor was concrete and the furniture was fairly cheap. Ice was served from a bucket. There was a stand in the corner that sold sausages and pickles. The interior had vaulted ceilings and columns, and onto the walls were projected images. Apparently they change every night, as does the techno DJ behind a make-shift booth. We were there on a Sunday, so it was fairly quiet, but apparently it gets packed almost every other night of the week.

The next morning it was beautiful out, so Sebastian took us on a quick yet thorough walking tour of Vienna. We started in the Museumsquartier (or "MQ"), a quadrangle with a number of museums. 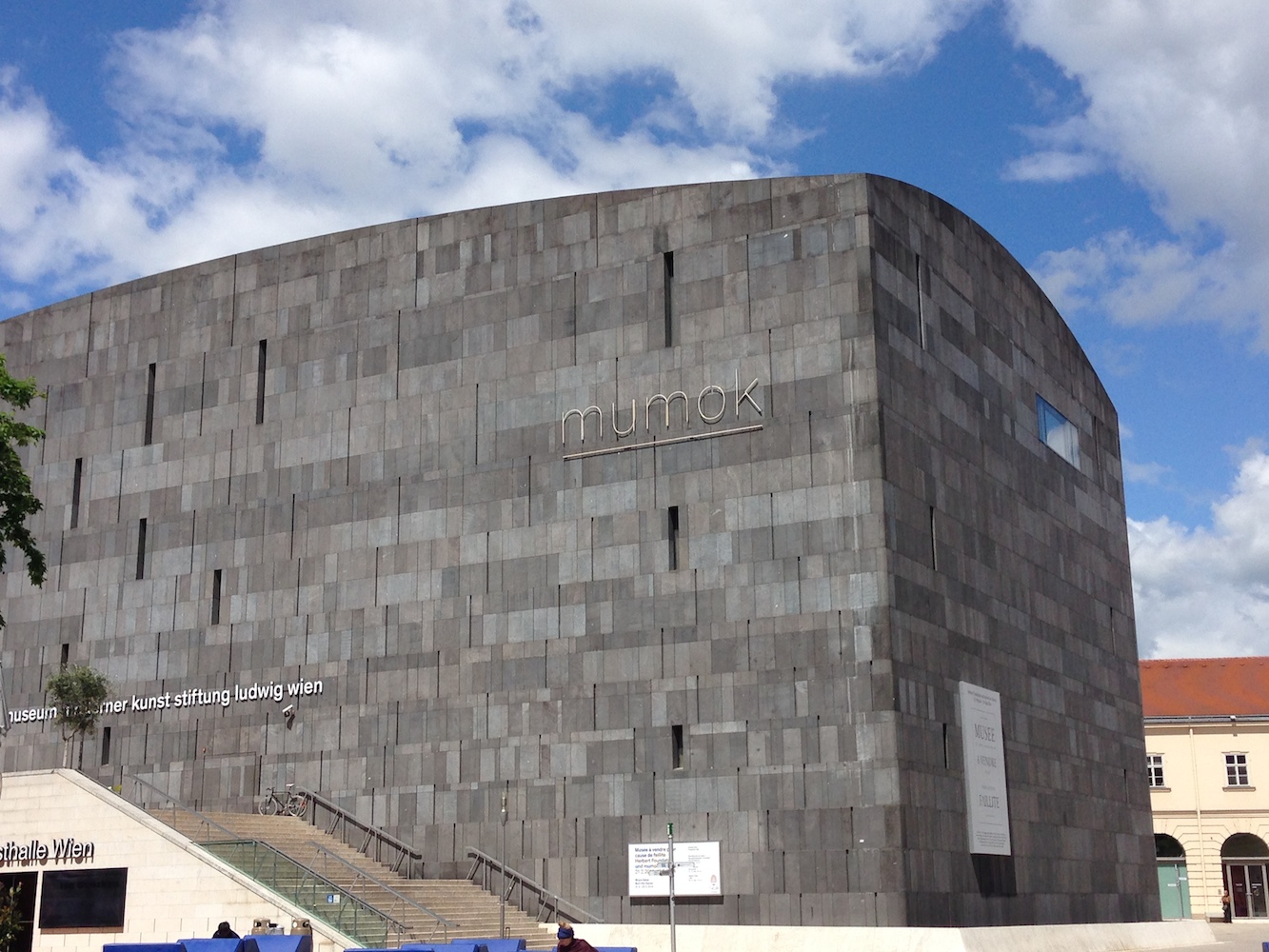 Unfortunately, we didn't have time to stop in any of them. Next time, I promise. We wandered past the Natural History Museum to the Hofburg Palace, the winter residence of the Hapsburgs and the current residence of the President of Austria. 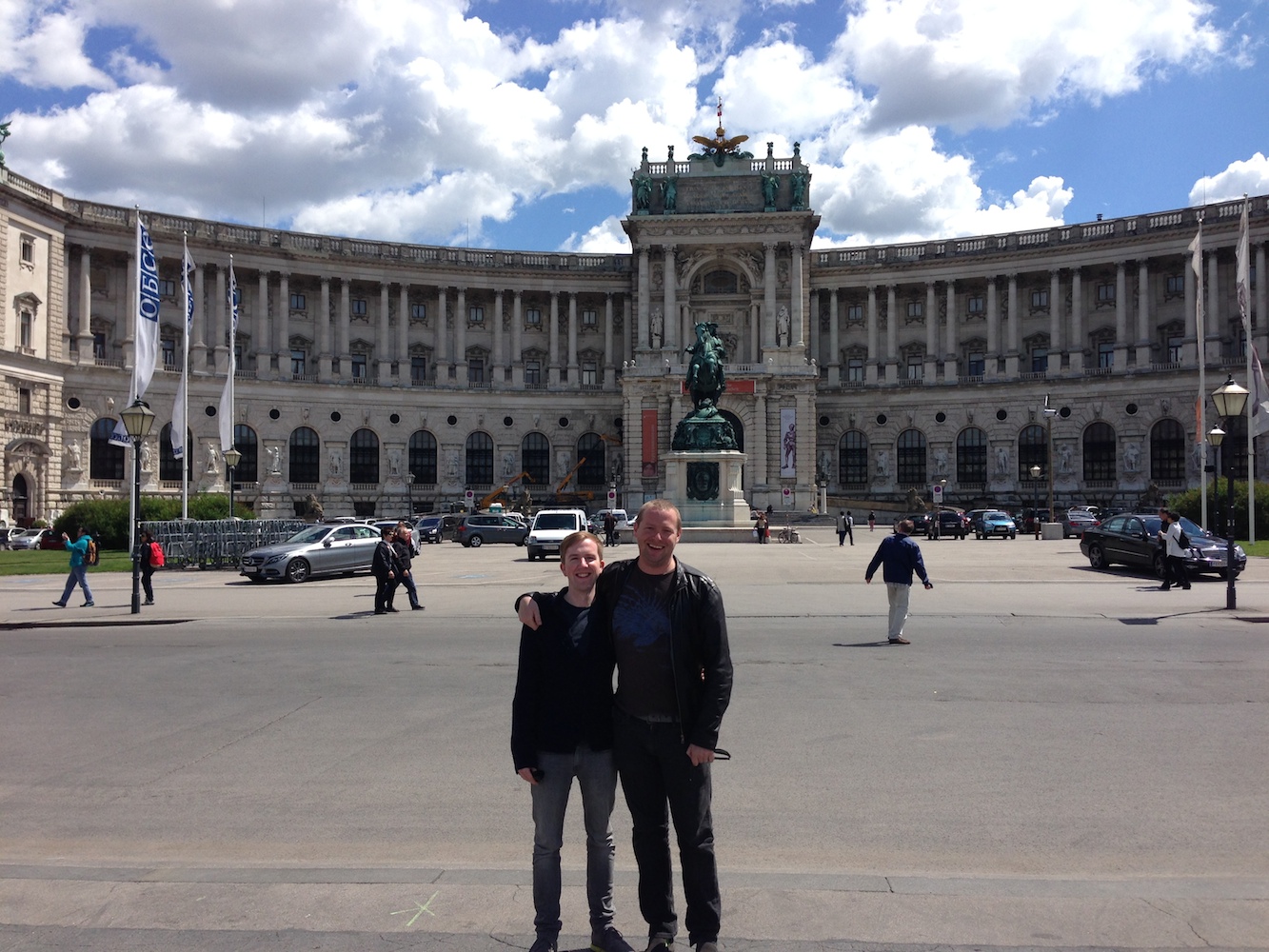 We then walked past the Rathaus, a beautiful gothic building. After that, we went through the windy streets of the first district where there were lots of expensive shops and embassies.

We ended up in Stephansplatz, containing the impressive Stephansdom. The roof in particular, a mosaic of coloured tiles, was spectacular. 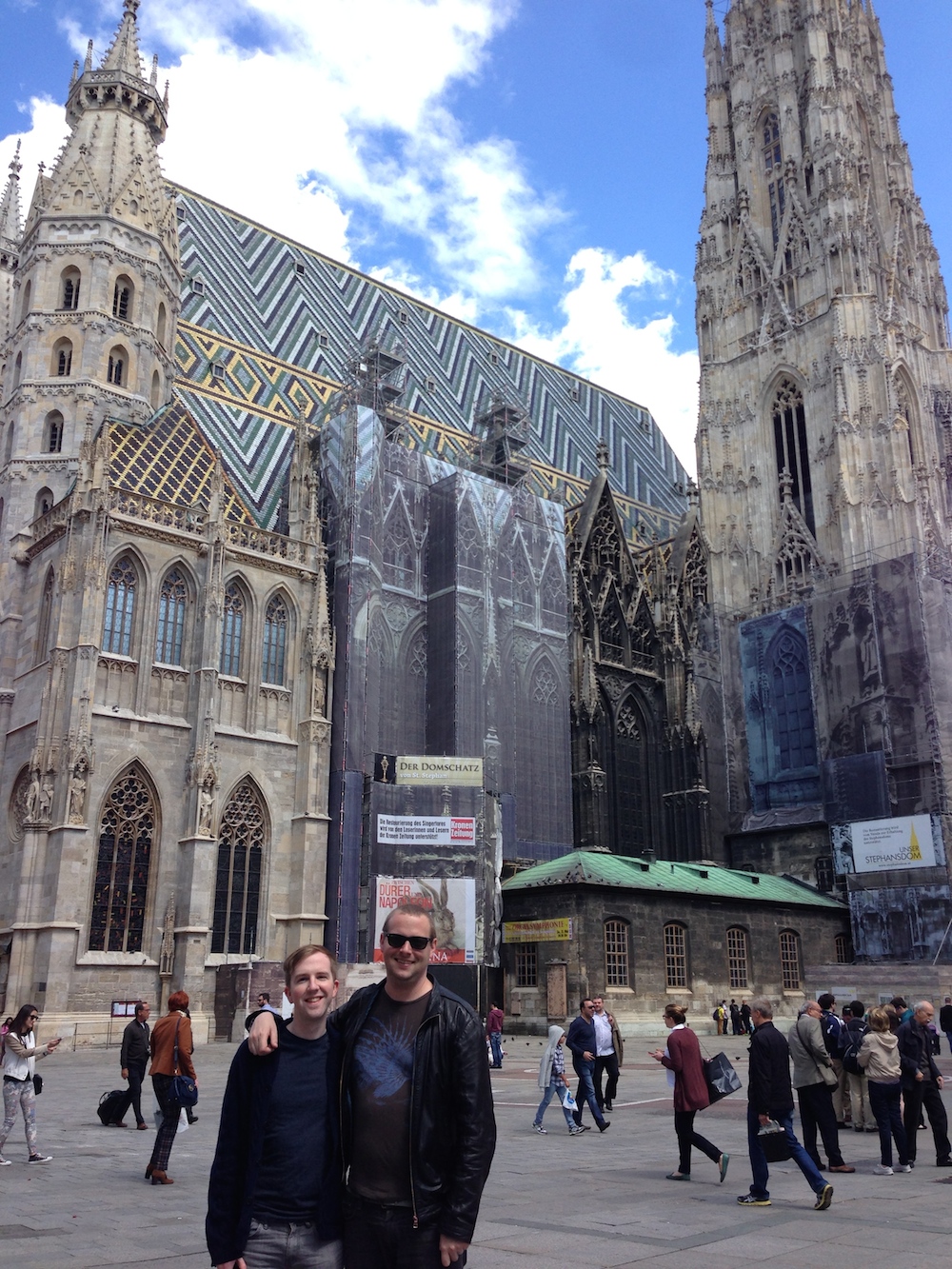 I made a rough map of the route we took – it took us about an hour to wander through it, as we paused a lot to take photos. If you're short on time and need a whistle-stop tour, I'd highly recommend it. However, we didn't get a chance to really take in everything. We would both love to come back to Vienna and maybe even go in some of the wonderful buildings we passed.

Plus, there seem to be a number of great bars and restaurants which we couldn't make it to. We'll be back soon!