Drinking in the Costa del Sol

The next stage of our trip took us to the south of Spain – the "Costa del Sol," a clichéd destination for sun-starved Brits. My family were meeting us there and spending a few days in Mijas – a small village scattered on mountains overlooking the Mediterranean.

Our fruitful cocktail hunt in Paris was great. However, we didn't want to push our luck, so we decided to try some more traditional drinks while in a less cosmopolitan area.

First up: fino. Fino is a dry sherry served very cold. It's taken as an apéretif, and apparently it's what all the locals drink. I'm a fan of sherry, so I thought I'd try it out. 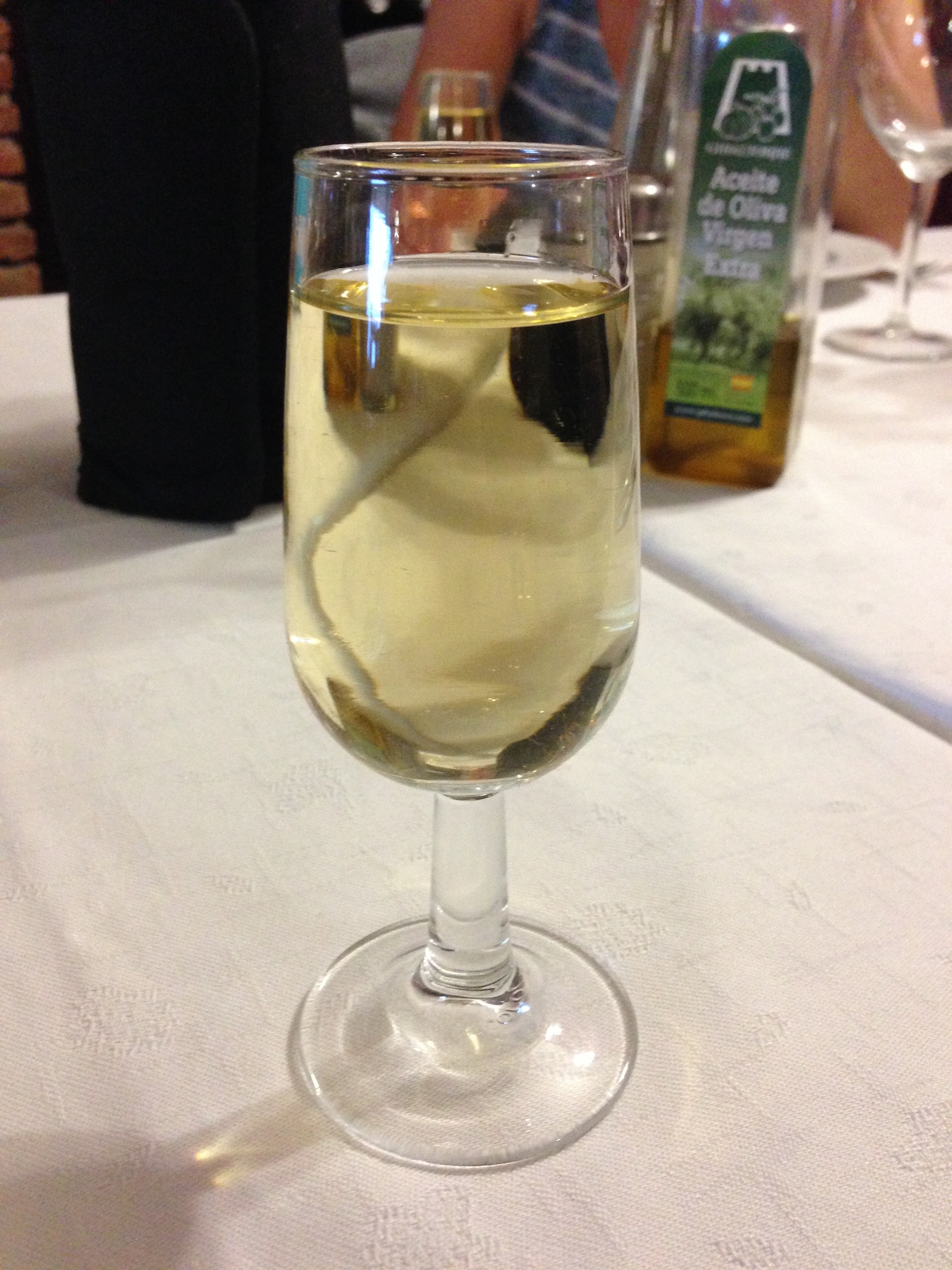 With regular sherry, the sweetness cuts through some of the flavour of the alcohol, which makes it palatable to me. With fino, you could definitely taste the alcohol compared with "sweet" sherry. The fino started with a sharp acidity, then followed with a fresher aftertaste. If I lived in Spain, I'd probably get used to it, but I wouldn't necessarily order it again.

Next up, at a local tapas bar called Pampa, we tried the stereotypical Spanish alcoholic drink: sangria. 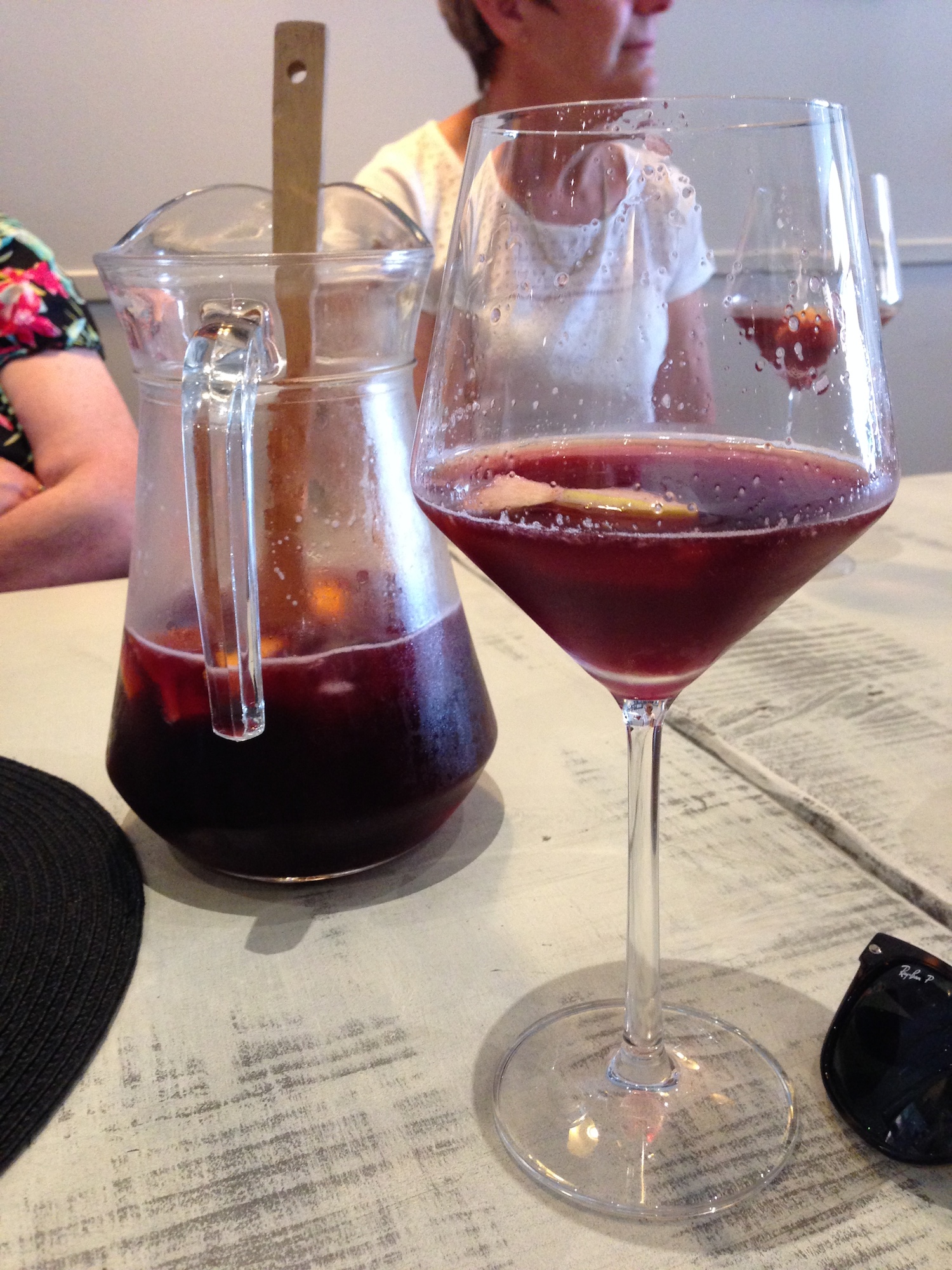 Glass and pitcher of sangria

Sangria is awesome and I presume everyone has had it. If not, you should try it. It's traditionally made with red wine, brandy, and some kind of sweetener. You also put in pieces of chopped fruit. However, I believe this one had some rum in it as well. I'll try adding rum when I next make sangria at home, cause it added a nice kick.

On our final night, we went to a "gin bar." It's a slight misnomer: for one, it's more of a tapas place, and for two it served other alcohol as well. But gin is where this place shone. Spain is one of the highest per capita consumers of gin (other fun facts from the linked infographic: India is the largest consumer of rum, and France is the largest consumer of Scotch). So, despite being a traditionally British drink, we had some Spanish-style gin and tonics.

The bar we were at, Bodega El Placer, had about thirty gins on offer. There were five of us and we asked for five different gins, so we could sample them all. Each gin came in a big glass with ice and individually-prepared garnishes. 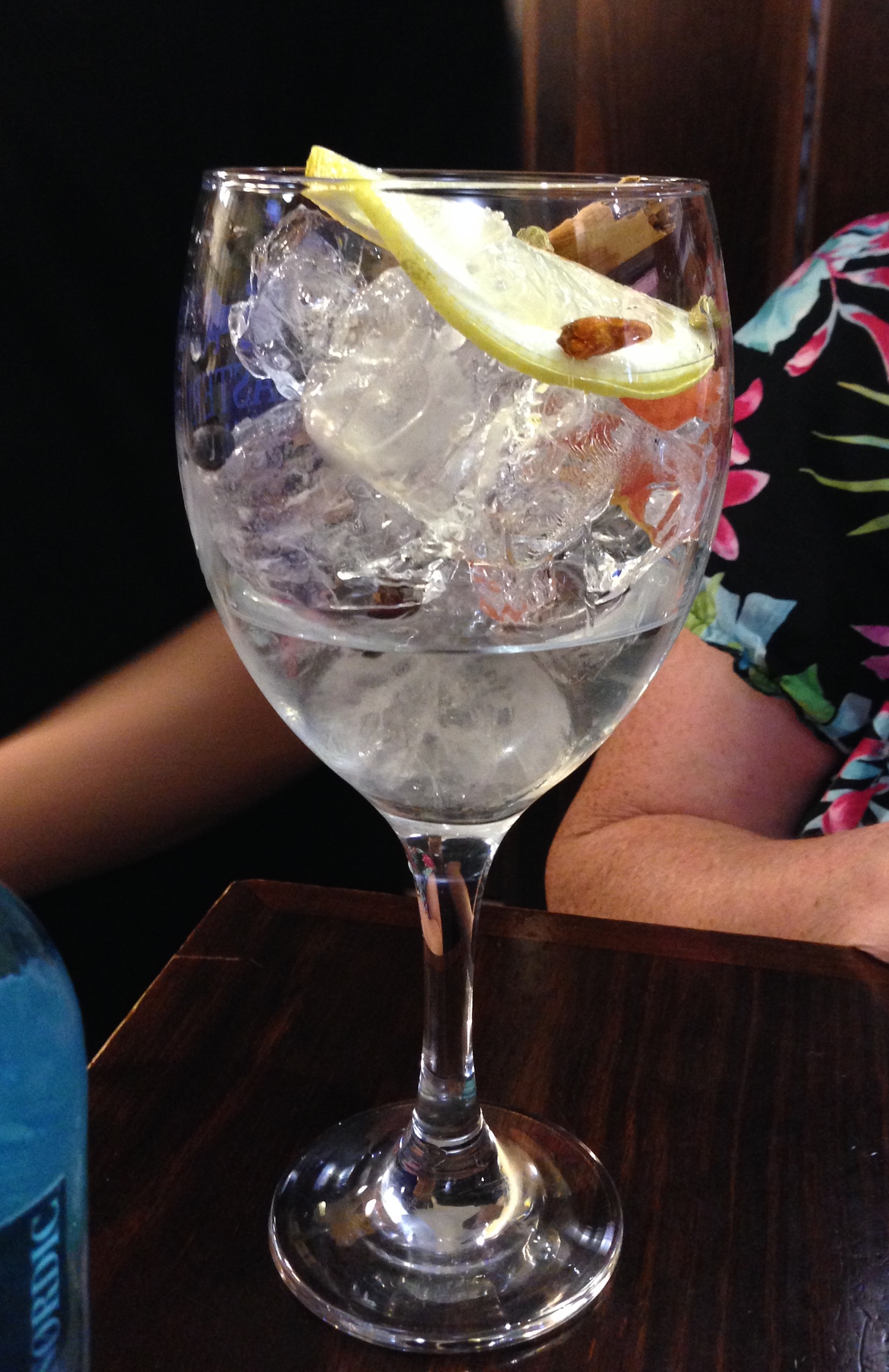 The garnishes ranged from juniper berries, cinnamon sticks and cardamom seeds to a simple lemon slice. The gins were all pretty different. Luckily, I liked a deep-flavoured sour gin that no one else enjoyed, so I didn't have to fight to finish that one off. I believe it was Bulldog gin. 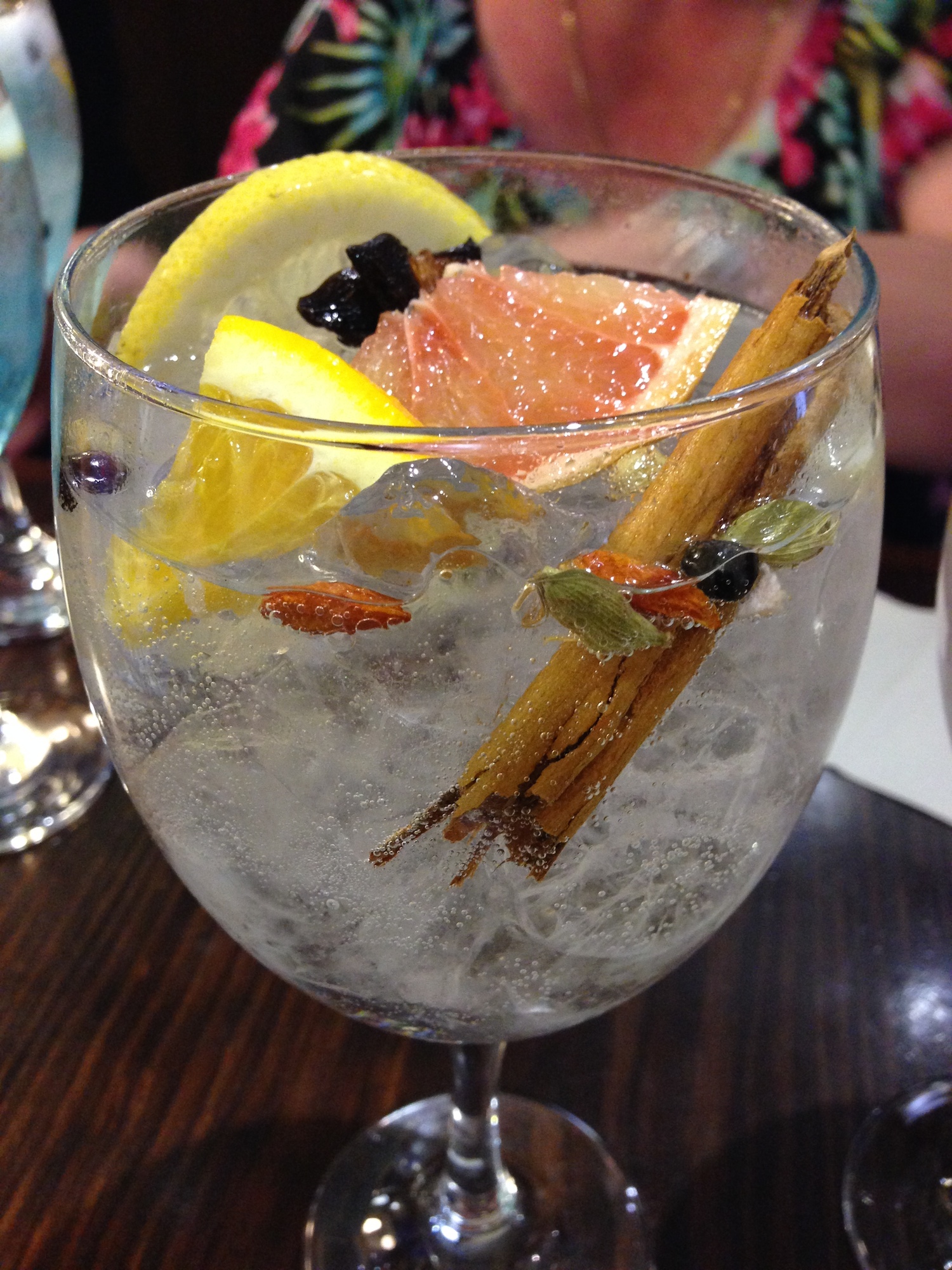 Fun fact: in most of Europe, when you want a gin and tonic, you just say "gintonic." All one word.

They also had a blue tonic, but I'm not really sure what the difference between regular tonic and the blue stuff was. I was a bad scientist and didn't do a same-gin, different-tonic experiment. 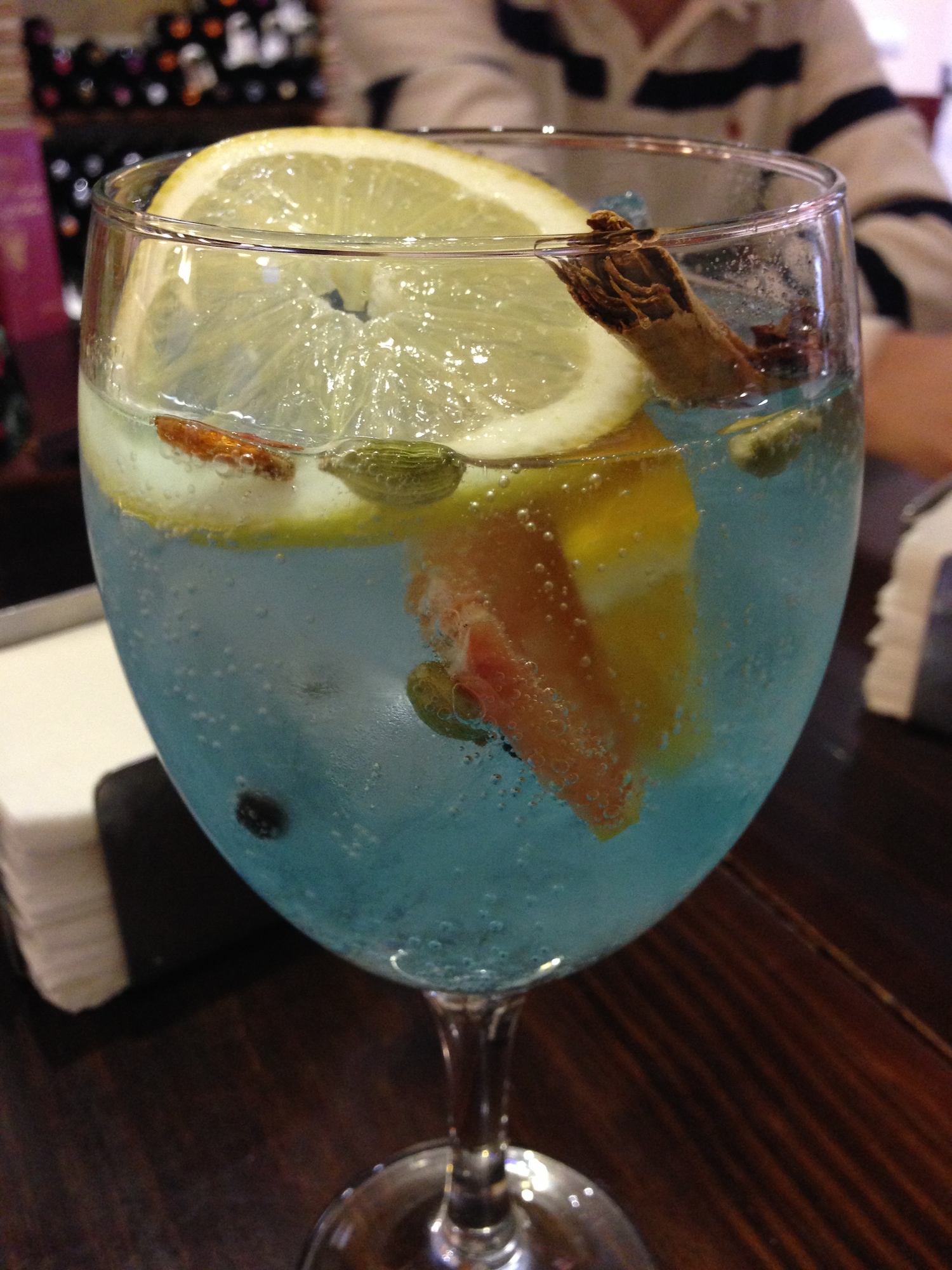 I should also mention the tapas: it was really good. It was more inventive than I was expecting – they had tempura aubergine with a honey sauce, and a melt-in-your-mouth tuna sashimi plate. My favourite, of course, was the jamón. It was one of the better jamón ibérico we had while in Spain. 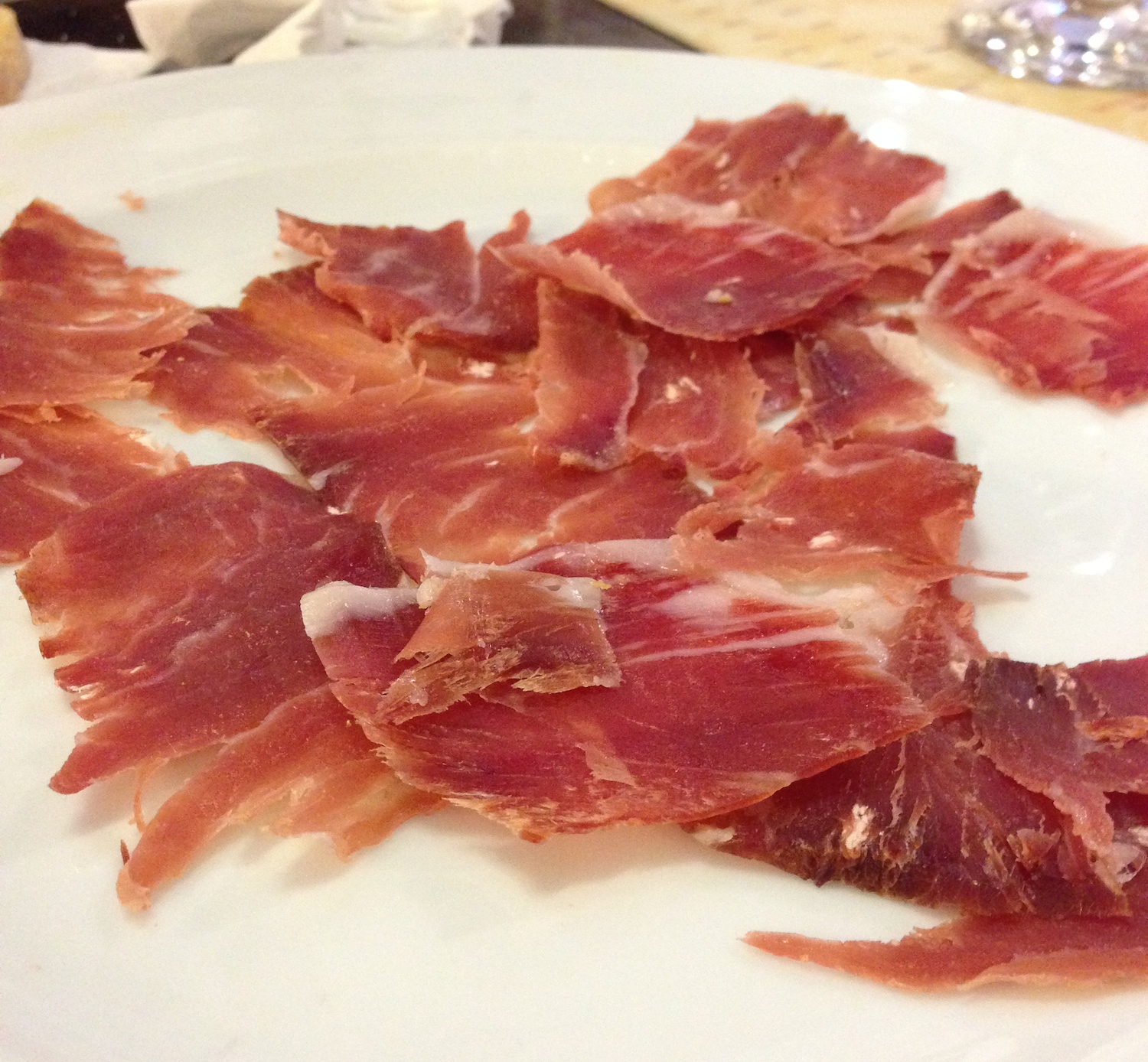 We were only in Spain a few days. Despite that, we managed to do two excellent day trips: one to Granada to see the Alhambra (check out some photos on Flickr), and one to Gibraltar (Flickr photos). If you're ever in the south of Spain, I highly recommend taking a trip to those. I also hear Seville is great, but we didn't make it there.

We're now on our way to the UK, which I'm worried will be a bit of a shock. We're leaving sunny, 24ºC weather and heading towards a rainy 10ºC.