Well, we've been here for three weeks, and I can safely say we both love the city. We love it so much we're planning on extending our time here until the end of July. It's got a mix of many things we enjoy about other European cities: the architectural beauty of Paris, the efficient transit of Berlin, the edginess (and cheapness) of Gdańsk. Plus, as I mentioned previously, it has great cocktails.

The first seven days we were here, four nights had fireworks displays. There was a free music festival the other weekend. There was Prague Museum Night, where museums stayed open until late at night. There's usually an open-air concert on this island in the Vltava. It seems like there's always something happening, and I think that's one of the main reasons we've been drawn to Prague as a livable city.

Having said all of that... there are a tonne of tourists in certain areas – and this is where I maybe see why some people say Prague has lost its charm. We are (thankfully) staying about 10 minutes' walk from the Old Town Square. We can easily get there if we want to see the Astronomical Clock chime, but we're not trapped by the tourists.

All the tourists, ever

It's overwhelming, for sure. Cross into the Old Town and you pretty much hear only English being spoken. If you're thinking of staying in Prague, I'd try and avoid that area if possible. The city is extremely walkable, so staying a little outside the centre shouldn't be a problem. We're just south of Národní, which is perfect.

Anyway, I've jotted down some thoughts on the tourist-type stuff we've done.

The first thing we did, and the first thing I'd suggest doing, is a self-guided walking tour. I've been thoroughly impressed with the Rick Steves walking tours we've done in previous cities, and his Prague city walk tour was no different. The tour is available as a free podcast and takes about two or three hours. The recording itself is just over one hour, but we stopped in museums and cafés as we went. 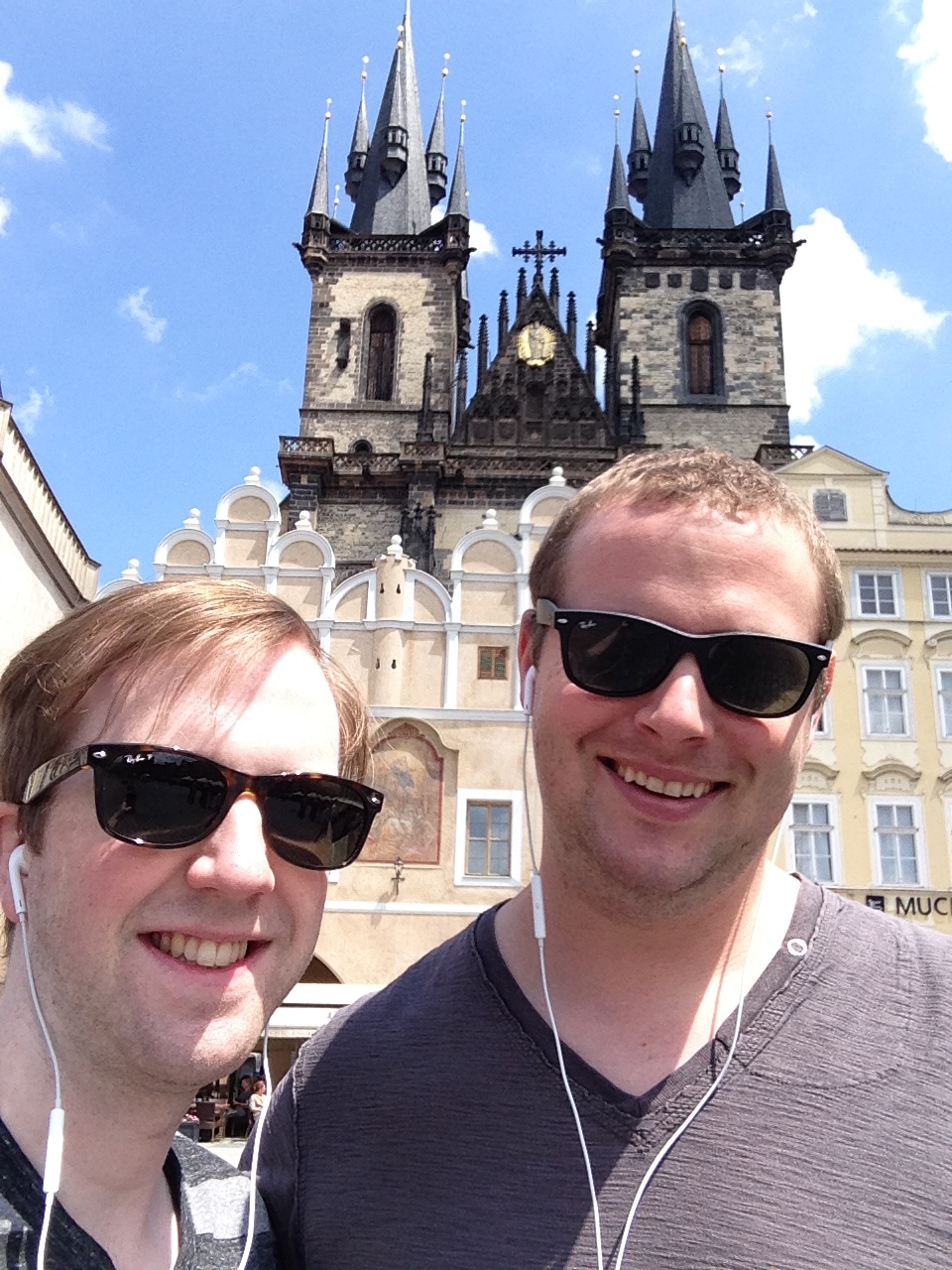 Listening to Rick in the Old Town Square

The tour covers a lot of the history of not just Prague, but the Czech Republic as a whole. I was completely ignorant of the recent history of the country and found the descriptions of Jan Palach's suicide and the Velvet Revolution quite stirring. You end up seeing all the main sights of Prague, which is great to orientate yourself. You can then go back and check out places that you find interesting on a different day (or stop along the way, as we did).

Another pretty common tourist thing to visit is Prague Castle, which you can see from most places in Prague. We decided to foolishly climb up. I would not recommend it – it's a pretty steep climb. Take transit there instead!

Those are the steps we had to climb up

The castle itself is apparently one of the largest castle complexes in the world. It's the seat of the President of the Czech Republic and has a bunch of government offices too. It's pretty cool, but... I wouldn't necessarily recommend it if you're only here for a couple of days.

There are a couple of ticket options – one has four of the major sights, the other has all ten of them. We went for the four-sight option, which was plenty. The audioguides were all out of battery (?!) when we went on a Monday, so that meant we didn't get quite as much information out of our visit. St Vitus' Cathedral was the highlight by a long shot. It had some gorgeous art nouveau stained glass windows. 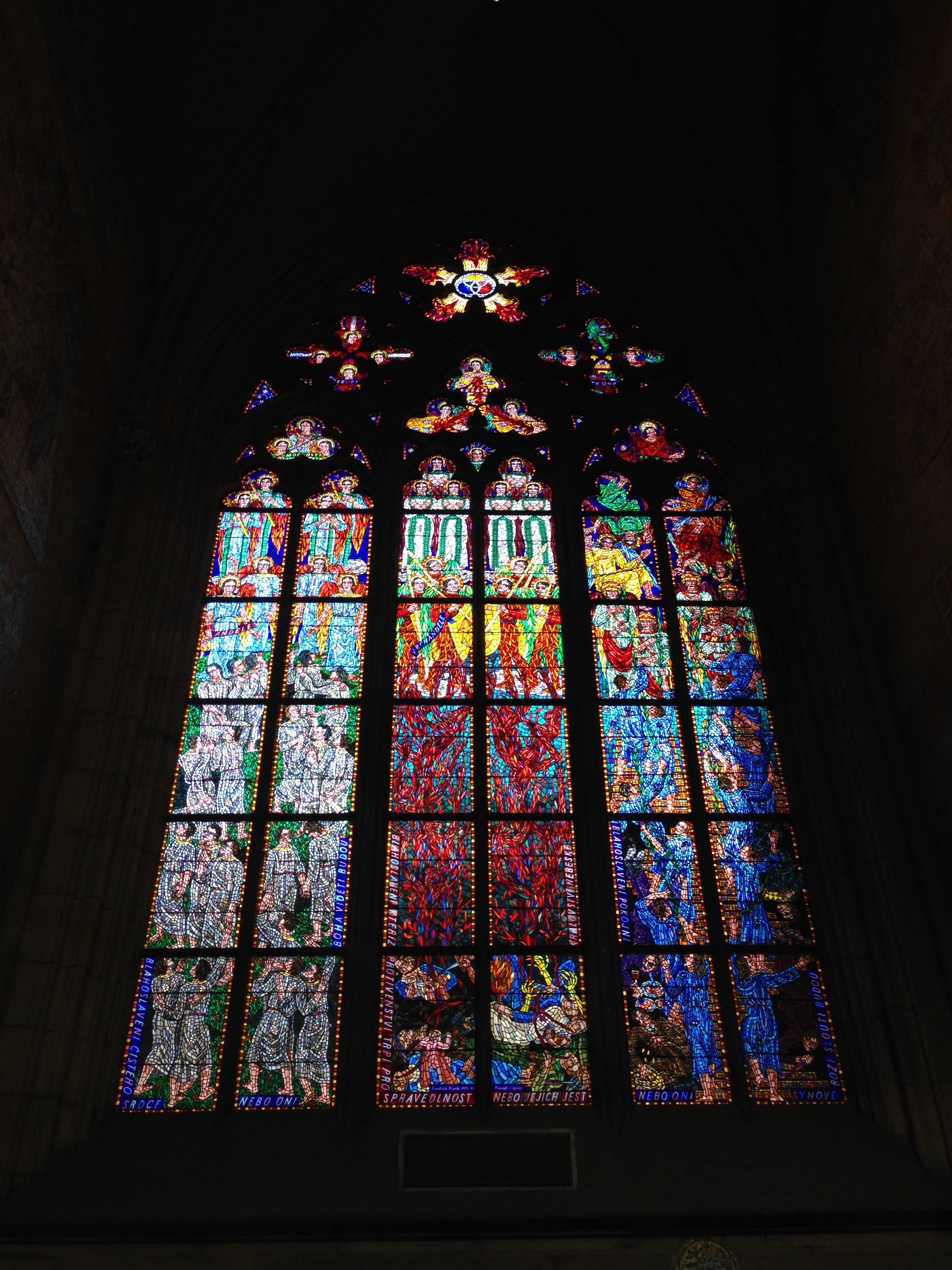 Petřín Hill is another imposing feature on the Prague skyline. We took the funicular to the top, which Hampton enjoyed because he loves funiculars. Apart from that, there wasn't much up there. Looking at the hill, it's covered in trees. We didn't quite realise that that meant there'd be no view from the top of the hill. All you can see from up there is forest, pretty much. You could pay 100Kč or so (~$5) to go up a replica of the Eiffel Tower, which I'm sure had better views, but we decided to spend our money instead on an old mirror maze. 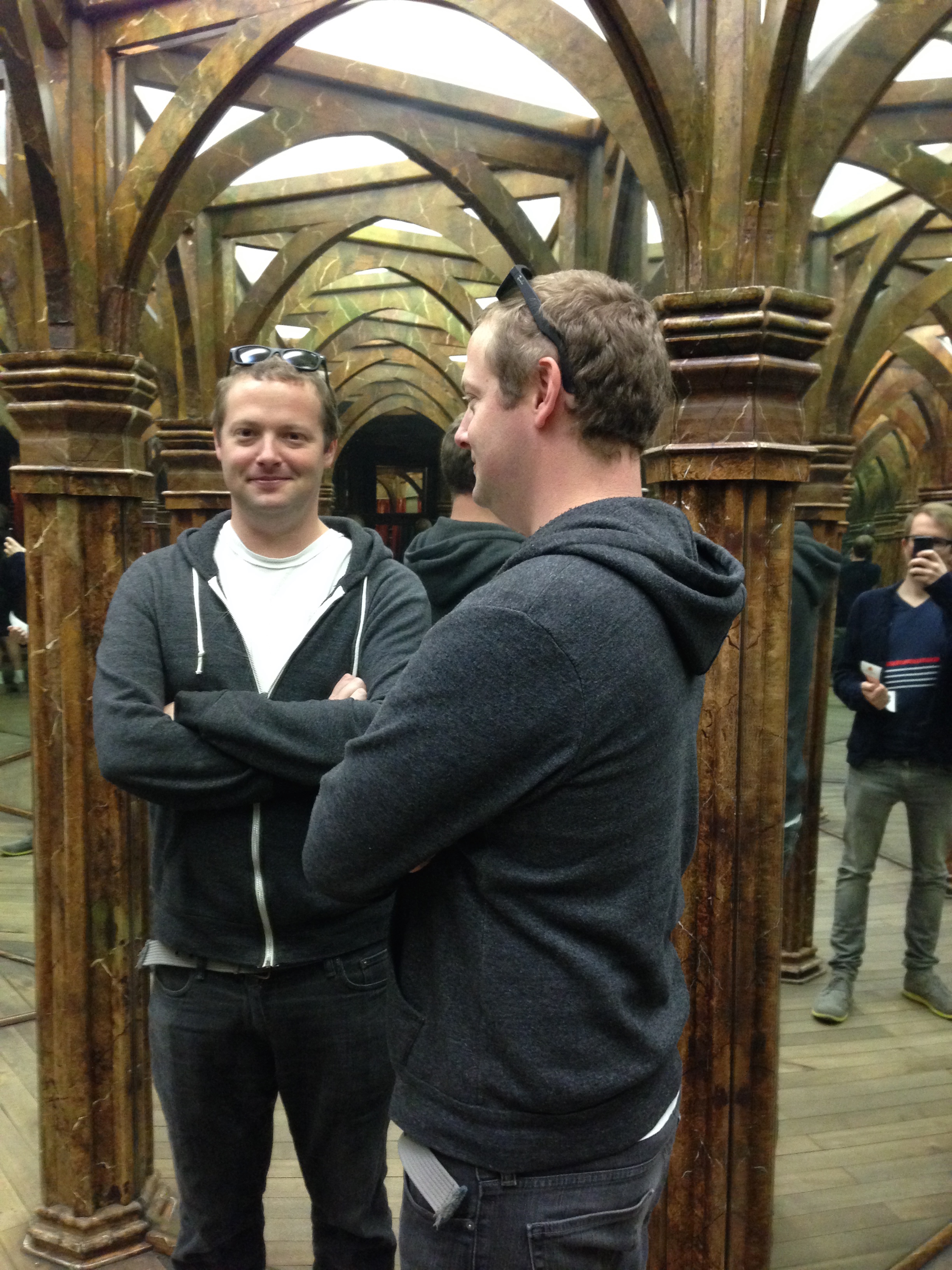 The walk down is pleasant, so if it's a nice day I'd recommend taking a trip.

That's about all the tourist stuff we have done. Like I said, we've mostly enjoyed the non-tourist stuff here. It's a great city to explore, especially with the number of parks for lazing and the random outdoor concerts we've experienced. A great site we've been using is Expats.cz, which has a list of events going on every day.