We asked for recommendations for the best retaurant in Prague and were told that Sansho was the place to go. Most of the places I found online described it as Czech-Asian fusion, which sounded too weird to pass up. Plus, it was our third first-year anniversary so we decided to book a table.

It's in the north of the Old Town, on a beautiful square right next to this amazing church. 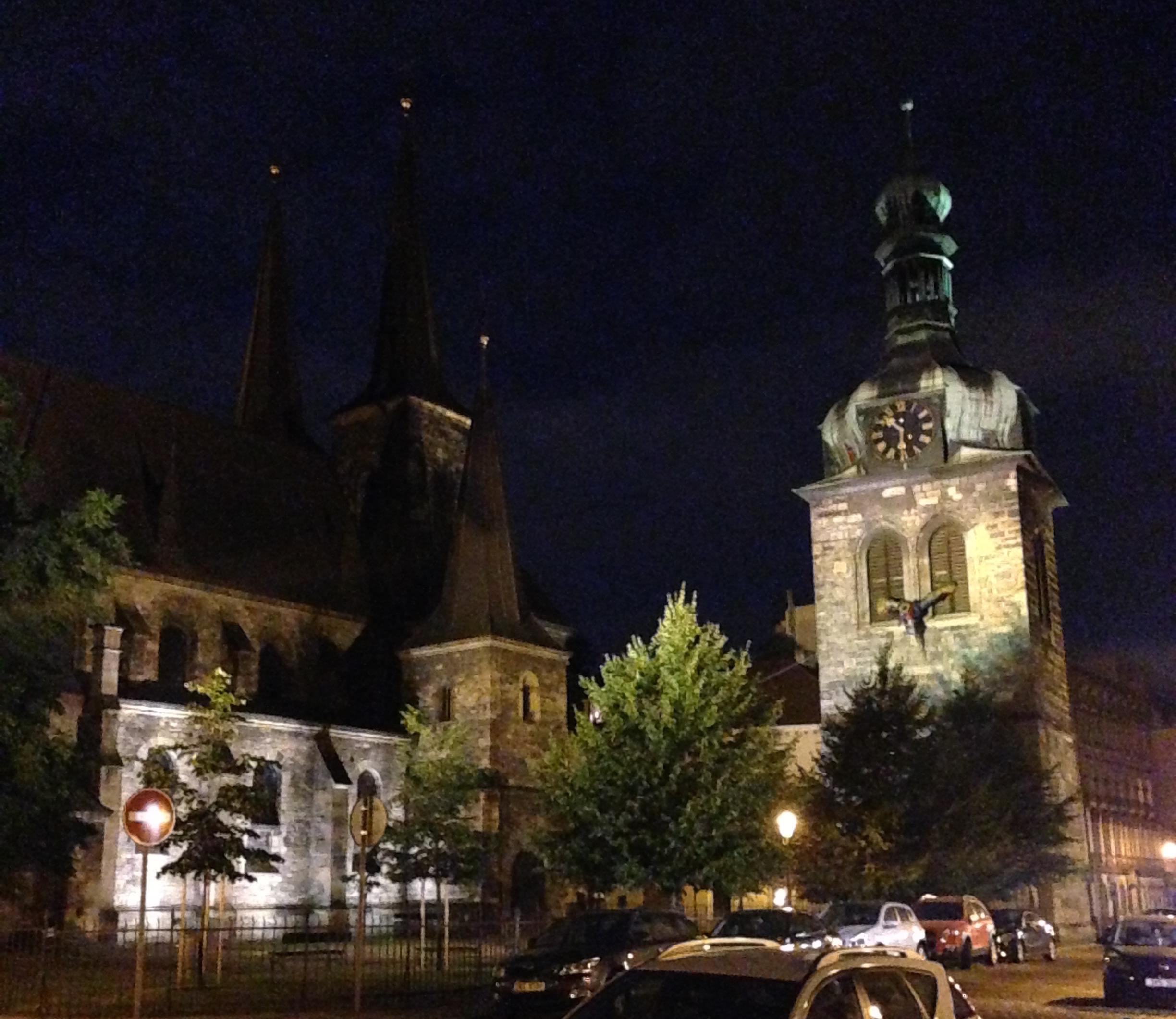 Church outside – notice the creepy bird installation on the tower

Apparently you can eat outside during the daytime, but it was a little chilly so we ate in. The interior was pretty sparse, and reminded me of Suppenküche in San Francisco. There were long tables with benches for mixed group dining, as well as a couple of individual tables. The servers could have been from San Francisco, too. They were all in plaid shirts and may have just wandered in off Valencia Street. 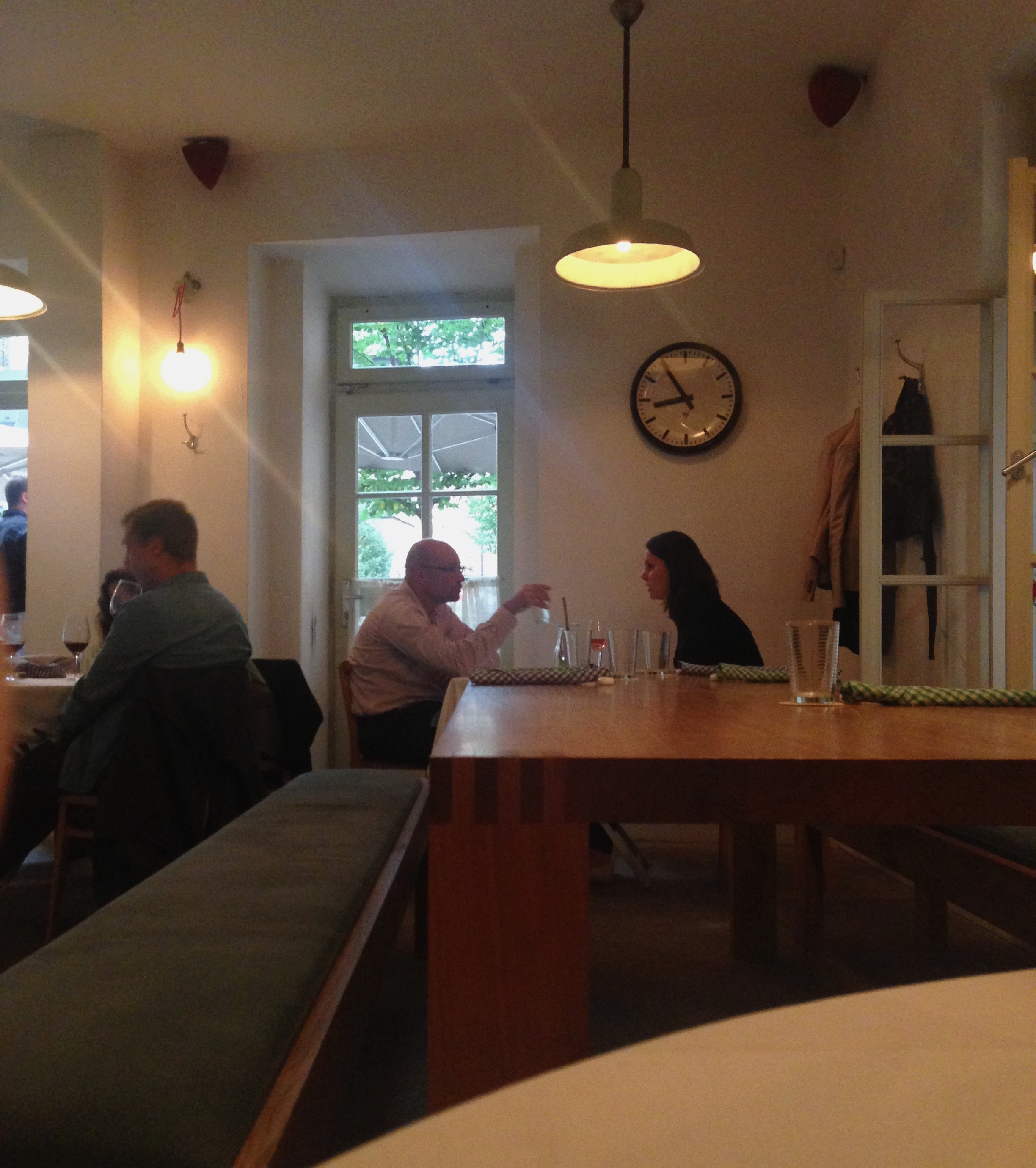 Interior of the restaurant

For dinner, the only option you have is the set menu, which is fine by us. I love not having to decide what I'm going to eat. Each course came for the two of us to share. The set menu changes every night. What's weird was that other tables didn't get the same set menu that we did – some had the same dishes in a different order, some had a much different menu. It didn't seem to be dictated by any dietary requirements, so I can't quite figure it out. Anyway, onto the food.

The first two courses were fish. There was a salmon sashimi, which was kinda standard. Then there was a soft-shell crab slider. It was really good. The bun had a steamed bun texture which went great with the crispy crab. There was a little too much wasabi on it for my taste, but whatever. 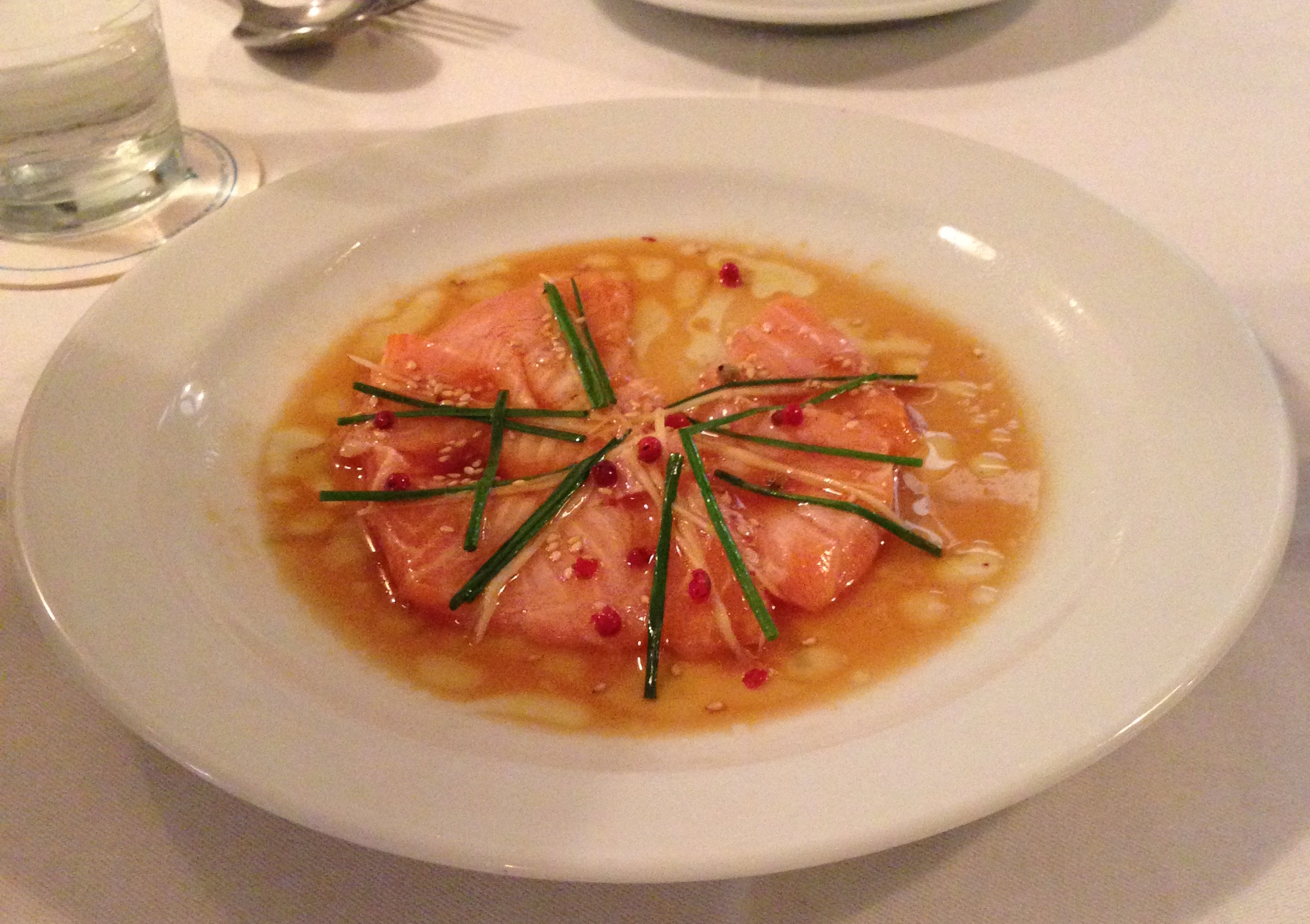 One: Salmon sashimi with soy and red peppercorns 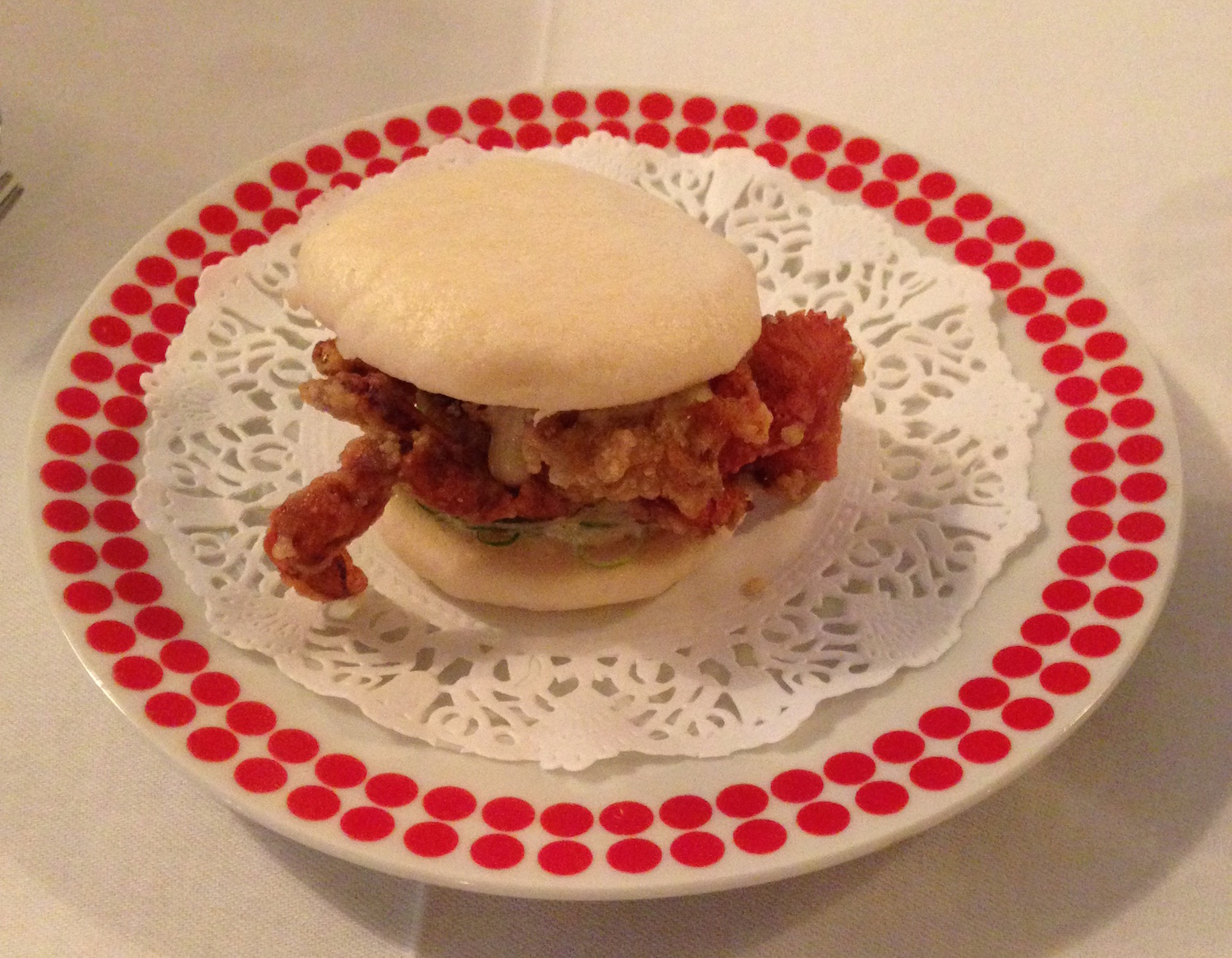 Two: Soft-shell crab slider with wasabi cream (what's up with the doily, amirite?)

Then there was a salad course: asparagus with ginger dressing and a crispy egg. I didn't get the egg bit, but the asparagus with ginger was great. I don't think I've ever had asparagus with more Asian-inspired flavours before. I guess this was the only thing that I could identify as really Czech-Asian fusion. Following the salad there were some gyoza, which were tasty but nothing special. (Don't get me wrong, I love gyoza, but they're like crème brûlée to me: if you're competent enough to make it, it's gonna be delicious.) 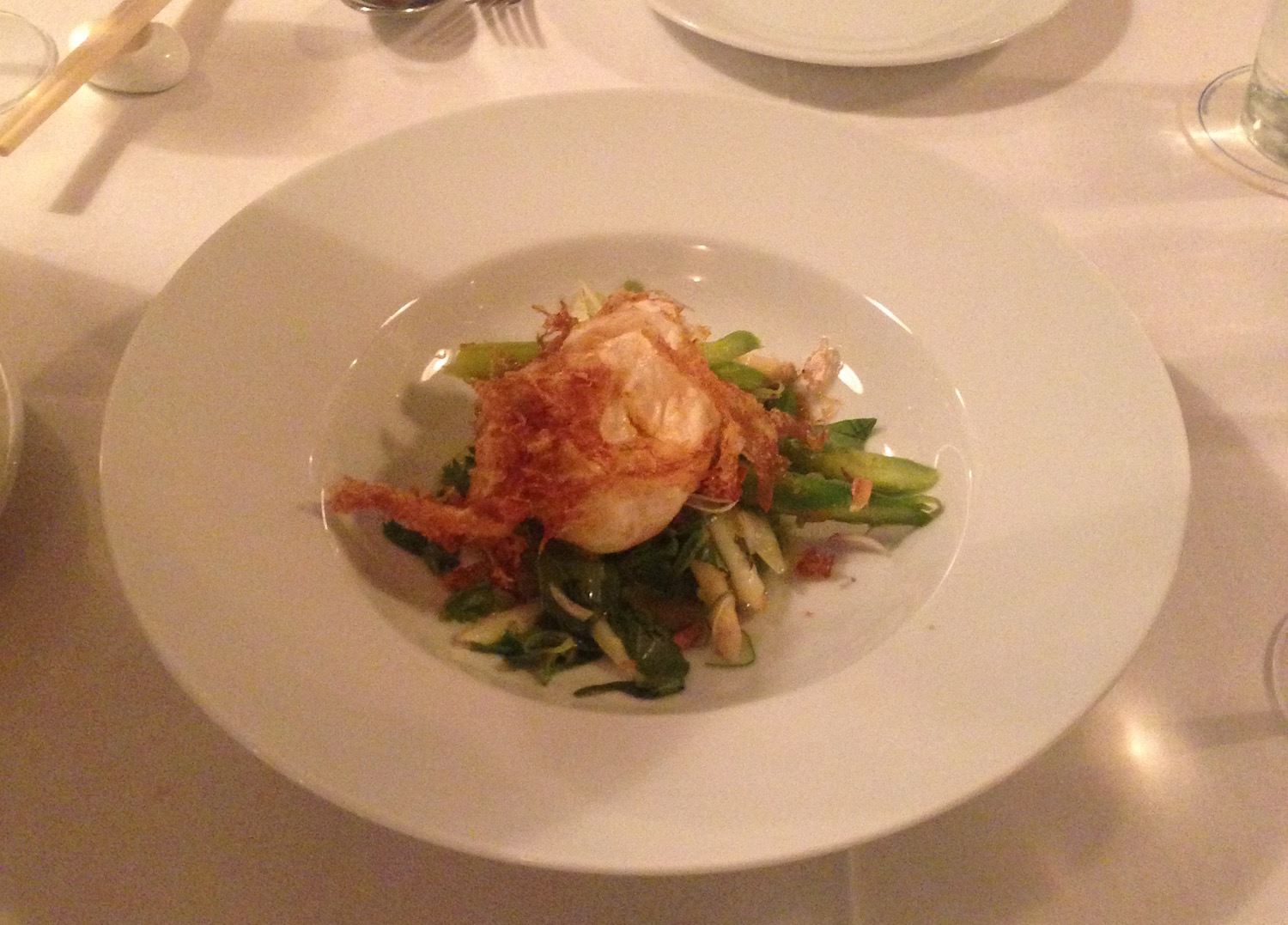 Three: Asparagus and ginger salad with a crispy egg 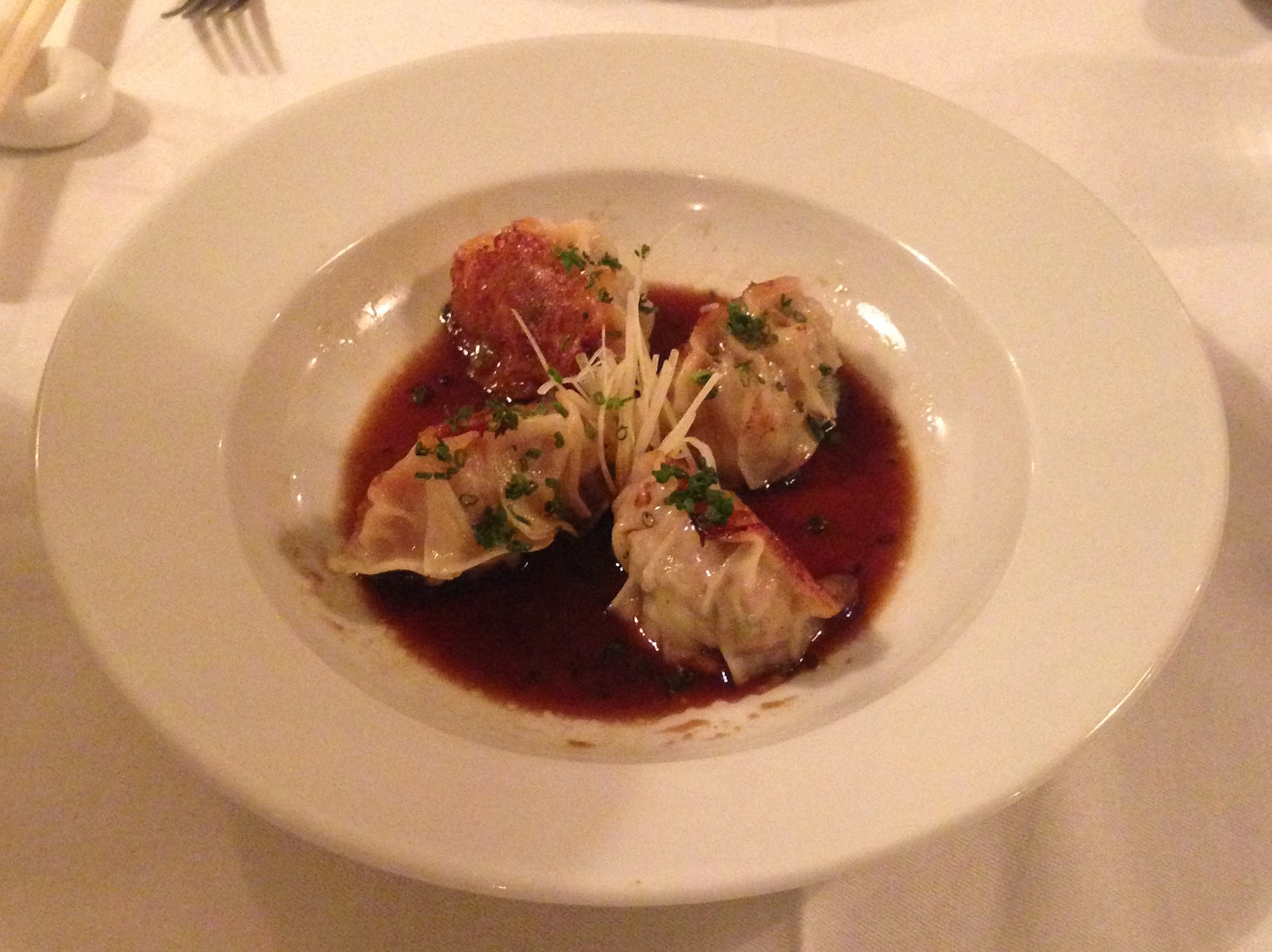 Next up were my favourite two dishes. First there was a tender pork belly with chunks of watermelon. The pork belly had a sticky, sweet sauce on the outside which melted perfectly with the watermelon. Then there was a panang-style curry with some chili jam. It was served with some bread, sticky rice and a papaya salad. The curry had a strange texture, and the server explained that it was made up of "everything else from the pig."

Apparently the restaurant is a "whole animal" restaurant. There was a chalk-board sign out front explaining this. Up until this point of the meal – aside from the whole crab slider – there wasn't much evidence of the "whole animal" philosophy. But I guess getting a curry with "everything else" in it counts. 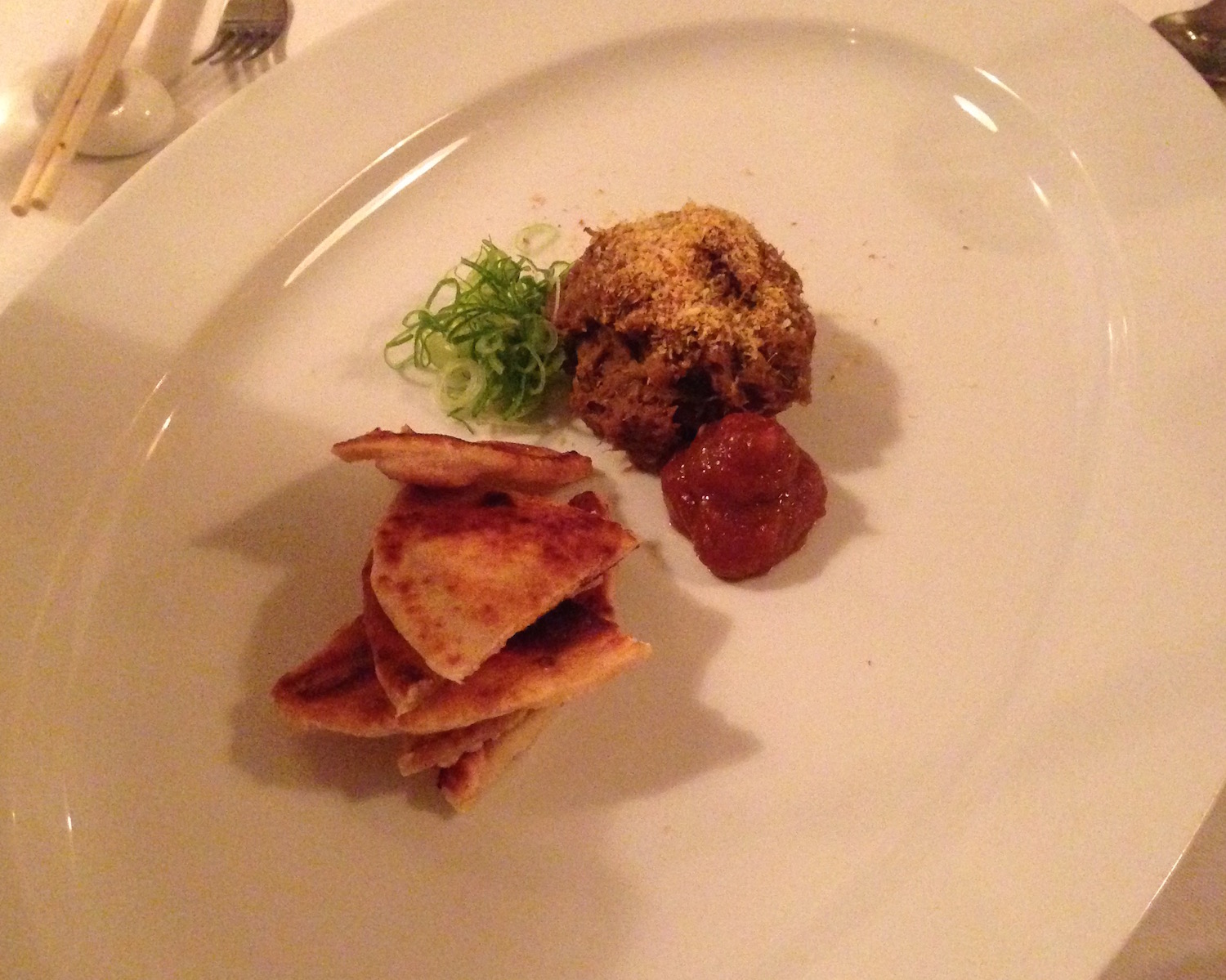 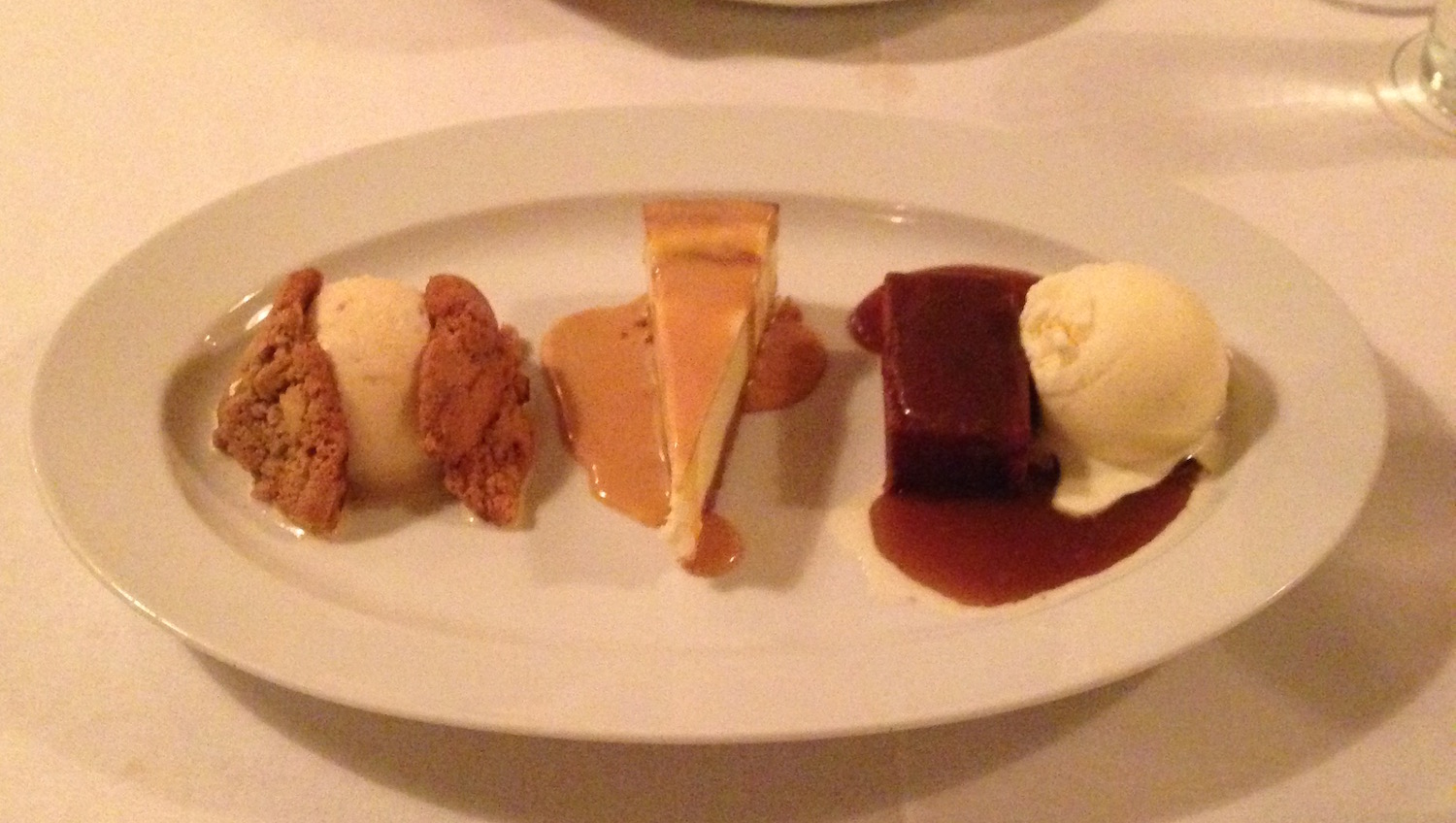 The sticky toffee pudding was the favourite, but the cookie/peanut ice-cream came a close second.

The seven courses and came out at about 1000Kč (~$50) per person, so pretty pricey for Prague. Plus they did this thing that I've noticed a lot of restaurants do here, which is give you something without you asking, then charge you for it. It's happened with bread and jugs of water a bunch of times. I kind of assume that if something's placed down on the table and I haven't specifically asked for it, it's going to be free. I don't know if this is just a traditional thing or what, but I haven't noticed it elsewhere in Europe really.

All in all, Sansho is a great place for a special meal, with some inventive twists on Asian cuisine. If you're here for a special occasion and want something a little out of the ordinary, I'd recommend it. Just make sure you're prepared for the bill.