We moved to a (slightly) different area of Prague the other day. I was pretty excited because hey, there'll be a whole new bunch of cocktail bars to go to! Looking online, it seemed like Bugsy's Bar is one of the nicer cocktail bars in Prague. If you like Hemmingway, Foursquare said, you'd like Bugsy's. Their website is very slick – look how dapper the bartenders are, with their bow-ties and braces! Anyway, we gave it a shot. We weaved our way through old town street, went past a scary bouncer and down into a basement where the only lighting seemed to come from neon-pink spotlights pointed at the ceiling.

The crowd was... strange. Everyone was dressed as if they were in a club. Short skirts and heels for women, blazers and super-shiny shoes for the guys. When we walked out later that evening, we realised we must be in the "club" district, as every other doorway had a bouncer and a line of people waiting to get in. Maybe Bugsy's is more of a pre-club venue?

When we sat down, we were presented with one of the most amazing drink menus I've seen. It's a thick book designed as a graphic novel. The cocktails are split into broad categories, and each category has a beautiful double-page spread listing out the cocktails followed by a few pages of a story. We follow a single character through a noir scene (for classic cocktails), a Caribbean adventure (for rum cocktails), a scene with Batman (for "Gotham Cocktails," whatever they are), and so on. There was even a page for mocktails where our hero ended up being pulled over and passing a breathalyser test.

Anyway, the *range* of cocktails (despite the menu) was pretty disappointing. Nearly all were either classics, or vague variations on rum cocktails. I got a gin fizz and Hampton a vesper. 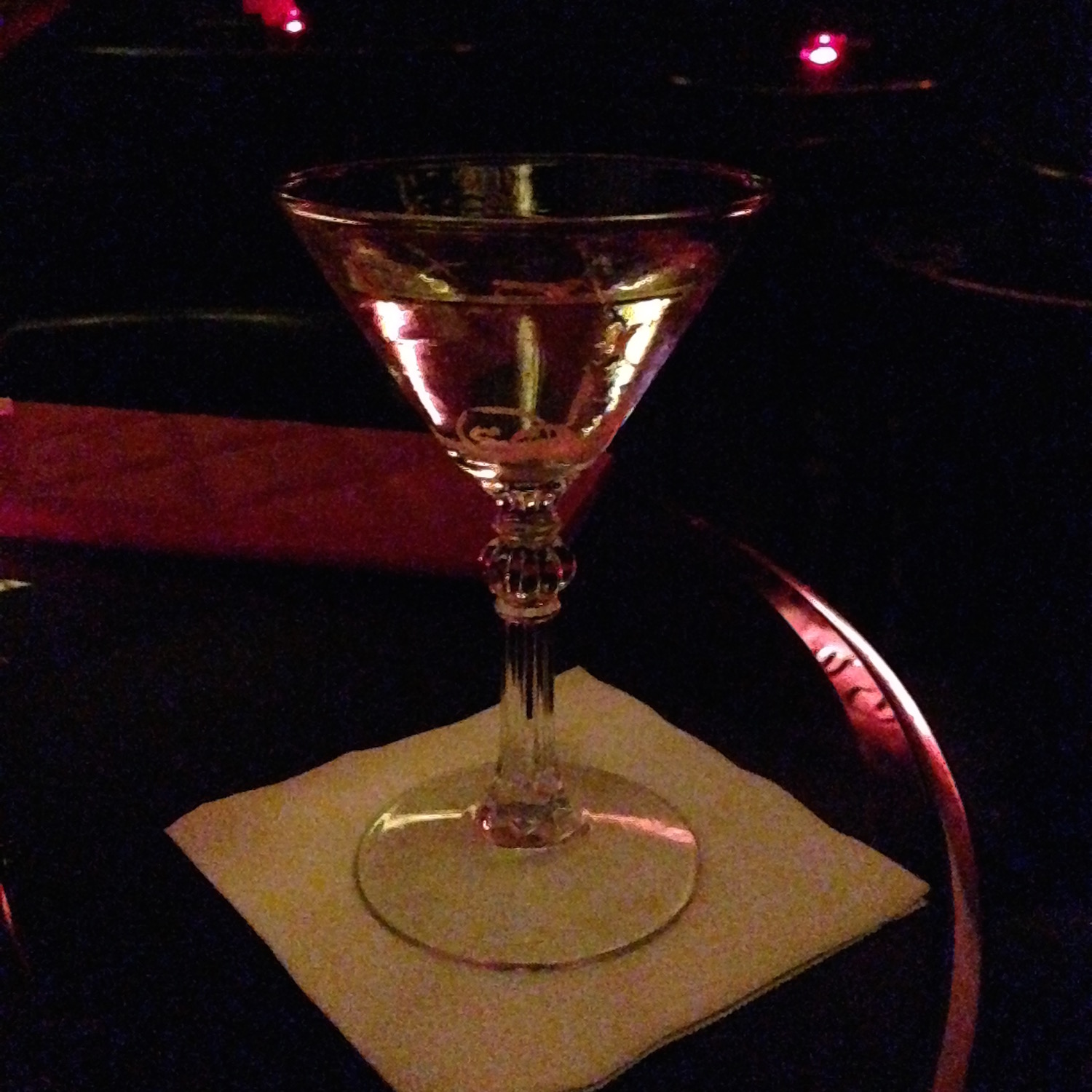 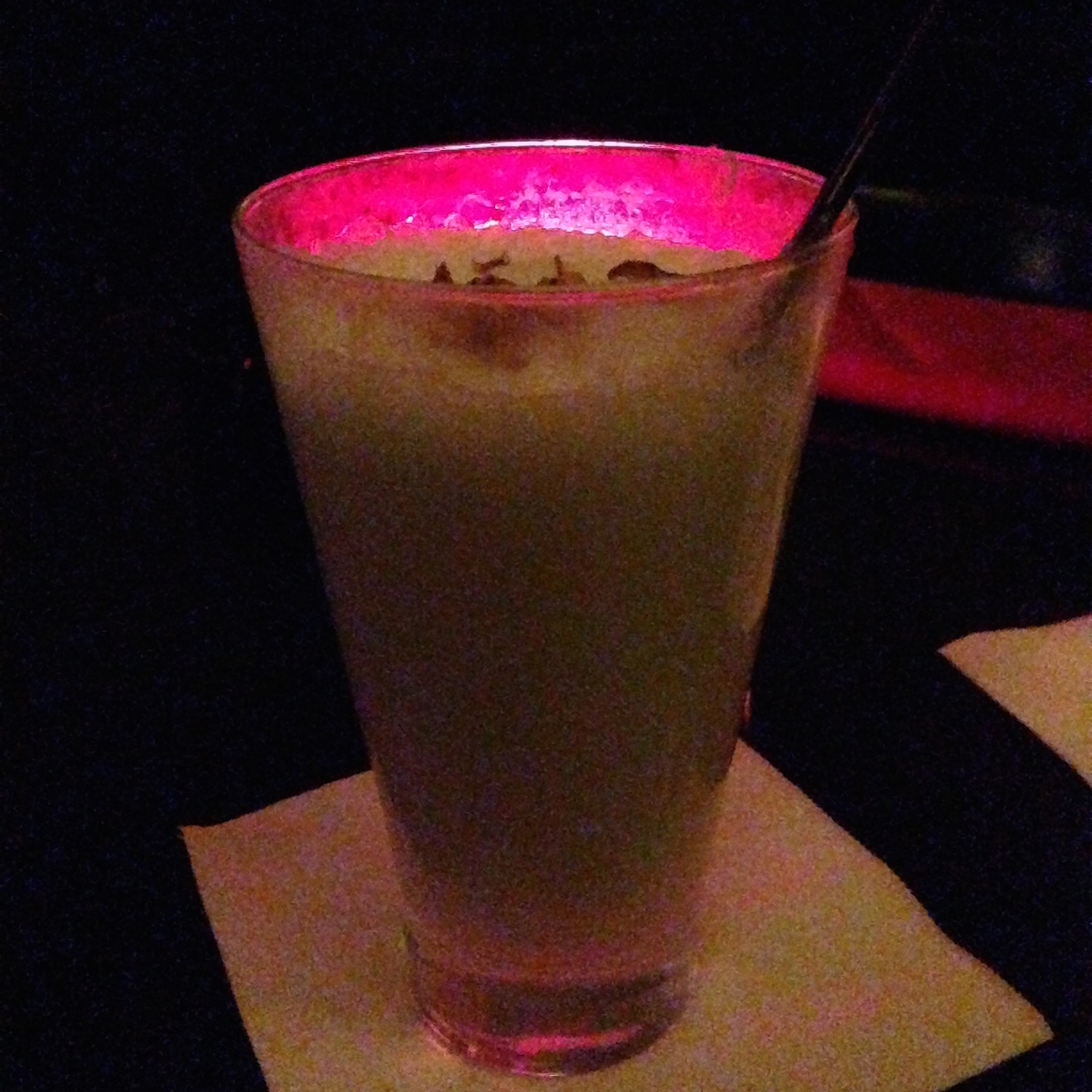 Gin fizz. It came with a bunch of... flowers? Berries? Something on top.

For a bar snack, the server gave us this shot-glass of things that looked like undercooked chips. Turns out they were some kind of string-cheese that had been rolled in spices or something? It was super-weird. 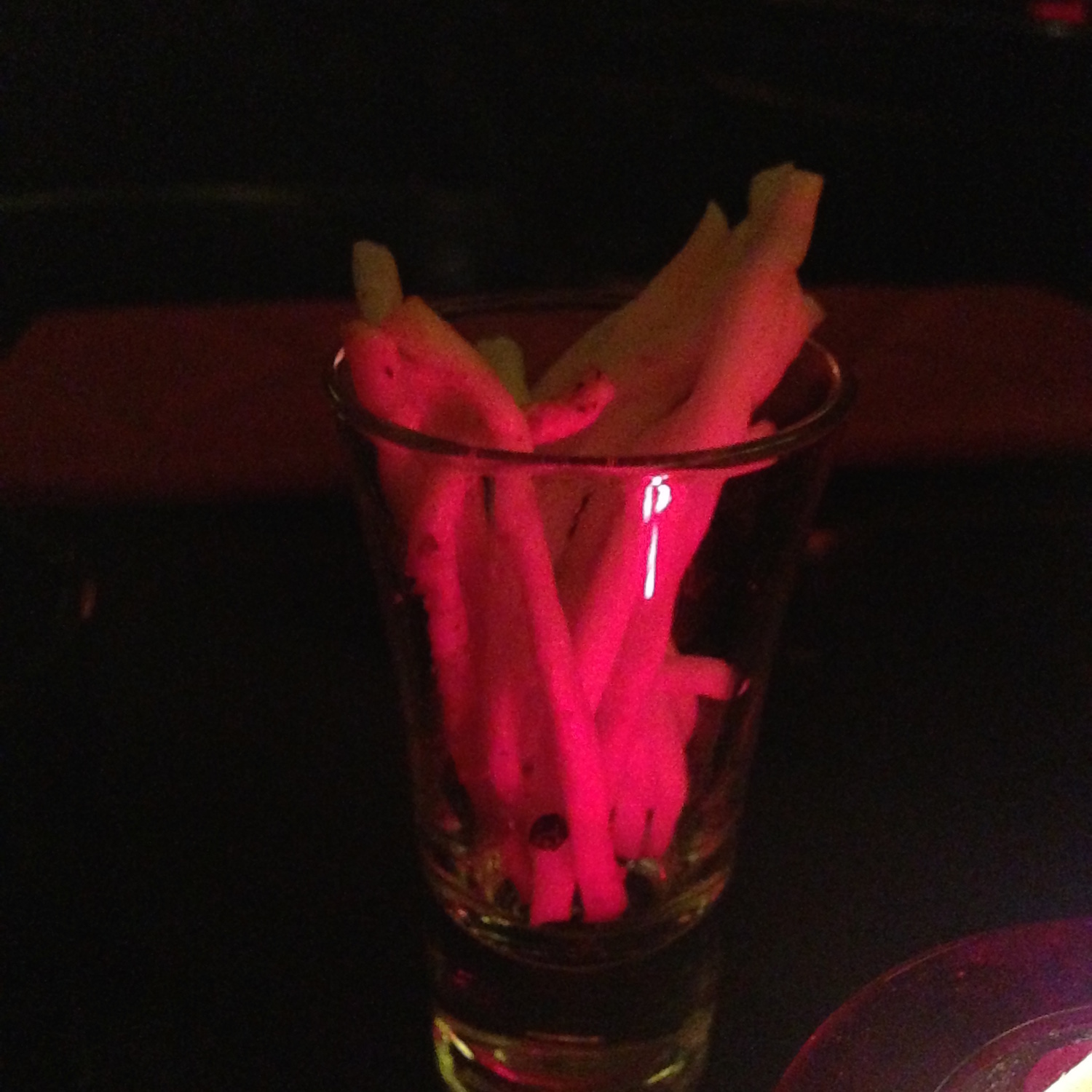 Overall, I was pretty disappointed, to be honest. That plus my confusion (or their confusion) of what the bar was. The cocktails were pretty high-end, and not cheap – which suggests an upscale bar. Yet mix that with the disco soundtrack, weird pink lighting everywhere, and about-to-go-clubbing crowd and I didn't really want to spend a lot of time there.