Cloud 9 (or, in full, Cloud 9 Sky Bar & Lounge) is located in the Hilton, just east of the central Old Town district of Prague. It's got pretty good reviews, most extolling the views over Prague. So, of course we had to go.

Firstly: getting to the Hilton is surprisingly tricky. (NB: there are two Hiltons in Prague, the more central Hilton Prague Old Town and the Hilton Prague. This is in the latter.) It's strange how much Prague changes between the first and eighth districts. It quickly goes from windy cobblestone streets to broad roads and unfriendly pedestrian crossings. The Hilton itself takes up a whole square block, yet finding the right route to get there – even finding the right entrance to use – was confusing. We just about managed by following the tourists forming a trail on their way to the Old Town.

Once you've found your way in (use the west entrance to the Hilton, and take a sharp right for the lift to the ninth floor), the views are the first thing that strike you. It was early evening as we came in, and the sun slowly setting gave some nice cloud patterns. However, I guess I was expecting more of a grand view of the centre of Prague. Instead, you get a beautiful view of the Allianz building next door. 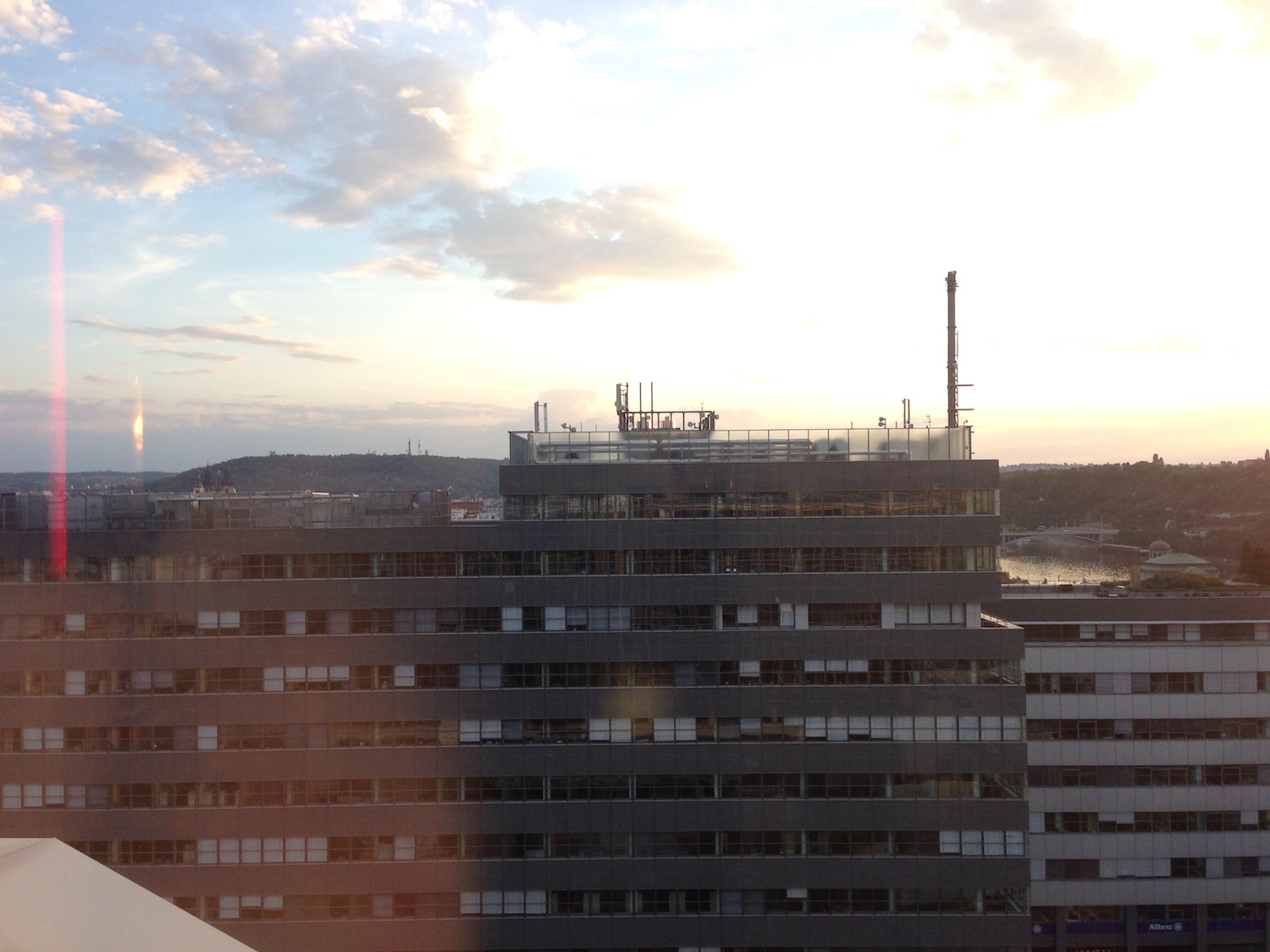 The view west, towards the centre of Prague

I suppose I'm being a little harsh – you can just see the top of Church of Our Lady before Týn on the left. 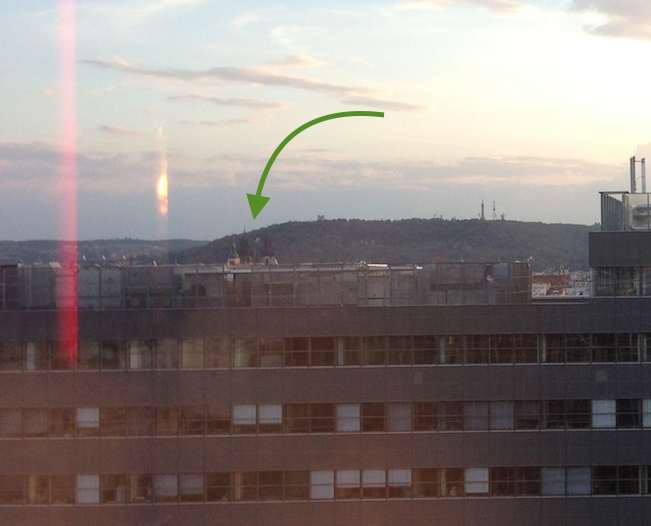 I found Wally the Church!

The north and east views are nicer – but more pastoral than the gothic spires I was imagining. 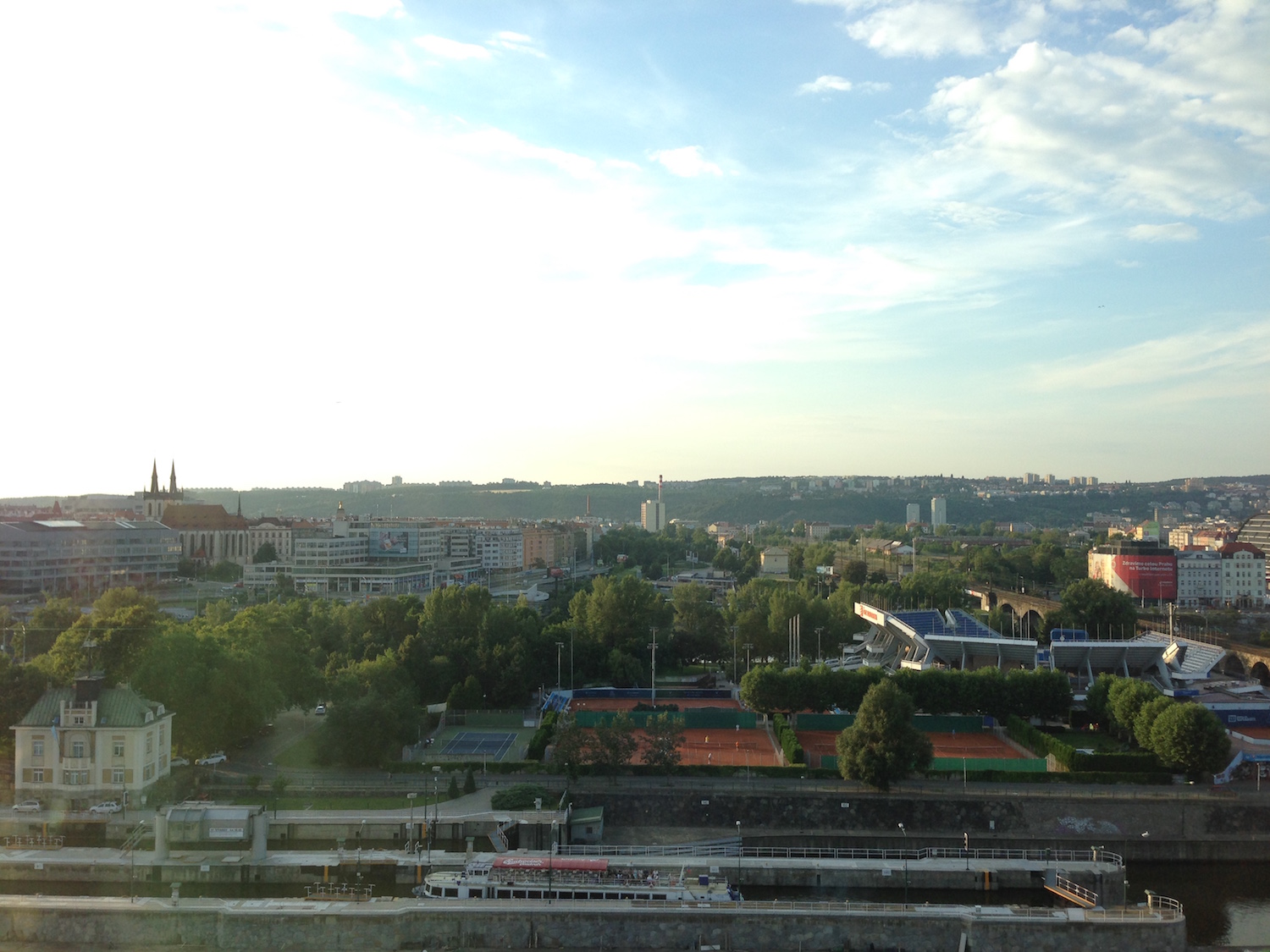 The bar itself was decorated like a hotel bar. Clean lines, mirrors everywhere, leather-backed chairs. They had a couple of outside seating areas, but these were filled up with hotel guests. 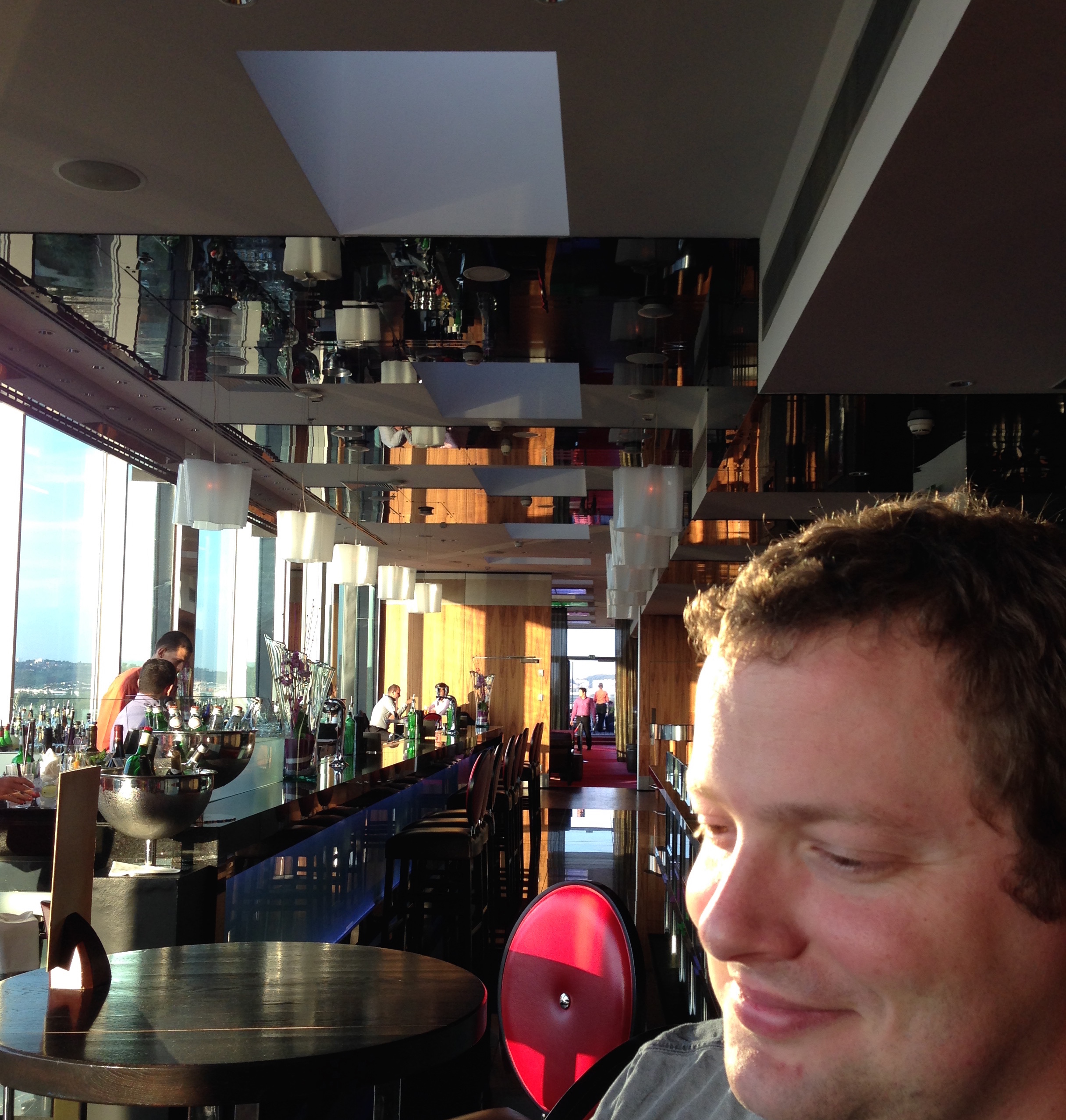 Interior of the bar.

Speaking of the clientele, I wasn't too surprised to find it filled with tourists. It was early (7pm), the bar is tricky to find, and it's a hotel bar, so you're not going to get an authentic Czech experience. Even so, the groups of English/North American tourists asking the waitress to pronounce "Na zdraví!" ("Cheers!") over and over was grating. But onto the cocktails!

The menu was interesting, and had a good mix of classics plus some that had been made up in the bar. Their inventions all had new-agey, etherial names like SUNSHINE and MYSTIC and DESIRE. Their most famous cocktail (according to them, at least) is the CHARISMA. 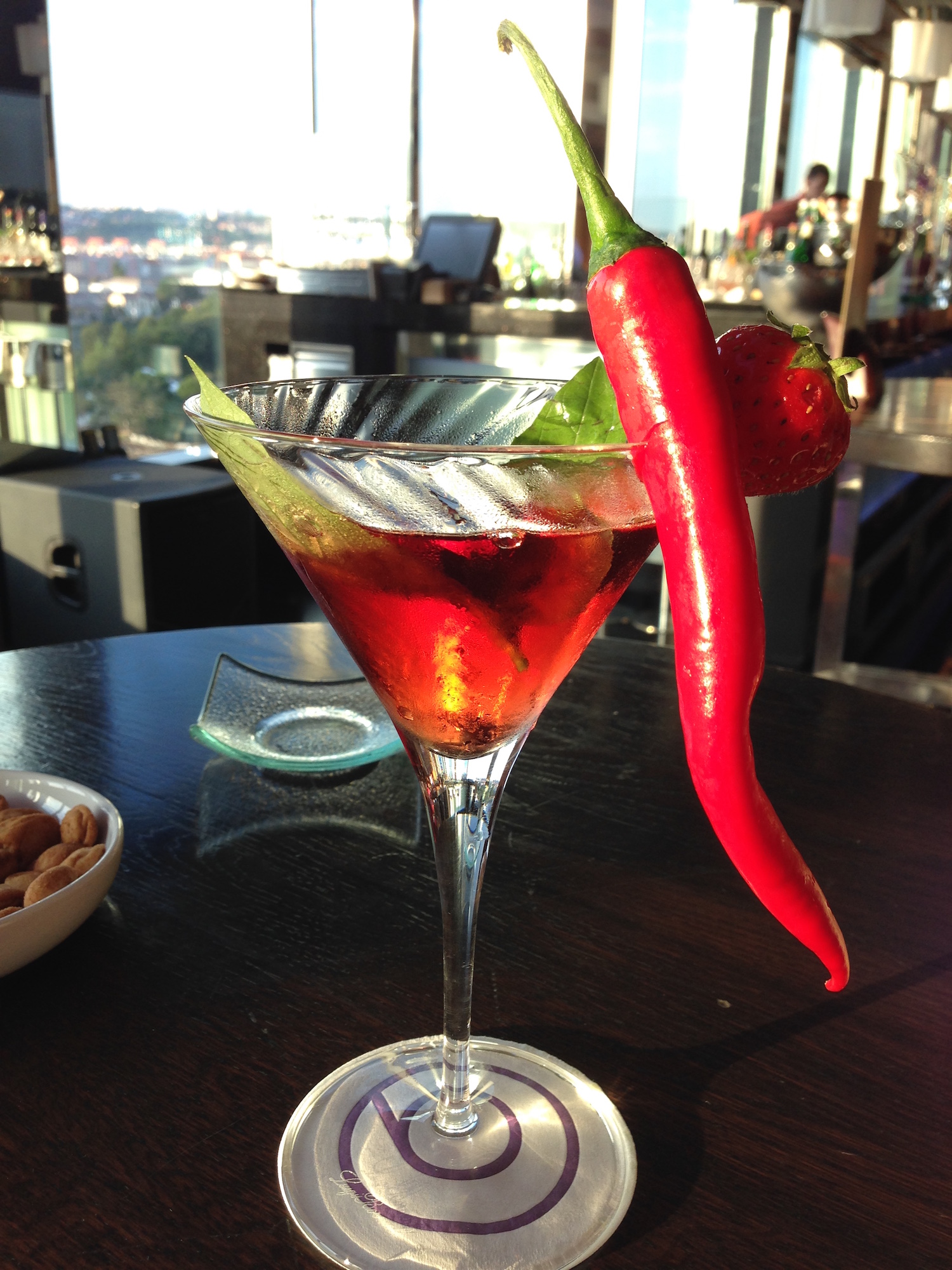 The Charisma is so famous that it has intricate instructions for drinking.

Despite that, you still look like a wally drinking something with a giant chili pepper sticking out of it. 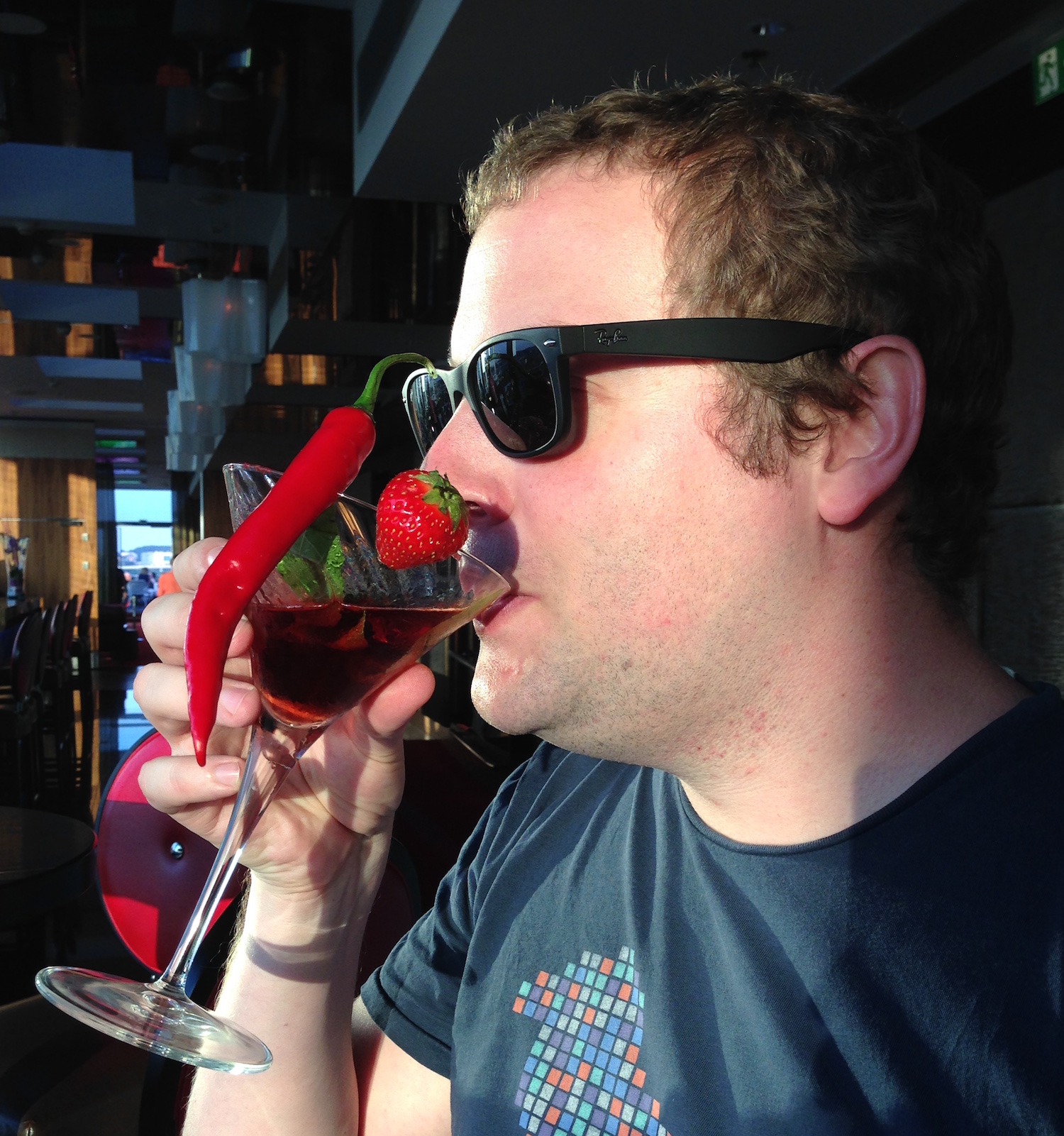 My drinks weren't nearly as exciting. They didn't even have instructions on how to drink them. Sad times. 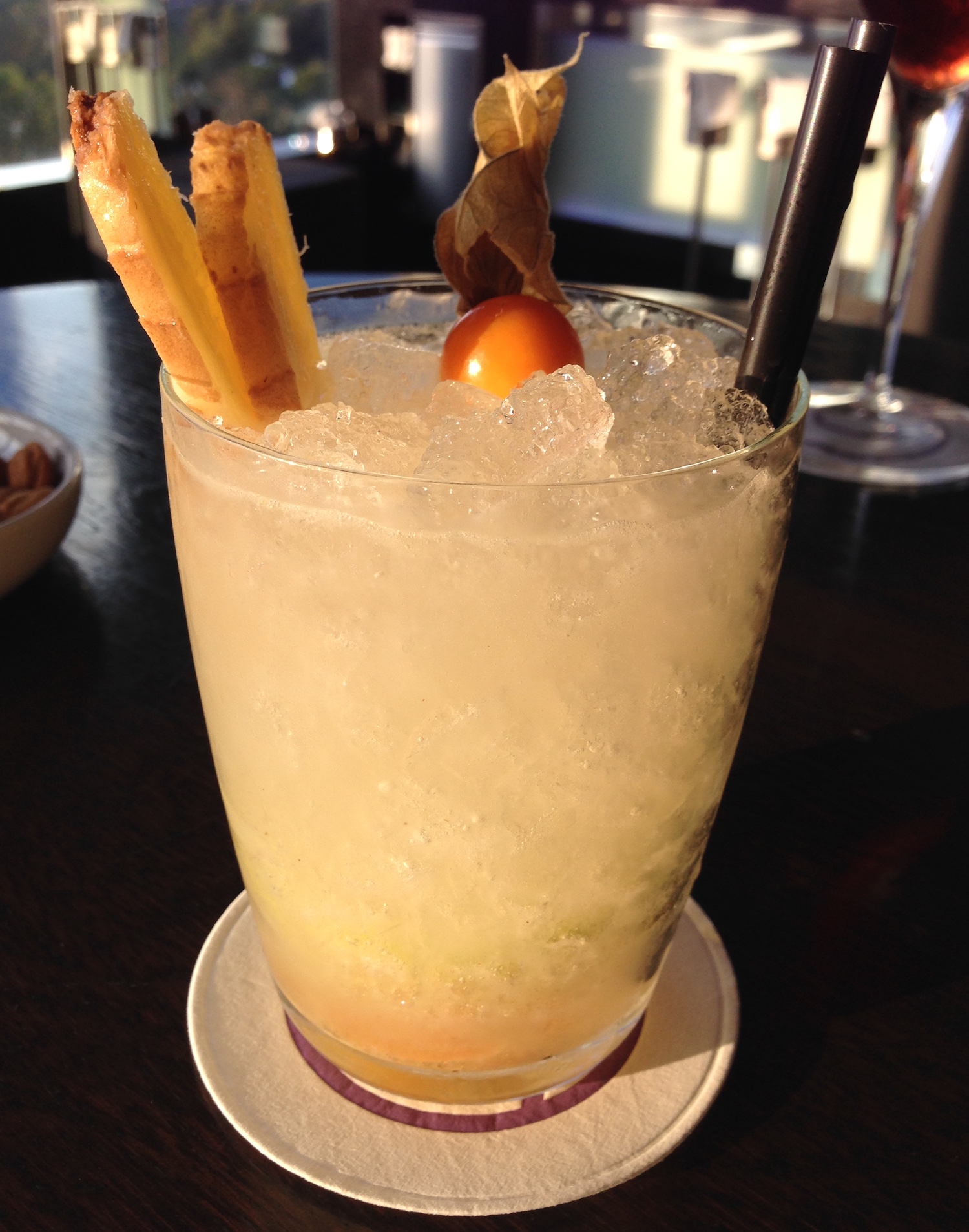 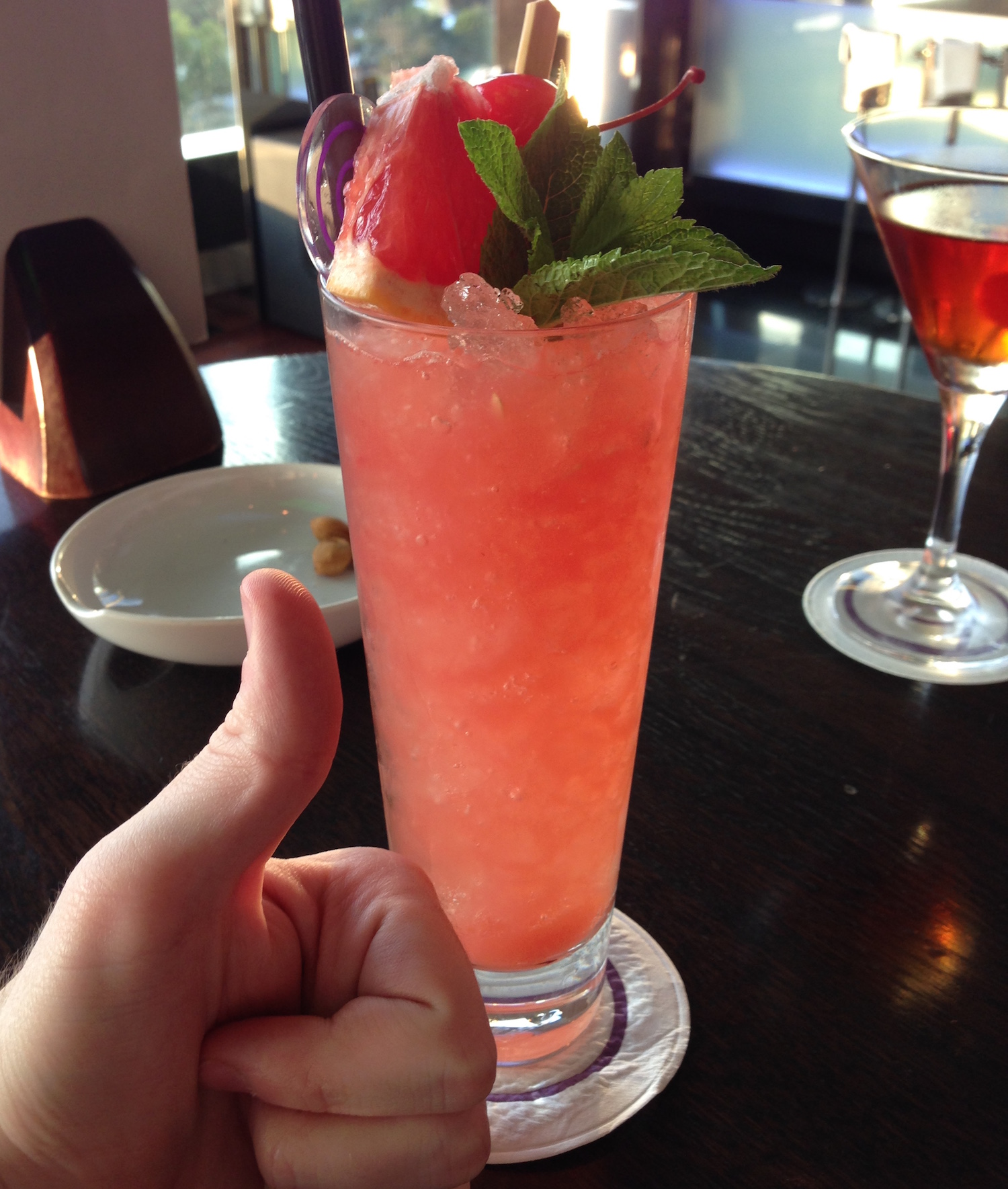 Desire (the thumbs up is for size reference, not endorsement)

The Mystic was a vodka-ginger-lime-sugar thing and was delicious. The Desire, on the other hand, tasted like what I imagine pot pourri tastes like (i.e. gross).

The bar snacks were delicious. We never really found out what they were, due to the language barrier, but it seemed to be some kind of caramel-coated peanut in a crispy shell dusted in salt and dried tomato (? maybe). We scarfed them down in about five minutes. 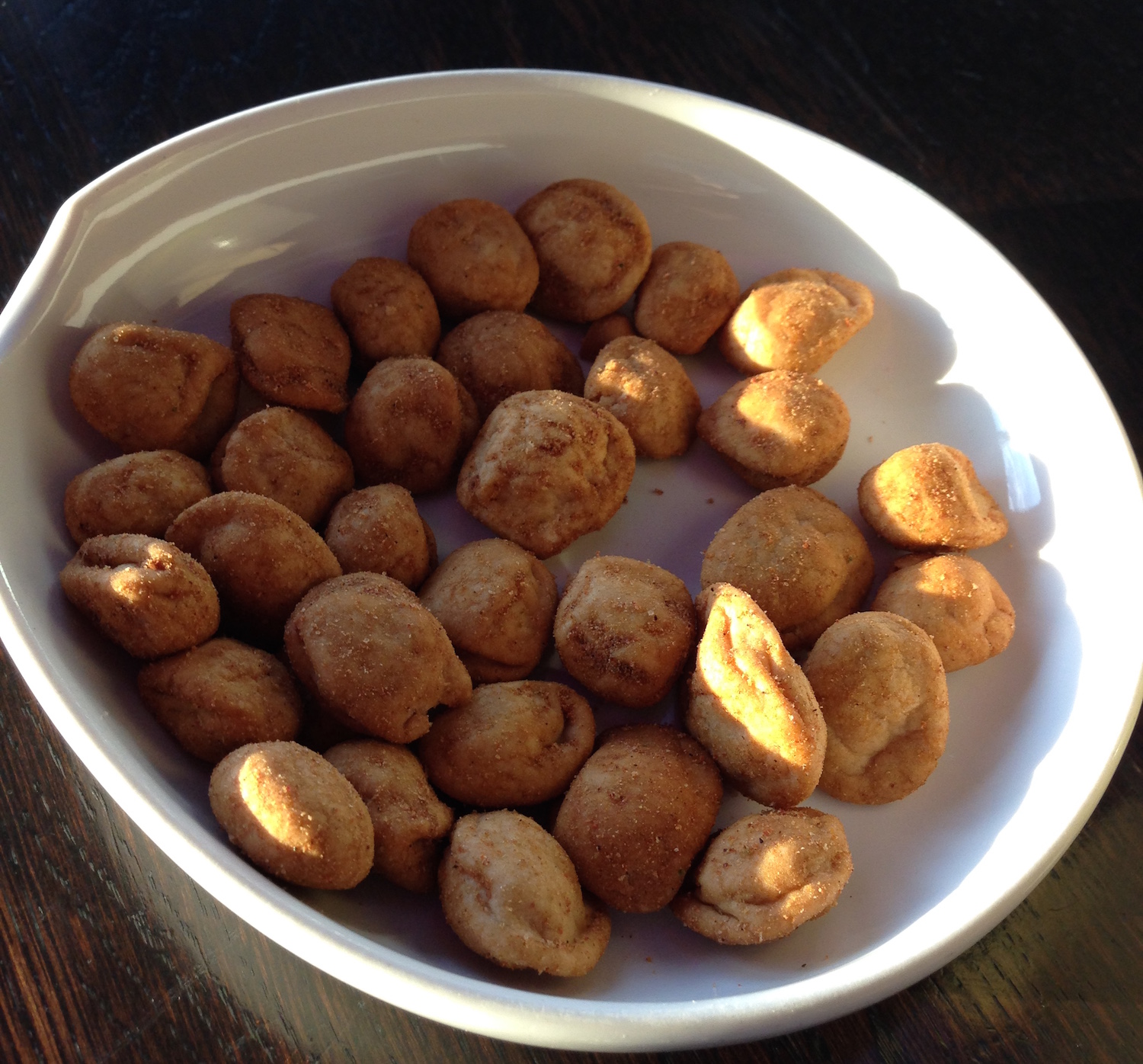 The prices were pretty crazy. I'm not sure if it's because it's in a hotel or because it has views (probably a little of both), it ran to about 185Kč (~$9) a drink. That may not sound like much, but they were easily the priciest cocktails we've had in Prague and the previous holder of that title was around 145Kč (~$7).

For a hotel bar, Cloud 9 is pretty decent. You have good views of Prague and some tasty cocktails. The hassle of finding it plus the prices mean it's not really worthwhile to go unless you're staying at the Hilton.

UPDATE: I went to the bar in the other Hilton and turns out, it was way worse.