Our time in Prague is almost at an end – today, we're taking a flight to Amsterdam. We saved an intriguing bar for our last new experience in the cocktail world of Prague. AnonymouS Bar (their weird capitalisation, not mine) is off a small alley in the old town, and it is themed around the gunpowder plot, V for Vendetta, and the Anonymous movement.

Inside, the bar is styled like the interior of V's hideout in the comic book/film. It allows the use of comfortable chairs, but also brick-showing-through-plaster murals and classic portraits with faces replaced by the Guy Fawkes mask. It kind of reminded us (in the best way possible, as we're theme park nerds) of a Universal Studios or Disney experience.

The menu has a really great concept: a list of standard drinks on one page, paired up with an AnonymouS-bar twist on the classics. It was a goodway to quickly pick out a drink you'd be sure to like. I went for the St Marry's Virus – again, that's their weird spelling, and I'm not sure if it's deliberate or not. It was a twist on the Piccadilly martini. The bartender came over with a biohazard box, which opened to reveal a giant syringe containing the cocktial. 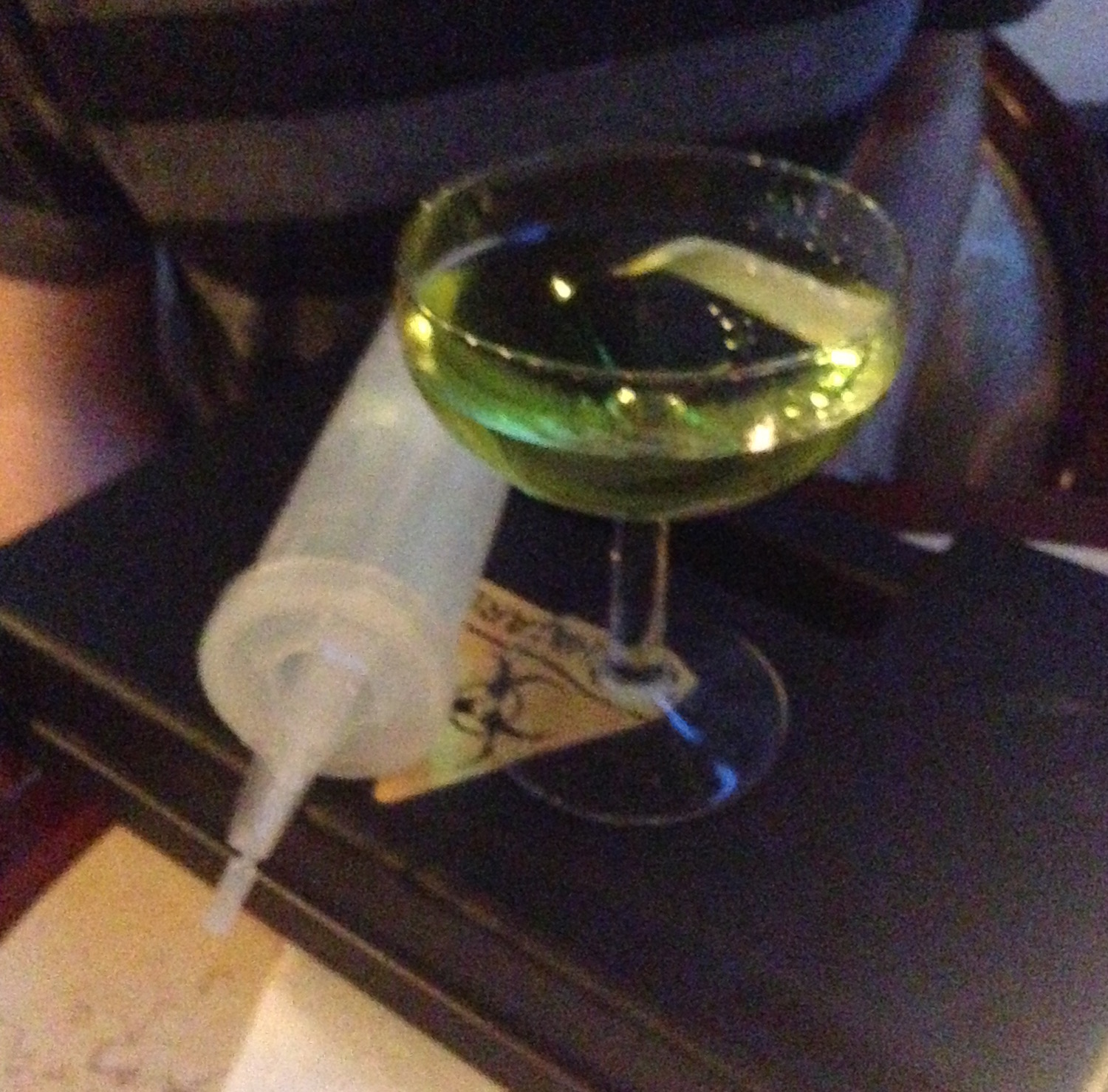 Hampton went for a take on a gimlet, and it was really delicious! I think they added cucumber and some other stuff. 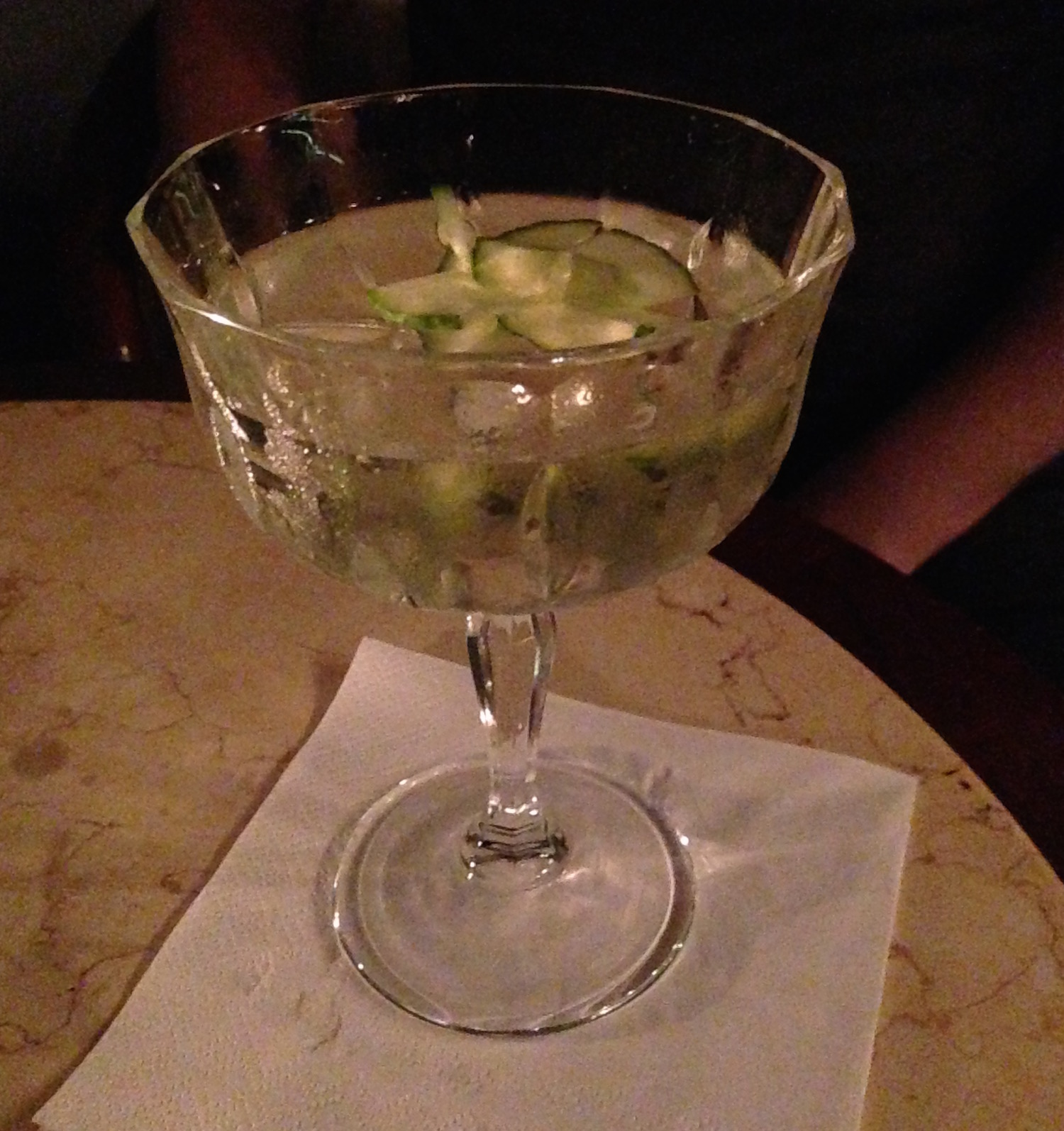 The menu, aside from the drink and liquor list, was pretty entertaining. They had neat explanation of their thought process behind the concept. As I was flicking through, I noticed there was a cocktail set apart from the rest, alone on the very first page. It didn't have a description, aside from the old rhyme: "Remember, remember the fifth of November..." It was too puzzling not to get.

Hampton got it after me, so I have photos of what it entailed. The bartender handed you a Guy Fawkes mask and took your photo. 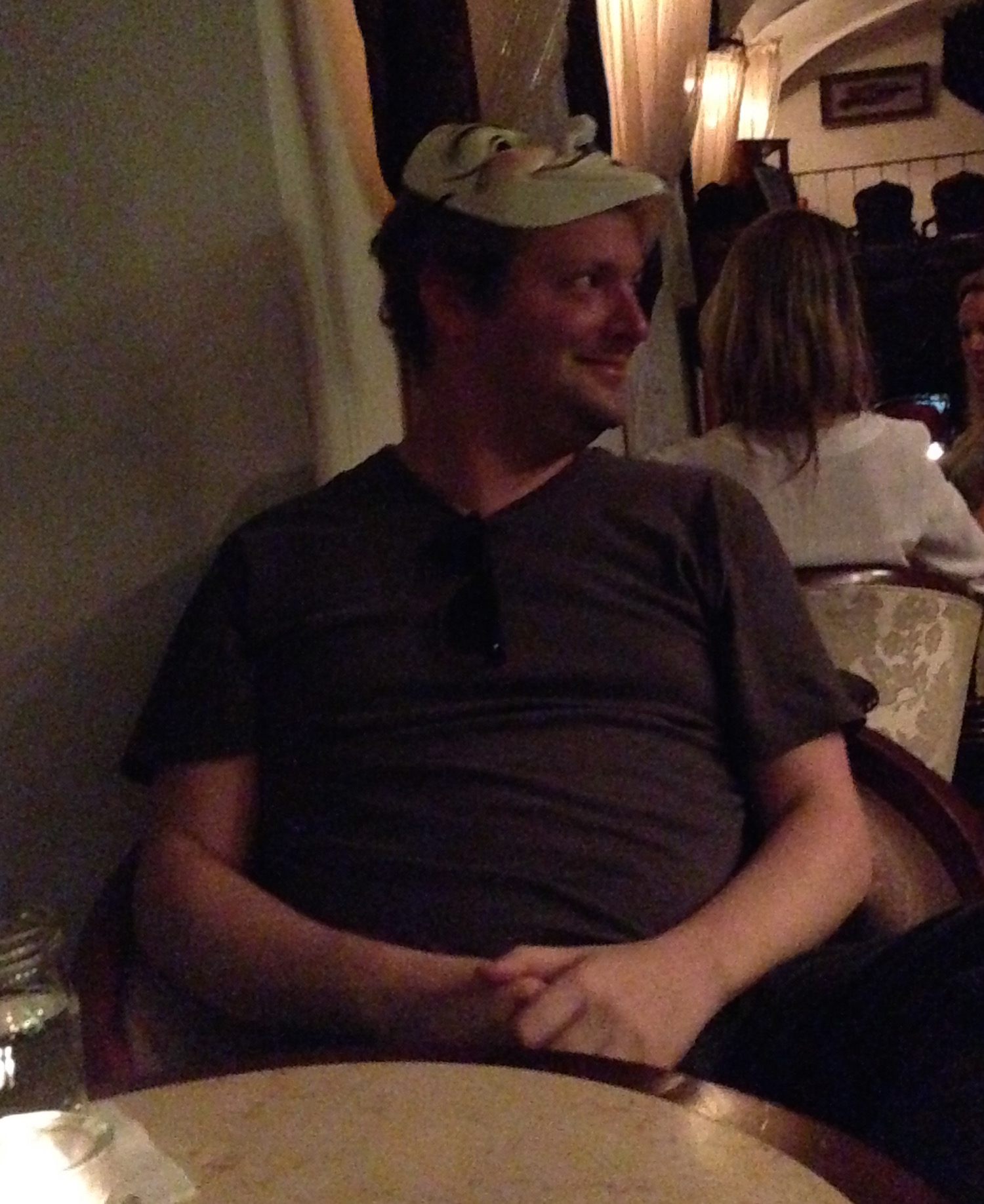 They had to find more film

After that, they make the drink. It involved lining a brandy snifter with liquor and setting it on fire. Once the fire had died down, they poured in a whisky-based old-fashioned-esque cocktail. They placed the photo on top to stop the smoke from the flames coming out. 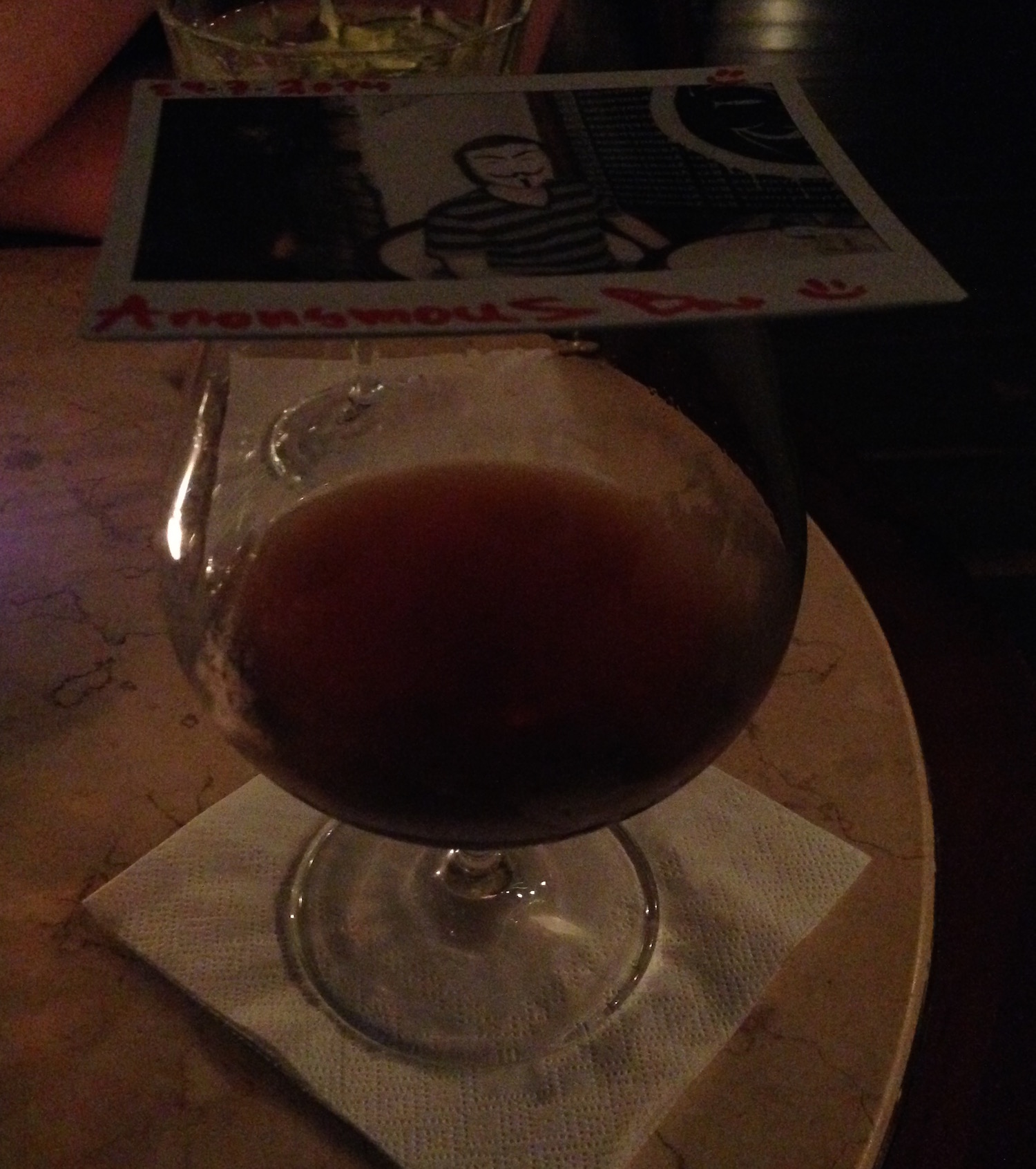 Here are the photos of our night. It's nice to have something to keep after a night out. Especially once you've had a few cocktails. 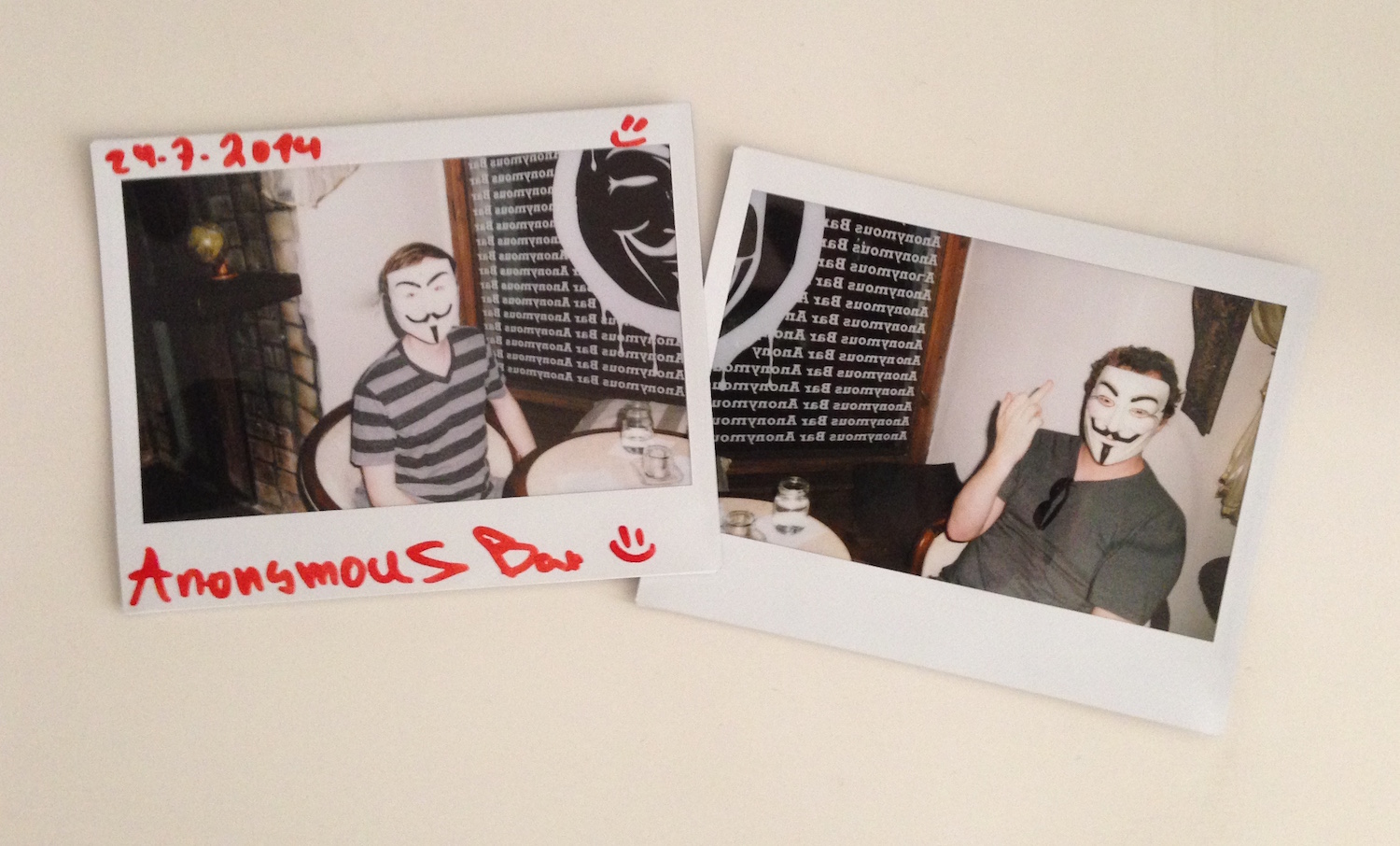 The themeing theatricality of AnonymouS bar is great, but it's really backed up by the delicious cocktails on offer.