I was always a little ashamed that I'd never visited Amsterdam. It's only a short flight from London and people always list it as a highlight of Europe. Hampton's parents were in Amsterdam for a week, so we decided to join them and find out what all the fuss was about. 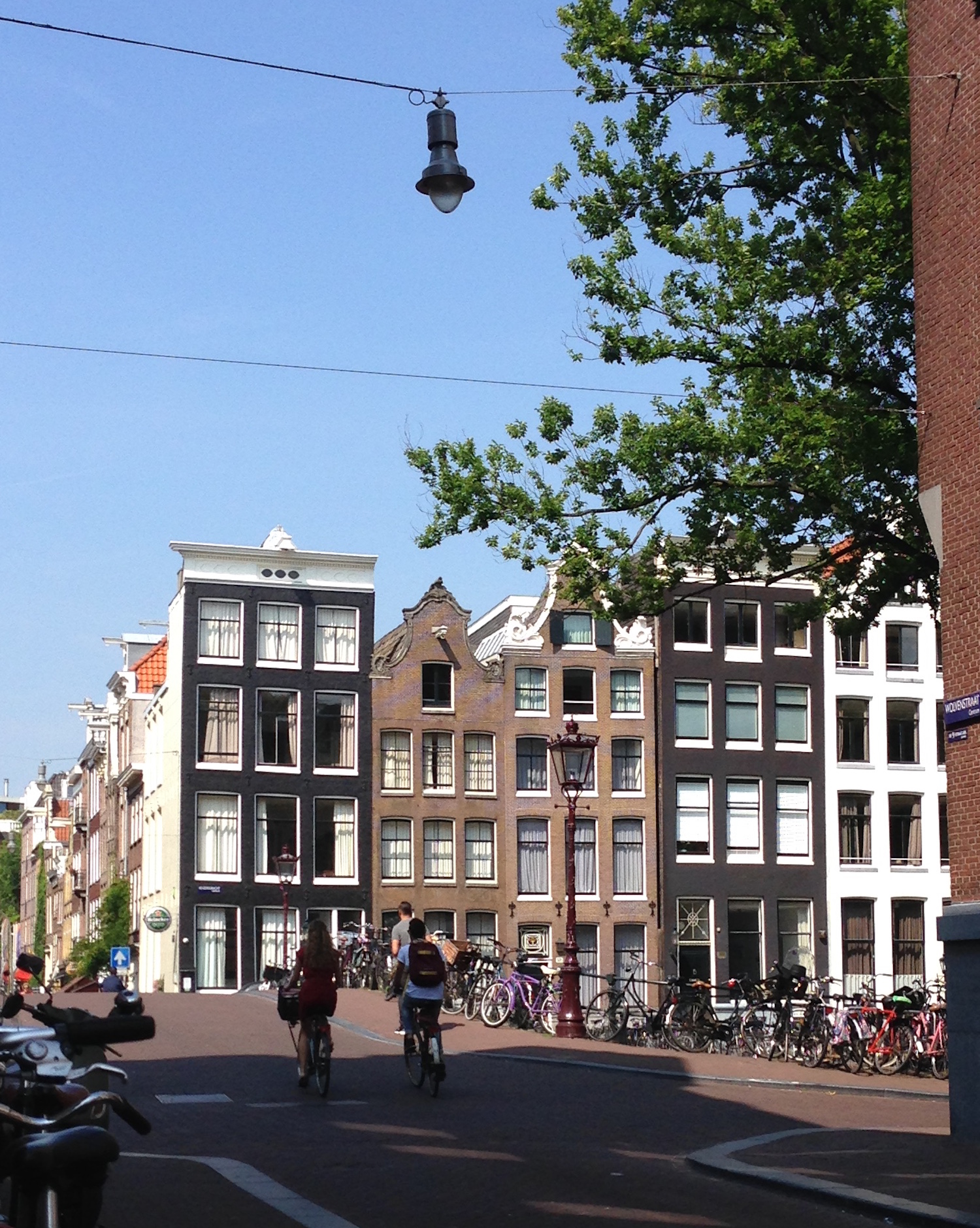 Houses along the canal, a bridge, and cyclists

In a lot of ways, Amsterdam was exactly what I was expecting. Canals criss-crossed with beautiful bridges, cyclists going far too fast.

Hampton and his Dad as we wandered around the canals

We decided to do a walking tour on foot. We stayed near the Leidseplein, and walking all the way to the center took about 40 minutes. We walked to Dam Square, the centre of the city. It was nice, but touristy. You had to pay to go in the church or the palace, and we skipped both of them.

What I would recommend is taking a canal boat around the city. We used the Canal Bus, which is advertised as a hop-on/hop-off tour. However we just used it to see the city from another angle.

It stopped at most of the standard things – Dam Square, the Anne Frank House, Rembrandt's House, etc. – but it was nice to see some other bits of the city. In particular, the Eye Film Institute had a beautiful building. 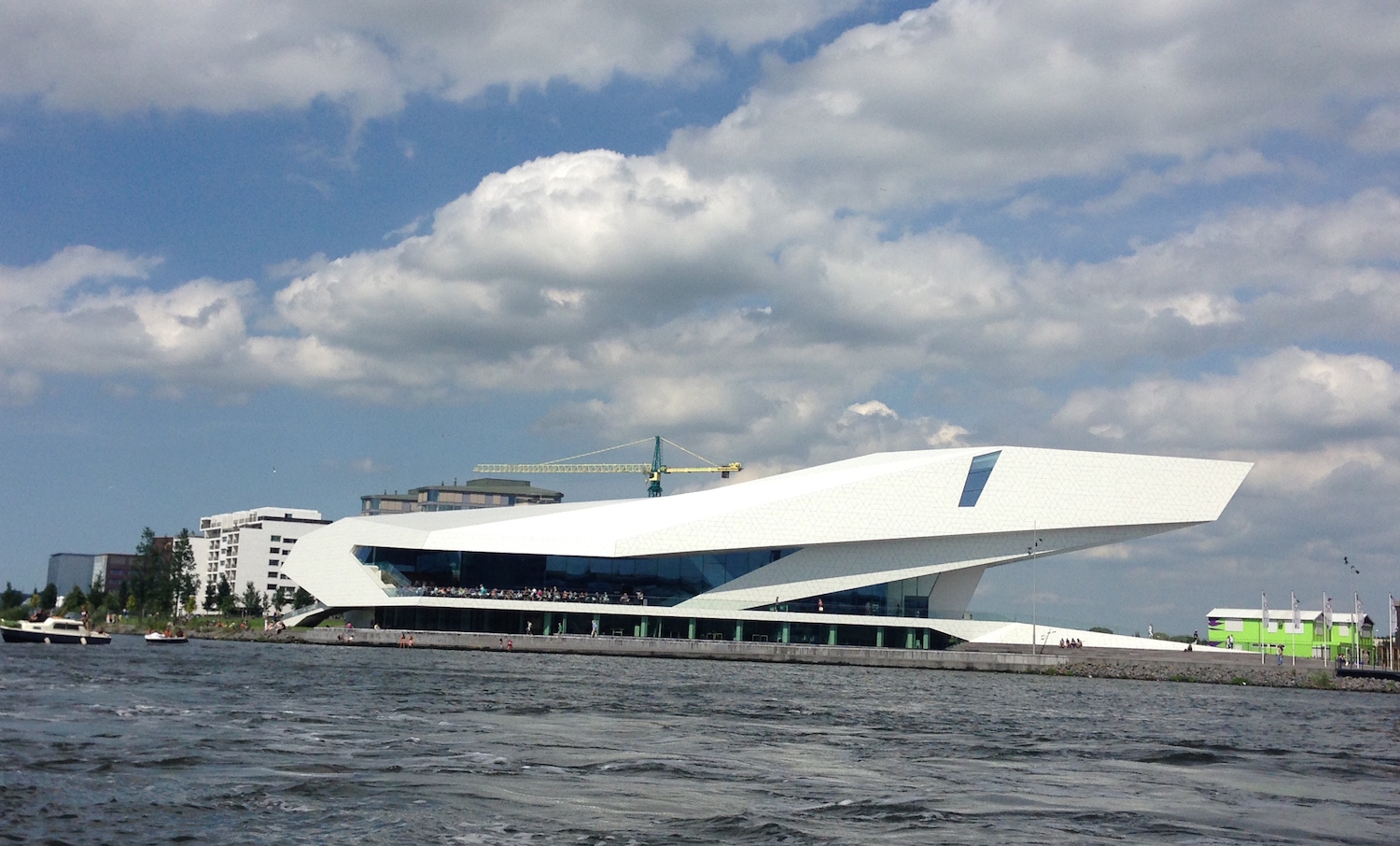 It's across the IJ (the main waterfront of Amsterdam) from most of the city, and it's something we wouldn't have seen by just walking.

Another pro-tip: walk around at dusk. Especially in the summer, it's so relaxed and the houses look inviting. There are often people having parties on boats and people dining along the canals. 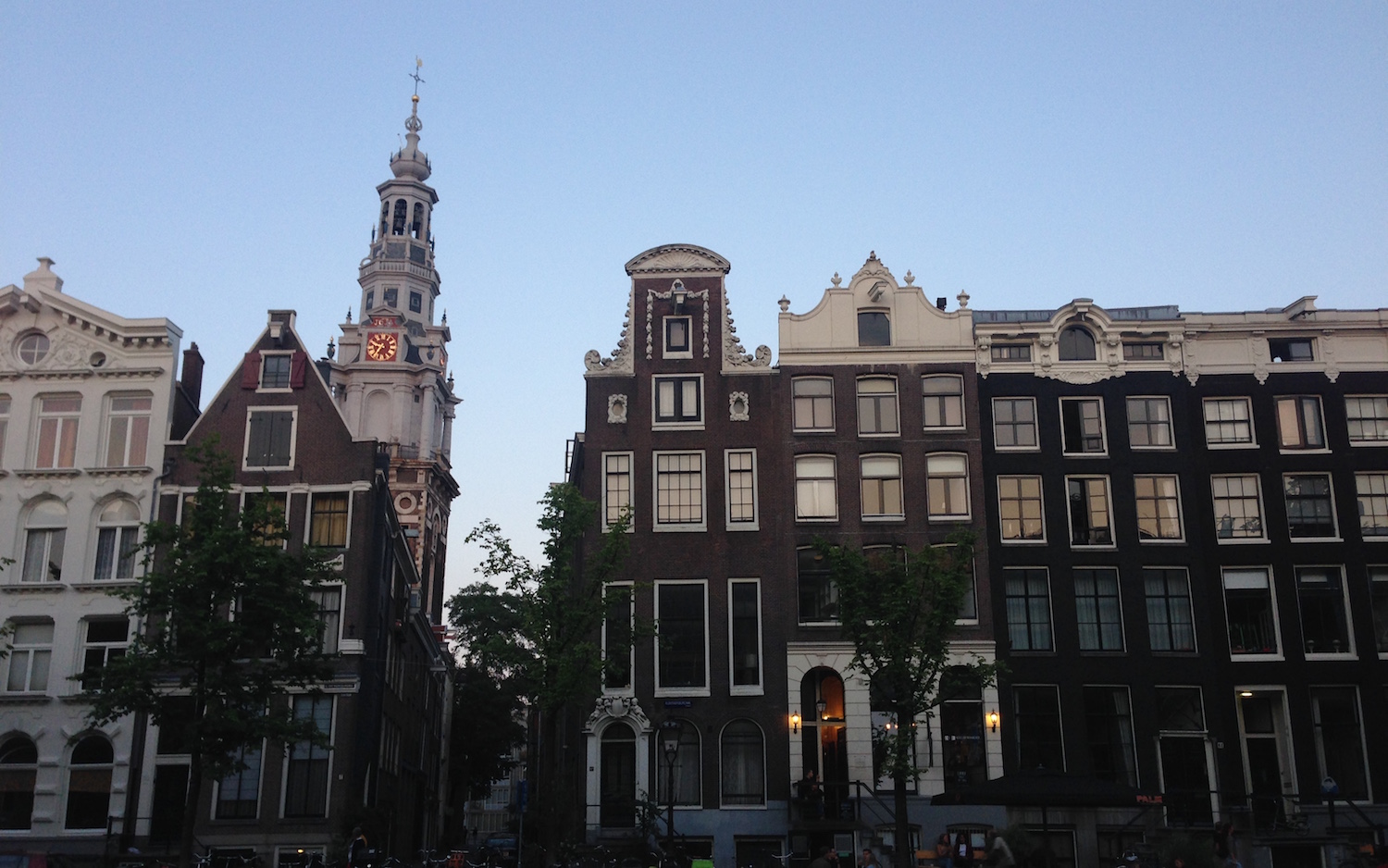 There's definitely a lot more to the city than hookers and weed (although you can find those in certain areas if you must).