Food and Drink in Amsterdam

We visited a couple of great cocktail bars while in Amsterdam. The first was Door 74. You need to phone up to get a reservation, but we did that literally minutes before knocking on the door, and they had a table.

The menu was neat. I got the impression it was seasonal, as it was heavily themed on 60s sci-fi despite the bar not having anything remotely about that. They had a few drinks from every planet. Each drink had a ray-gun indicator next to it showing how strong the drink was. 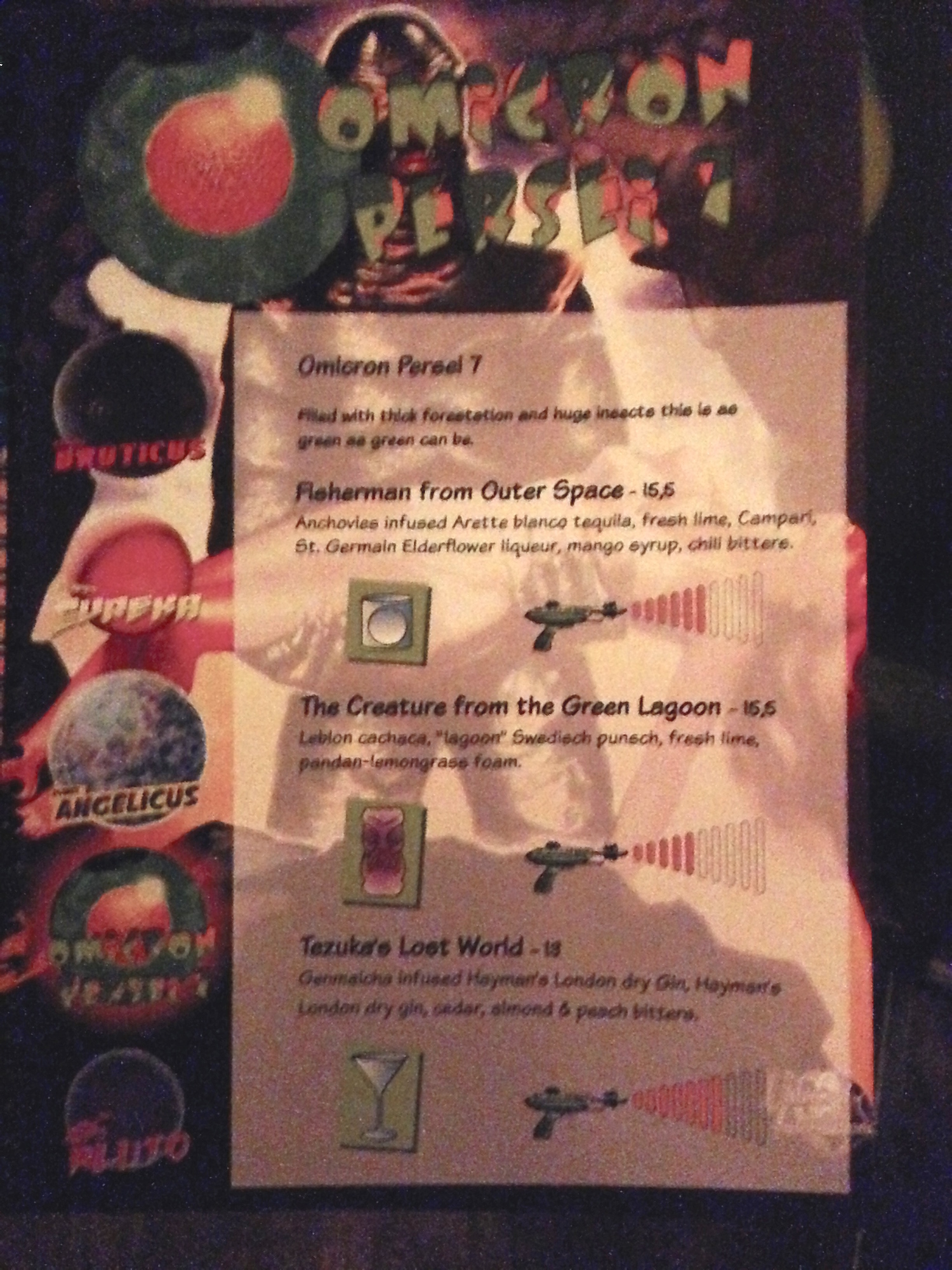 Our friend got the special, some blend of vodka and fruit juice that was served in a tiki container. It was poured at the table, which was neat. 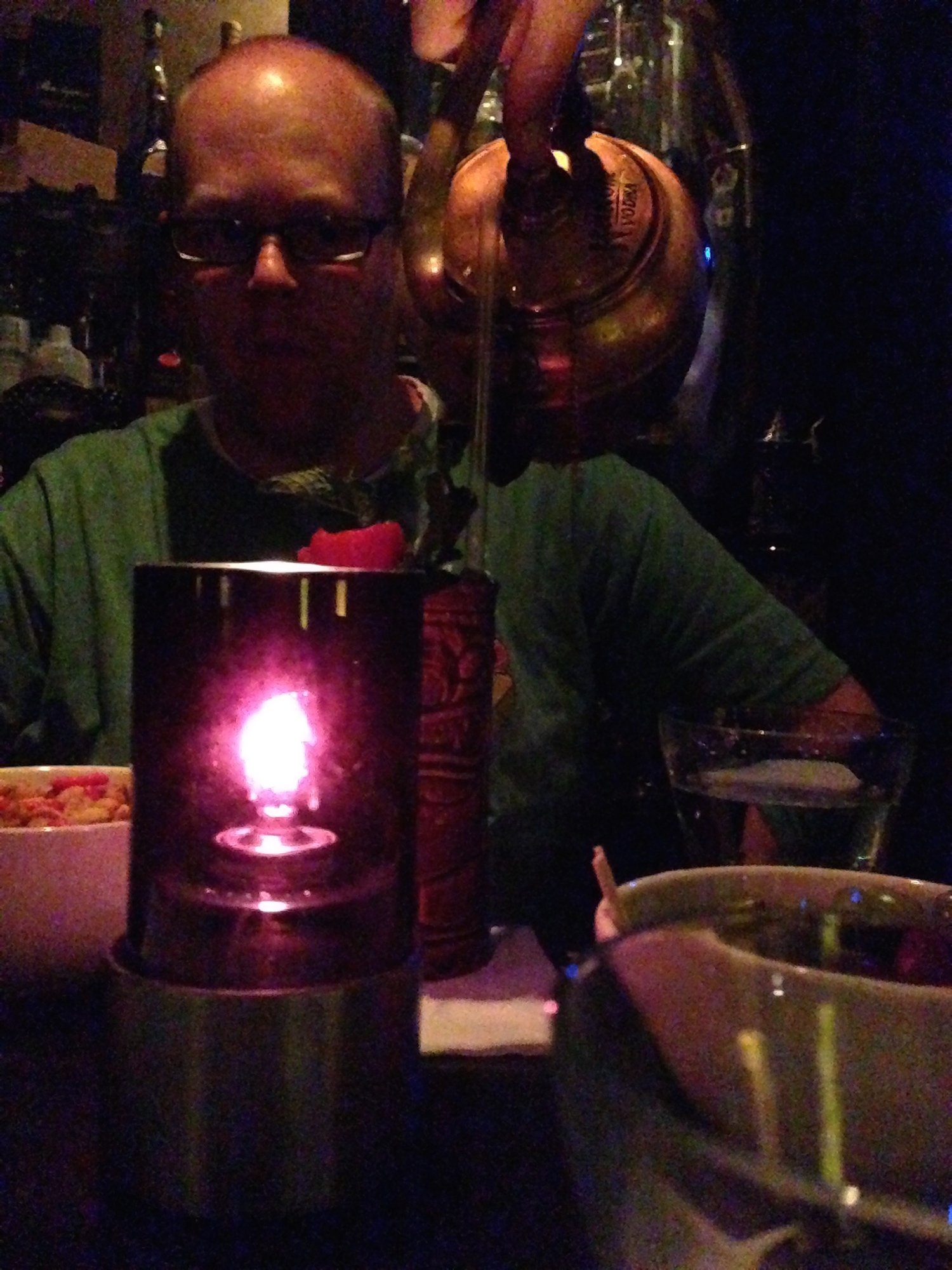 The special – poured out of a dry-ice kettle 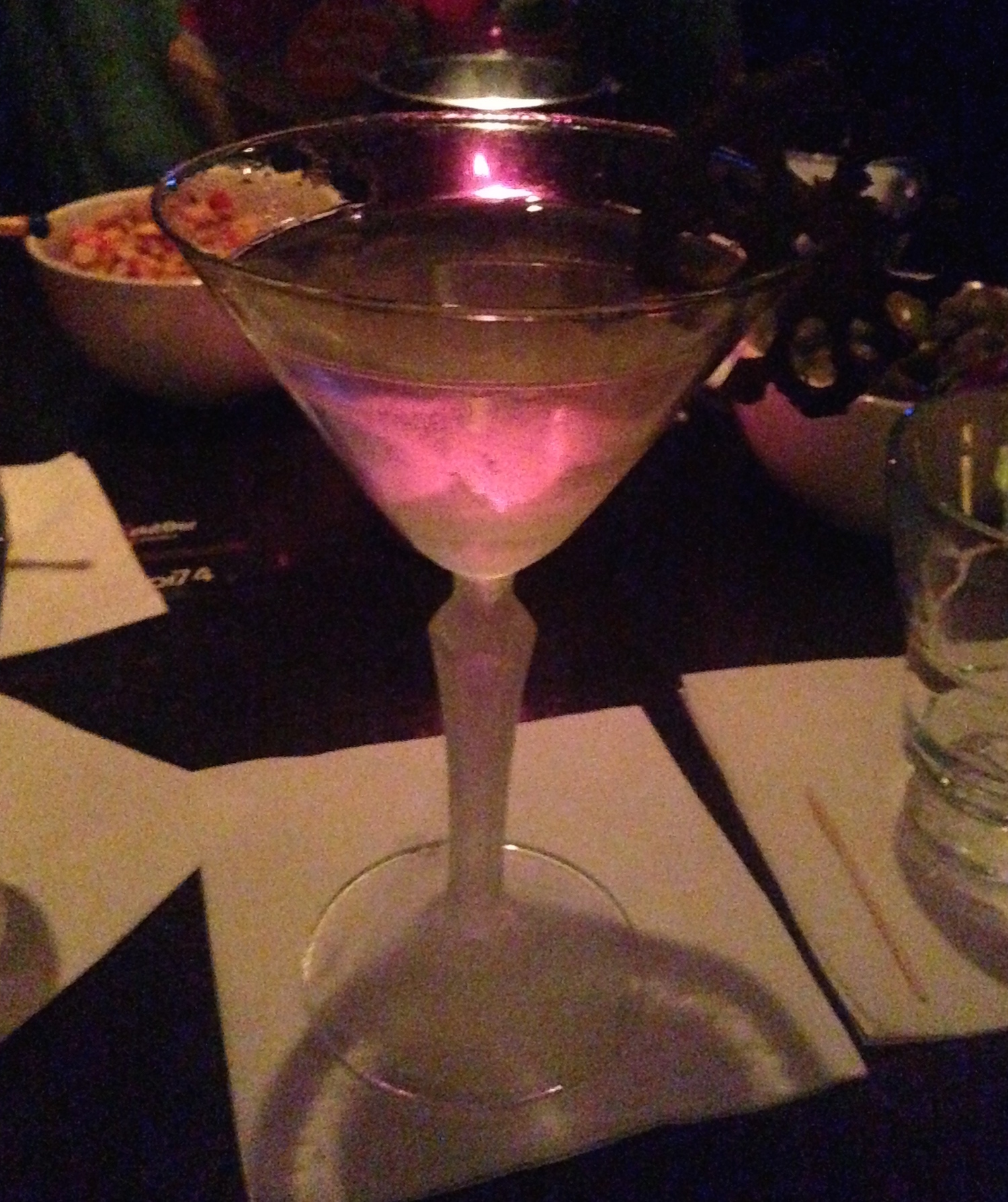 The other place we enjoyed was NJoy. It's slightly odd – there's lots of neon lighting and trying-hard-to-be-hip furniture, like a scene out of Sex and the City.

The menu was arranged into pretentious categories – each a supposed personality type. Are you an Alchemist or a Trendsetter? A Dreamer or a Connoisseur? The drinks were all novel and had some really interesting combinations of flavours. The bartenders were really friendly and the drinks were well-made and delicious – and that's why we kept coming back. 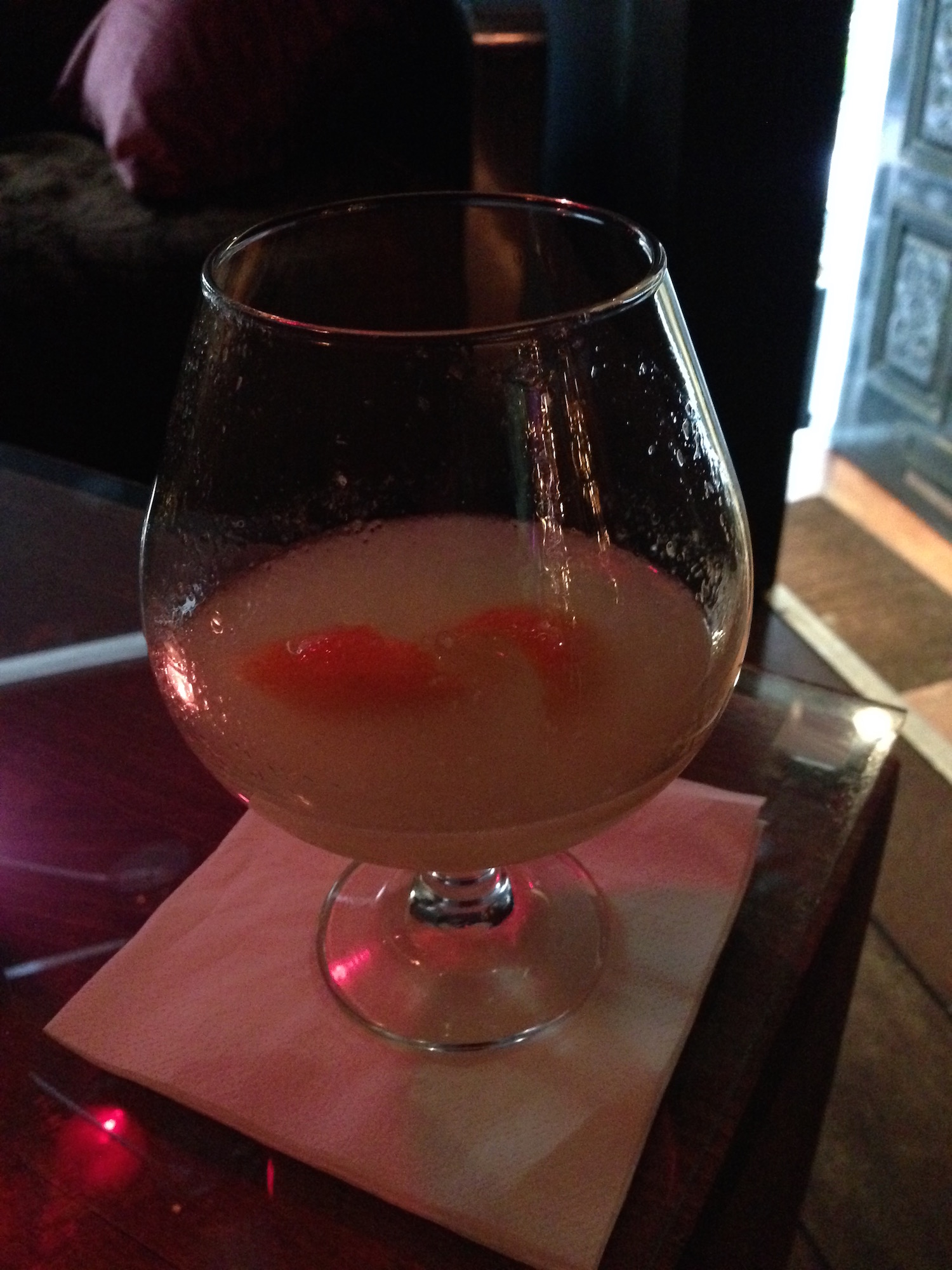 Something with Chartreuse that I ordered 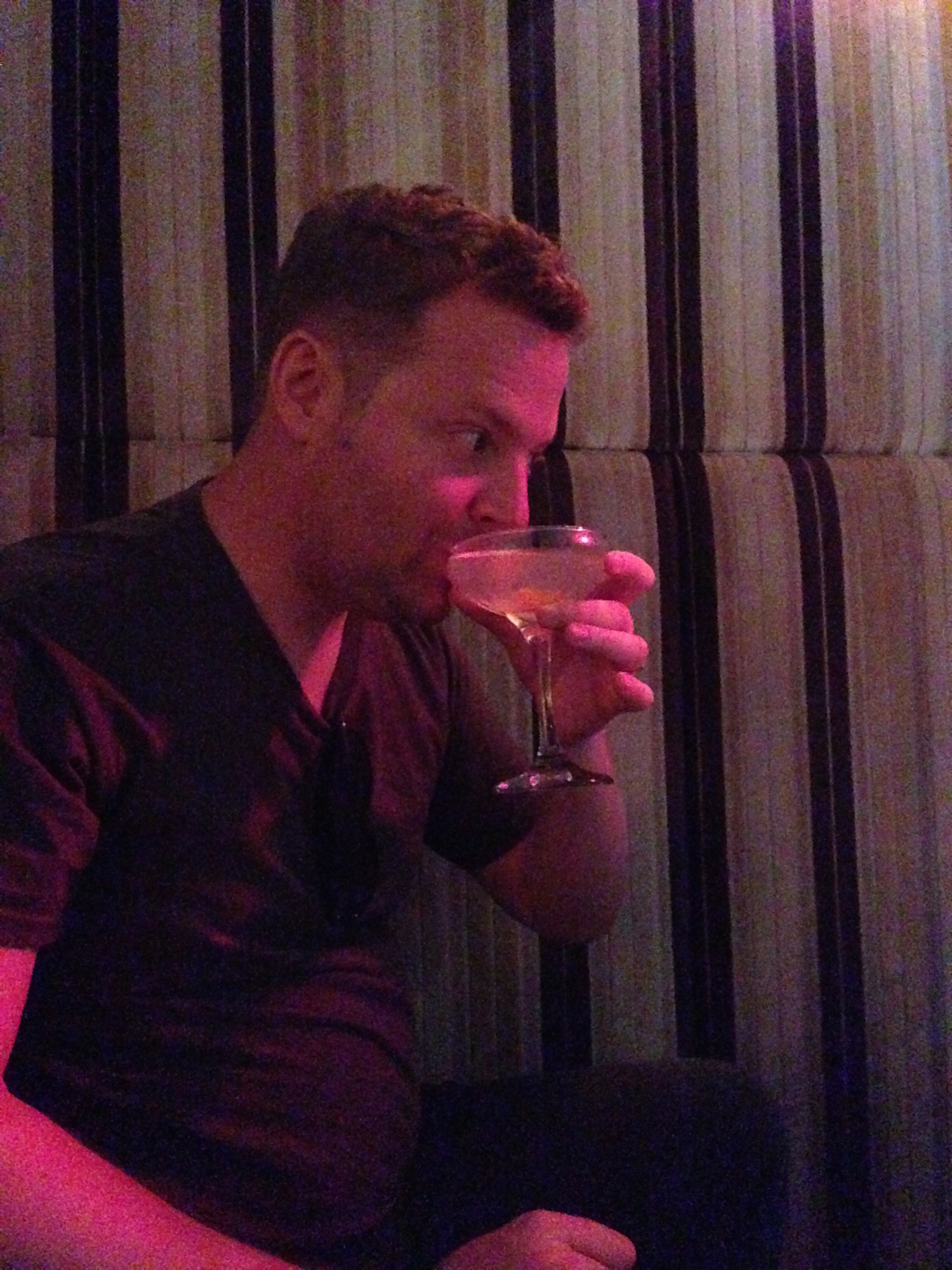 A word of warning: NJoy is located on "restaurant row" (Leidsedwarsstraat). It's full of possibly the most pushy restaurants I've ever walked past. In super-touristy areas, I'm used to people asking, "You looking for a place to eat? We have delicious steak!" and me ignoring them. This was a whole other level. People hold menus in your face, they block your way, they won't let you past unless you've responded to them. Our tactic to avoid this as best as we could was to appear to be in a heated debate as we rapidly walked the gauntlet.

Anyway, onto food. When travelling, I enjoy eating the local food. Roy, our Dutch friend who met us on our first night in Amsterdam, explained that there's not much that's considered Dutch cuisine. It's mostly French food or German. Anyway, we tried our best and visited The Pantry. They called themselves Dutch cuisine, so hey, let's give it a go.

I got a trio of what were essentially mashed potatoes with other stuff in them. In the picture below, starting from the top and going clockwise, there's:

(with a meatball in the middle)

The sauerkraut one was the best. Nom nom.

The other thing that seemed to be everywhere was pancakes. We went to a pancake place and saw they had poffertjes – a kind of cross between beignets and American-style pancakes. They were served with butter and icing sugar. Very healthy. 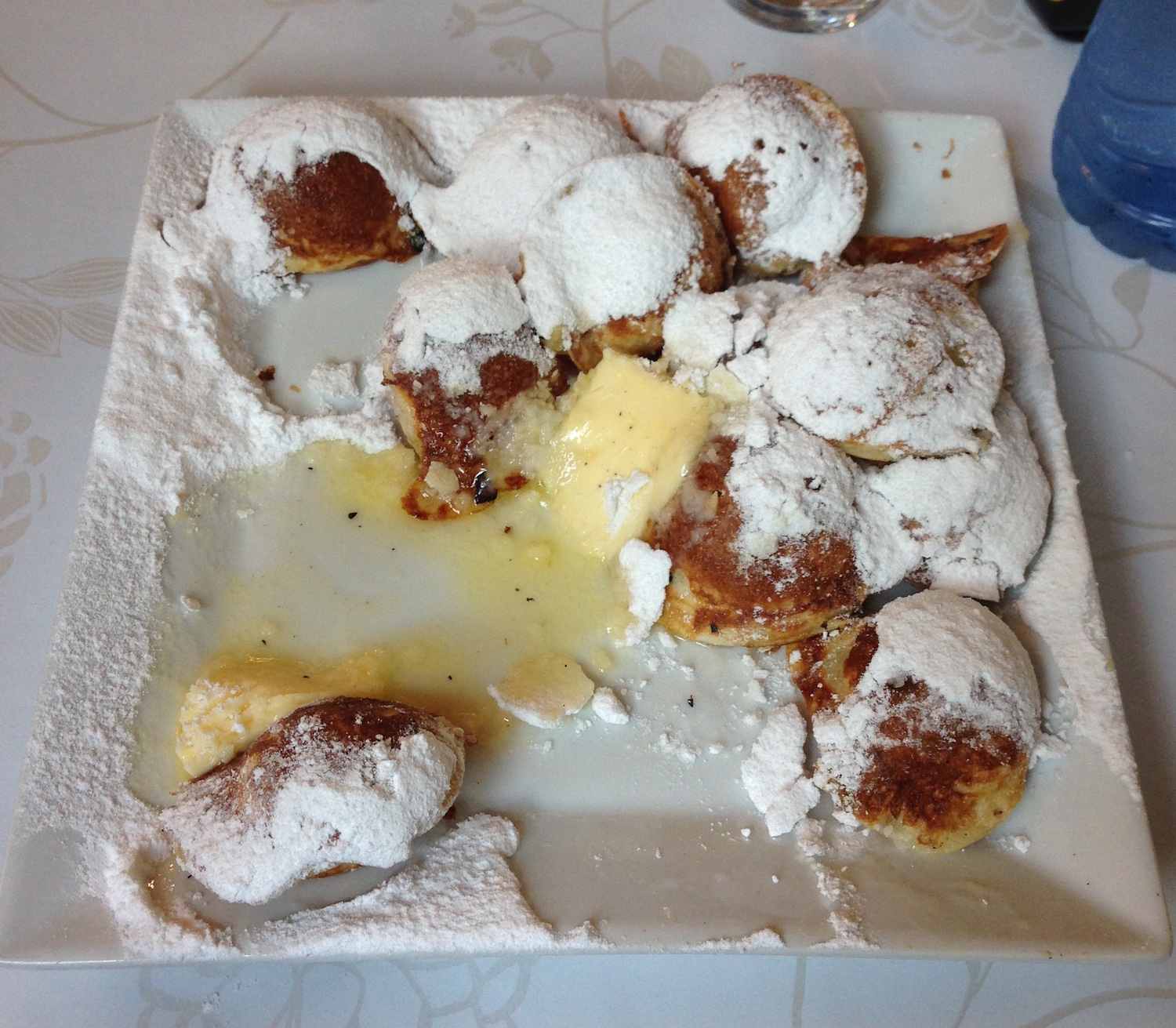 We went for a memorable meal at a steak and ribs place – Castell. We made a reservation, showed up on time, and the waiter showed us to our table. We were a little confused. Rather than a regular dining table, it was coffee table-height, and our seats were leather benches surrounding one end (another group was at the other end). 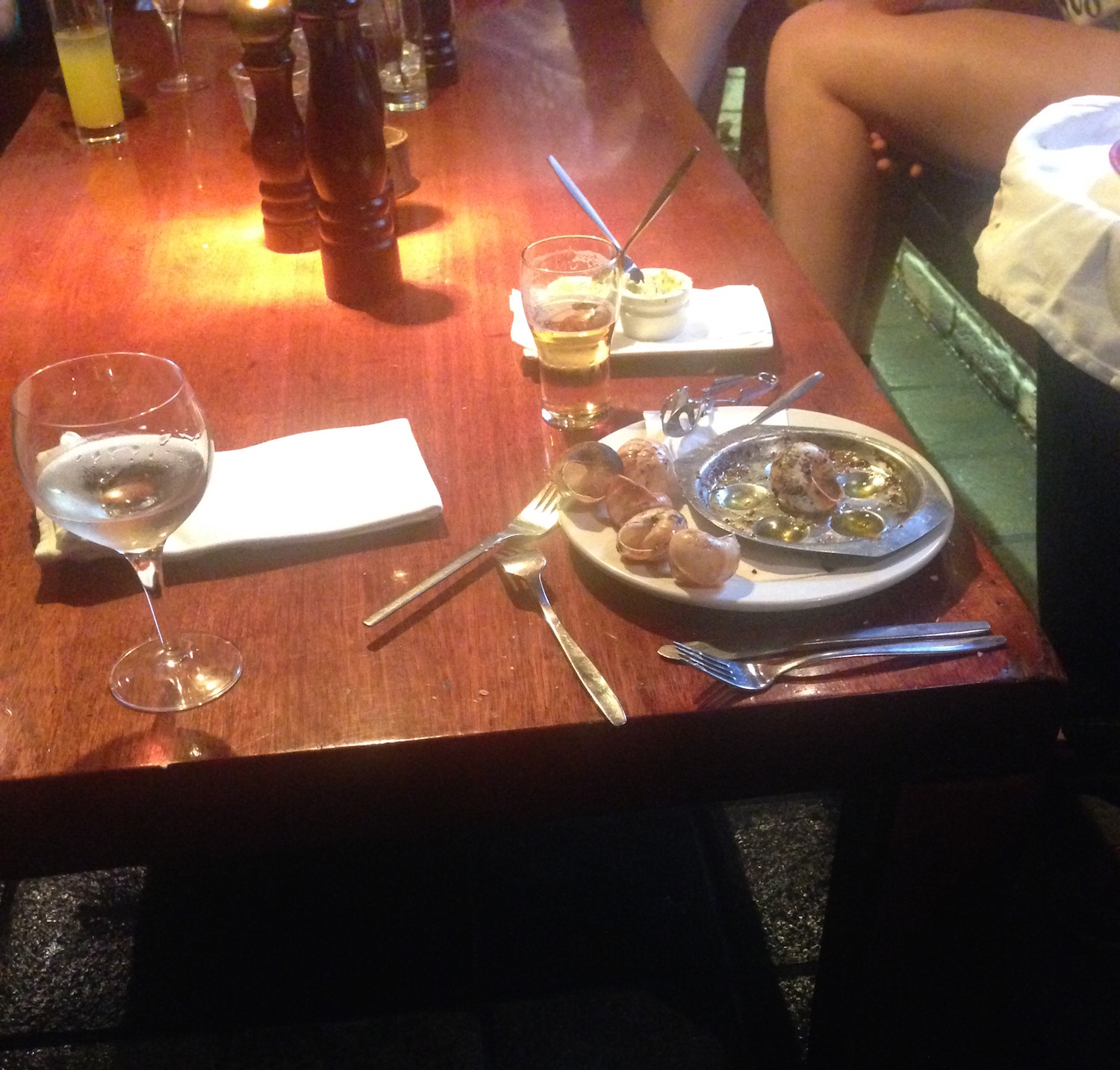 Our table (we ordered some escargot)

We weren't quite sure whether this was a pre-dinner drink table or what. But soon we received some wicker trays, one per person, on which to eat our steaks. 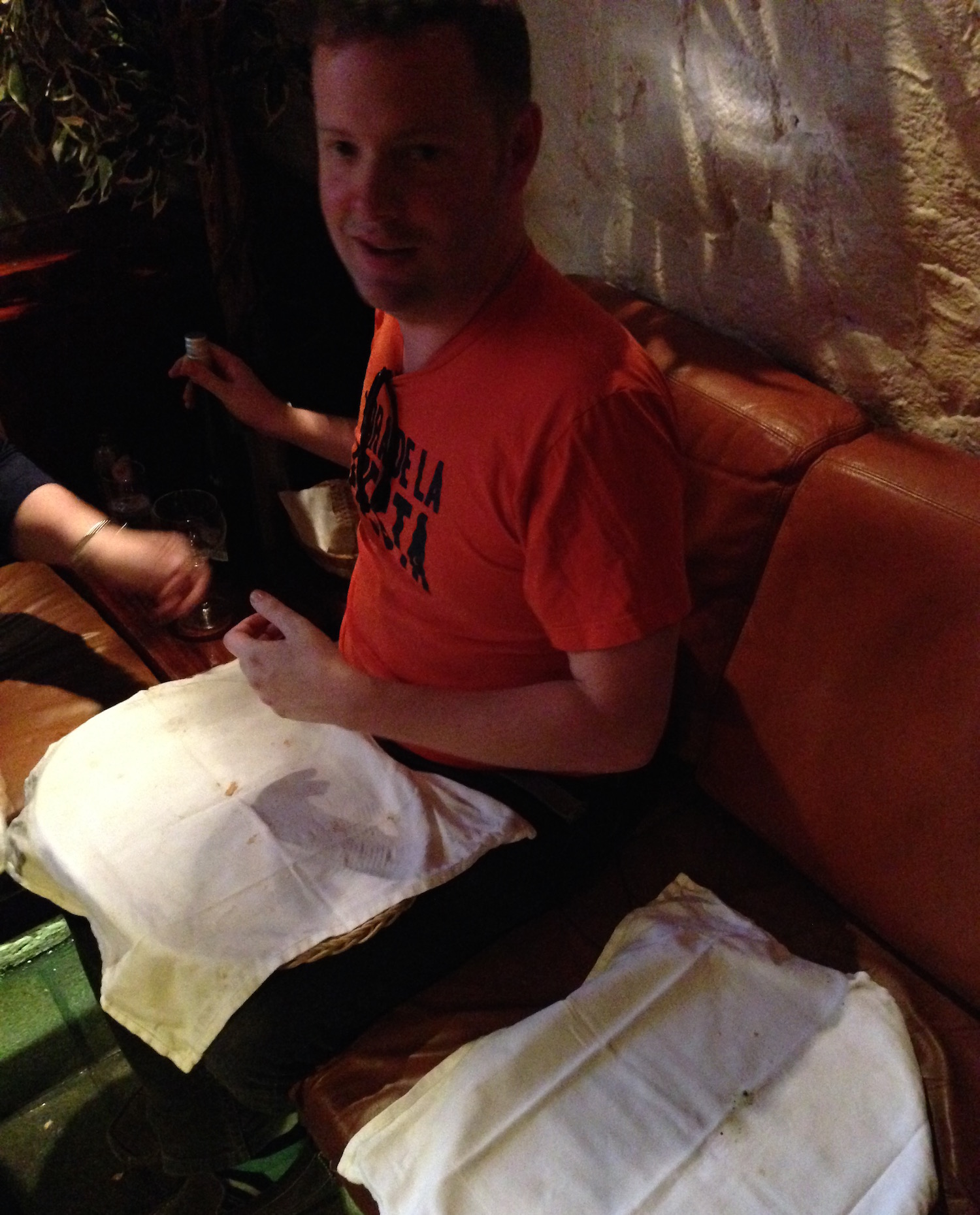 Hampton with his tray

I got the ribs, and Hampton got a steak. They came on wooden blocks with little copper pans of sauce, and were delivered onto our trays. Eating was challenging, to say the least. There was no real space to put your tray if you needed to get up. I couldn't really reach my drink without my shirt getting ribs all over it. It was not easy.

But (and it's a big one) – those ribs were amazing. No, seriously – possibly the best ribs I've ever had (and I've spent time in the South). The meat was tender, falling off the bone, and had a crisp char. The rub they used had just the right balance of vinegar, spice, and sugar. I'd step over my own mother for those ribs.

Something we noticed in Amsterdam – the service is slow. Exceptionally slow. Even taking into account European-style service (which we're both fine with!), Amsterdam added an extra level to that. Not sure why, but there you go.

Anyway, now we're in Berlin for a couple of weeks. We're staying in the Kreuzberg district, so stay tuned for posts about that.