Momofuku and Other Toronto Eats

There are four Momofuku properties in Toronto – all housed in the same building. In order of increasing fanciness, they are Noodle Bar, Nikai (a cocktail bar), Daishō and Shōtō. The building is pretty cool – it almost looks like an Apple store with its glass exterior and giant Momofuku sign. 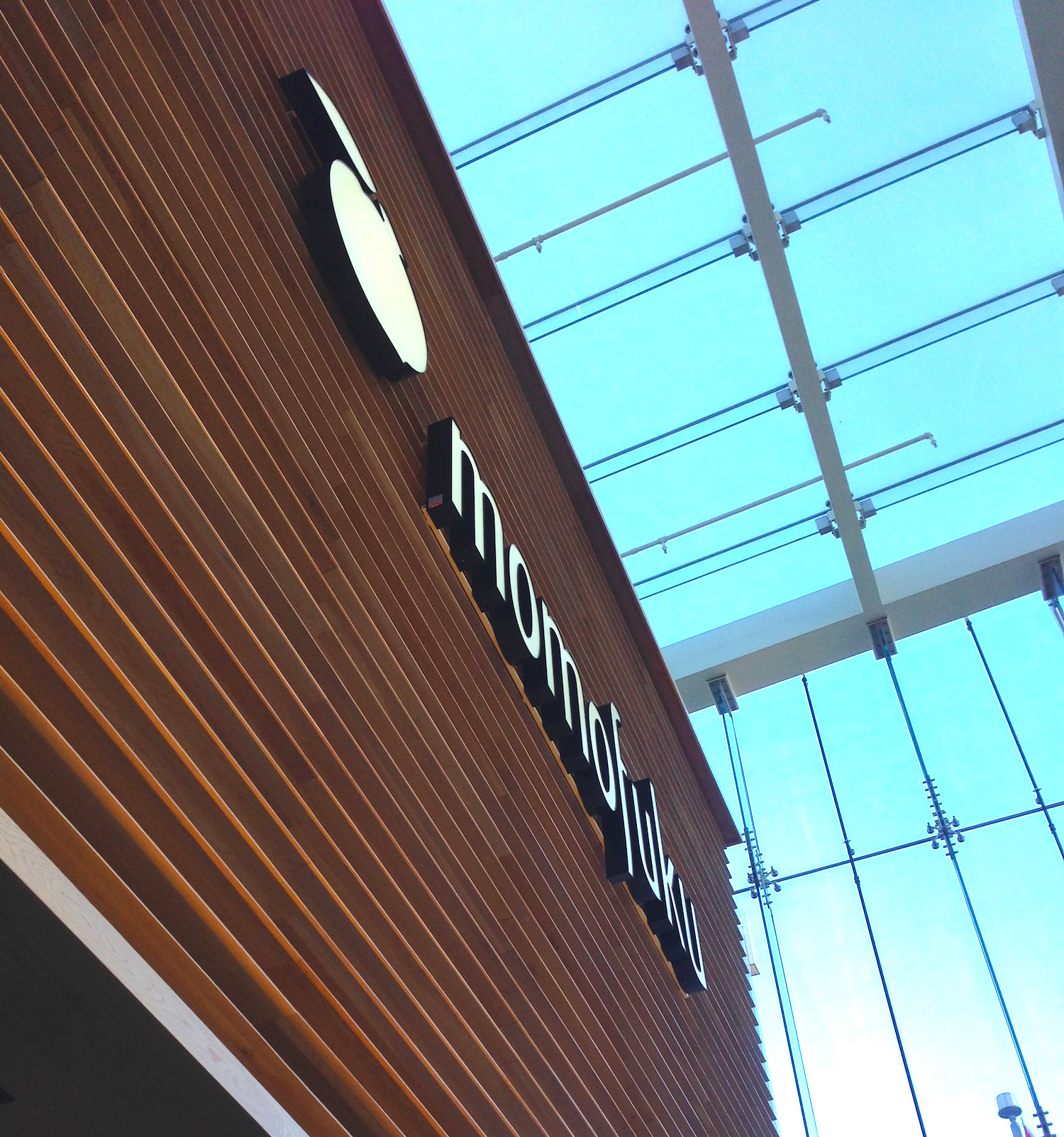 The Toronto International Film Festival is going on, and right next to the Momofuku building is the Shangri-la hotel. On its third-floor deck, there was a pre-premiere party for a new Reese Witherspoon film. From our table we could see right into the pre-party and had a lot of fun figuring out what it was for. We saw Chris Evans there! But we didn't see Reese Witherspoon.

Anyway, onto the food. We were eating at Daishō, which has a bunch of smaller dishes plus some larger, 4-10 person plates if you want to do that. They also have a small, but interesting, cocktail list. I got a bijou and it was nicely done (although you couldn't really taste the Chartreuse). 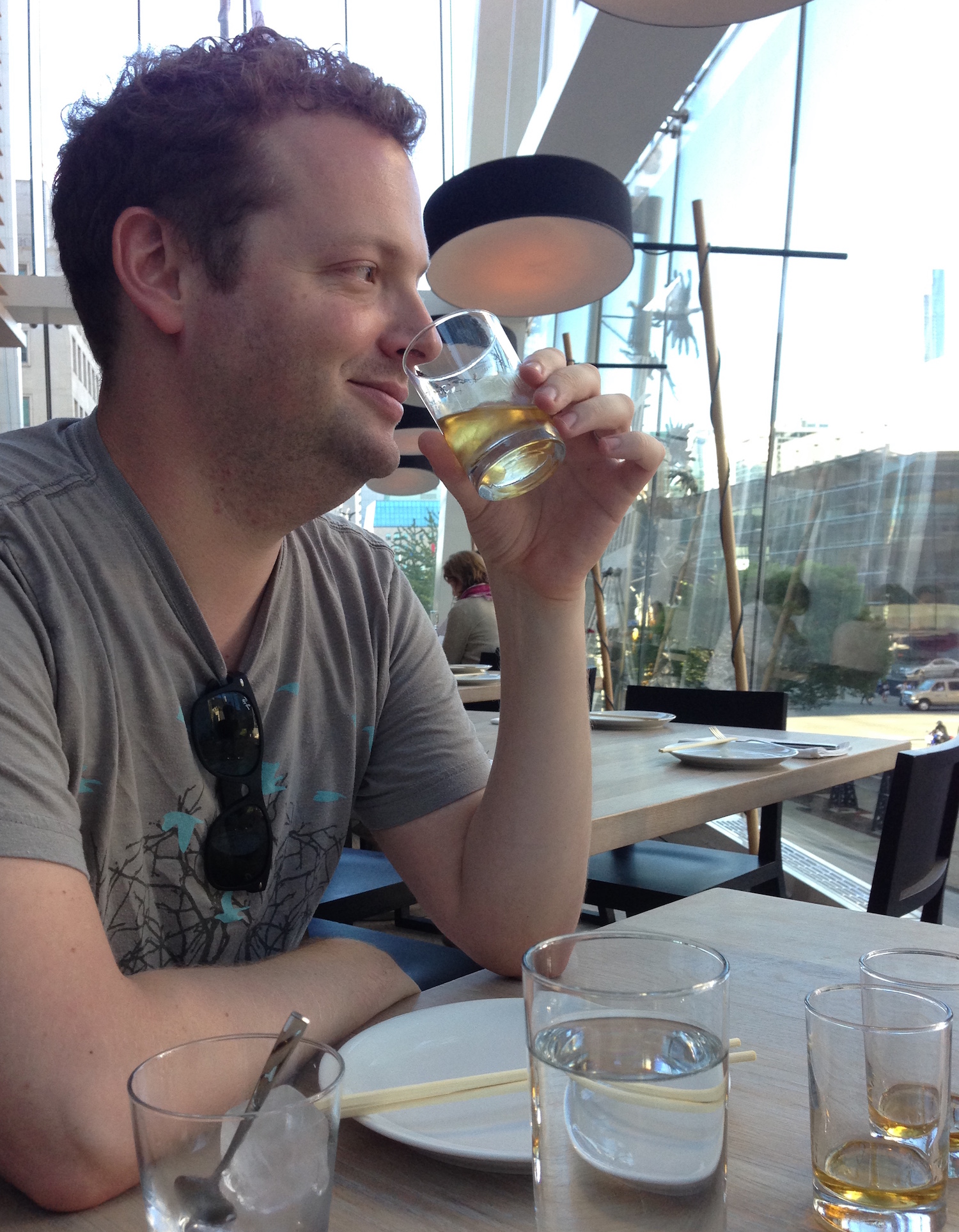 Hampton got a whiskey flight

Momofuku is known for its buns, so we got some duck and shrimp versions. It was strange seeing the duck come in patty form – but it tasted absolutely amazing, so I didn't care. 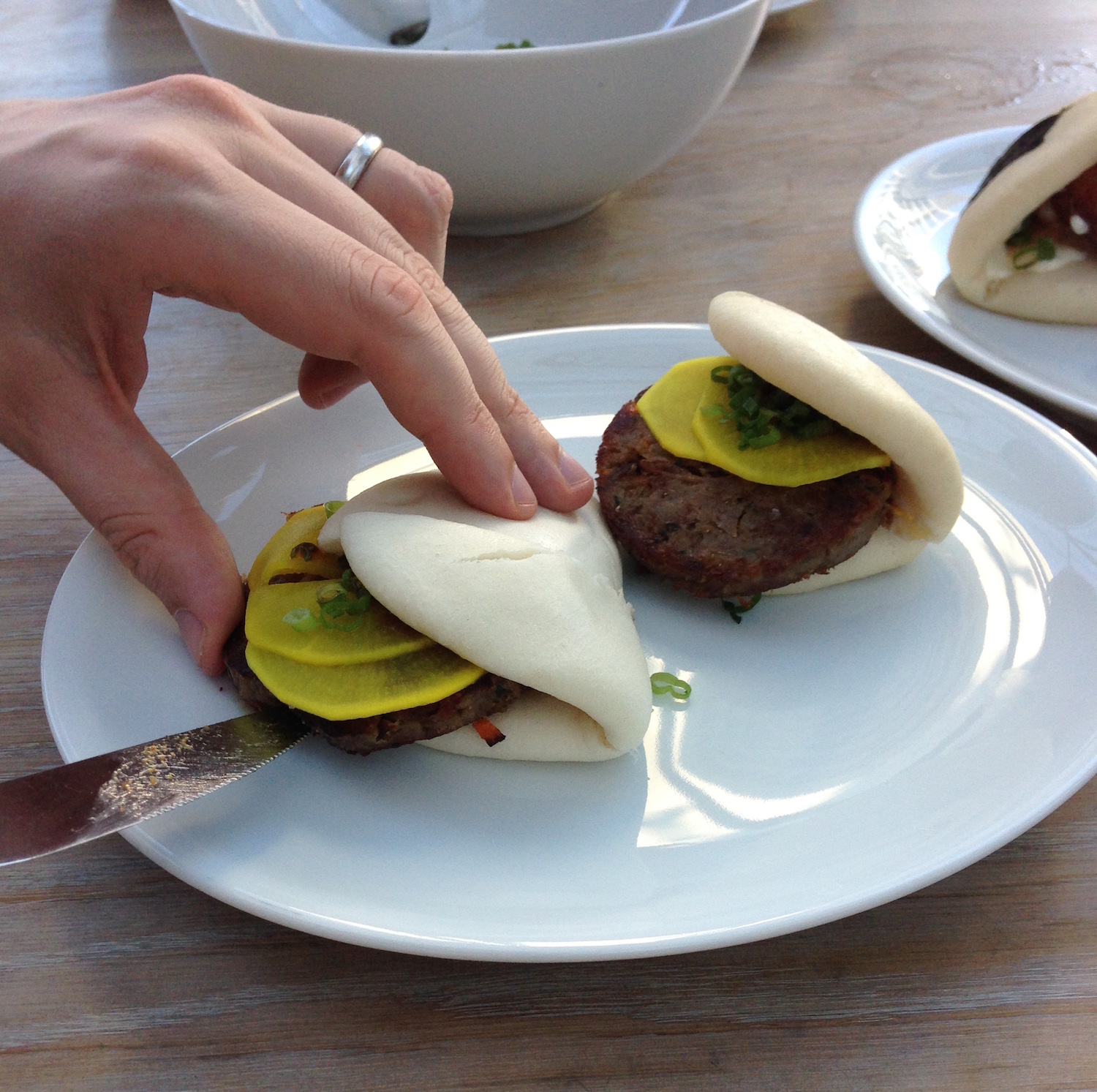 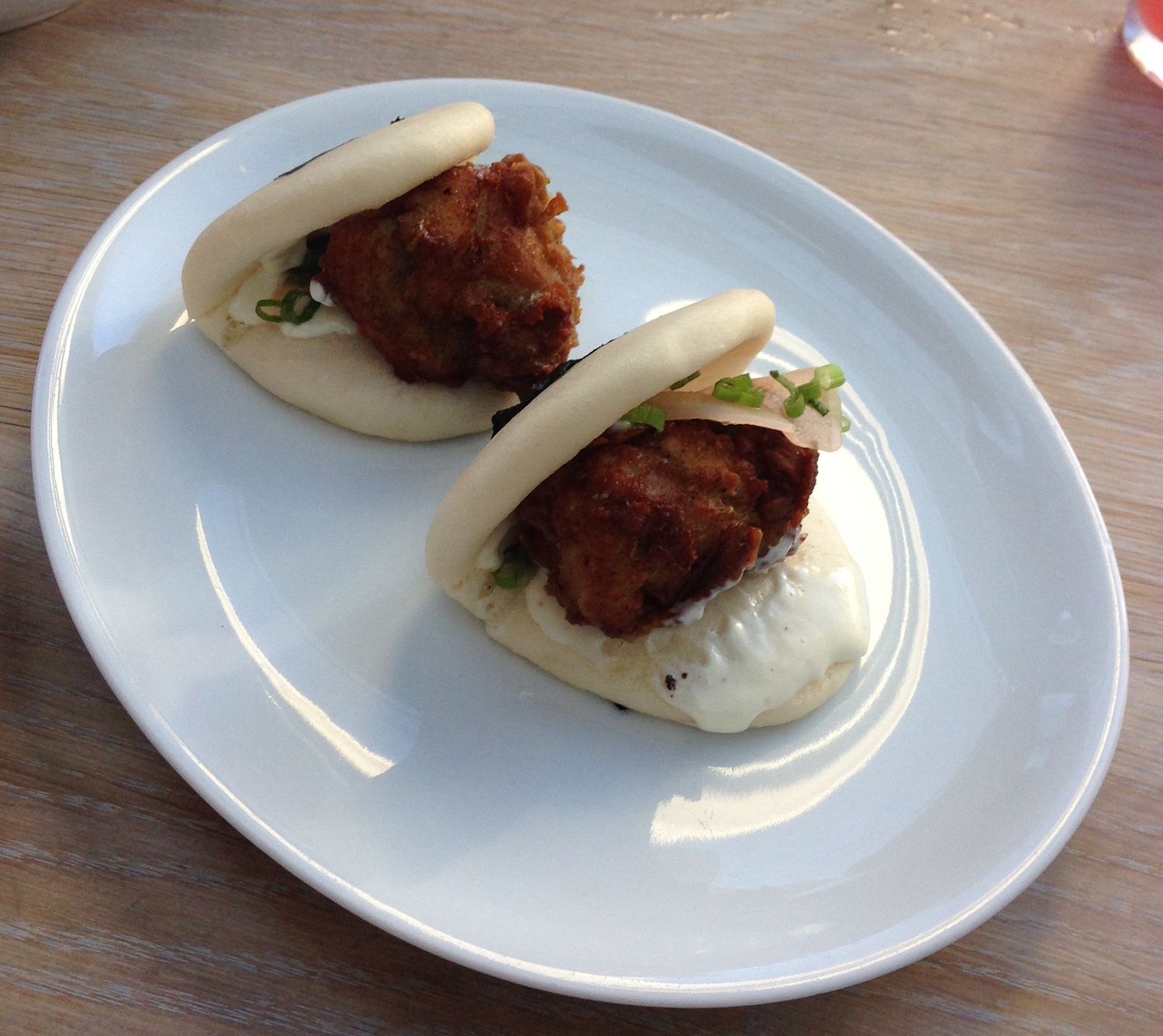 The steak tartare was made with such tender beef. They added enough yolk to keep it glossy, without it being too sloppy. Plus it has sunflower seeds in it which added some nice texture. One of the best tartares I've had.

The other popular thing on the menu is the ssäm (pronounced with a long "a", like psalm). Ssäm is a Korean dish whereby you wrap meat inside a large lettuce leaf. It's a make-your-own lettuce wrap kinda thing. We decided to go for the secreto ssäm, mainly because we didn't know what secreto was (turns out it's a cut of pork). It was really delicious! 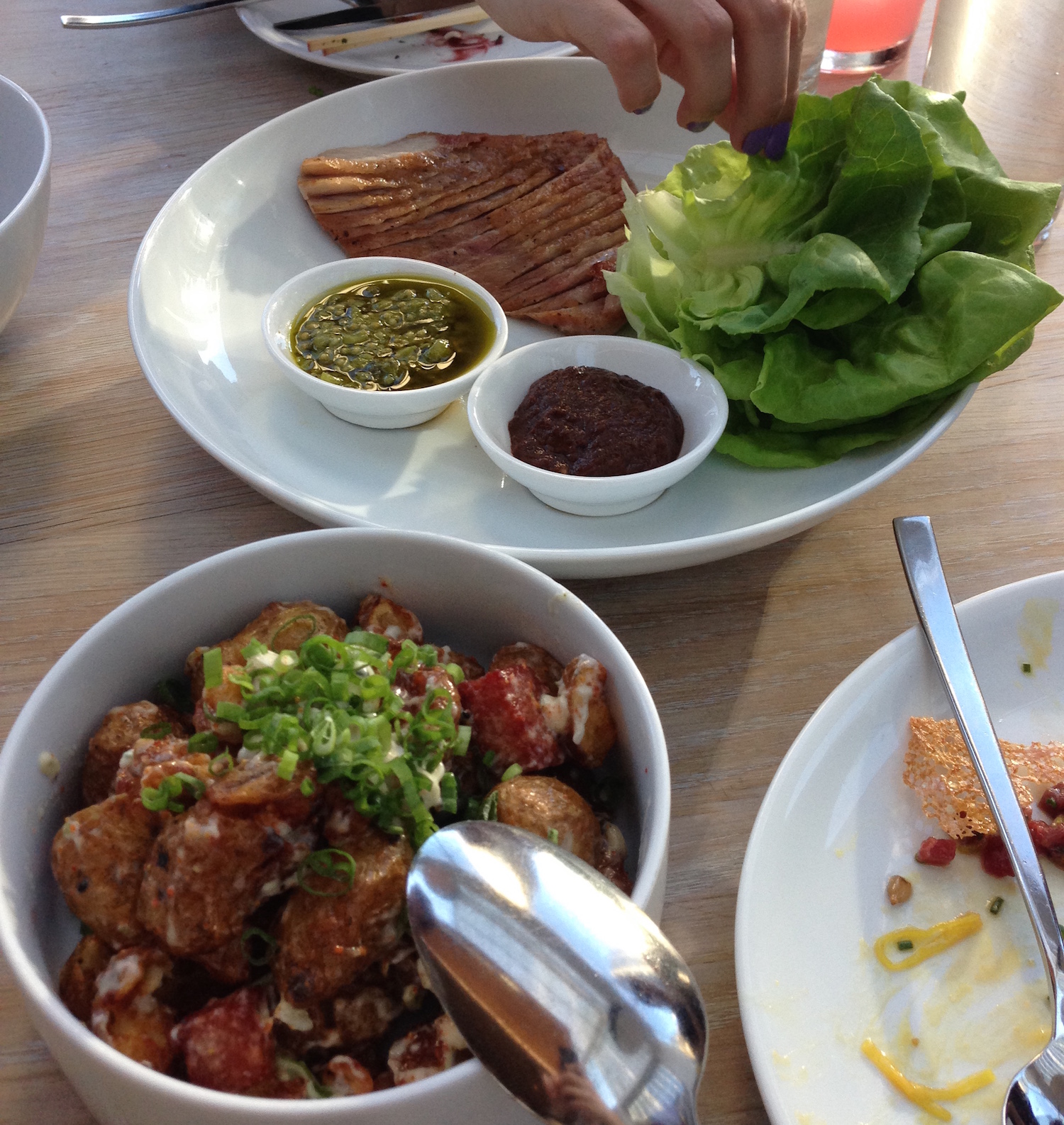 We also ordered some crab cakes, which came out looking a lot more different than I thought. Turns out Korean-style crab cakes aren't patty-shaped. They're long tube-like things that aren't totally unlike crab sticks. They came in a spicy sauce, too. 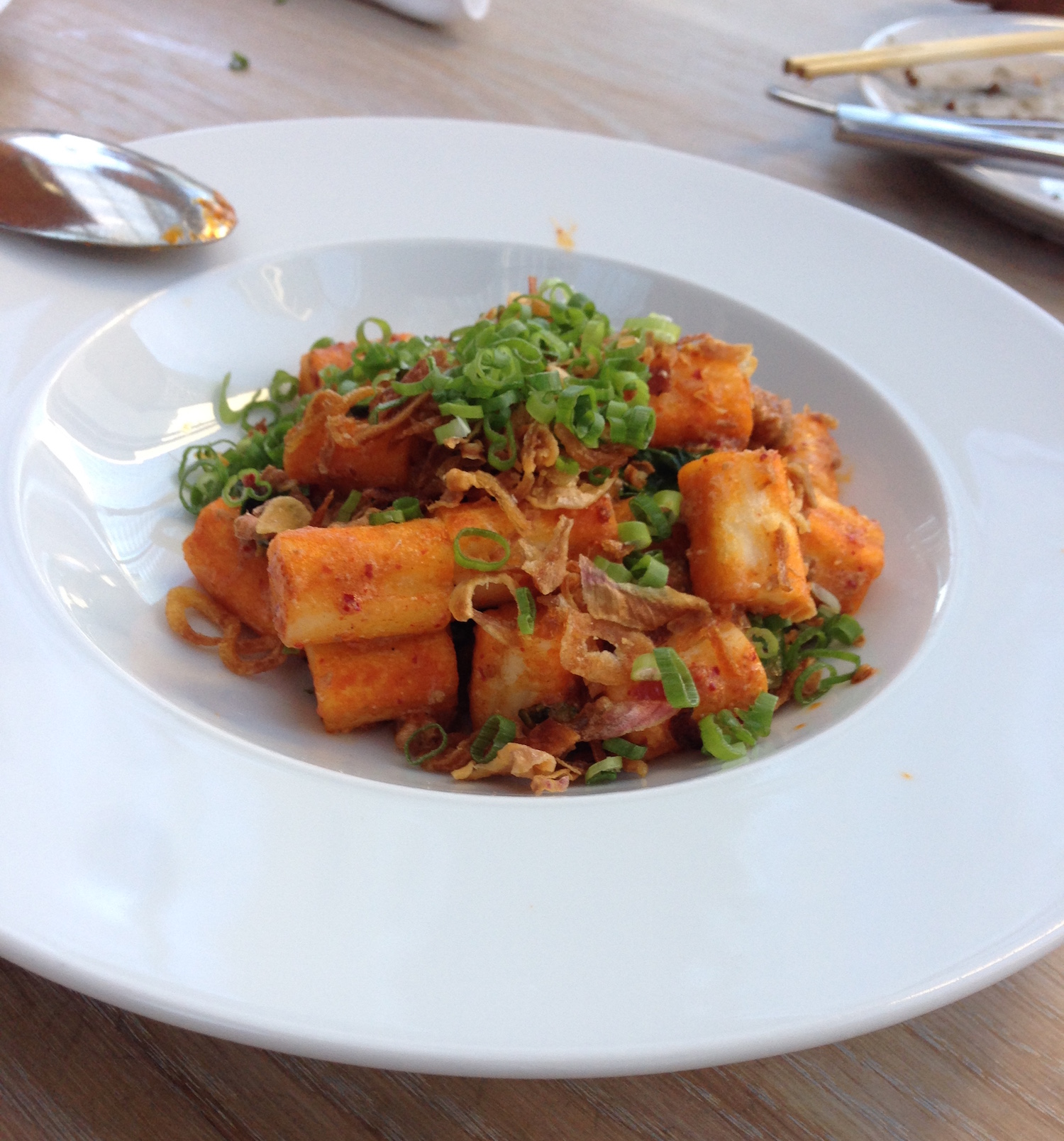 Despite being fit to burst at this point, we were recommended the crack pie. IT WAS AMAZING. That's about all I can say. If you have an opportunity, get it. 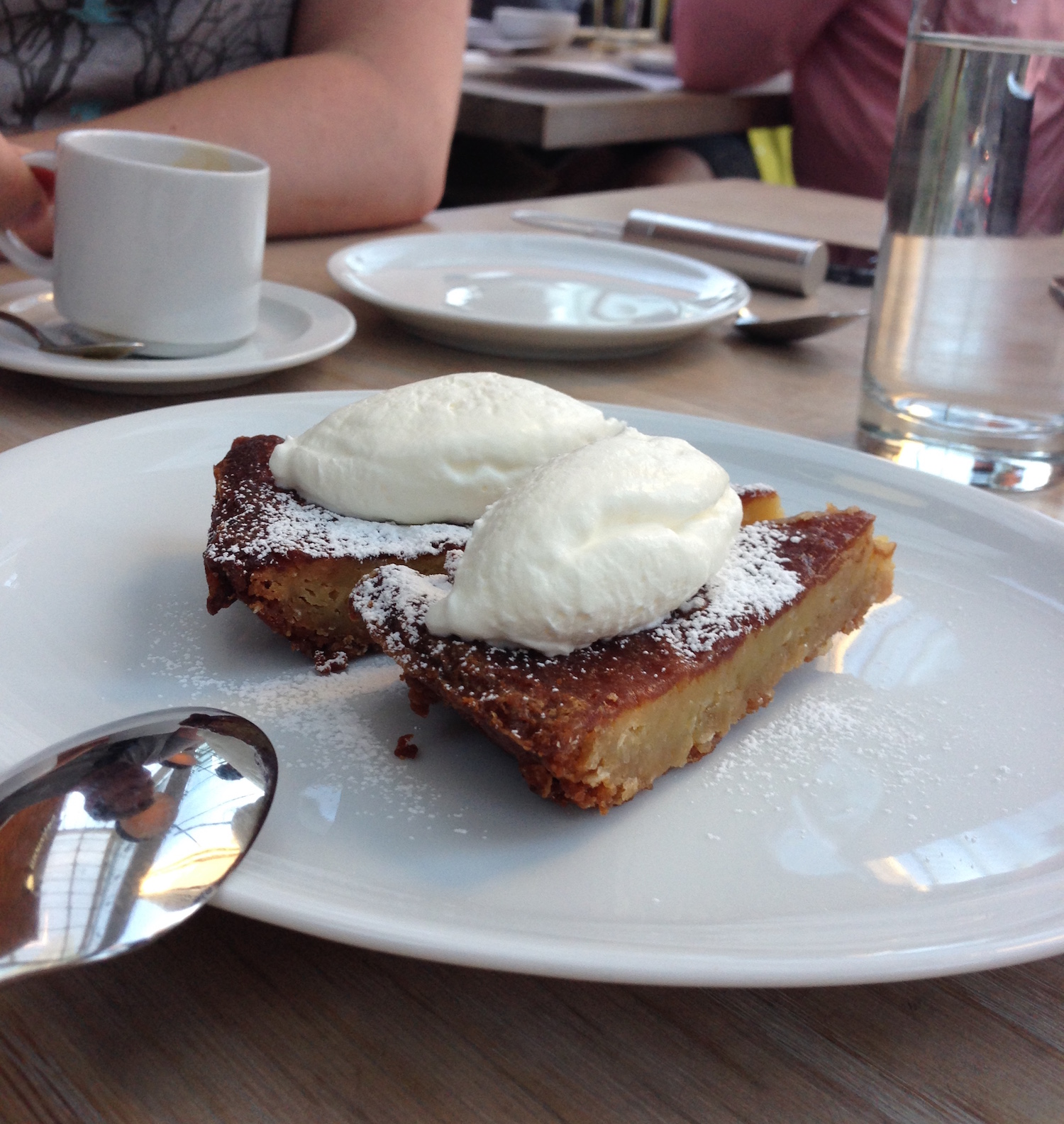 As well as Daishō, there were a bunch of other awesome places we ate at.

Guu Sakabar is an izakaya-style bar/restaurant. They have a bunch of smaller dishes on the menu, and you order a few each and share. They have a wide range of stuff, from standard (like takoyaki) to weird (udon carbonara?). My favourite was kabocha korokke – a pumpkin croquette thing with a boiled egg in the middle, served with a sauce that was kinda like thousand island dressing.

They had an Ontario-produced sake which I can't find on the menu but it was delicious.

416 Snack Bar is a hipster tapas-style place. They had chalkboard on the walls and don't offer you any cutlery. The best thing here was either the foie torchon or the steak tartare.

The other place I enjoyed was Patria, a Spanish tapas restaurant (all the places we went to were tapas, it seems). They had great authentic Spanish-style food (even jamón Ibérico!) plus some tasty sangria. We got a cornish hen paella, which was weird but worked pretty well.

These restaurants barely scratch the surface of Toronto, I'm sure. We've eaten really well here, no doubt due to the excellent choices of our friends Mike and Melissa who pretty much recommended/chose all of these places to eat at.