We'd booked a small but nicely-designed AirBnB in Chelsea. After a small mix-up with the address (turns out the listed address was one street off, for some reason), we arrived and settled in. It was a little dirty, and there were no towels, but a quick stop at Bed, Bath and Beyond sorted our need for cleaning supplies and linen.

Our first morning, we woke up and ran some quick errands. When we came back, the power was off at the apartment. We texted the host, who said that she was at work and wouldn't be able to sort anything out until after 4pm – in about 6 hours (!). So... we wandered over to the Whitney for the Jeff Koons retrospective. I love the Whitney – give me their brutalist architecture over the Guggenheim any day. They're moving to a new building next year so I'm glad I got to visit their current space one last time.

The Koons retrospective was great. I was only familiar with a few of his works, and the exhibition did a great job of fleshing out the rest. The Equillibrium stuff was mesmerising. Definitely check it out if you're around (it's on until the 19th October, I think) – and grab the free audioguide too! 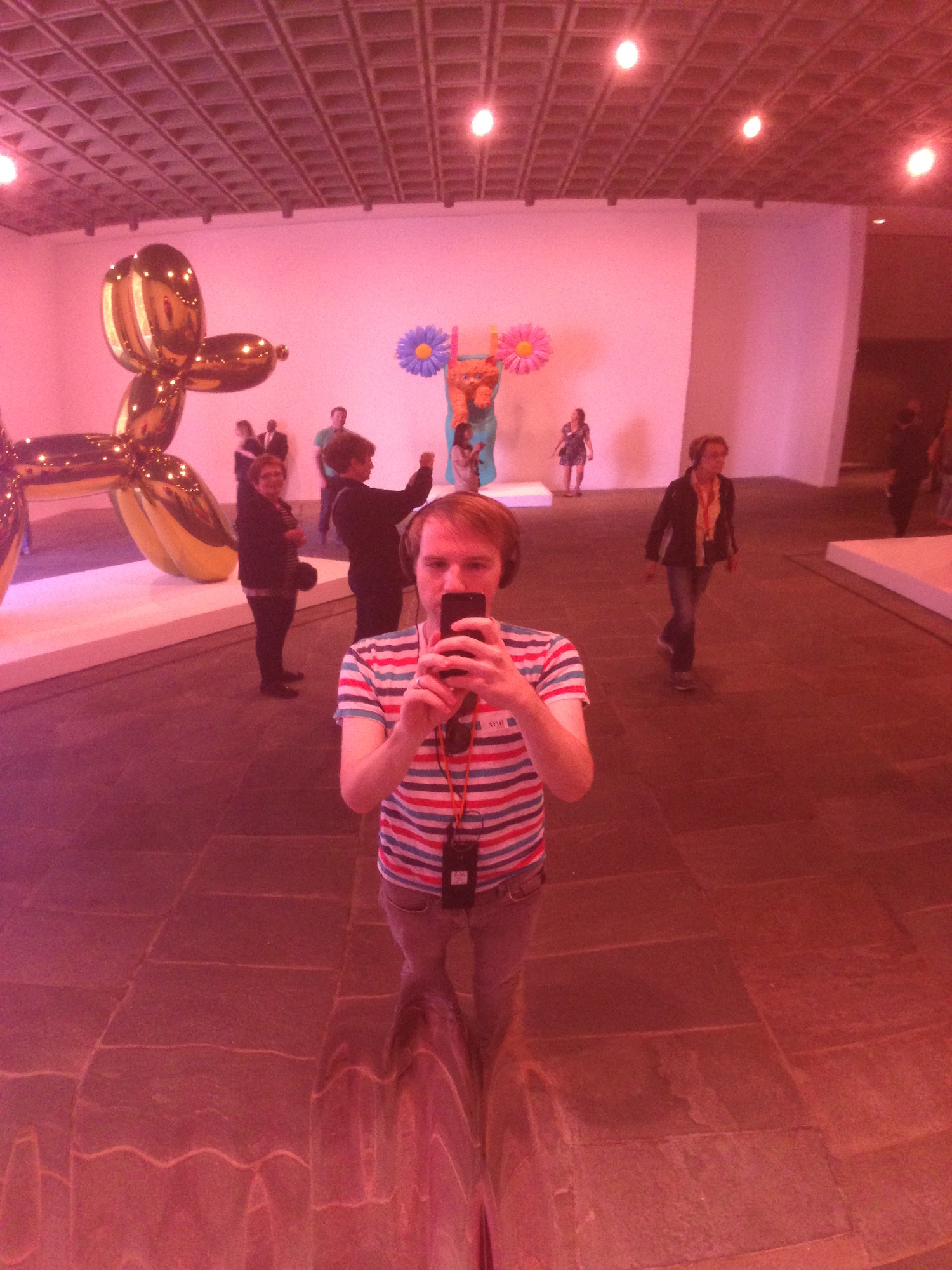 Selfie in a Koons balloon

Still having a few hours to kill, we went to see a film. There's not a whole lot on right now (I'm waiting for Gone Girl and Inherent Vice this autumn), so we took a chance on The Drop with Tom Hardy, Noomi Rapace and James Gandolfini. It's a slow-burning crime character study, although it's quite difficult to categorise. Tom Hardy does a great job of making a meek, loveable – but potentially dangerous – guy. It was also nice (but sad) to see James Gandolfini in what is his last feature-film role.

The film finished and we headed back to the apartment – the electricity was still off. We tried contacting our host, who told us that she'd forgotten to pay the electricity bill for the past couple of months. Not only that, but everyone had gone home for the day and they wouldn't be able to turn the power on until tomorrow. Oh dear.

By this point, it was starting to get dark and our living area looked a little bit like this: 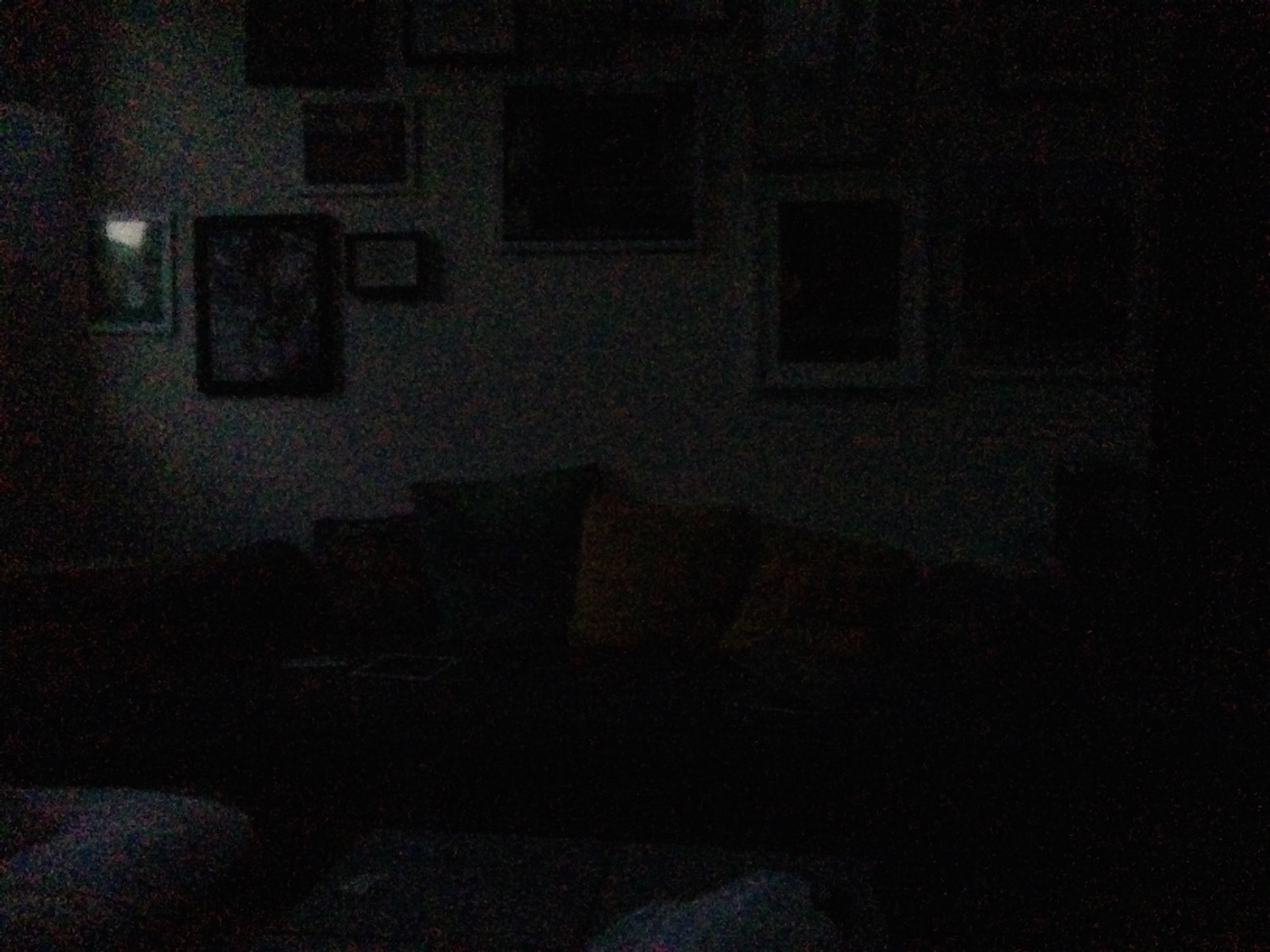 We called AirBnB who, to their credit, had great customer support. They said they'd comp us for a meal and a hotel for that night. They said if the power wasn't on tomorrow, they'd help us find a new place in NYC.

They arranged everything and got us a room at a nearby Kimpton. So, we packed up our satchels for an overnight adventure. We stopped for a quick meal on the way, and arrived at about 10:30pm. The check-in desk told us they were all booked up, and only had one strange room left – a library with a veranda. They said we could look at the room first, but we decided to go with it. At this point, as long as we had power we didn't really mind.

We got to the room and it was more of a suite or event space. One half had a library. 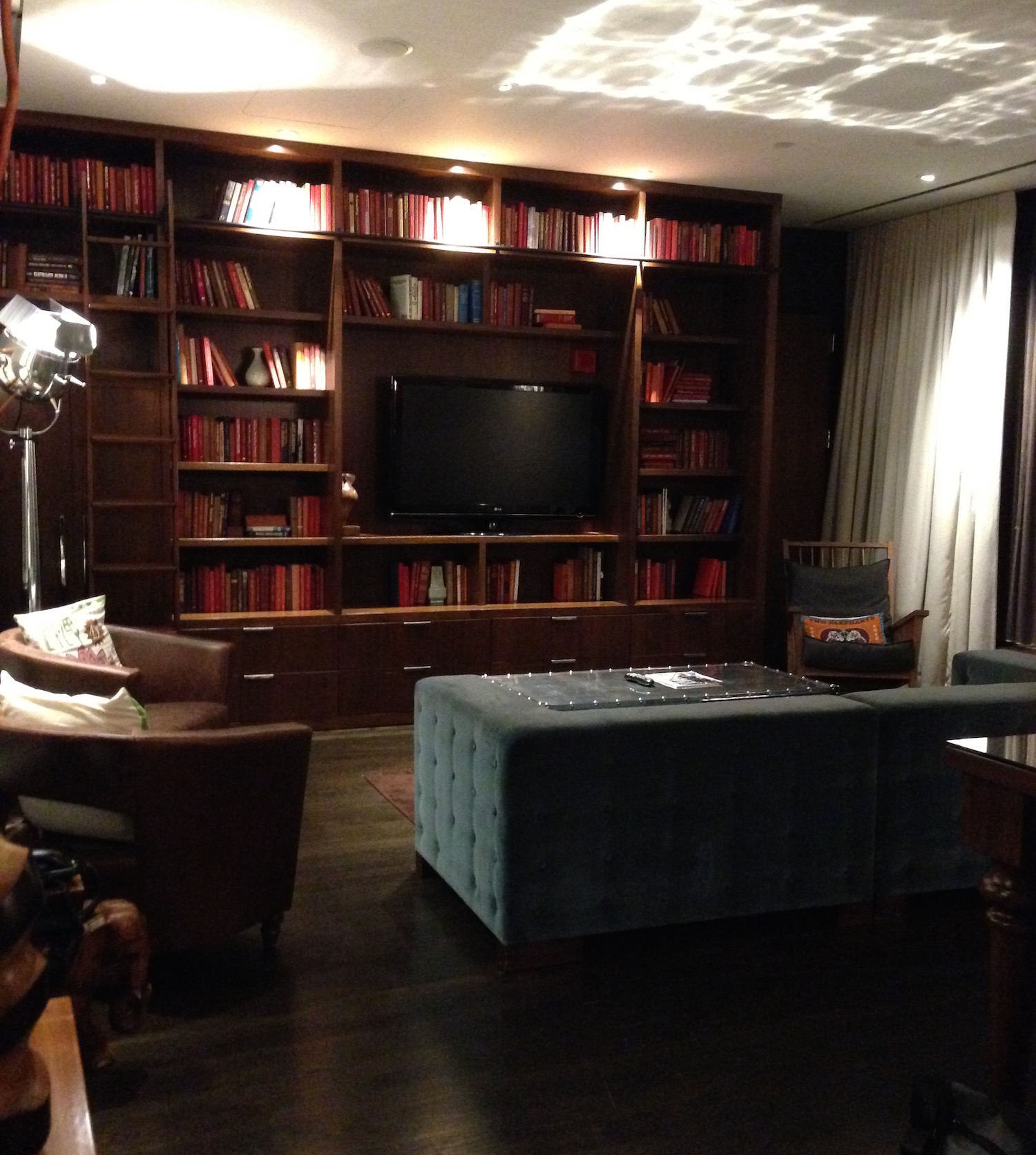 And the other half had a dining room. 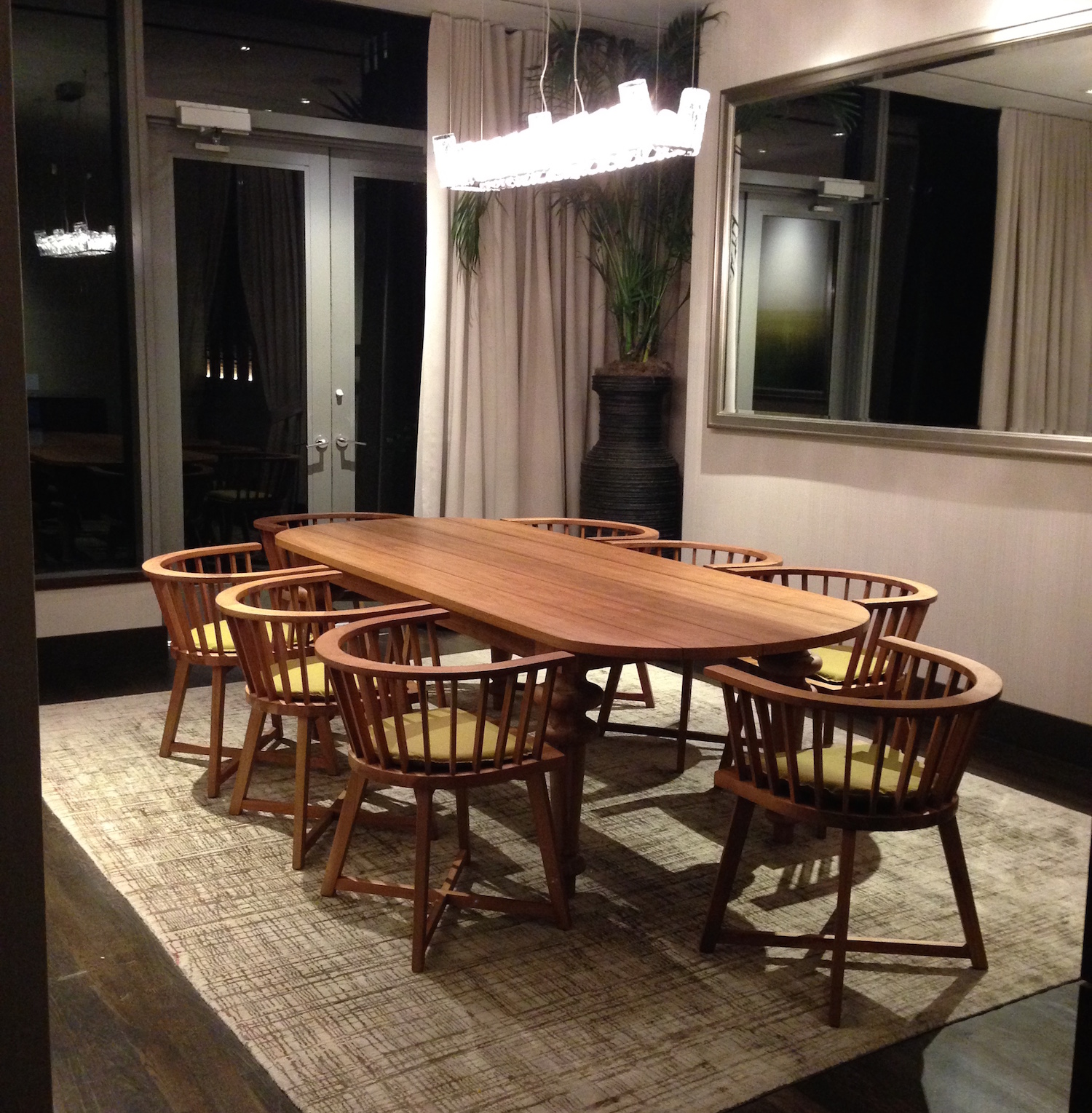 Panorama of the library

The room was on the corner of the building and had a wrap-around balcony/veranda. From there you had a great view of the Empire State Building. 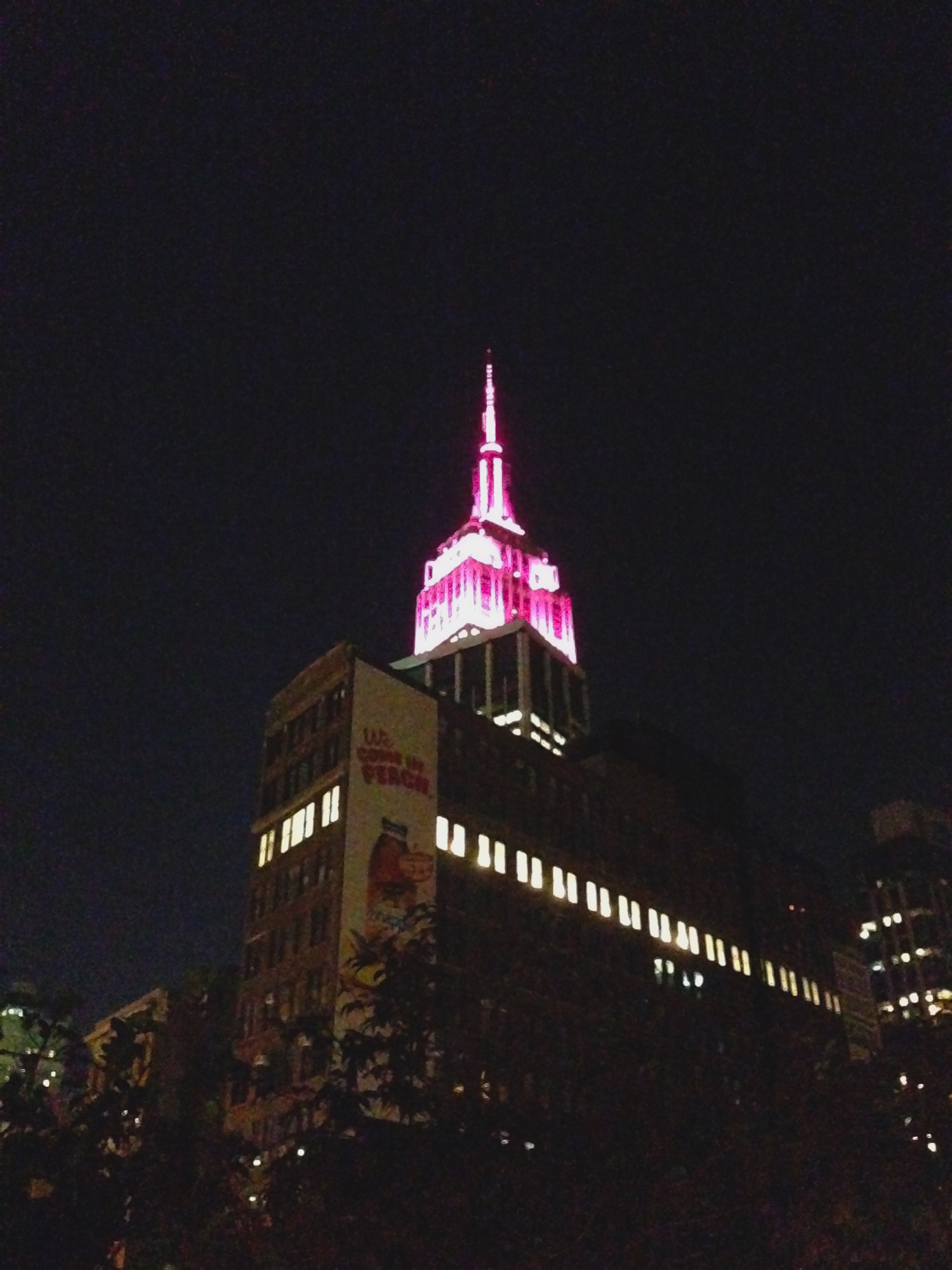 The view from the veranda

We were feeling pretty great about this room until... wait, where was the bed?

Turns out, they forgot to bring a bed into the room. We called down to the front desk and they promptly sent up a couple of guys to make up a sofa bed for us. 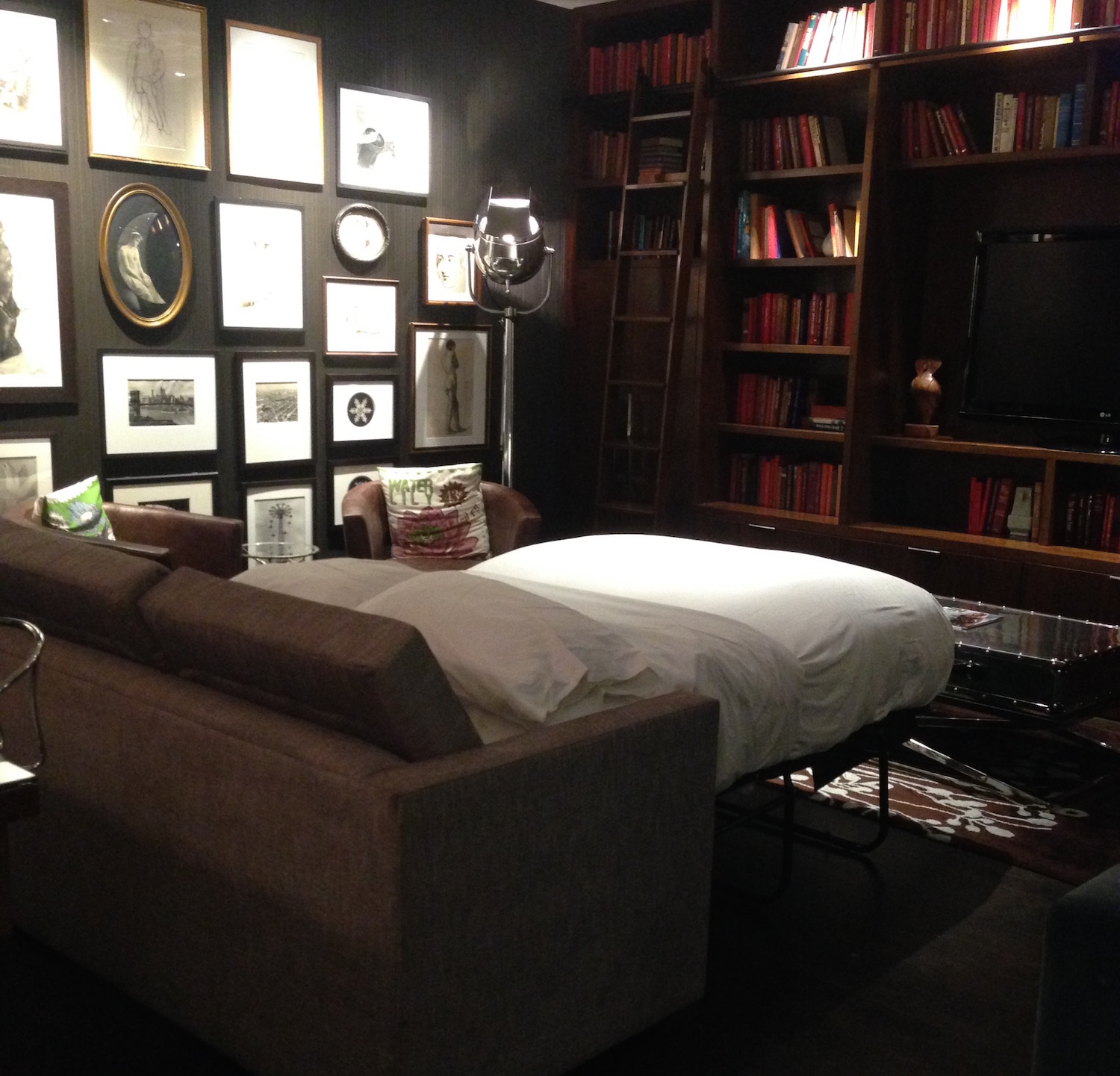 It was pretty comfortable, for a sofa-bed. Anyway, to make up for the weird room and lack of a proper bed, they gave us some credit for room service. As we'd already eaten, we used the credit on better things. 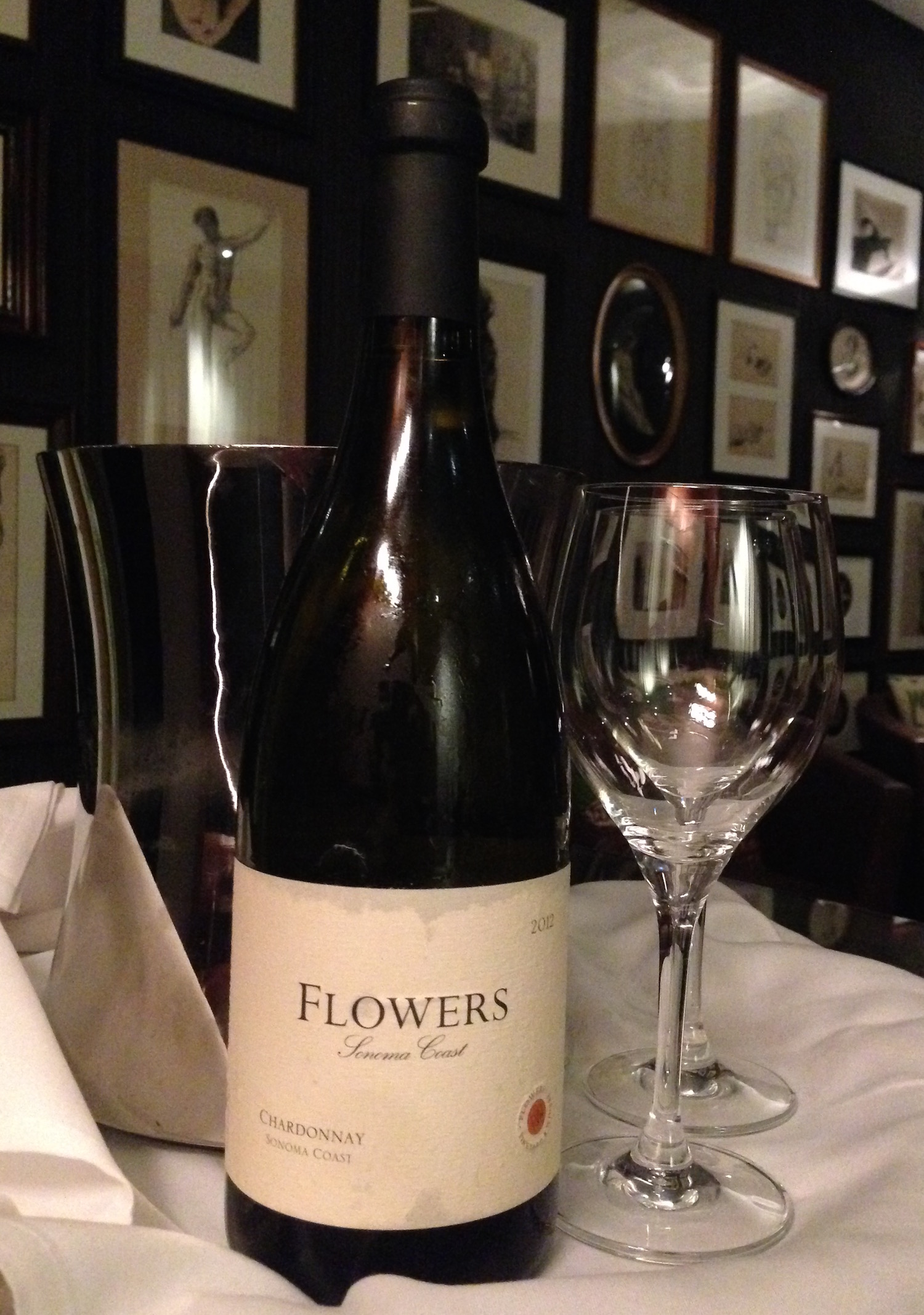 The next morning we headed back to the apartment and the power was still off – however the host had arranged for the electricity company and the super to come and get it all sorted out.

Although it was a bit of a nightmare, this is the first bad experience with AirBnB we've had in the five months we've been travelling. The AirBnB customer support was great, and the host also said she'd give us the previous night free. Still, it was a pretty stressful adventure.