This post has an awkward title. That's chiefly because the bars in New York are so numerous that I couldn't claim knowledge of even 0.1 percent. I couldn't even claim to have exhausted bars in Chelsea (our current neighbourhood), or even the Ninth Avenue bit of Chelsea. In fact, a more accurate title for this post would be "Bars Between 20th and 17th Streets on Ninth Avenue: A Small Sampling." It's strange coming from Prague, where we managed to check off almost all of the decent cocktail bars in the centre, to a city where we've barely scratched the surface of our neighbourhood.

Anyway, we've been trying out some of the recommended bars in the area. We haven't found a bar we're completely comfortable with – the nice mix of decent cocktails and relaxed atmosphere has eluded us so far in Chelsea.

The Tipsy Parson is a great restaurant as well as a pretty good cocktail bar. You know how often, a Southern-style restaurant can't beat the food you actually get in the South? Well, that's not the case here. I had fried catfish with gravy, and Hampton had shrimp and grits. Both were great – the catfish was crisp and the gravy wasn't too peppery (which happens a lot with Southern gravy). 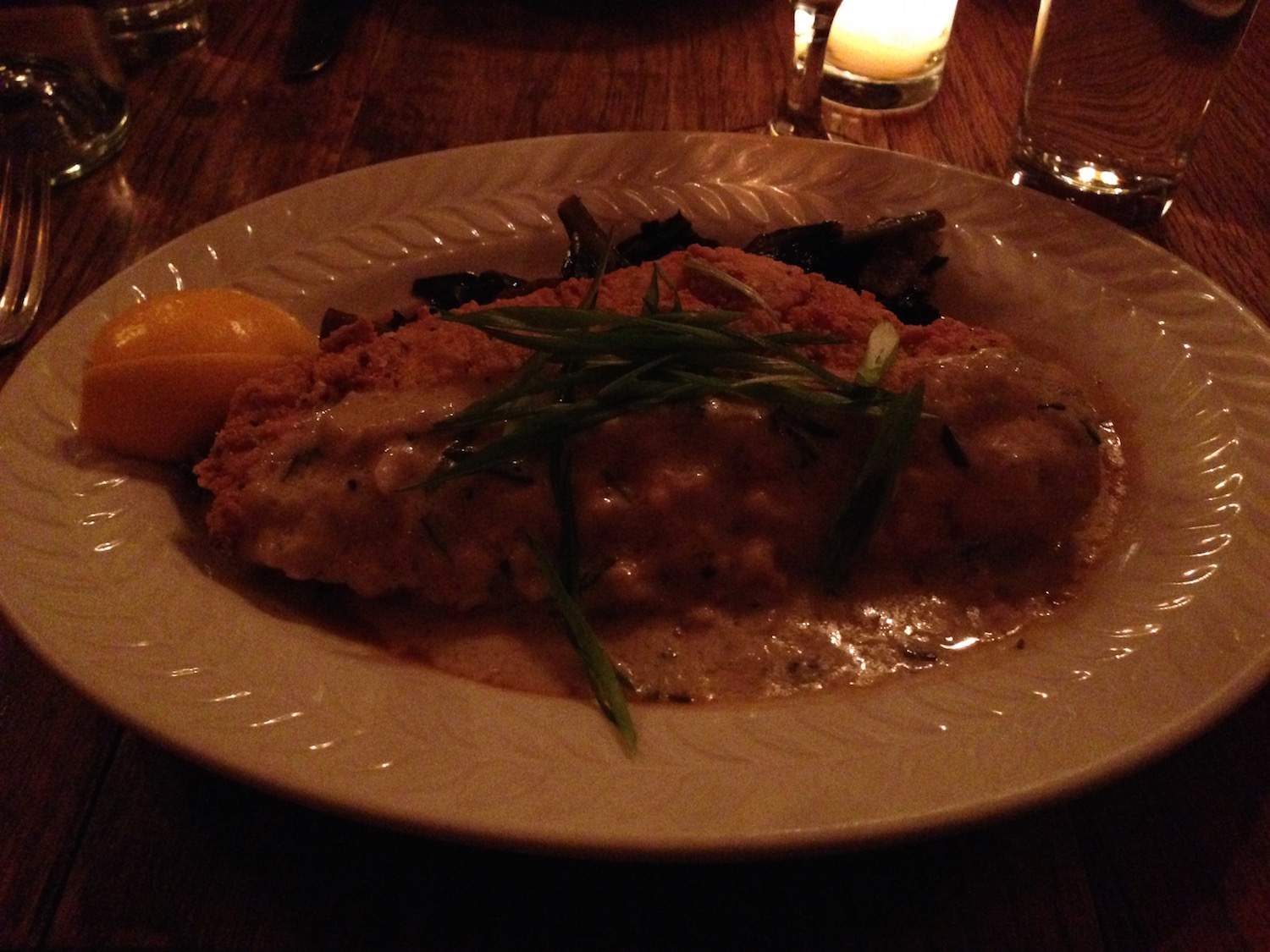 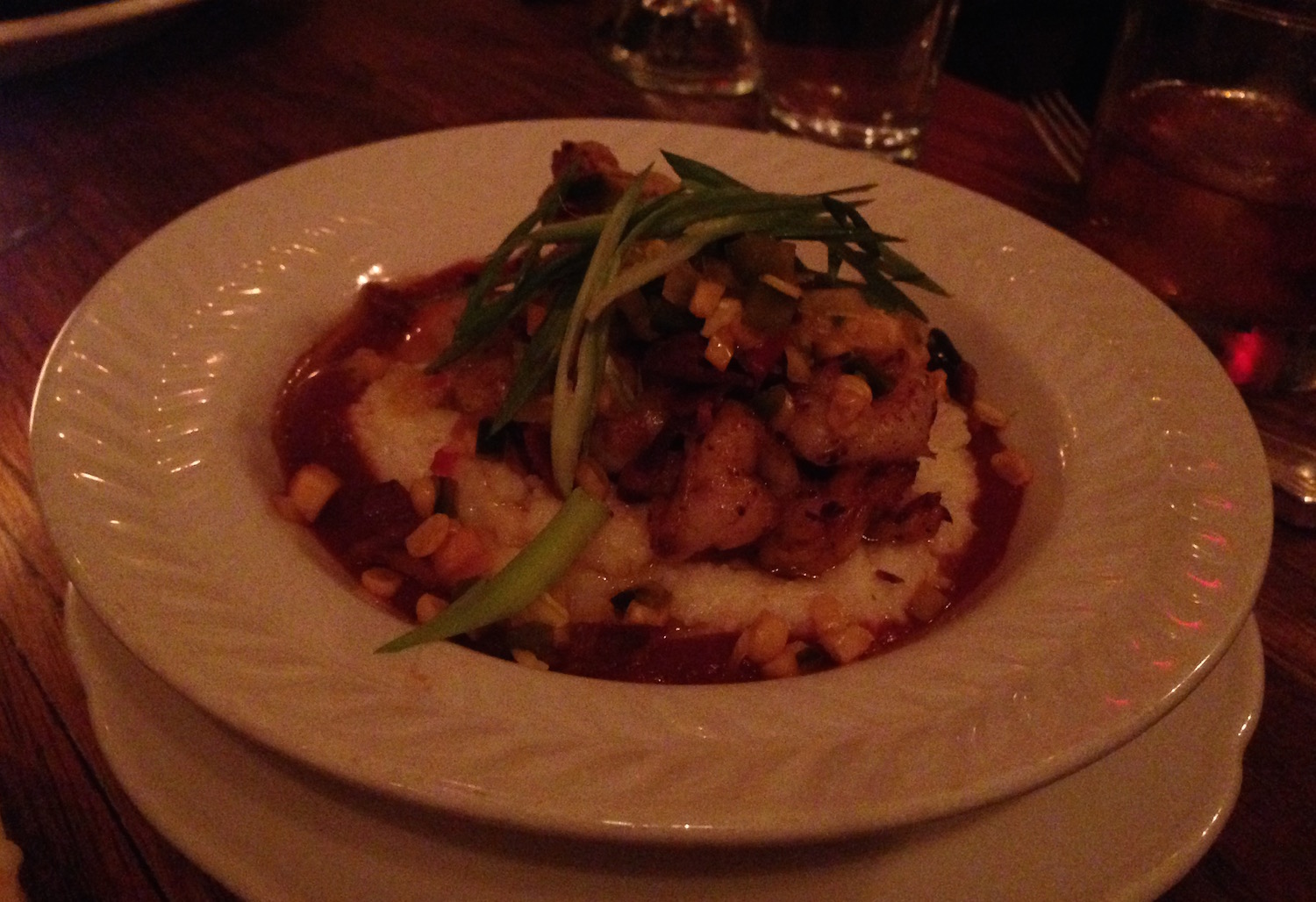 Looking at the menu, we spotted the head chef's name: Ty-Lör Boring. That's quite an unusual na- wait, it's that Ty-Lör, from Top Chef?! It was!

They also have seats at the bar. The cocktails are a little bit hit and miss. They're trying hard to be inventive, but a lot of them miss the mark. There was a ginger-based drink that was way too gingery, even for me. The Professor Plum was pretty good, although due to seasonal changes of the menu I don't think it's available any more. 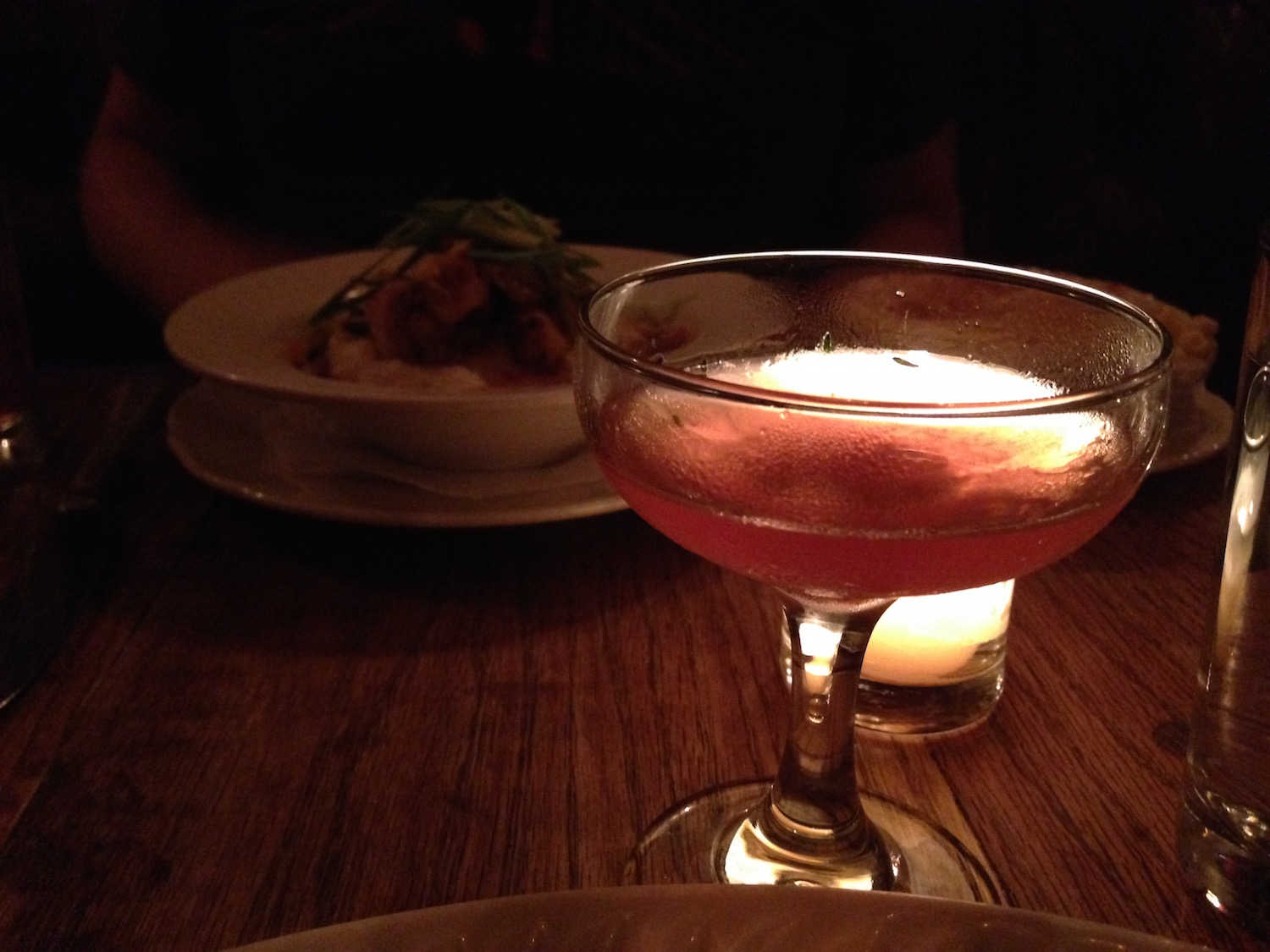 Bathtub Gin is a speakeasy behind a coffee shop. It's quite conspicuous for a speakeasy – walking past on a Saturday night you see a line of people outside an empty coffee bar. I'm no fool! No coffee is that tasty. We booked for 6pm on a quiet night and even then the bouncer made us wait outside, despite it being empty when we were eventually let in.

The drinks were quite good. We started out with a Martini and a Blushing Lady #2. 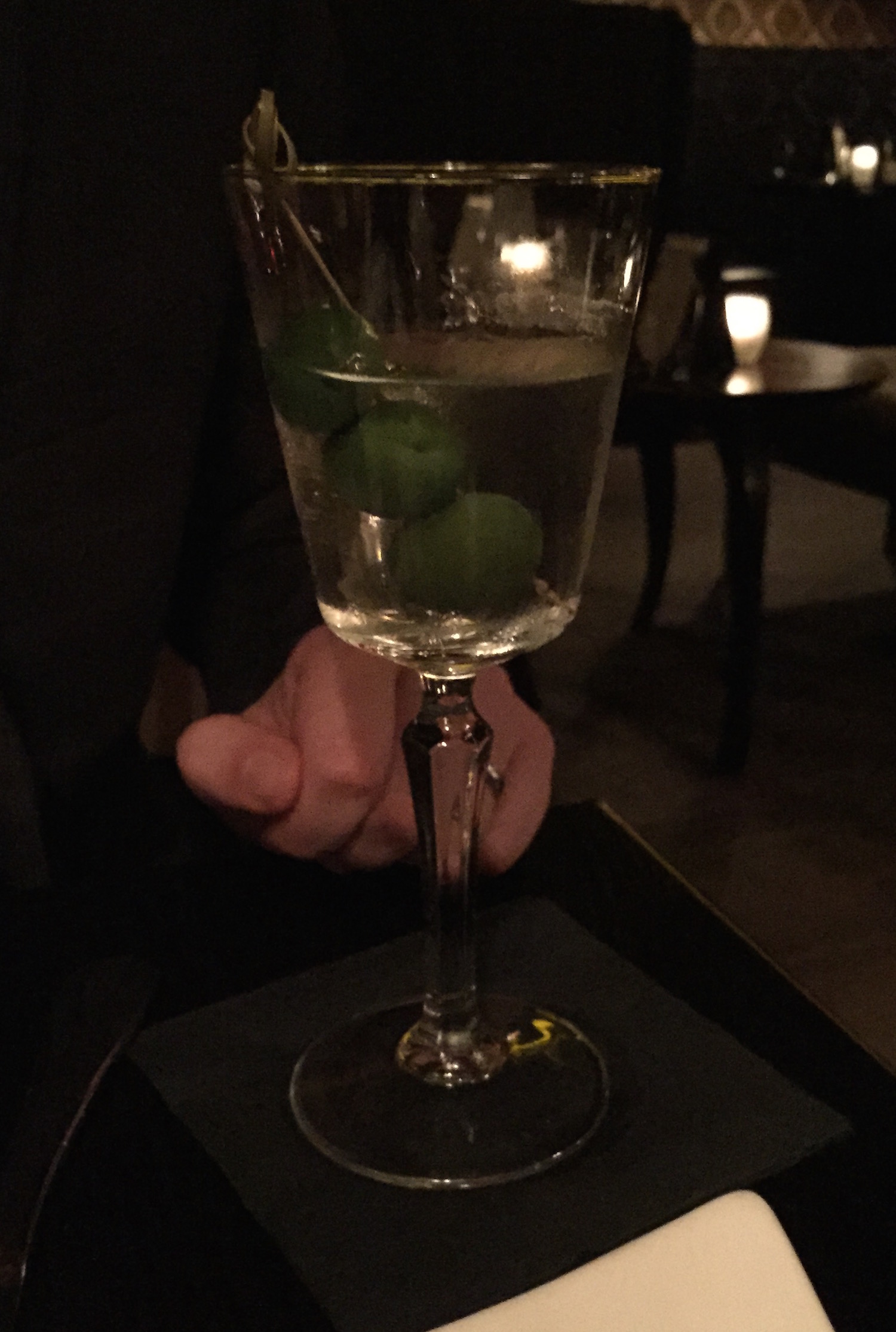 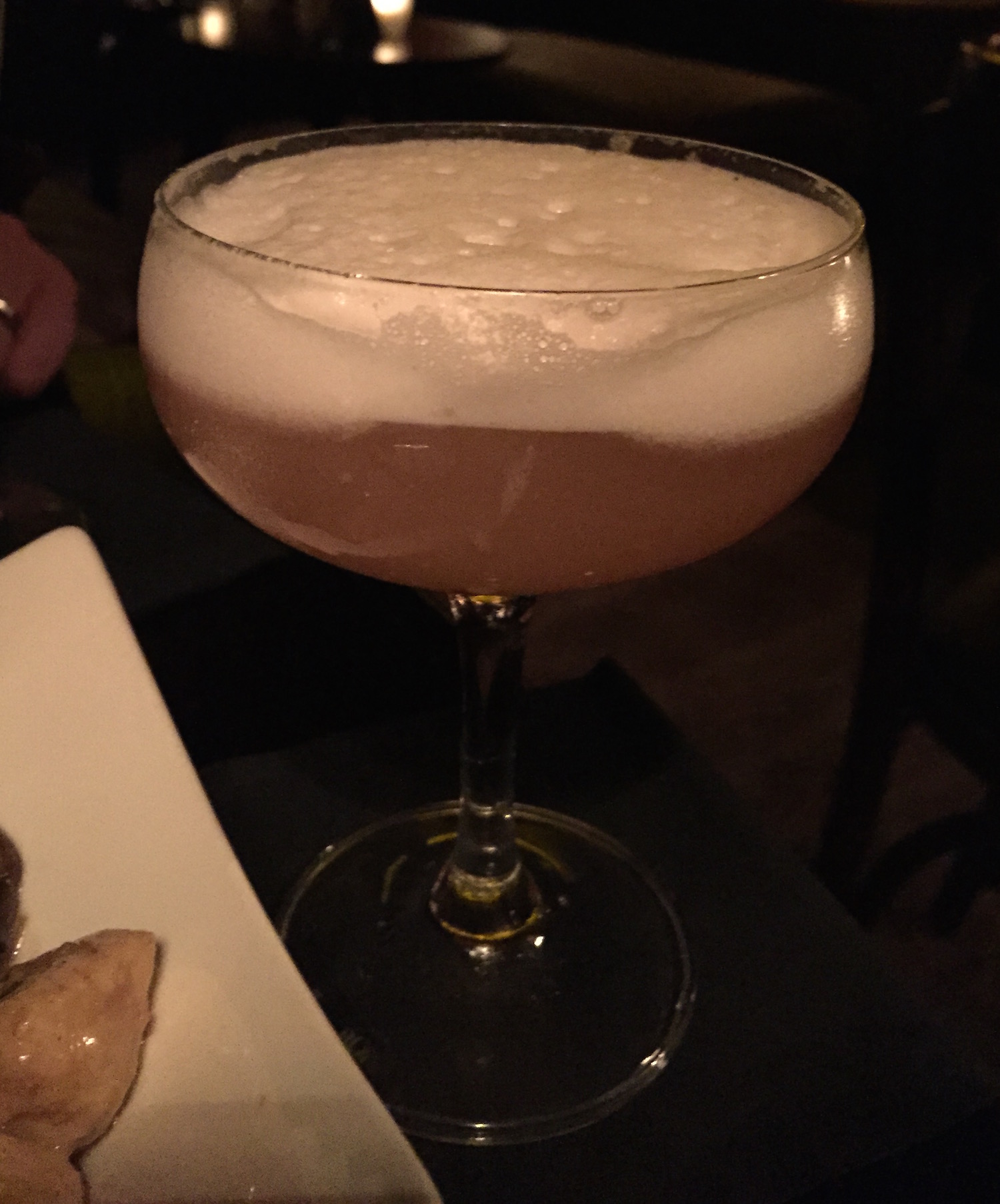 The Blushing Lady #2 tasted like a sour grape candy. The Martini was OK. The secound round proved better – a Vesper and a Last Word. 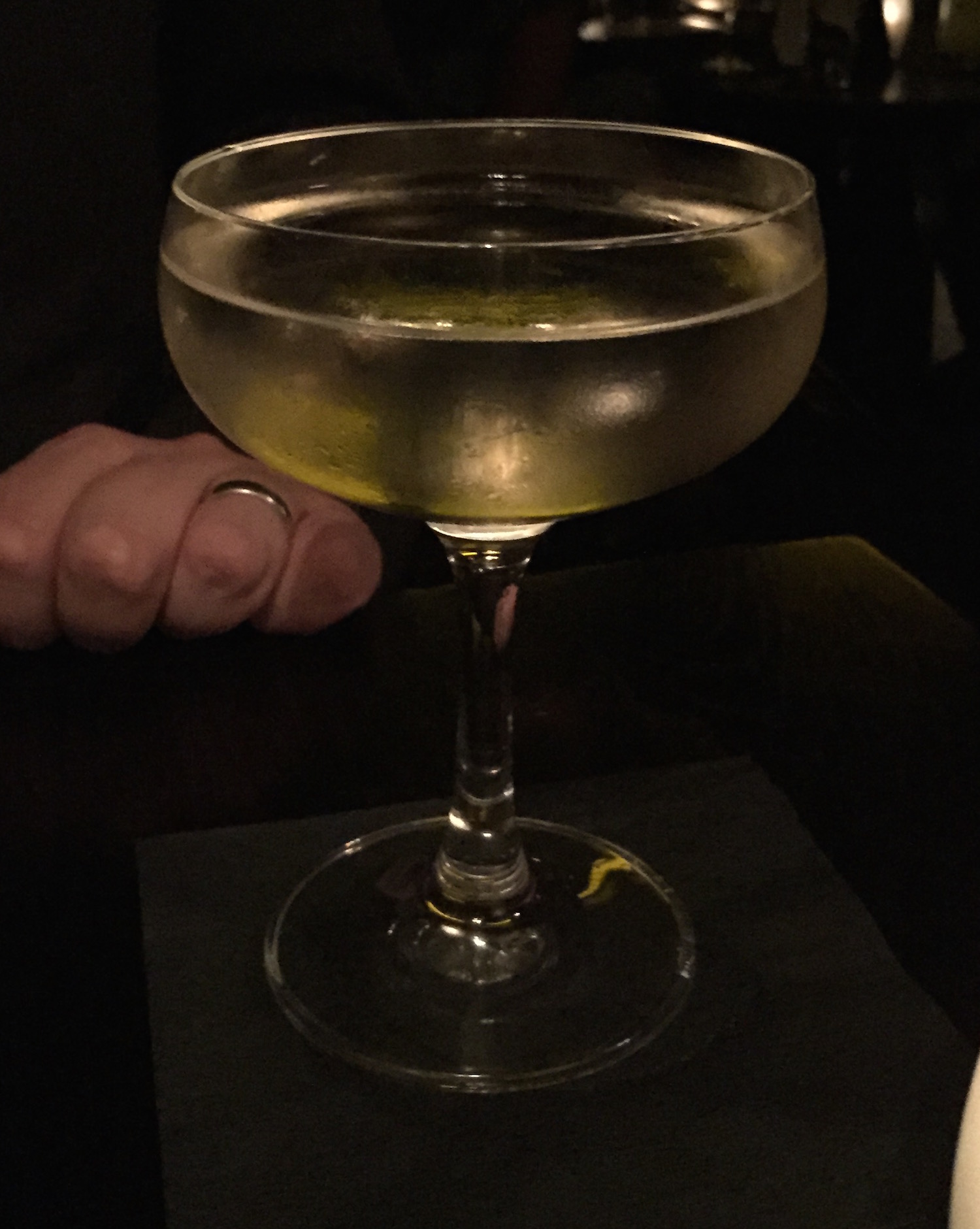 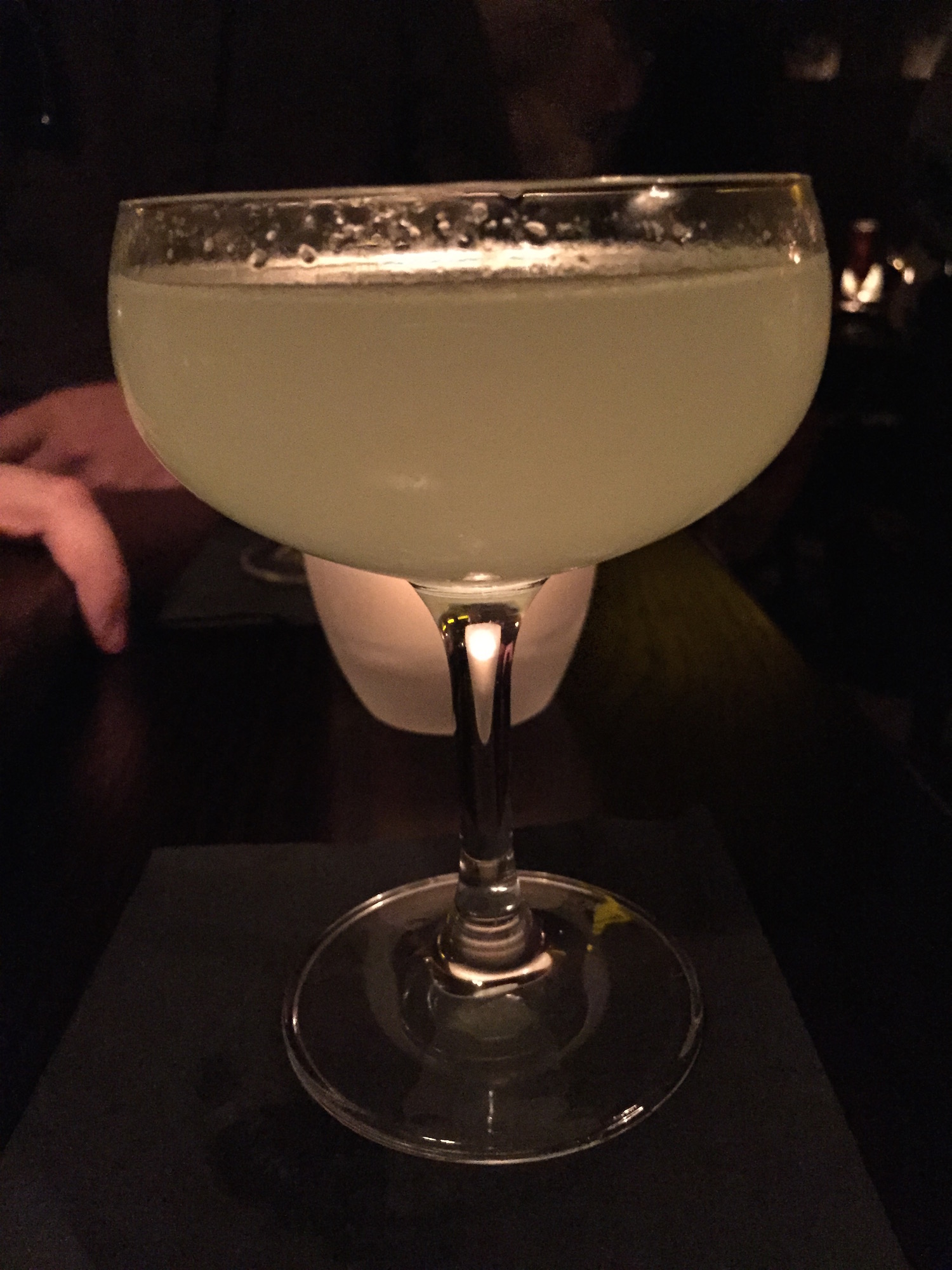 They had some great small plates to share – the mushroom gnocchi was my favourite. The pork belly sliders were also super-tasty. 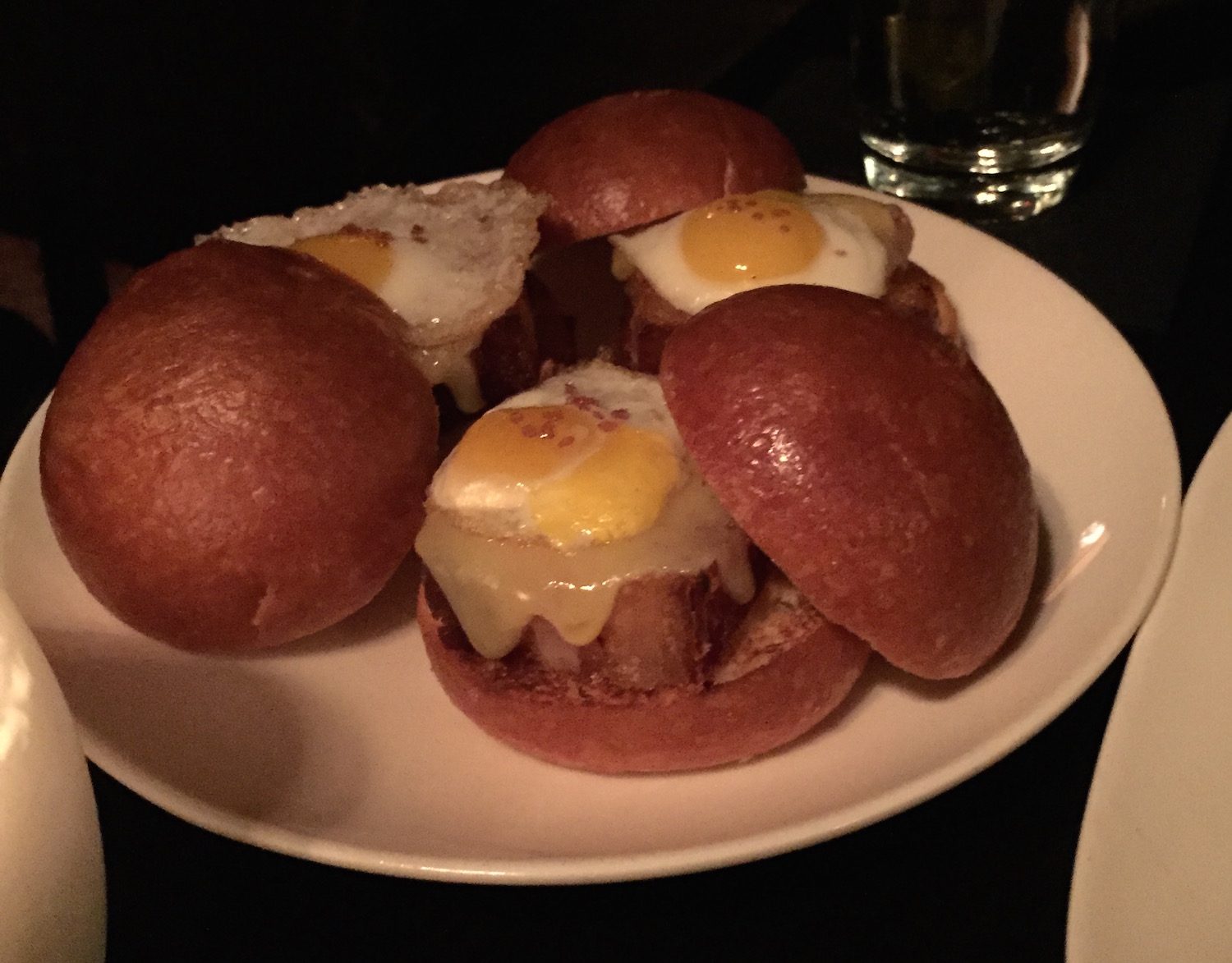 The staff were a little stand-offish, which I'm getting tired of when it comes to fancy speakeasy-style bars. Bourbon & Branch in SF has a similar problem. (Update: we went to the speakeasy Milk and Honey and the staff there were delightful. The drinks were great too!)

La Bottega is in a crazy-looking hotel called the Maritime. Its windows are all circular, and it's sides are sloped inwards. The drinks there are OK, but not very well balanced. The Vesper tasted like pure vodka; the Manhattan was almost pure vermouth.

Some other bars we've been to in the Chelsea area (but not on 9th) are The Park, on 10th avenue, and Heartwood, on 8th.

The Park is in a beautiful converted parking garage, with an indoor "garden" area. The front bar was pretty crowded, so we sat in the garden area where – pro-tip – there's a secret back bar! We ordered drinks from both and the back bartender was way better. Plus there was no wait at the back bar. 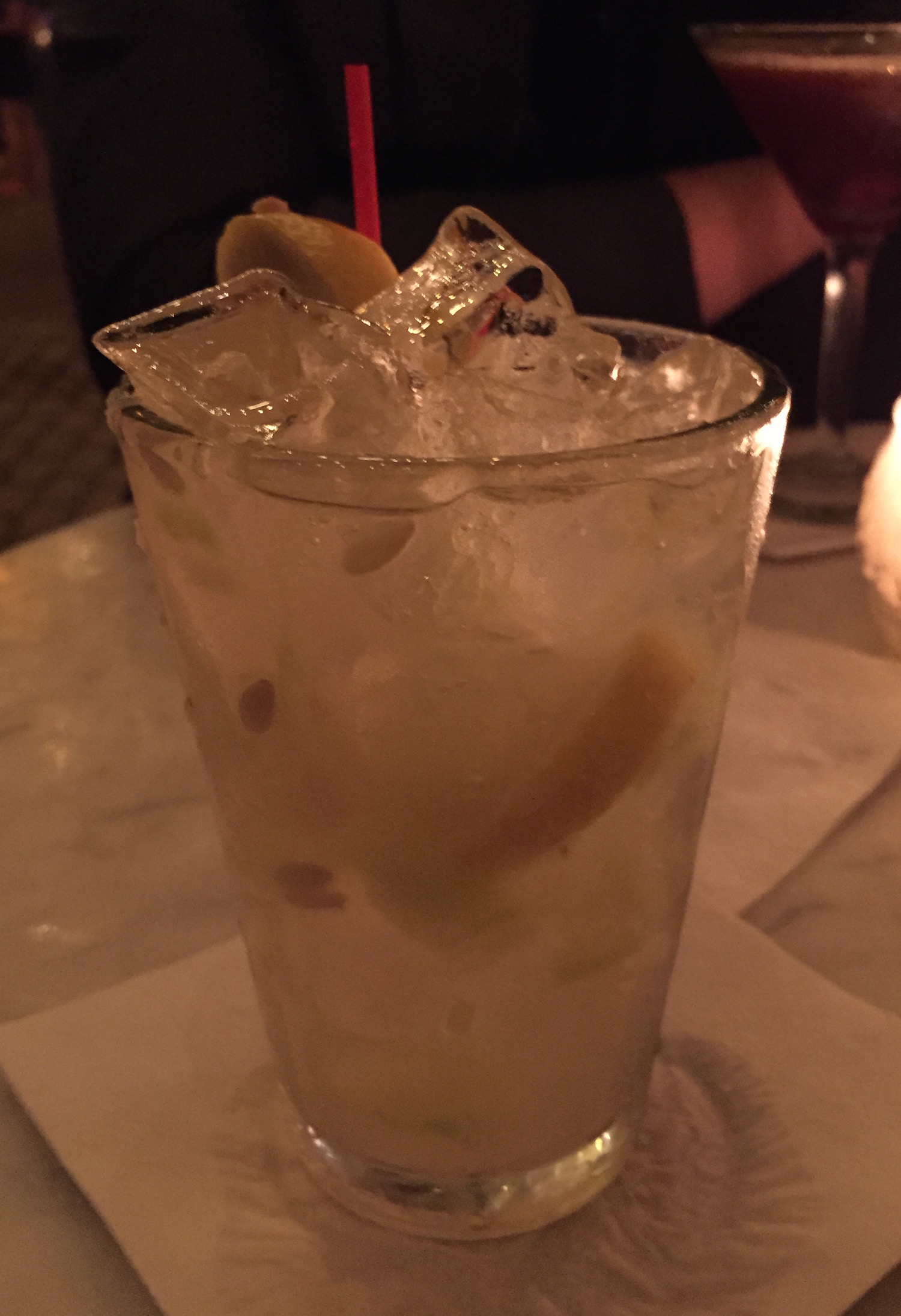 Heartwood is on 8th Avenue, between 20th and 19th. I ordered a couple of drinks there and didn't really enjoy them – one was my fault, the other the bartender's. The menu had sections, one of which was classifed as "Shrubs." Not being familiar with the drink called a shrub, I picked one with gin in it. Turns out, they really do put vinegar in them. It was surprising on first taste, then just became kinda throat-burning. I love vinegar, but drinking it is a little difficult. Anyway, I put that mistake down to me, and not the bar itself. However, I then ordered a Last Word and they missed out the lime. That makes it a little undrinkable – just sweet and herbal. My first drink was too acidic, my next not acidic enough. There's no pleasing me.

Anyway, SassConf has started and I'll no doubt be writing about that as the week goes on.