Last week was the second SassConf. After having a blast last year, we had to come back (and it gave us a great excuse to be in New York City for a while).

Claudina, Sam, and the other organisers did a great job of having community events for the whole week in the run-up to the conference. A large number of SassConf attendees were staying in New York for a while, so it was a great idea to have some "unofficial" community events beforehand.

There were great talks by Smith Schwartz and Patrick Hamann on Monday night. On Wednesday there was a fireside chat with the Sass Design team. Hampton talked about the original concept behind Sass and its unconventional branding, then Jina Bolton walked through the complete redesign of the Sass website that she spearheaded last year. 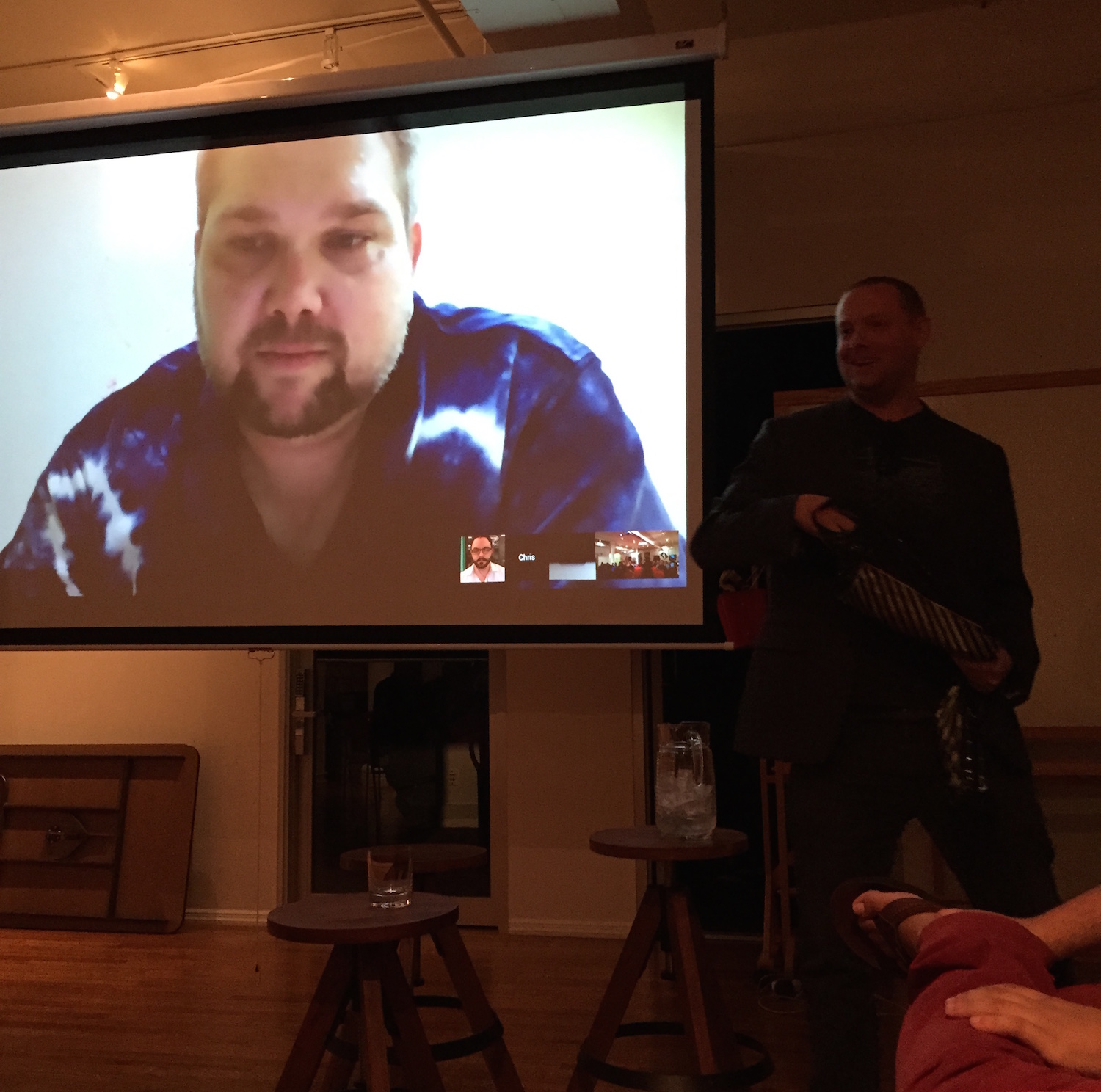 It was a fitting topic – at last year's SassConf, the new website was launched. Bermon Painter joined in to explain the new logo, too. It was an entertaining evening.

The first day of the conference consisted of talks. It was neat hearing from Una about the global Sass community, and I always enjoy listening to Smith talk about art and how you can bring art into your everyday life.

It was also great to finally give Natalie the net Game-Changer of the Year award. It was picked up by Kaelig back in May. He gave it to us when we were in London, then we asked my Mum to ship it to New York for SassConf. 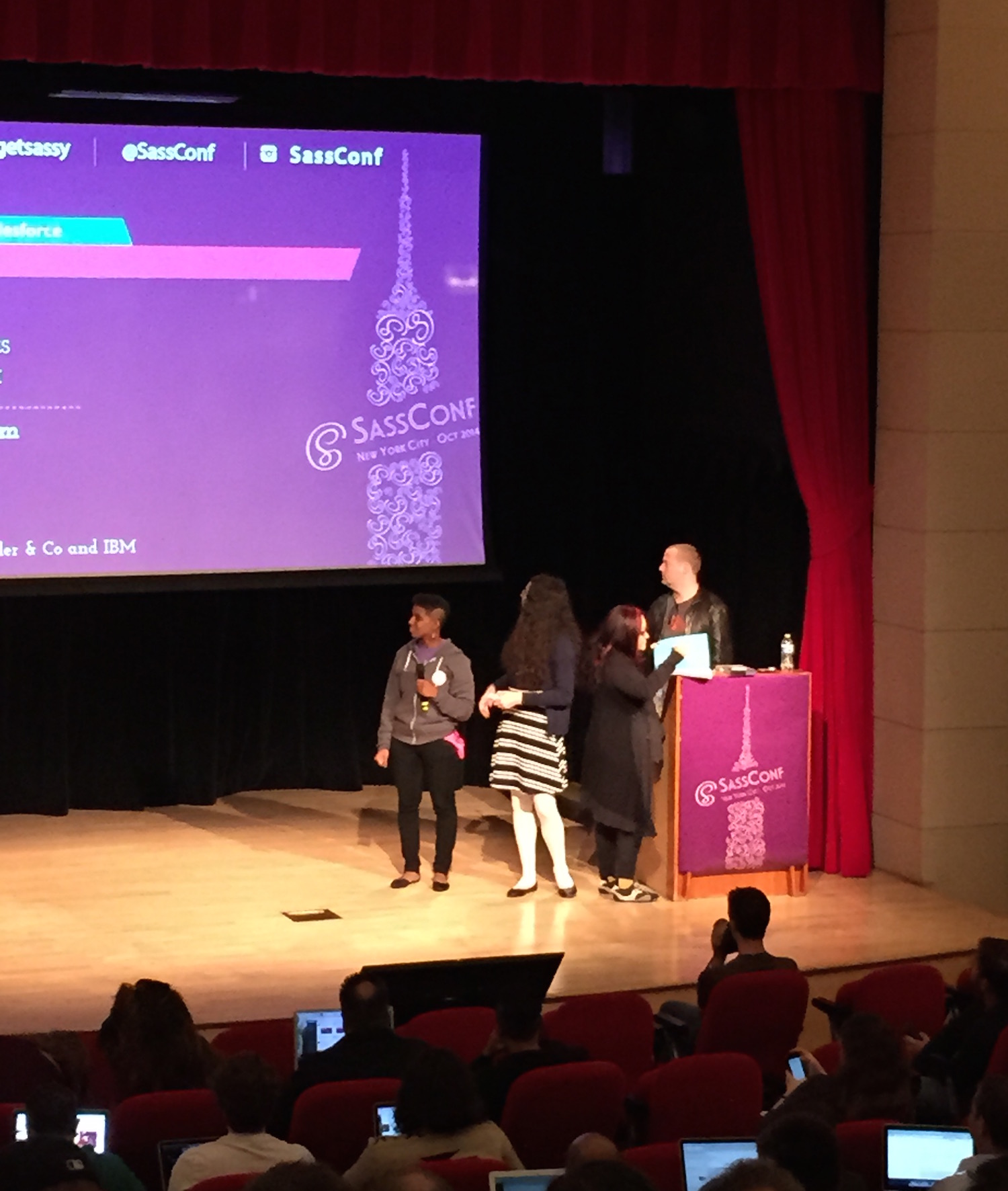 Natalie receiving the Game-Changer of the Year award

The next day was workshop-based. I wasn't able to go to any, but from what I could see on Twitter people had a great time and learnt a lot.

The after-party was on Friday night, and it involved a boat trip (with open bar and karaoke) around the bottom of Manhattan. I guess boats are "in" at conferences – we did a boat trip for lunch during LaConf in Paris.

Anyway, it was awesome. Seeing any city from a new perspective is great, and Manhattan is absolutely gorgeous at night. 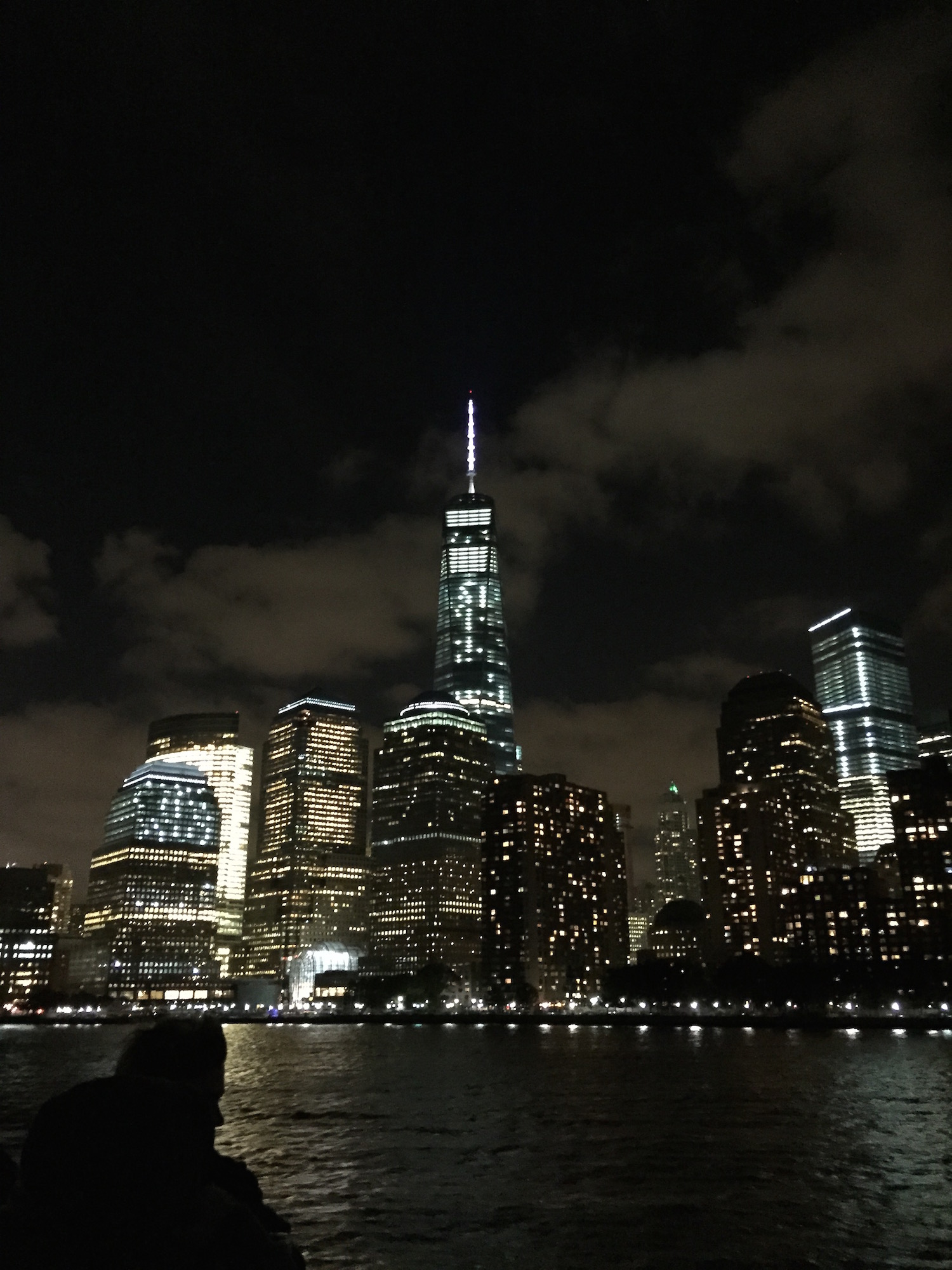 World Trade Center from the boat

We sailed from Chelsea Piers to near the Brooklyn Bridge. Then, on the way back, we got really close to the Statue of Liberty! 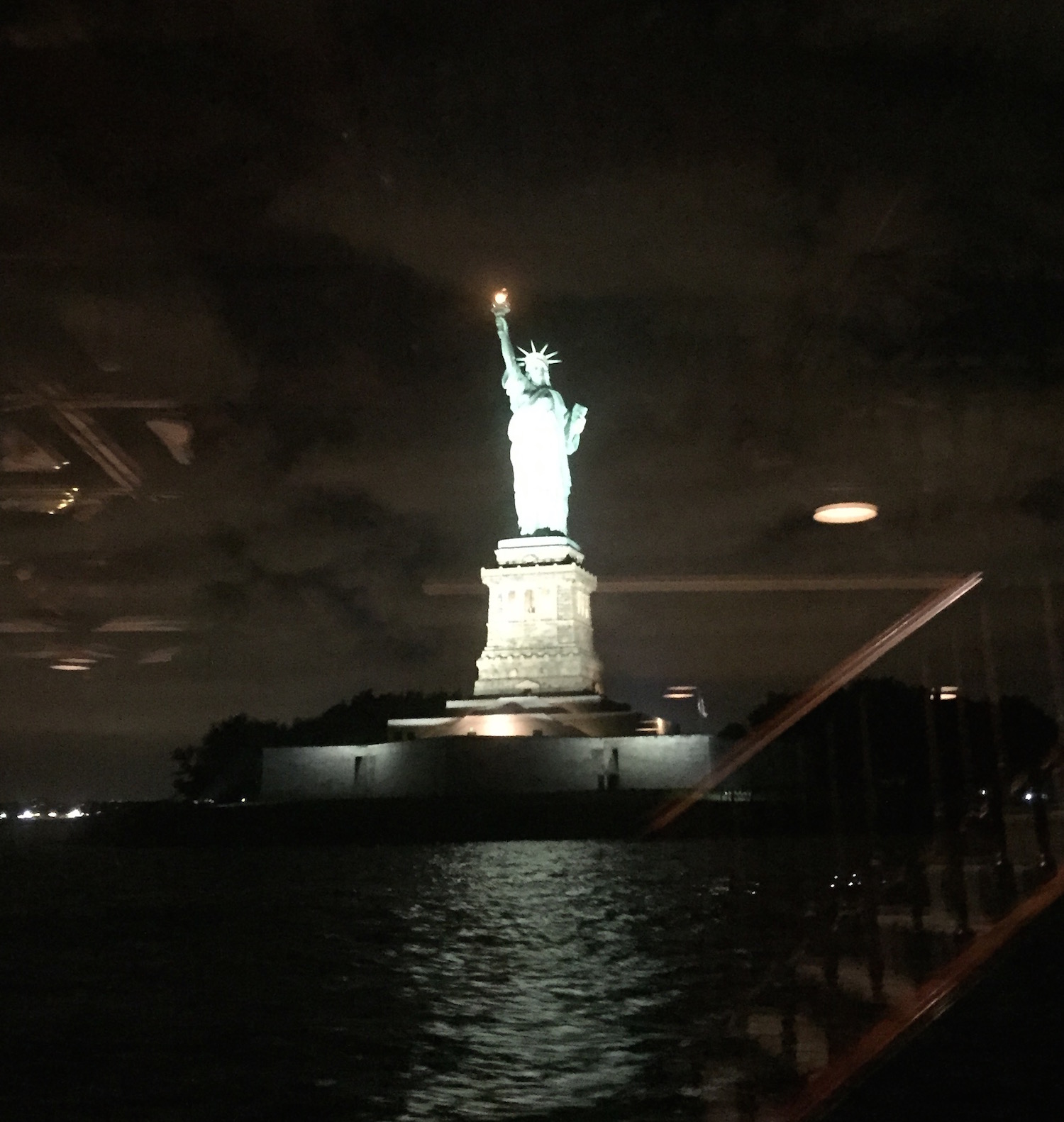 The number of attendees at the conference was small enough that you recognised most people at the after-party. I felt like I could go up to anyone and strike up a conversation. Everyone had a great time.

The next day was the "unconference" – something I'm not familiar with at all. The idea is that people would form their own groups to talk/discuss/code about what they're feeling passionate about. I must admit, I was pretty sceptical going into the day. I expected it to end up being isolated people working on their own thing, with minimal discussions.

I was very wrong. 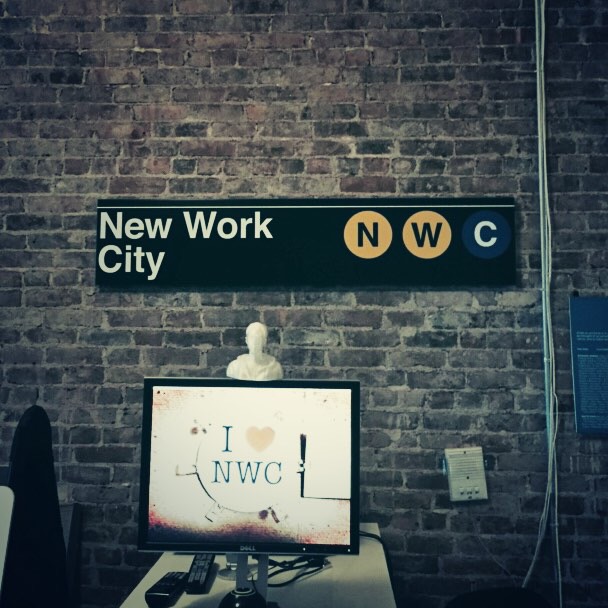 The unconference was held in the New Work City offices

Within the first ten minutes, all the meeting rooms had been booked up with various meetings – everything from the minutiae of libsass to contributing to open source to motivation for making things. It was great seeing strangers come together to discuss these topics and try to figure out solutions or help each other out.

I recruited Smith and a couple of other people to help me with a project I've been sitting on for a while. It's almost done and I'll be posting about it soon.

It was a great end to the conference, and really drove home one of the things that I believe sets the Sass community apart from most other tech communities I've seen: the realisation that building a diverse and welcoming community is just as important as building the technology itself.