I stumbled across Drinks International's list of the top 50 cocktail bars in the world. Sure, it's probably a list you can pay to appear on or whatever, but I love lists.

Turns out on our European trip we managed to hit six of them! So I'm feeling pretty good about my cocktail game.

The only other one I'd been to was #16, Smuggler's Cove, in San Francisco. I still haven't been to #33, Trick Dog – although it's been on my to-do list for a while. I'll probably head there as soon as I get back to SF.

As we've only got two more nights in New York, I'm not too sure we'll be able to hit the NYC ones on the list. But it's good to know they're out there.

Update (2014-10-16): Last night we went to number 5 on the list: Employees Only, in New York's West Village. It's a cool exterior – only a neon sign saying "Psychic" indicates the location. There's a tiny room you go through that has a psychic doing tarot readings (if you should feel so inclined).

Inside it was packed. It's not a large space and most of the back is taken up with dining tables. The bar was two people deep (since when was Wednesday so packed?) and we were constantly being bustled by the waitstaff walking with food to tables nearer the front. There was no chance of getting a seat.

The drinks were OK – I got a Provençal and Hampton got the Billionaire Cocktail. Hampton's was way better; mine was a little bland, to be honest. Some subtle lavender flavour but that was about it. Anyway, I didn't really enjoy it there – and definitely don't think it deserves the number five spot. 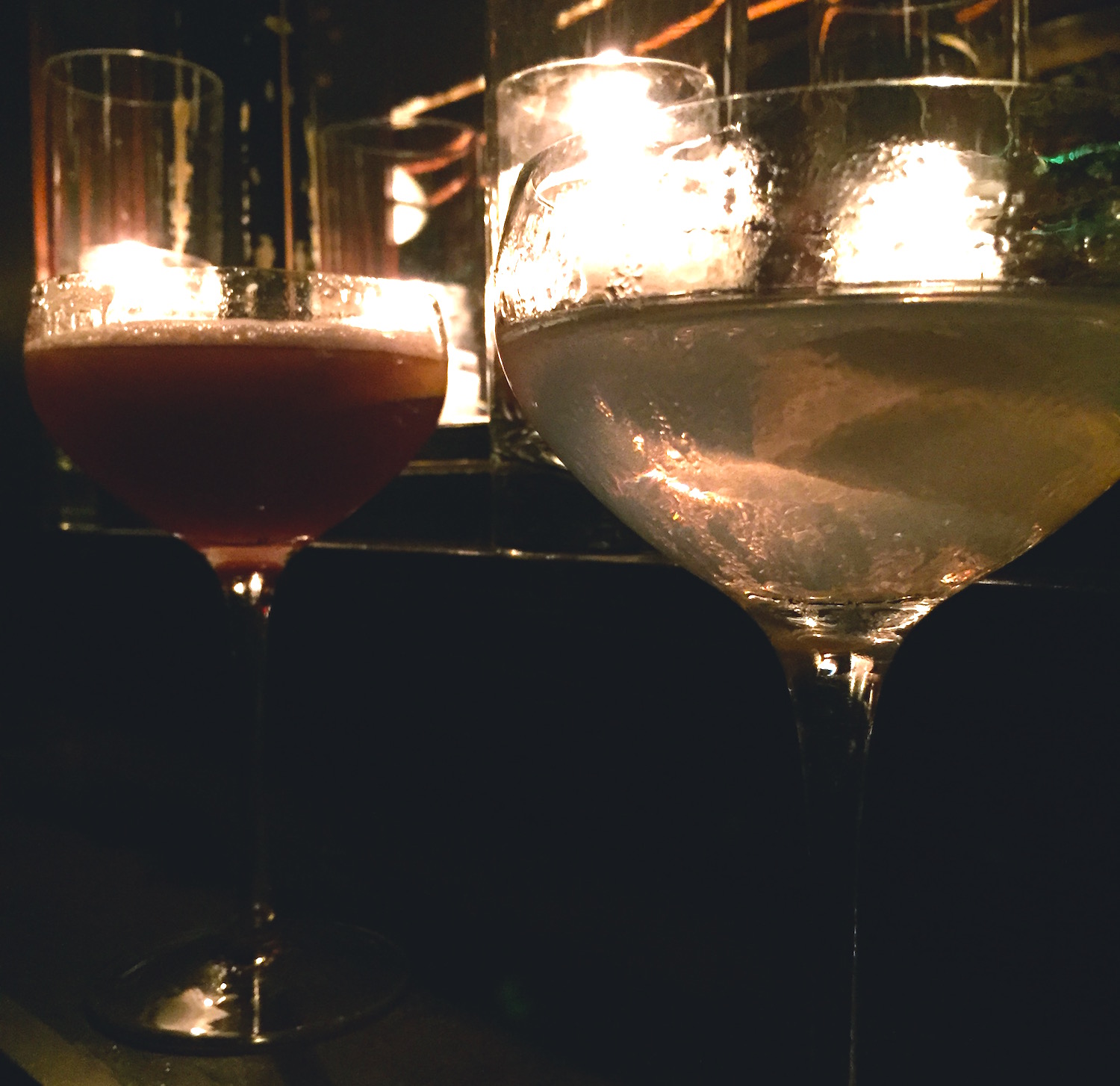 Provençal (in front) and a Billionaire Cocktail

It's mainly due to atmosphere. I've come to the conclusion that if you're a fancy cocktail bar, seating-only is the way to go. Maybe that means you have to take reservations, but the overall experience is far better. For example, I had a much better time at Milk&Honey, where you sat down and the waitstaff helped you choose a drink.

I think that's the same reason I didn't enjoy Candelaria, in Paris, which is number 17 on the list. It was way too crowded and felt more like a sports bar during a Super Bowl than a nice cocktail place.