On the southern outskirts of Asheville is the Biltmore Estate. Built by the Vanderbilt family in the 1890s, it's the largest home in the U.S.A. and is open for tours. It's ridiculously expensive to visit – $60 per person is the cheapest adult ticket. Once you get in, there isn't much guidance on where to go, so the audio guide is well worth the extra $10. If you're spending $60 already... might as well, right? 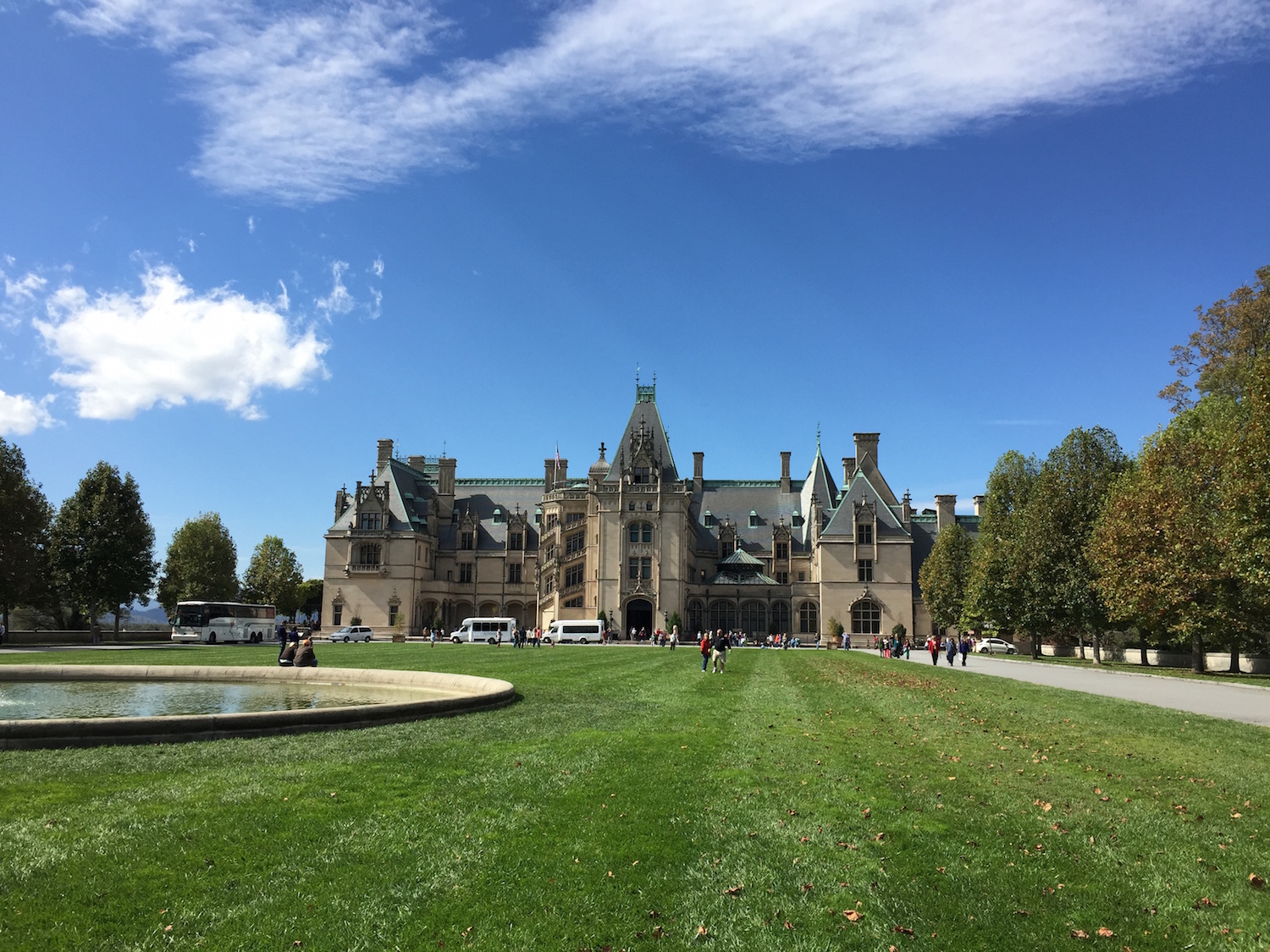 I've been to a fair share of grand homes in the UK and France, and it was interesting to see the American version of that. Obviously, this house was built way after Blenheim or Versailles. It had a lot more modern aspects that surprised me. For example, electricity was used widely throughout the house – the clocks were synchronised that way. The indoor swimming pool (!) was lit with DC bulbs. There was an electric dumbwaiter from the kitchens. All of these "modern" marvels I'd never seen in a grand home before.

Also, it was very noticeably a home, which isn't necessarily clear in other stately homes. Wandering around Versailles, how easy is it to imagine people living their lives there? Pretty tricky, in my opinion. Biltmore felt planned as a home – areas for family friends, areas for casual everyday living. It was far more welcoming in that regard. I'm still not sure if it's worth the price tag, but I guess I'm glad I saw it.

Asheville itself seemed nice, although we didn't stay in the centre. The only place we managed to get to was The Admiral, in the west side of the city. It was recommended by a number of people. Booking reservations was tricky – on a Monday night the only two slots were 5:30pm and 9pm. It's a popular place! 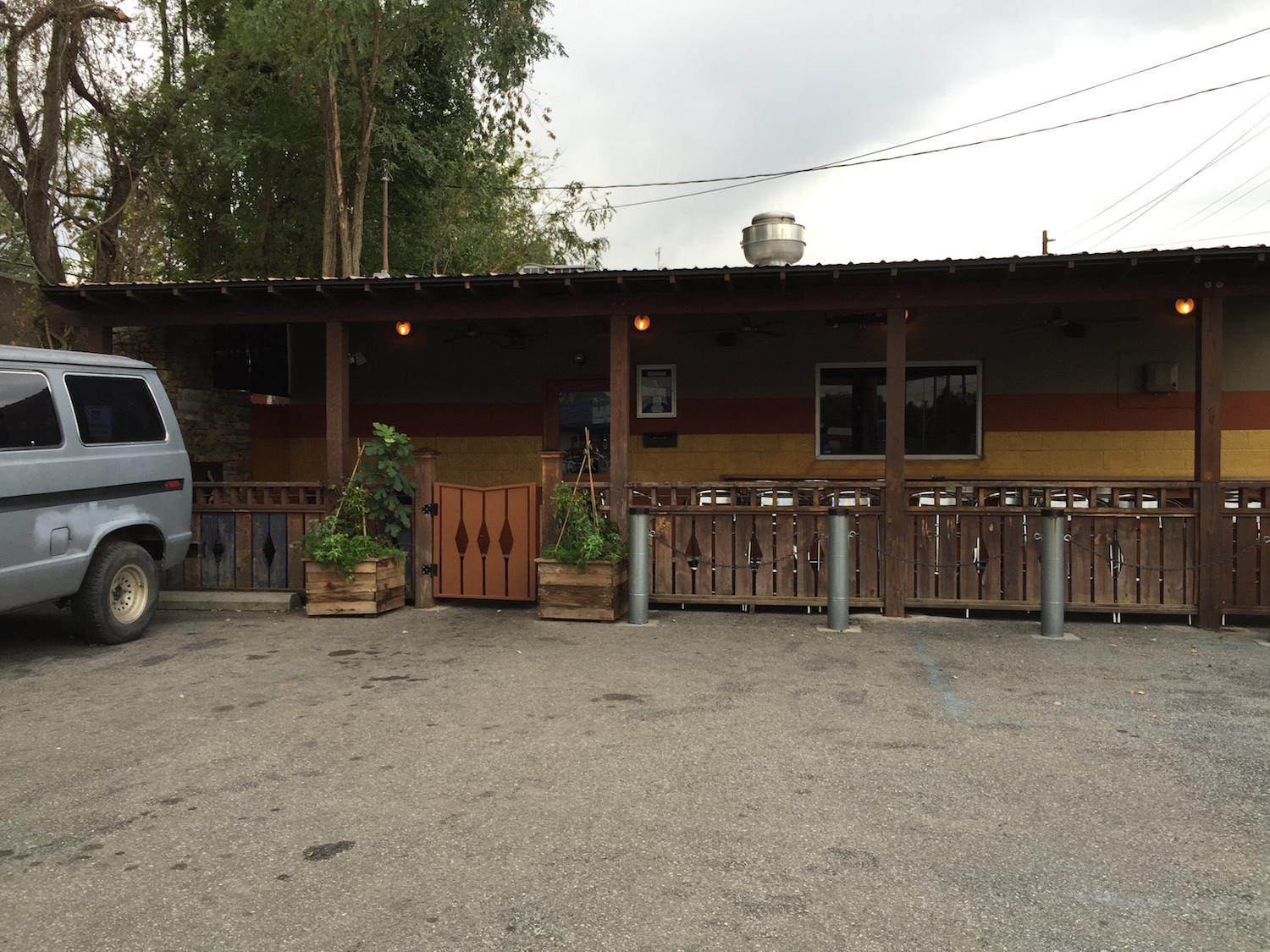 It seems more like a dive bar than anything. Inside, it's even decorated like a bit of a dive bar. No tablecloths, neon beer signs on the wall. The menu is pretty high-falutin, though. Tasty cocktails to begin with.

Then some fancy versions of mostly Southern food. We ended up getting a bunch of small plates and one large plate – the pork chop – as we'd heard so much about it. By far the stand-out dish was the mussels.

They'd been cooked in a PBR/tomato/chipotle broth and it was delicious. We also got the fried gnocchi, which tasted just like tater tots. The steak tartare was nice but came with a bunch of sriracha over the plate (whyyyyyy???). We got some fried sweetbreads with chipotle grits. They were good, but didn't really take advantage of the sweetbread itself – it could have been any random chunk of meat. The creaminess of the sweetbreads, if anything, just melded into the creamy grits. The pork chop was tough but tasty. It came with some way-too-sweet mac and cheese.

Anyway, after the meal we sat outside on the porch – right next to a gas fire. It was a pleasant end to the meal.

The next day, we headed to Raleigh for All Things Open. It's a gigantic conference – I think there were about 1,000 attendees and ten tracks. I didn't manage to go to half the talks I wanted to, but I did have a good time hanging out. I finally got to meet the awesome Trek, who's hung out with Hampton at a bunch of conferences.

If you're looking for a decent cocktail in Raleigh, head to Common 414. They had a solid selection of classic cocktails and didn't seem to get too busy (at least when we went, which admittedly tends to be earlier in the evening).

Due to a scheduling mix-up, we had to leave Raleigh earlier than anticipated. Our next couple of stops were in the heart of Virginia – and I'll be talking about those in the next post.