Orlando is a strange place. Knowing a number of people who live (and have lived) there, we're always instructed to explore the city. "There's so much more than theme parks!" we're told. And that's true! We explored a little last year – we were recording with Treehouse and found a couple of great places. Hanson's Shoe Repair is a cool speakeasy hidden behind a downtown bar/club. The Winter Park area seems neat, too – we had a great meal at the Ravenous Pig.

But exploring Orlando as a city wasn't on the agenda during this trip. We had four days booked at Universal Orlando, probably our favourite theme park complex.

In particular, we were there for two things: visiting the London/Diagon Alley extension of The Wizarding World of Harry Potter and Halloween Horror Nights.

I'll talk about Halloween Horror Nights in another post. Here I'll sum up the new Harry Potter area in Universal Studios. The London/Diagon Alley extension opened earlier this summer. In all, they've done a very good job. You start in London – it looks like a bunch of generic London buildings stuck together. The most exciting one (for me) was the King's Cross replica.

I liked the fact that they used King's Cross (rather than the more gothic St Pancras station that was used in the films). It's a really good replica of the station (it was my London terminus when we lived in Cambridge). The departure board has legitimate trains – I've been through Finsbury Park many times.

You can walk into Platform 9 3/4 and catch the Hogwarts Express to Hogsmede (in Islands of Adventure). 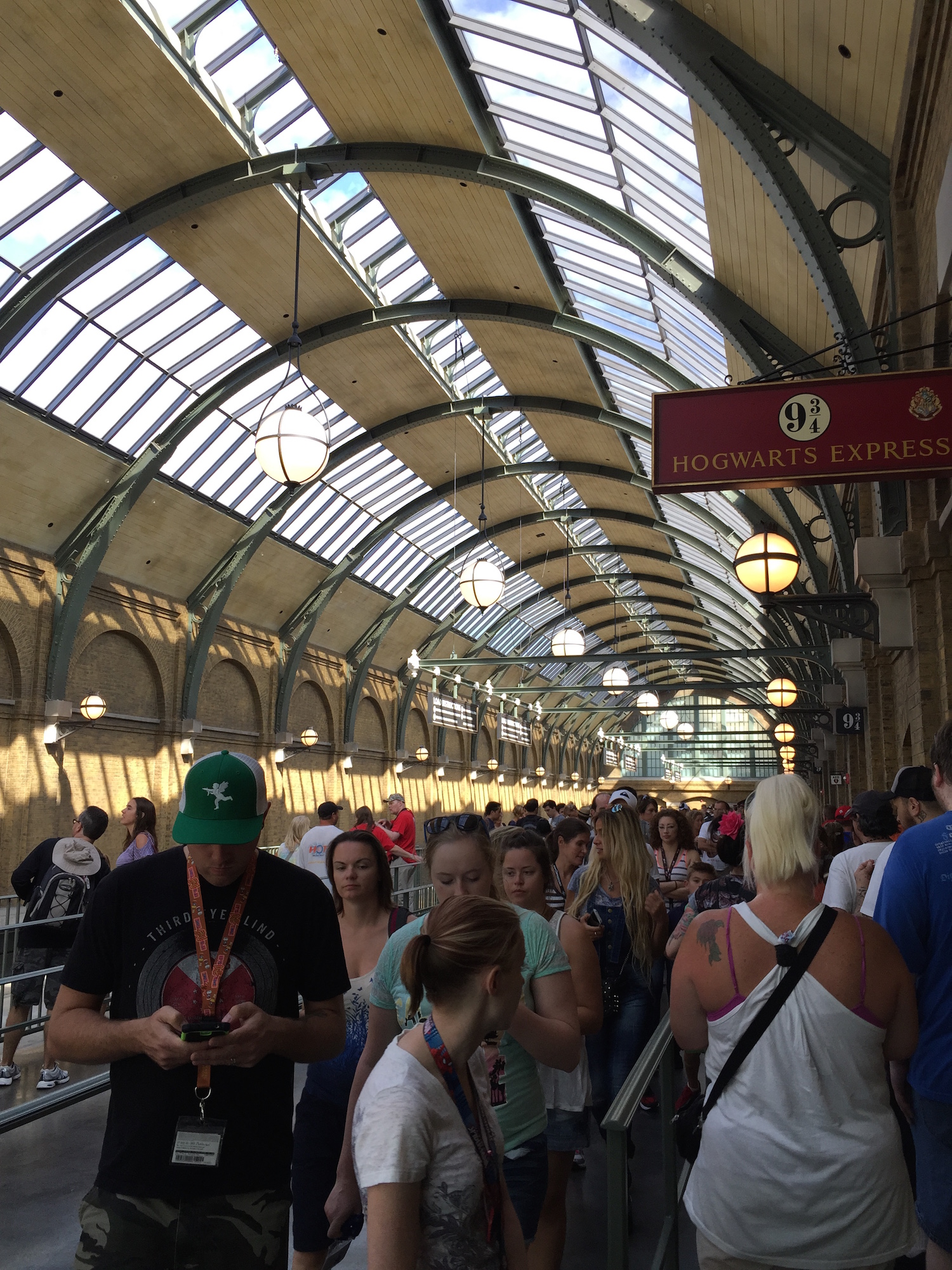 The train ride is a lot of fun – the windows project your journey from London to Hogsmede. The train takes passengers back, with a different story, so make sure you ride it both ways. If you're short for time, we both preferred the London -> Hogsmede direction.

Diagon Alley itself is hidden behind an unassuming brick wall. So unassuming, we had to have it pointed out by a Universal employee. She saw our confused looks and whispered, "You might want to check out that brick wall over there!"

It opens up into a narrow alleyway with an imposing dragon perched at the far end. It's sat on top of Gringotts and it makes for a stunning visual introduction to the area. 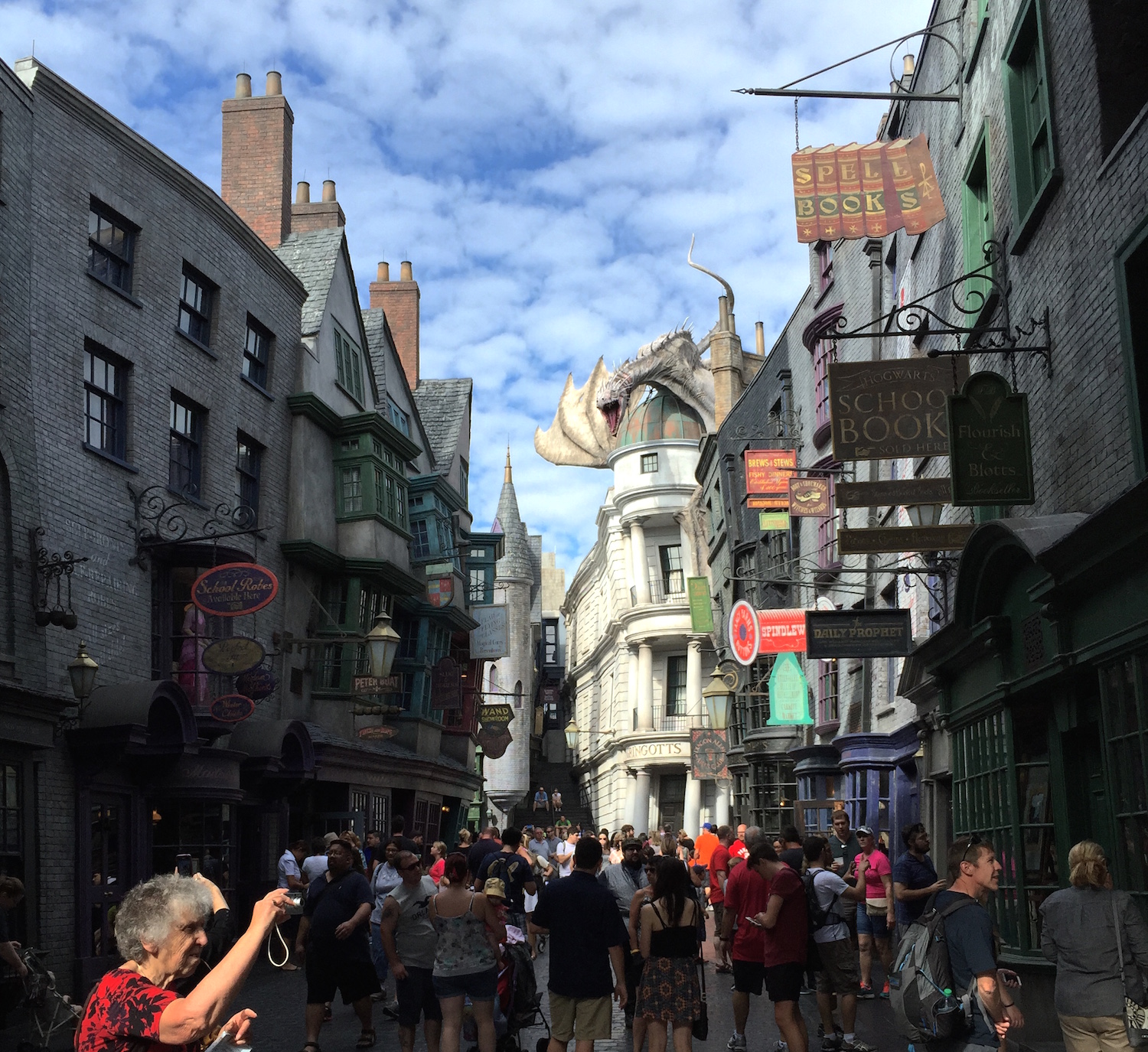 Make sure to check out the side alleys – there's one to each side as you walk in. In particular, Nocturn Alley (on the left as you walk in) is a dark and spooky area where you can buy all the skull-shaped items you could ever dream of.

Anyway, onto the new ride: Escape from Gringotts. We had high hopes – The Forbidden Journey, over in Hogsmede, is one of our favourite rides.

The line times are pretty hefty – we were lucky enough to get in pretty early on a Thursday with only 30 minutes to wait. For the rest of the weekend, it was at least 120 minutes. The queue area is neat – you walk into Gringotts and see the main banking area. 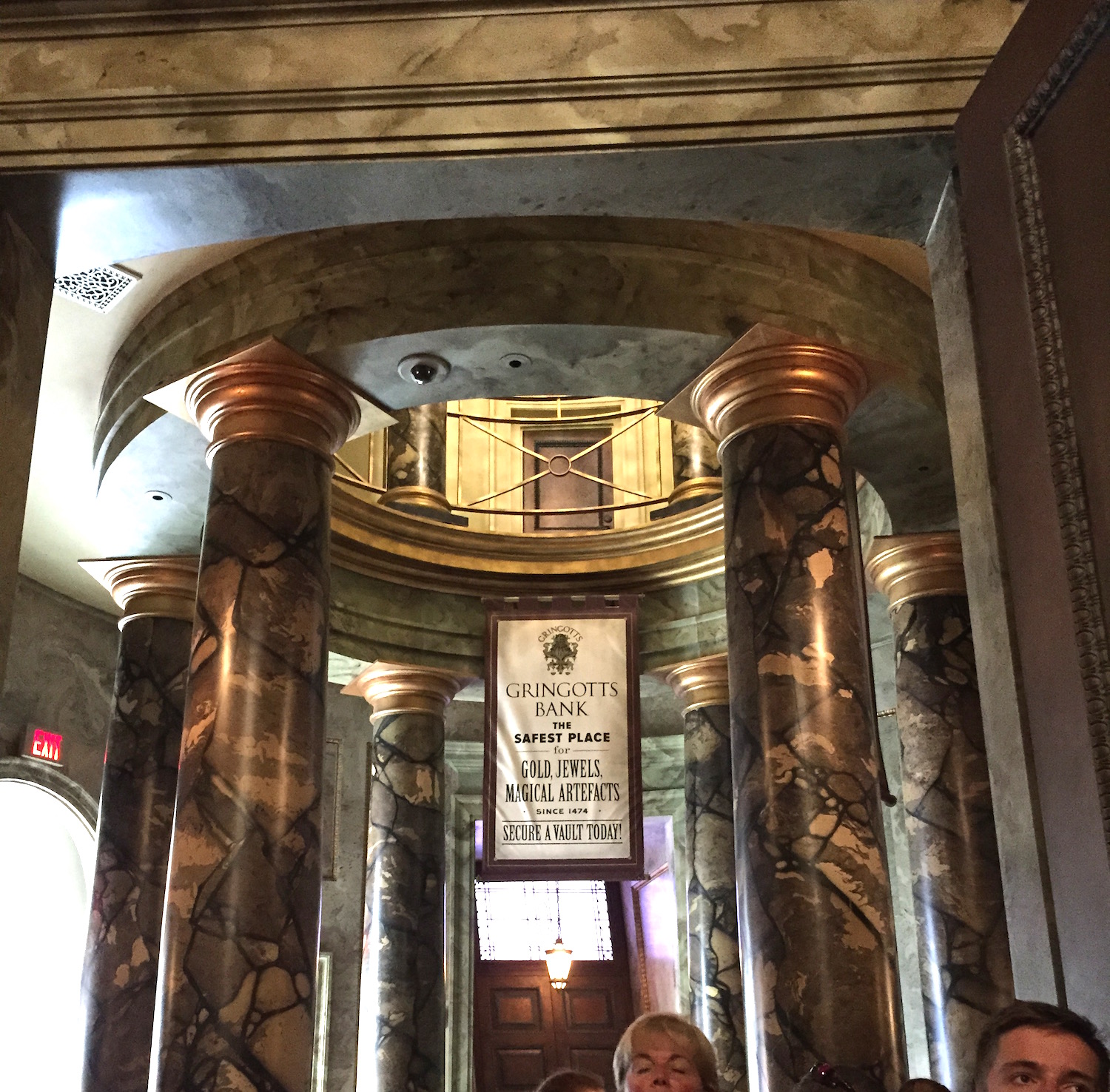 Along the hallway are animatronics of the goblin bank tellers. 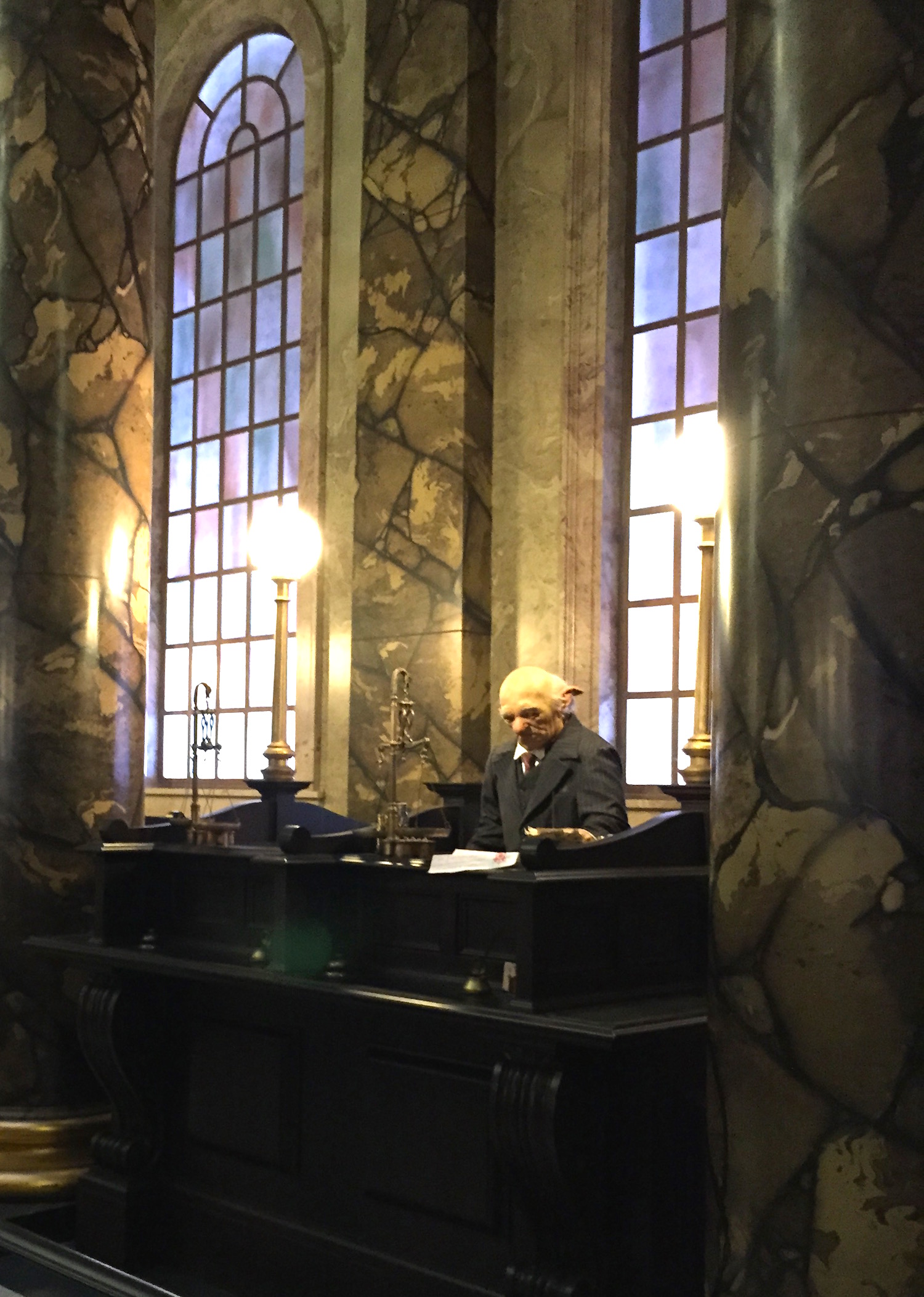 You walk past these into the vaults and back rooms of Gringotts. 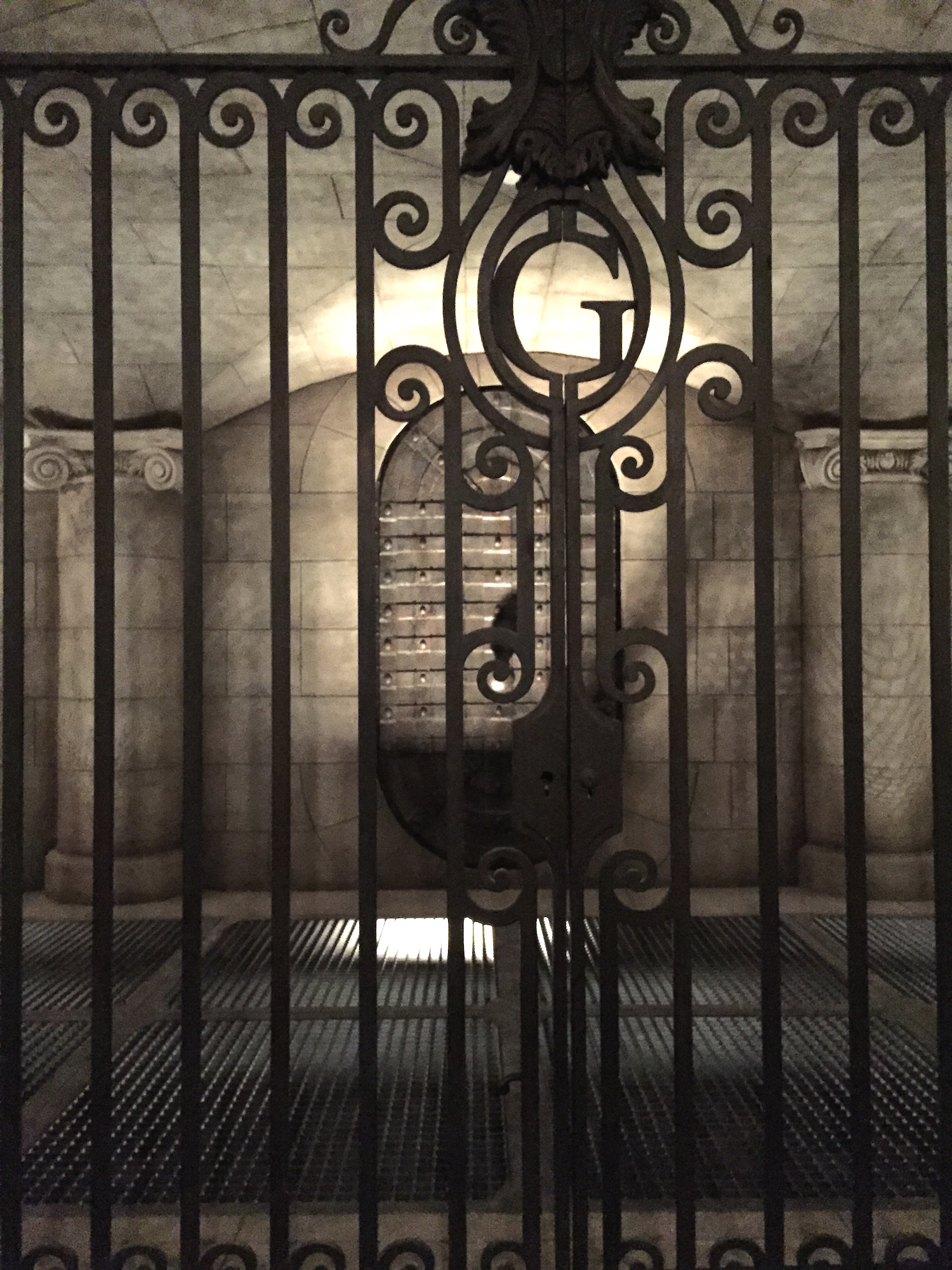 There's a weird break in the queue where you have your photo taken. I don't know why they do this – it's just against a plain background. Maybe it's because they didn't want to put a camera on the ride? Not a clue. But there's more queuing after that.

Then you're put in a "lift" that takes you into the deepest vault area. You then walk up some stairs, grab some 3D goggles, and enter a mine-cart-like-thing. It looks a little like the one from the Revenge of the Mummy.

The ride is mostly large 3D projections following some half-arsed story about Voldemort. It is not an enjoyable ride. It fails in a couple of ways. To begin with, there's very little use of the track as a rollercoaster – there are maybe two small drops in total. It's definitely not an exciting ride, and makes me wonder why they decided to use a rollercoaster-style track without utilising any rollercoaster features.

Also, the ride is essentially a series of short 3D films. The great thing about The Forbidden Journey (or the older Spider-man ride) was that they seamlessly blended real-life features (animatronics, props, forced perspective) with pre-done projected segments. The problem with Gringotts (and the recently-opened Transformers: The Ride) is that there's no inventiveness – you just move from one projection to the next, and that's the adventure.

Anyway, we were pretty disappointed. We wanted to ride it again to see if it improved on second ride, but with 120 minute queues we weren't willing to wait. The good news is that the rest of the area (and the Hogwarts Express to Hogsmede) was really fun – and that's enough reason to go.