For our five year anniversary, we decided to head down to Walt Disney World for a few days. I had never stayed "on property" (i.e. in a Disney-branded hotel) before, so we opted to stay in the French Quarter New Orleans. It's priced in the middle of the pack – not as expensive as the Grand Floridian or the Contemporary, but not as cheap as the All-Star resorts. (See a handy table on the Wikipedia page.)

We also wanted to get our hands on the new Disney MagicBand. It's an all-in-one ticket to the parks, key to your room, and FastPass. We were really excited about getting them. You customise them online and they come in the mail. 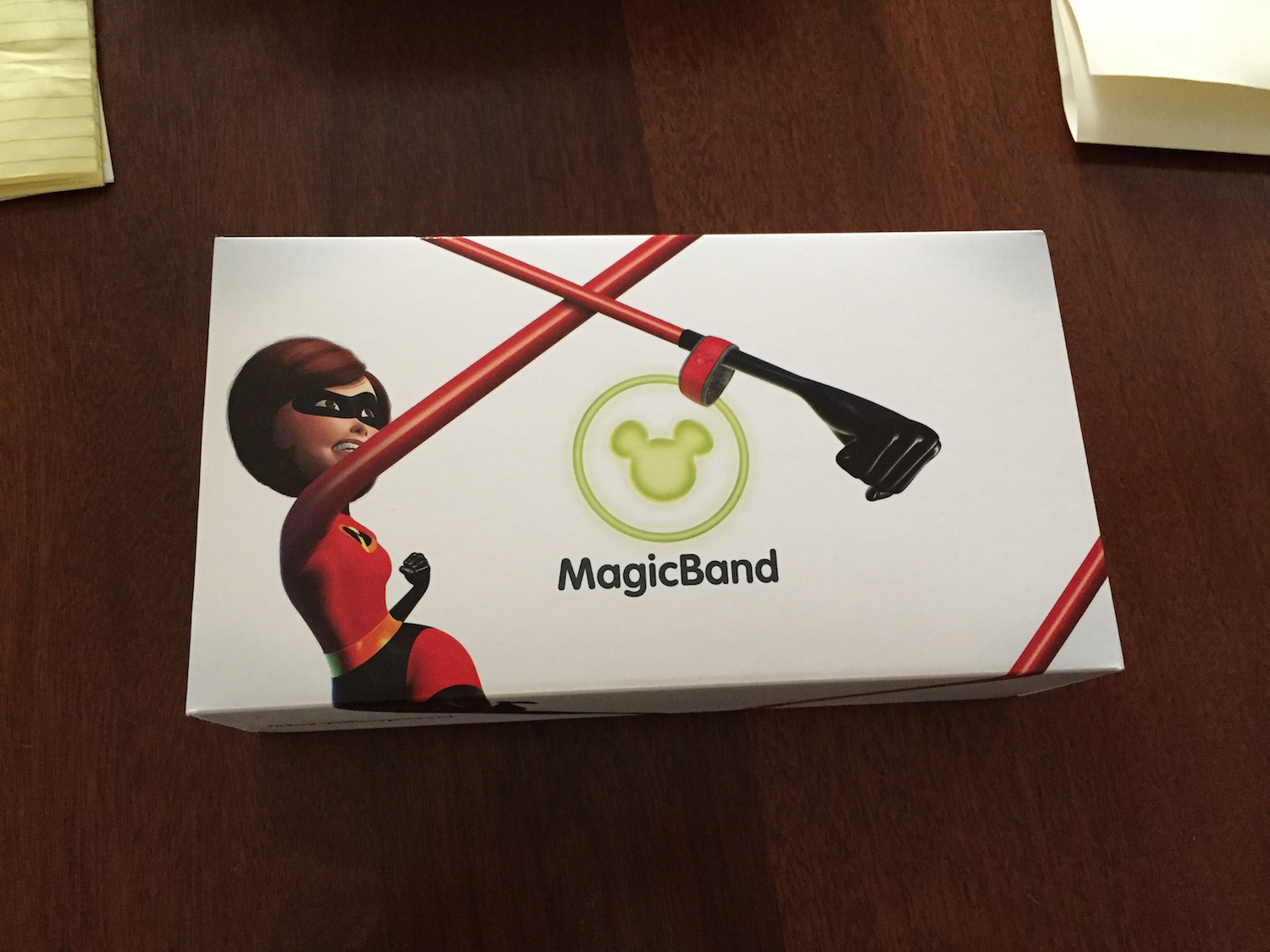 The packaging reminded me of an Apple product – it was uncluttered and put the product up front. 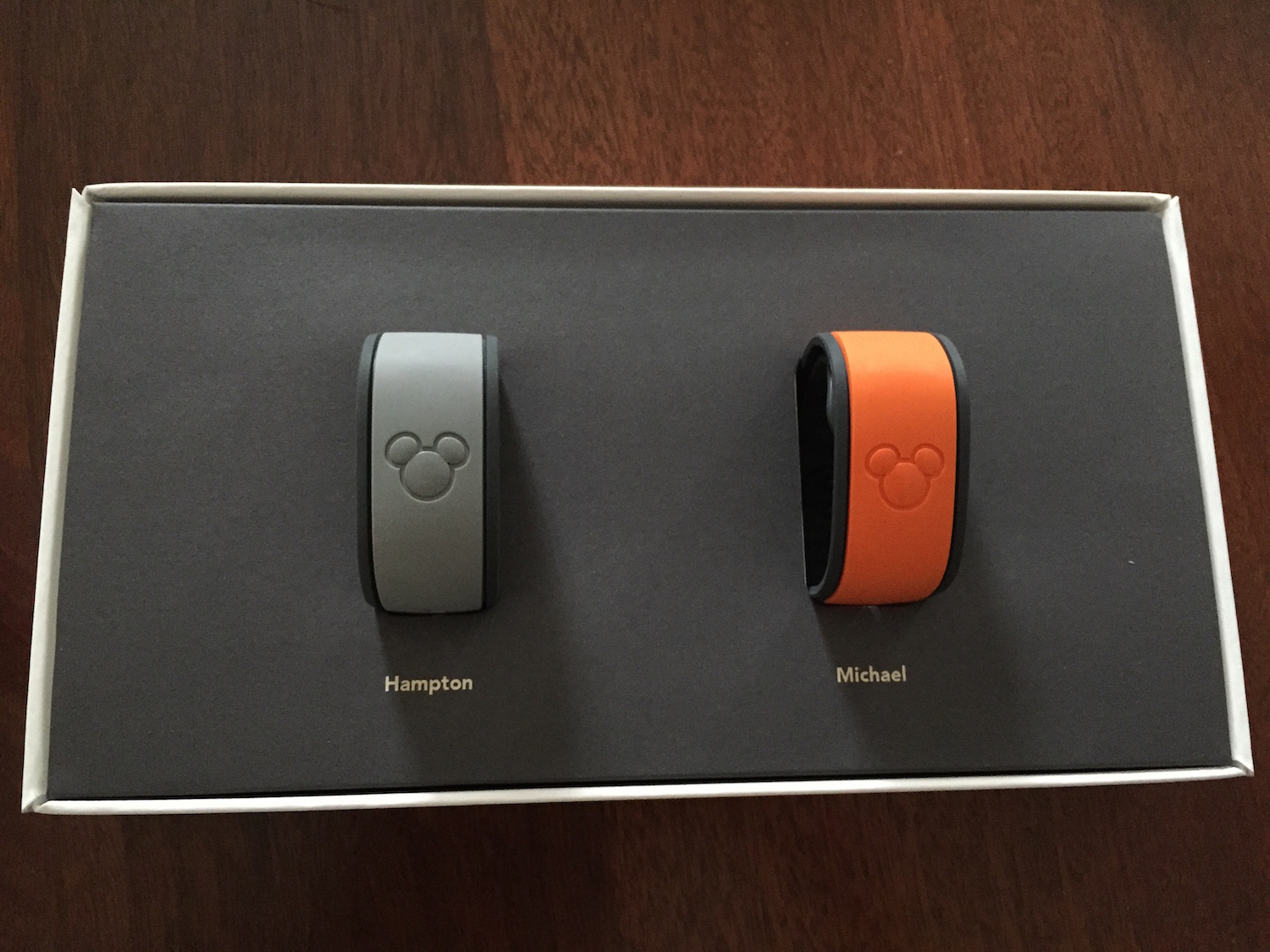 The bands even had our names on the inside in case they got mixed up. 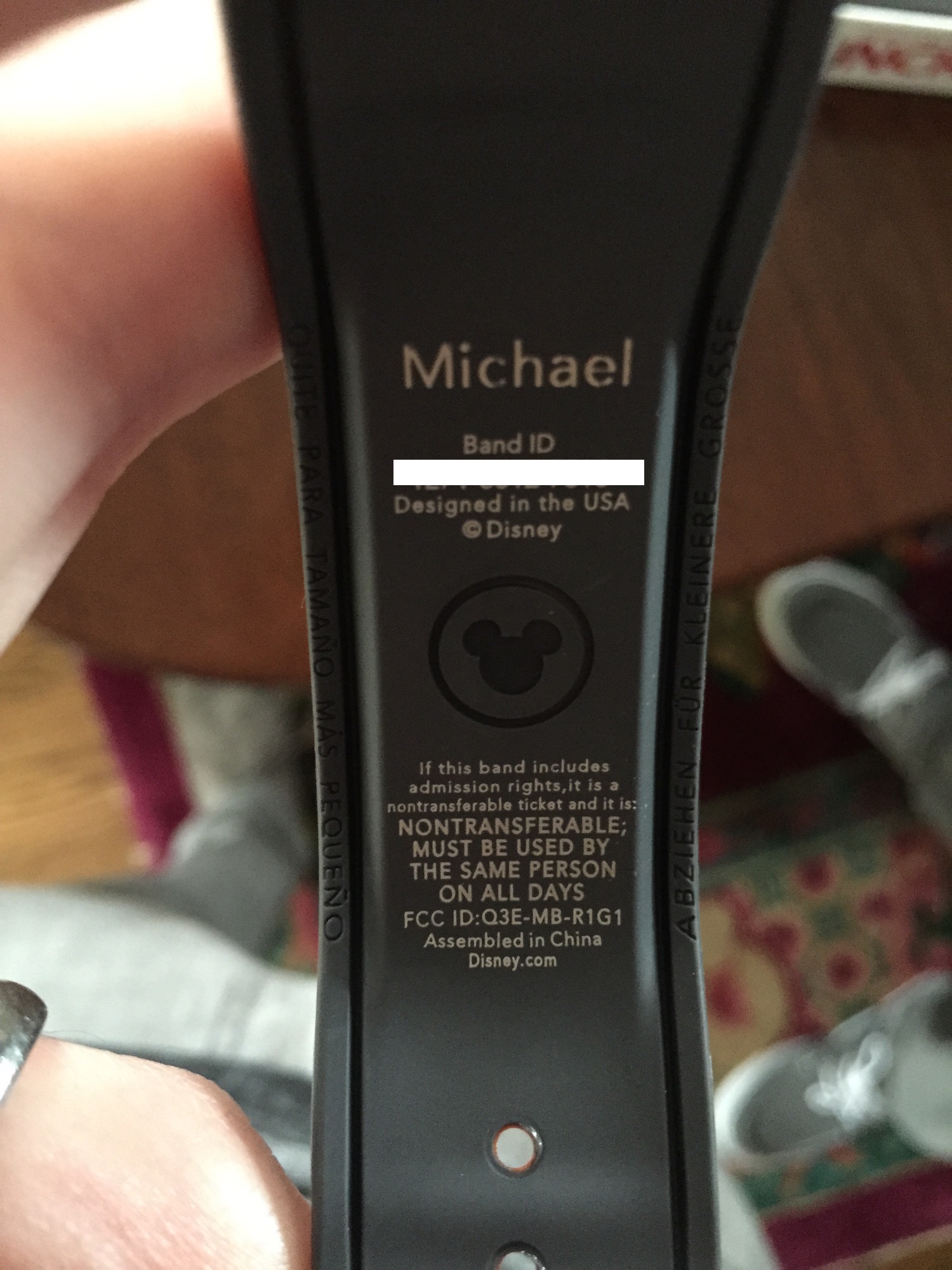 Inside of the band

Staying on-site also gives you the opportunity to take the Disney buses from hotels to the parks. You don't need to worry about the hellish carpark at the end of the day. We decided to do the Disney dining plan, too – one snack, one quick meal, and one sit-down meal per day.

We checked into the hotel, and although the surroundings were nice, the room was disappointing. It was laid out exactly like a motel – a sink area you can see as you walk in the door, a curtain to separate it from the rest of the room. It seemed like that could be a useful layout for families, but it didn't have the "magical" feeling I was expecting – especially for the price we were paying. I couldn't help but compare it to the far better Lowes Royal Pacific Resort at Universal, where we stayed the previous week.

We were there for four days – with one day in each of the four WDW parks. On our first day, we headed to Epcot to catch the end of the Food and Wine Festival. Held every autumn, they put up extra food stands around the World Showcase representing different countries/cultures.

Anyway, as Epcot is one of the parks where you can drink, we decided to take advantage of the Disney bus system. Here's a pro-tip: don't use the Disney bus system. Waiting at our hotel's bus stop, was awful. Three or four buses for the same park would go past, and no passengers would get on. When our bus did come by, it was packed. After about fifteen minutes' wait for the bus, it was another fifteen minutes to get to the park. Then you're dropped off quite far from the entrance, so there's some extra walking. It was not worth it. In the Disney vs. Universal battle, the walkable distance from the parks to the resort hotels makes Universal a much more convenient experience.

Our day at Epcot was a lot of fun, though. Spending a whole day at Epcot allowed us to wander through the World Showcase. We managed to walk through all the countries – into the back areas and shops, which tended to be empty. The amount of detail is incredible. It also helps that some of the countries (such as France and Germany) have wine. That kept us in a good mood. 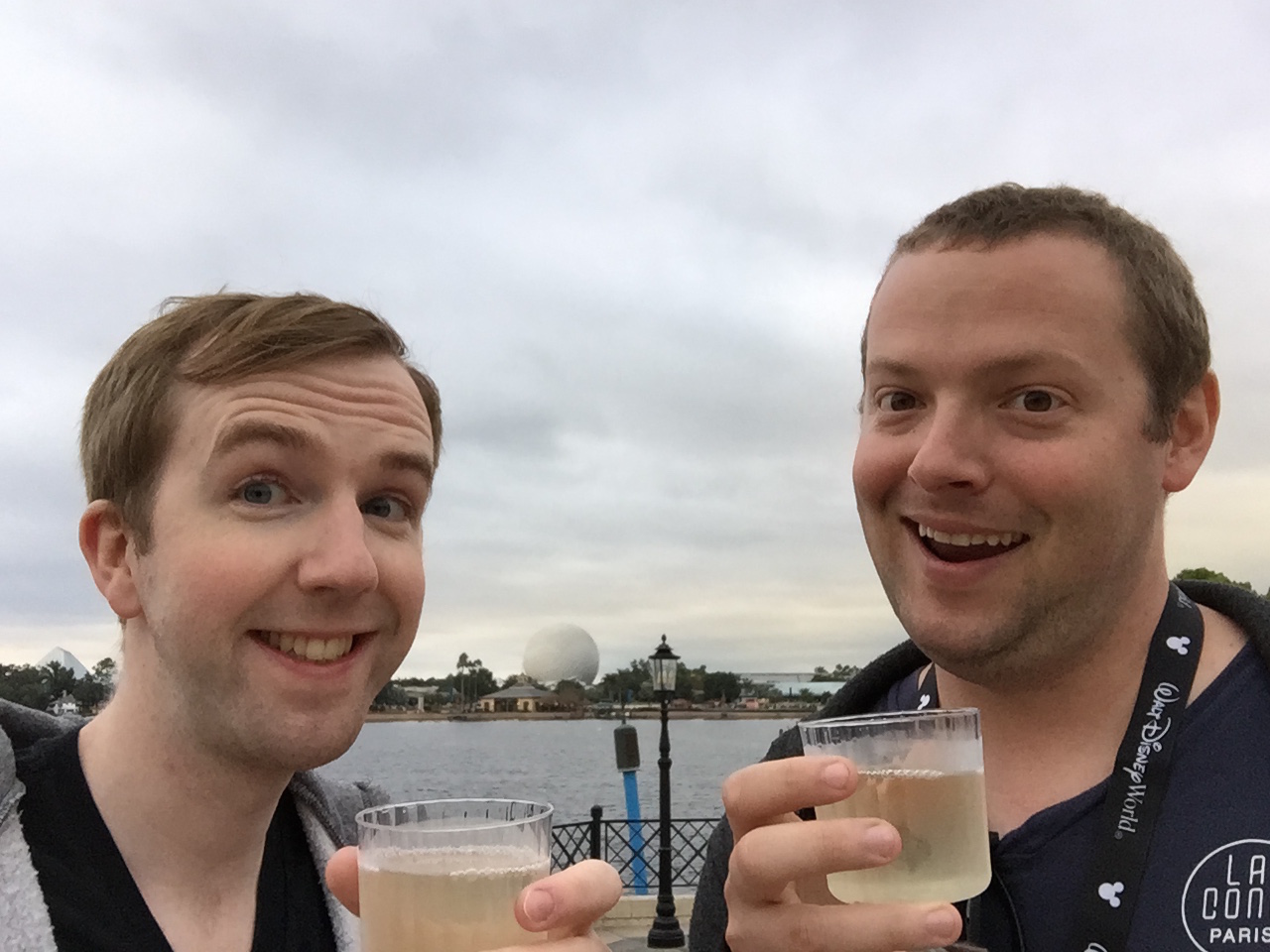 We did Hollywood Studios the next day, then the Magic Kingdom. I was blown away by how busy the Magic Kingdom was – it was a Wednesday in the off-season and even high-throughput rides like Pirates of the Caribbean or the Haunted Mansion were at 50-minute queue times.

Animal Kingdom we left for the final day. They're apparently undergoing a lot of expansion, and we wanted to check it out before Avatar land opens. We rode Expedition Everest a couple of times – it's a great ride, but the only must-do at Animal Kingdom.

Two other disappointing things: the dining package and the FastPass options on the MagicBand. We got the standard dining package which, as I mentioned above, covers a snack, quick serve meal, and a sit-down meal. We booked it through Disney – as we were staying there three nights, we assumed the package would cover four days. Unfortunately, that's not the case – so be aware of that.

Also, the sit-down meal gives you two courses. However those two courses are only the entrée and dessert. You can't switch the dessert for an appetiser. That kinda sucked for us as neither of us really eat dessert.

We used two of our "sit-down" credits on Citricos, the fancy restaurant in the Grand Floridian. I've got to say – the overall experience was a little strange. The food was top-notch, and you could see the Magic Kingdom fireworks from the main dining hall. But the drinks were terrible and there were mostly families there – so not particularly romantic or anything. Can't really complain about families, though, it being Disney and all that.

The best thing to do if you do get the deal is grab a Starbucks coffee at either the Magic Kingdom or Epcot. It counts as a snack – no matter how many extra espresso shots you get. Pretty neat.

FastPass is the way you skip lines at Disney. You used to get a card with a specific return time on it, but now you pre-arrange three rides you want to do at specific times. Staying on Disney property does not give you more than three. Everyone gets that. Compare with Universal, where if you stay on property you get an Express Pass "free," and it works any number of times for all designated rides.

I don't think we'll be staying at a Disney resort any time soon. If we do, I think it would have to be one with better transit options (i.e. one on the monorail). Driving to the parks is a far better option than the bus. I just don't see any real benefit that staying on-property offers.